The scale of the revelations in the Panama Papers leaked this spring can lead to a feeling of helplessness. There are 11.5 million documents concerning 214,000 shell companies, which implicate hundreds of international politicians and officials including presidents, prime ministers, and royalty—and the long list is not even comprehensive. It only tells part of the story of one of the world’s many tax havens. How could this tide of corruption ever be stemmed? The mega-rich, undeterred by a few days of media outrage, are assured in their immunity, which stretches all the way to faraway treasure islands. Loot from bank bailouts, tax evasion, and other processes of capitalism continues to gush offshore.

Meanwhile, whistleblowers and hackers have become the heretics of our age. The establishment is intent on vilifying them as threats to national security, whether they reveal war crimes, like Chelsea Manning, or tell just how much governments are snooping on us, like Edward Snowden. The irony is that not only the leaks themselves, but also the new ways leakers are operating, reveal that the state is not working in the public interest. Try as they might, it seems those attempting to stem the leaks are the ones battling against the tide, fighting a desperate battle to maintain their legitimacy.

Take Spain as an example. In May 2012, a year after Spanish anti-austerity protests that brought millions into the squares, a network of activists called 15MpaRato asserted in an online statement: “Banks are untouchable, but bankers are people that can be held accountable. So . . . we’re going for the bankers!” 15MpaRato set out a five-year strategy focusing on Rodrigo Rato, the ex-president of Bankia, the bank awarded the most money in Spain’s post-crash bailout, and former managing director of the IMF. The decision could not have been more ambitious. At the time, Rato was well known, well connected, well respected, and a contender to become prime minister—a top don.

Simona Levi is a performing artist and the co-founder of Xnet, the Barcelonan hacking, arts, and activism collective that launched 15MpaRato. She tells me its initial legal attack—a plea for information about stock market false advertising—was based on a hunch: “15MpaRato started with an important perspective, but without evidence. We understood that as Bankia took a financial product to the stock market that collapsed completely, they must have known this would happen.”

“The mainstream and even independent press are not used to recognizing this has been done by normal people.”

The project invited anyone to contribute to an anonymous digital Dropbox collating information on wrongdoing. Sure enough, key information leaked to 15MpaRato showed how Bankia employees were told to target inexpert customers when selling complex, risky products. A legal case relating to the “black” (or unofficial) corporate credit cards alone embroils sixty-six bankers, high-ranking politicians, and trade union bosses with charges suggesting the cards were used for buying favors. The global tax consultancy Deloitte could lose its license to work in Spain for colluding with Bankia on its dubious stock-market flotation. Rato, meanwhile, now faces criminal charges including tax evasion and credit card fraud; sentencing is expected in 2017.

Back in June 2012, 15MpaRato launched a crowd-funder to raise €15,000 for legal fees; it exceeded this figure within one day. With the money, a private case was brought forward on behalf of small investors who lost their life savings when they bought into Bankia’s stock-market flotation. The case was taken on by Spain’s public prosecutors. In March of this year, the Supreme Court of Spain concluded that Bankia will have to compensate the small investors to the tune of €1.84 billion. Working with the processes of law is costly, but Levi encourages others to do so, too: “If not, political parties will use the courts as system for their private wars.”

It’s important to Levi that the reclamation of wealth is the work of the public: “The mainstream and even independent press are not used to recognizing this has been done by normal people. It is the major fight that history is written by the real actors, not parties or institutions.” To rectify this, 15MpaRato’s latest project is a piece of theatre directed by Levi, called Hazte Banquero (the title translates to “Become a Banker,” a Bankia slogan). The script focuses on Rato and his predecessor, Blesa, and uses words taken from Blesa’s emails, as well as the evidence in the Bankia case. It premiered at Barcelona’s Festival Grec. There are plans for a film adaptation.

The story of leakers ending the immunity of the 1 percent was picked up where it left off by Iceland. While the media storm about the Panama Papers largely made the global rounds to little effect, Icelanders ousted their tax-avoiding prime minister, Sigmundur Davíð Gunnlaugsson, and other senior officials. New elections will be held in autumn and the pro-hacking Pirate party is consistently leading the opinion polls.

Perhaps the Panama Papers fallout was so dramatic in Iceland because of the nation’s idiosyncrasies. Its relatively small population of 330,000 means riot police cannot use violence against peaceful protesters with the anonymity they might enjoy elsewhere. Pragmatism also perhaps comes with the territory, a remote island on the fringe of the Arctic Circle. But the main explanation for the swift peaceful coup d’état is that it built on the 2008-2009 Pots and Pans Revolution—the winter revolt that saw Icelanders banging kitchenware protesting against socializing private bank debts that could sink the country.

In 2009, Iceland became a direct democracy lab: How do we create a crowd-sourced constitution, Icelanders asked? How do we fuse digital direct democracy into Reykjavík municipal politics? How can we establish protections for whistleblowers, leaks, and investigative journalism? The direct-democracy Citizens Movement won four of the sixty-three seats in the Alþingi, Iceland’s Parliament, in the April 2009 elections, and although that only lasted for one term, their tenure left behind the International Modern Media Initiative (IMMI). It aims to turn the island into a transparency haven by cherry-picking the best laws from around the world to protect freedom of speech and the freedom to leak.

IMMI was pushed by artist, activist, and Citizens MP Birgitta Jónsdóttir. In 2010, while in Parliament, Birgitta had co-produced Collateral Murder, WikiLeaks’s first viral document: a film of a U.S. gunship shooting unarmed civilians during the invasion of Iraq. In effect, the idea of IMMI is to legalize and protect WikiLeaks. In 2012, Birgitta co-founded the Pirate Party. Hacking has given the Icelandic democratic revolution a self-perpetuating element: The leak from Panama is helping more hackers move into government, where they will now be able to push pro-hacking laws.

Hacking has given the Icelandic democratic revolution a self-perpetuating element.

Since the Alþingi initiated IMMI, it has made small steps, such as strengthening source protection. Last year it also revoked blasphemy laws to increase freedom of expression. A whistleblower protection bill is soon to be presented to Parliament. Guðjón Idir, the Executive Director of IMMI, tells me that the main next steps are to increase data protection, reform defamation laws, and protect Internet intermediaries (from Internet Service Providers, to online platforms, to the physical places you can get online, such as internet cafes). Snowden’s leaks and a UNESCO report last year show how the right to privacy is often neglected by laws enabling state agencies to press intermediaries to pass on the information they collect on their users.

With the Pirates on the verge of governing, and IMMI in their DNA, I ask what it would mean to create a transparency haven. “Having a complete ecosystem for supporting free expression would be a major win for civil rights, not only in Iceland, but globally,” Guðjón answers. It would create a space where journalists, NGOs, human rights defenders and other parts of civil society could start or finish projects without the threat of legal retaliation. “Already many media from numerous countries have decided to fully or partially host their data in Iceland.”

The need to protect whistleblowers and journalists from corporate power was illustrated ten days after the Panama Papers release, when the European Parliament voted in the Trade Secrets Act, criticized for enabling corporations to sue whistleblowers.

“One absurd thing about the Trade Secrets Act is you now have to prove that the leak is being made with good public intentions. But many leaks come from ex-lovers or for other personal reasons, which does not make them any less useful for establishing justice,” Simona Levi says. (Levi’s Xnet is collaborating with the European Greens and the Courage Foundation to create European whistleblowing protection laws.)

Levi tells me the Trade Secrets Act was passed quickly in the European Union’s drive to ratify the super-secret U.S.-Europe free trade agreement TTIP, the negotiations of which Greenpeace Netherlands leaked in May of this year. The documents confirmed TTIP would enable an unprecedented corporate power grab, with one provision increasing corporations’ ability to sue governments if they introduce laws that threaten profits—such as environmental or human rights protections.

John Hilary, Executive Director of War on Want, the UK-based global justice organization that is leading the fight against TTIP, tells me that the Greenpeace Leak could have put a stop to that. He explains that through TTIP transnational capital is trying to repeat the takeover it attempted in the nineties with the World Trade Organization free trade negotiations, which were ultimately defeated through the anti-globalization movement. Leaks are more crucial today, Hilary contends, as there was relative transparency in the 1990s negotiations. Back then global social justice campaigners worked in alliance with countries from the global South. Negotiators on the losing end of many proposed deals would share documents with them. In today’s TTIP negotiations no countries from the global South are invited and the negotiators are expected to maintain absolute secrecy, only seeing the documents in hermetically sealed rooms.

Reflecting on the Trade Secrets Act, Hilary summarizes: “It’s almost as if we have created this parallel universe where it is virtuous to keep things secret from the public and it is a criminal act to put them into the public domain.” 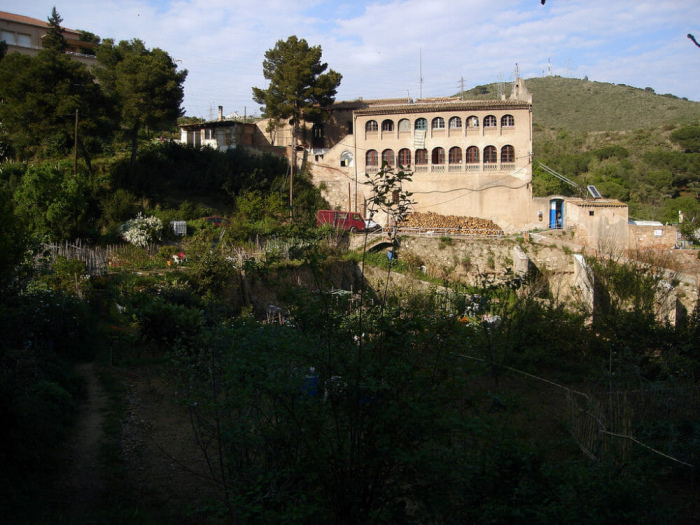 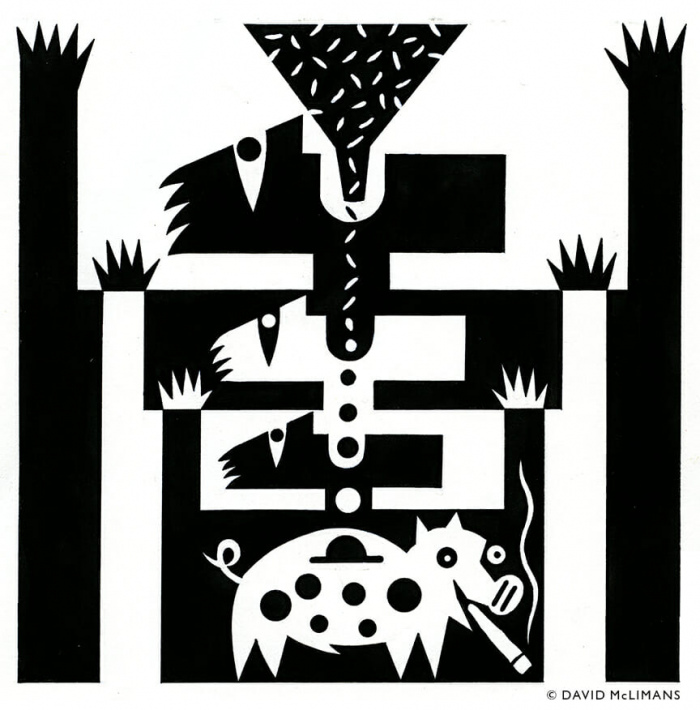 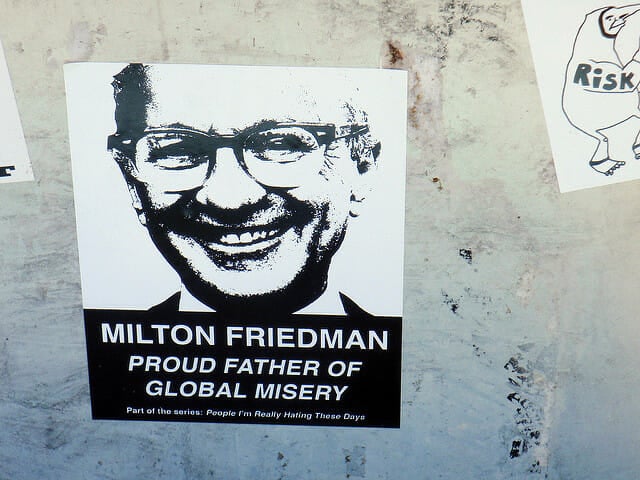