Kayleigh McEnany, the former White House press secretary, woke up on Wednesday, January 19, ready to tweet. It was an important date: the one-year anniversary of the end of her former boss’s tenure. “SIGNIFICANT,” she tweeted a bit after eight in the morning, linking to a Gallup poll according to which the share of Republican voters had risen by 5 percent in the final quarter of 2021, allegedly “the biggest swing in one calendar year for Gallup’s thirty years of tracking.” The statement is true, or rather sort of true. If you click on the link, something few of us are likely to do in our attention-deficient moment, the analysis of the poll reveals that even despite this “SIGNIFICANT” increase, Republicans still command a smaller percentage share of voters than Democrats or Independents. “Overall in 2021,” according to Gallup, “an average of 29 percent of Americans identified as Democrats, 27 percent as Republicans and 42 percent as independents.”

Kayleigh’s obfuscation is not surprising, but after a year of respite from the lurid hellscape of Trump’s governing louts, it was just enough to make me queasy. Over the past year, I have avoided Trump’s gang of garbage mongers. Their four years in office, during which we were all forced to be the terrorized audience to their boorish demolition of just about everything, was enough punishment. I have paid attention to the Biden presidency, its inability to pass voting rights legislation just as much a thorn in my side as it is for every progressive Democrat. Trying as that may be, it is nothing like the gasping, palpitating state of constant crisis that was the Trump administration. Twitter, we can all agree, is terrible, but it is far less so without Donald Trump. The same can be said about American politics in general; there is not much to recommend the vapid posturing of Democratic leaders like Joe Manchin and Kyrsten Sinema, or even Nancy Pelosi and Chuck Schumer, but it is all still better than it was during the follies of the doddering orange giant.

This is not what most political pundits think. Last week, following Donald Trump’s interview with seasoned NPR host Steve Inskeep, a number of NPR journalists joined a public Twitter Space to discuss the former president’s putting a sudden end to the interview. The talk turned to Twitter and whether its ban was helping or hurting Trump’s popularity. At least one NPR correspondent wondered if Trump’s absence from Twitter was actually a positive for him, in that it whetted the denied public’s appetite for the former president, a sort of absence-makes-the-heart-grow-fonder phenomenon. It was a shocking thing to hear, not least because the average working American isn’t using Twitter but also because the short attention spans that make Twitter popular also create an out-of-sight-and-out-of-mind phenomenon. Trump still gets attention from cable TV news, but being deprived of his pithy provocations on Twitter shrinks his oxygen supply.

I am not arguing that the Trumpism is over, or that Democrats will fare well in the midterms, or that the Biden administration’s (and the Democratic House and Senate’s) failures are not disappointing. I am arguing that the current political stalemate should be no surprise to most Americans who have more sense than to expect revolutionary change and transformative politics after electing an aged Washington insider who has never given a fiery speech in his life. President Joe Biden won in 2020 not because people necessarily believed in his promises but because they saw a centrist politician as a better bet than a megalomaniacal fiend.

It follows, then, that if President Biden were to run for a second term, his second win would also be less dependent on whether he has been able to fulfill all his promises (although that would be nice) and more a result of the American voters’ preference for a dull president who doesn’t thrive on chaos or deliberately foster a sense of perpetual crisis. This question of whether the American people would like a “boring” President was a topic for discussion on The National Review’s podcast The Editors. The white male pundits who make up the permanent panel of discussants had mixed opinions; when someone noted that most American presidents in recent history have been boring, it led to dispute about whether Biden is boring in a different way than Jimmy Carter or the two George Bushes.

Then there is the small matter of the Republican candidates who appear to be gearing up to challenge Trump in the presidential primary. One of them is Florida governor Ron DeSantis, whose refusal to say that he will not run against Trump in a primary is rumored to have caused a feud or at the very least a rift between the two men. In a recent interview Trump slammed “gutless” politicians who do not share whether they have received the Covid-19 vaccine. Trump has publicly stated that he is vaccinated and boosted. DeSantis at one point said he’d gotten the Johnson & Johnson vaccine but now refuses to say if he got a booster shot, claiming it’s a private matter. For his part, DeSantis, when confronted with the former president’s statement, told listeners of the conservative podcast Ruthless not to take the bait and believe media speculation about the fight between the two.

DeSantis presents a threat to Trump for several reasons. He is a popular governor who is expected to win reelection in Florida this year. He has forbidden mask mandates and vaccine mandates in his state and is a favorite among conservative Republicans who like owning-the-libs-flavored politics but are turned off by Trump’s theatrics. If DeSantis pursues a primary challenge, he would likely get at least some level of support from them. The most dangerous threat DeSantis poses, however, is that, in mounting a viable primary challenge against Trump, he would legitimize the very idea that Trump has tried to forbid: that you can be a Republican and not support Donald Trump.

After refuting that central tenet of MAGA-hood, DeSantis could throw all sorts of punches that could allow him to steal some Trump voters even while maintaining a “sane Trump” reputation among the suburban voters who seemed to have turned away from the Republican Party in 2020. DeSantis could question why Trump—big, powerful, and aware of the fact that the alleged “steal” of the election would happen—did nothing in his power to attempt to stop it until the very end. Since most Trump supporters are anti-vaxxers, DeSantis could say that Trump was irresponsible to declare his vaccination status when the right thing to do was to keep medical decisions private and let people “do their own research.”

All or any of this would mean a victory for President Biden. A “boring” Trump candidate might not bring high turnout in the particular rural, white demographic that loves Trump so much, while American suburbanites are likely to stick with Biden, whose inability to pass measures long championed by the progressive left could turn out to be his saving grace with the independent voters who more or less want some modicum of stability (or the appearance of it) and the privilege of not having to pay attention to politics. The candidacy of Trump will do what Kayleigh McEnany’s tweet did for me: serve as a reminder of the underworld we could once again be sentenced to, a prospect even darker in view of the-now established right turn of the Supreme Court.

Misstatements about polls and false claims about President Biden’s having the lowest favorability ratings of all time can provide the likes of Kayleigh McEnany or Stephen Miller or any others in the band of goons that made up the Trump circus a reason to live, but it is a precarious one. Trump’s absence from Twitter and somewhat lower profile means that those who do not worship him are not exposed to him. And that, for most Americans, is a familiar if not exactly a happy place. After the worst of the “Spanish flu” pandemic, Warren G. Harding won election in 1920 with a “return to normalcy” campaign. Americans already have a boring president and if that is reassuring in this time of unending uncertainty they might as well keep him. 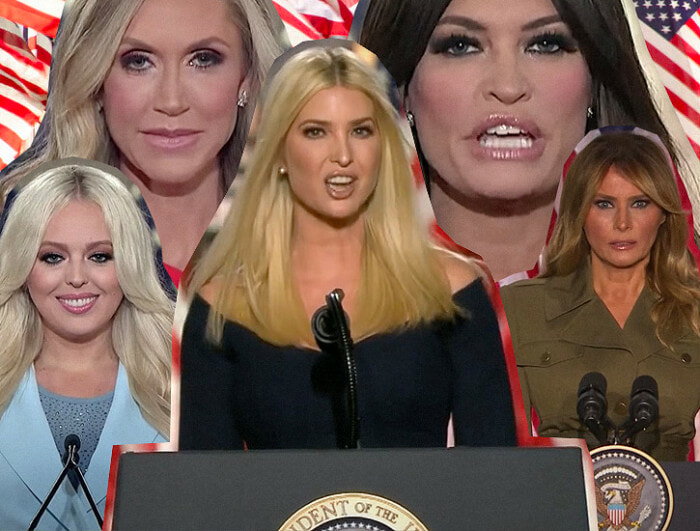 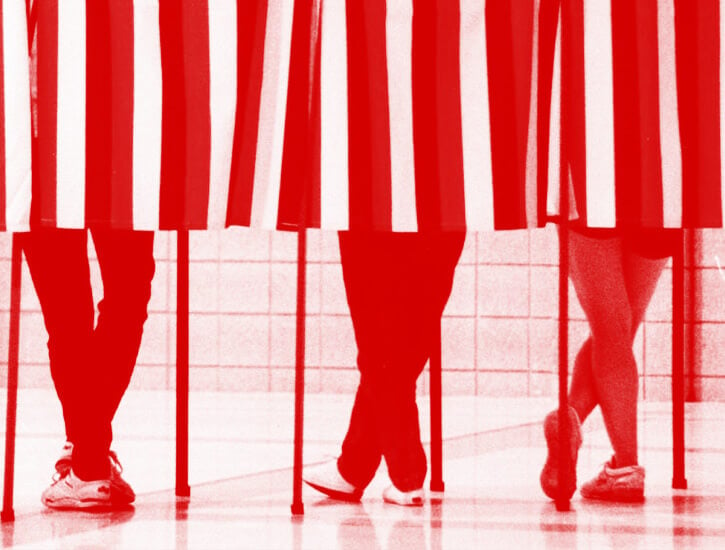 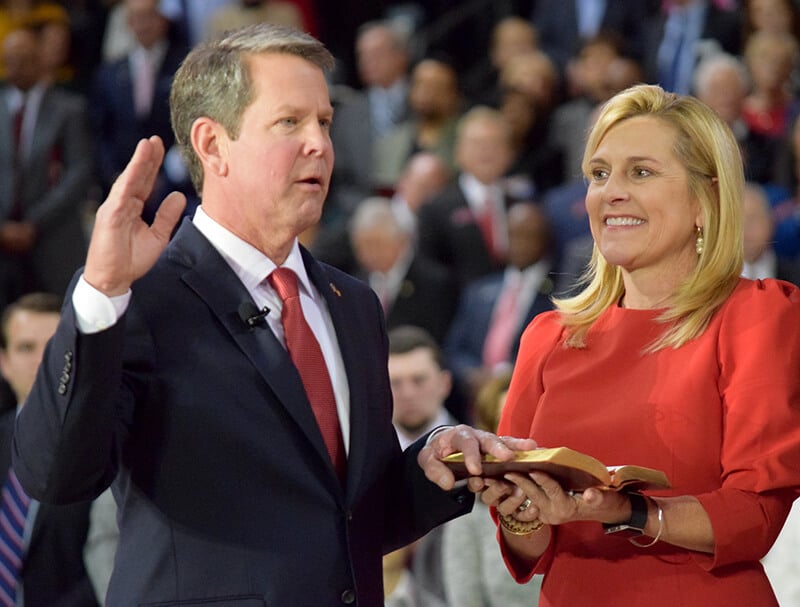