I tend not to mind performance art as much as most people do, though when I watch it my mind sometimes drifts to a scene in Paolo Sorrentino’s The Great Beauty (2013). It’s the one where a naked woman, surrounded by a group of well-dressed twenty-first century Romans, runs headlong at an aqueduct. The woman stands, dazed and bloodied, and all of her patrons applaud politely. If the work I’m watching in real life reminds me of this scene, I know it’s probably time to leave. Such is the value of big screen depictions of visual art: they re-inject irony into that hermetic system of galleries, museums, fairs.

But these depictions have changed alongside art and those who make their livings off it. Two new offerings, Ruben Östlund’s The Square and Noah Baumbach’s The Meyerowitz Stories (New And Selected), are set in versions of the art world so different, with characters so disparate, that they barely have anything in common at all, beyond that necessary base-level assumption, seen also in The Great Beauty, that all this is bullshit.

Would Hoffman’s character have been a better father had he not been in the art world? Would his children have been better developed?

Admittedly, the art world of The Meyerowitz Stories is mostly set dressing. Baumbach is going for a Glass family thing—the main characters are the fucked-up Meyerowitz siblings Danny, Matthew and Jean—so he makes the family’s patriarch Harold (Dustin Hoffman) a minimalist sculptor, once promising and now retired from Bard. The film’s glances with the art world are incisive but inoffensively vague; you get the sense that in earlier drafts Harold might have been a vaudevillian who has recently retired from teaching at the Stella Adler studio, or, say, a novelist who has retired from stints at Princeton, Brown, and the University of Washington. I don’t think I have a problem with Baumbach, and I’m sure I don’t have one with Whit Stillman, his aesthetic uncle, but I’m always confused about whether these directors are critiquing or glamorizing the milieus of their characters. Would Hoffman’s character have been a better father had he not been in the art world? Would his children have been better developed? If perhaps at the expense of their amusing eccentricities?

This became a serious question for me during the Meyerowitz’s slower parts. The climax at Bard, when Harold is in the hospital, could have just as easily been set at Bread Loaf. The parentheses in the movie’s title, in fact, seem to reference nothing but this idea, since nobody in the movie talks about any short story collections. Is the film a book of short stories? Art, fiction, it all becomes the same world. What other industries would this work for? What other cultural MacGuffins, like art and novels, are the middle class meant to have fuzzy, respectful feelings about?

It’s all starting to seem somewhat arbitrary, what professions people are supposed to admire, or even identify with. In Elle (2016), Isabelle Huppert was convincing as a video game executive, sure. But there are limits. Meyerowitz wouldn’t have made sense if Harold was a baker. His son, Danny, gets upset that Harold never asked him to collaborate on one of his sculptures, and that wouldn’t work if the sculpture was instead a donut. But what if it was a cronut? Or an expensive, Ladurée-style macaron? A Supreme fanny pack? Do you still feel his pain?

Still, Meyerowitz does know art, and it does sell Harold’s artistic status. Its best scenes are set at an opening at The Museum of Modern Art. Harold has brought Danny (Adam Sandler) to the opening of a retrospective for a better appreciated sculptor (Judd Hirsch), and the whole sequence captures how life changingly awkward the conversations can be at such events. Museum openings are social pressure cookers: the worrying about being not invited to the dinner after, the trying to figure out how, as they do in the film, how professional the flirting is. And then there’s the absurdity of how, after it’s all done, out on the street you laugh with the person you came with. Laugh! Basically only because the pain has ended! But still, for some reason, you say something like, “Hey, that was pretty fun! I met Sigourney Weaver in there!”

The characters in Meyerowitz are surely fools, in other words, performing the kind of idiocy only accessible in the art world. But the scenes at MoMA ring true even if they don’t cause you to relive embarrassing personal histories. There was that Richard Serra, Donald Judd, Carl Andre generation of sculptors, of which Harold is supposed to be a part, that were mainly defined by their assholishness. And when they became famous, they didn’t know what to do. Or even worse: they didn’t become famous. This is a uniquely tragic-ish circumstance that Meyerowitz mines well. To top it all off, Danny and Harold show up to the MoMA opening in tuxedos because they think it is de rigueur. They are the only ones in tuxedos.

This may be a reference to Manhattan. In that film someone at a MoMA opening tells a tuxedoed Woody Allen, “I finally had an orgasm, and my doctor told me it was the wrong kind.” But there’s no wrong kind in The Square, a compelling send-up of many societal ills—masculinity, white nationalism, limousine liberals, social media, PR firms, culture journalists—but chief among them is the art world. It’s no accident that there are hardly any artist characters in this film. Instead, it takes on the much larger support network that buys, sells, and curates art, a group that is mostly white, wealthy, hedonist, and exclusionary. And its main character, Christian, is the director at X-Royal, a fictional museum attached to the Royal Palace in Stockholm. The Square establishes its tone very early on, in a five-second scene where a seated hipster docent waves to a group of Asian women headed into the museum. “Excuse me? You’re on your way to the art exhibition,” she says. “The castle is over there.” The women, either grateful or dissuaded, turn around back to the tourist section.

Among The Square‘s strongest qualities is its refusal to accept, pace Meyerowitz, that there is inherent good in art and the people involved with it. Frankly, all of the art encountered in the film (with one exception I’ll get to) is feel-good pap. The film’s title piece is a neon outline in front of the palace with a plaque nearby that reads: “‘The Square’ is a sanctuary of trust and caring. Within its boundaries, we all share equal rights and obligations.” Outside the neon it’s a different story. Soon the Tesla-driving Christian is perpetrating a scam at a refugee housing tenement, while letting wealthy patrons into the historical rooms of the palace for a rave.

The Square climaxes by creating some authentically impressive art, and then by putting it in front of its characters, which in turn proves just how hollow their relation to it is. It’s an amazing piece of acting, but also a pretty revolutionary piece of conceptual and performance art. The scene takes place during a performance at a museum fundraiser, one set in a golden room at the palace. In walks a shirtless artist who offers a gorilla imitation so impressive, so critical of Homo sapiens society, that it becomes unsettling to watch on screen, even if all the fancy guests are, in fact, also actors. The artist places napkins on the head of a Julian Schnabel–like character (Dominic West), and almost starts a fight with him. Neither’s going to break character, so Schnabel yells “Fuck this!” and leaves. This does not make things more comfortable. What’s amazing is how right up until the end everyone keeps trying to laugh. These wealthy people never wanted art. Here they are confronted with it, the real deal, and it doesn’t end well.

Of course, movies about the seedy underbelly of the art world are as old as Beverly Hills Cop. But with The Square there is no underbelly. It’s all trash.

Of course, movies about the seedy underbelly of the art world are as old as Beverly Hills Cop or Legal Eagles—which the Meyerowitzes watch, cackling. But with The Square there is no underbelly. The whole system is trash, nothing but an excuse to launder one’s reputation (and probably money) through proximity to cultural objects held in necessarily vague admiration by the middle class. This also happens in the plot of the film. It’s a very slow reveal, just how horrible a person Christian is.

I can’t say that this pitch-black view of the art world is wholly accurate; nor was it intended to be. In the press notes Östlund says the film’s origins lie in his interest in the inequity that began in 2008, when “the first gated community opened in Sweden.” This brings to mind how many homeless people there are in the movie, how many refugees. Östlund is a fairly prosaic director, but when you watch The Square, a discomfiting thing starts to happen: the refugees become hard to look at. Does this sense of avoidance occur because we’ve otherwise been looking at so much glamour? I don’t know. What’s clear is that anyone writing a Meyerowitz-style film about a sympathetic patriarch, forty years from now, won’t find him in this art world.

Dan Duray is a writer living in Brooklyn. 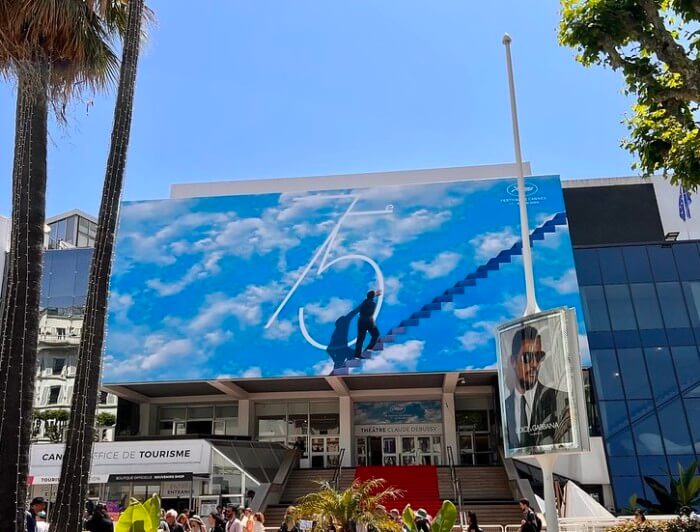 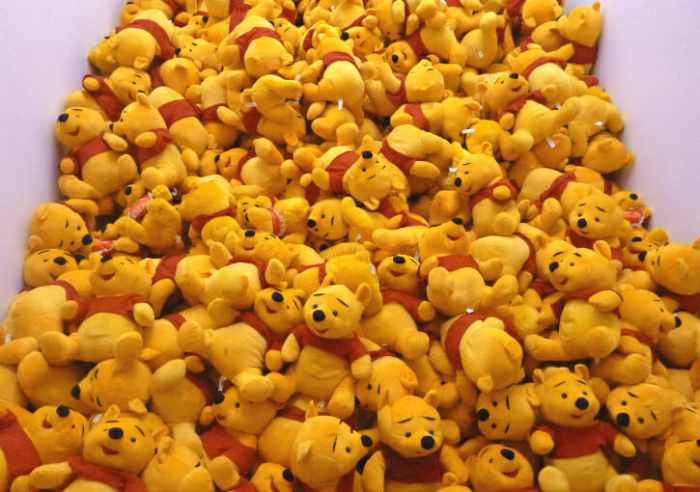