Indiana has a tradition of tolerating more chicanery and nonsense than most states.

Sleight-of-hand revisionism is the favorite trick of pundits. Rarely, however, have we seen it done so well, or in so brazenly ahistorical a fashion, as it was last month in Indiana. As legislators there pursued an evangelical culture crusade against gay marriage, conservative pundits insisted, with straight faces intact, that they were pursuing nothing of the kind.

In the telling of National Review editor Rich Lowry, poor little Indiana has never done anything to invite the nation’s scorn, and all the derision it has faced since Gov. Mike Pence signed the Religious Freedom Restoration Act has been undeserved. The law’s critics are “unhinged” liberal elites driven by “hysteria.”

“To listen to the critics, you’d think the law was drafted by a joint committee of attorneys from the Ku Klux Klan and Westboro Baptist Church,” Lowry wrote.

If only his joke were more of a joke.

In fact, songs of demagogic hate have been sung in Klannish and Westboroan registers for a very long time, by generations of Indiana’s elected. The state has been grappling with this legacy for years.

Encouragingly, both recent municipal actions and polling data suggest that support for marriage equality is growing, even in a state where, in the words of one mid-century observer, “a genuine, flaming liberal is about as common as a skyscraper in Kirklin, Shelbyville or Noblesville.” That Angie’s List CEO Bill Oesterle has resigned to return to Republican politics as an unabashed pro-LGBT figure says a lot, as does Martinsville’s tentative consideration of a counter-RFRA ordinance.

But even so, the Christian right is redoubling its efforts to animate precinct-level activism in the state’s conservative evangelical circles. More worrisome still is the little-noted hardwiring of the state’s political establishment for all-but-permanent Republican rule. Lately, the only meaningful checks on Indiana’s culture-warrior caste have come not through voter expression at the ballot box, but from a national campaign of public shaming led by enlightened-self-interested Fortune 500 companies.

And just to compound the irony here, the most influential members of this national elite aren’t the Hollywood billionaires and complacent IT moguls who fund national Democratic campaigns. They are, rather, retail giants like Wal-Mart, which are finally waking up to the unassailable market truth that denying customers service on the grounds of sexual orientation is bad for business. These corporate leviathans are hardly model citizens in other respects, but they’ve come to understand quicker than Hoosier politicians the many, far-from-hidden costs of aligning their brands with a culture putsch.

Such is the state of things in Indiana. While a minority retrograde right has always been fairly represented, it has, until recently, been offset by solidly center-right or center-left officeholders, particularly in the governor’s office; some electoral cycles have seen voters split tickets, and some races have been case studies in how, given the chance, Hoosiers delight in vigorously testing the listening and management skills of politicians.

But in 2011, Indiana’s Republican-controlled legislature redistricted the state within an inch of its life. General election outcomes are now basically a fait accompli, and a new pall of evangelical cultural certitude has fallen over the state. That the tidal wave of big money in politics has eroded voter worth and confidence in the electoral process is obvious, the Anderson Herald Bulletin noted in a 2013 editorial, but “a more subtle source of distrust is to find yourself in an electoral district that has been configured—i.e., gerrymandered—in such a way as to make it virtually impossible for a competitive contest to be held.”

This glum state of affairs was exposed by Indiana political columnist Brian Howey, who offered a disquieting analysis of 2012’s elections. And in 2014, elections were marked by record low turnouts in both the primary and general phases. When it comes to voter apathy, onlookers in other states can now insert “Indiana” instead of “Mississippi” into a certain popular phrase.

Hoosier gerrymandering has always been a key spoil of office awarded to big electoral majorities. As Howey observed, Democrats sought to institute comfortable majorities for themselves in gerrymandered districts when they came into the state legislative majorities over the past quarter century. The results then, however—like the overall division of major-party power in Indiana—were decidedly mixed. But even then, astute critics observed that both parties were essentially colluding in a permanent campaign against electoral diversity, cynically dealing from the bottom of the gerrymandering deck.

Among those critics has been Sheila Suess Kennedy, long one of the more spirited people in Indiana public life. A lawyer and a scholar, she was a proud Goldwater Republican when I first encountered her more than two decades ago, and chief of the righteously scrappy Indiana Civil Liberties Union. She no longer identifies with the Republican party (“It is not the Republican party of Dick Lugar and Bill Hudnut and others I was proud to be a part of, before my party left me,” she explains) and, from her perch at Indiana University–Purdue University Indianapolis, has been brooding over the frail health of Indiana’s political districts.

“I started looking at gerrymandering fifteen years ago, and even then, of the total 150 seats in the entirety of the state General Assembly, there were really only a handful that could be considered genuinely competitive, and it’s only gotten worse,” she told me earlier this month.“The real contests are now the primaries, where voters tend to be ideologues. Instead of the old-fashioned ‘who can win in the fall appealing to the middle,’ there are no middles in these districts, just increasing polarization, allowing the election of people who live in echo chambers.”

Former Bloomington mayor John Fernandez, who served as Obama’s assistant secretary of commerce for economic development during the president’s first term, seconds Kennedy’s sense that economic battle lines are now being drawn atop the cultural ones favored by the state’s evangelical elite. As Bloomington’s mayor in the late 1990s, his first executive order was the extension of insurance benefits to all on the city payroll, regardless of sexual orientation, with nary a peep of protest from any quarter—save a carpetbagging visit from the lobbyist who would later help forge Indiana’s original RFRA.

“We’re a conservative state, I get that, but on this, the majority moved on long ago,” Fernandez said. “Most Hoosiers do not feel the way their elected leaders feel, especially on this issue. But this is what you get when state politics are so dominated by one element of a single party that there’s no calibration of any kind in moderating things.”

Historian James H. Madison concurs, citing his own experience as a voter redistricted into irrelevancy. “I’m in this tiny little strip that runs down through the county that on a map looks absurd,” he said.

But despite the etch-a-sketch redistricting that has enabled Indiana’s Christian right, Madison thinks that the RFRA fallout “raises the possibility of a new political coalition in Indiana that will benefit the Democrats unless the Republicans wake up and smell the coffee. Which whether they did today or not,” he said, referring to Pence’s shamefaced effort to retrofit the RFRA to be less overtly discriminatory, “I’m a little dubious. Watching them . . . saying, ‘We didn’t intend this, this was misunderstood’ almost sounded a lot like Nixon saying ‘I am not a crook.’”

As for gerrymandering, it’s possible that the RFRA fallout may breathe new political life into redistricting reform efforts proposed by Indianapolis’ League of Women Voters and Common Cause Indiana; so far, these efforts have died in the Indiana State Senate. Here, history holds a lesson as well. In 1962, Democratic state senator Nelson Grills was primaried out of his seat by his own party for seeking redistricting reform. But he returned to the senate later and, in 1965, got reform, via federal court—a venue an increasing number of Hoosier politicians seem to be getting acquainted with these days.

Jason Vest is a writer and journalist. 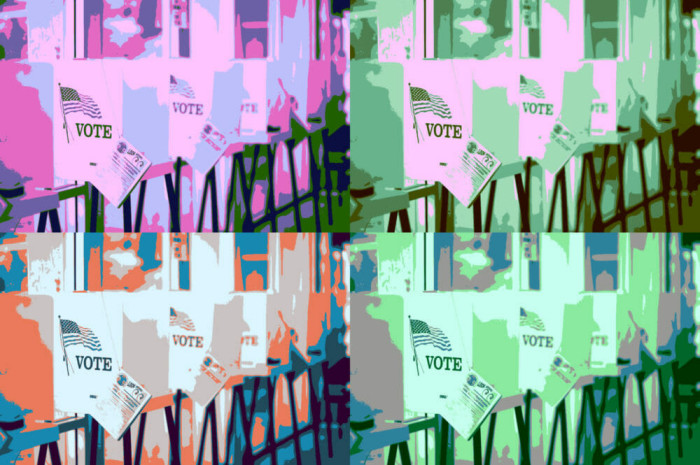 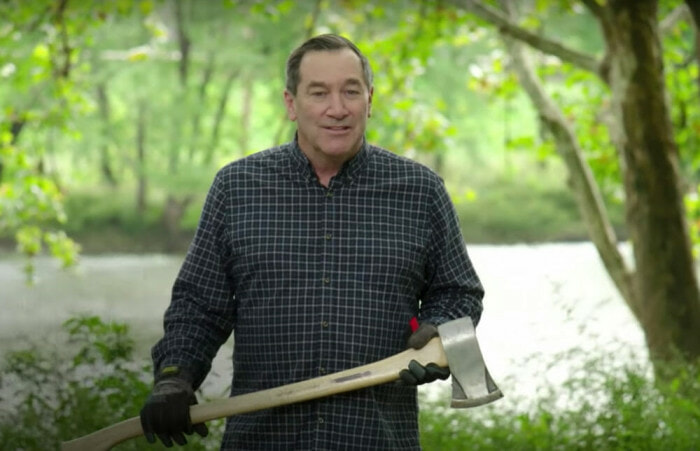 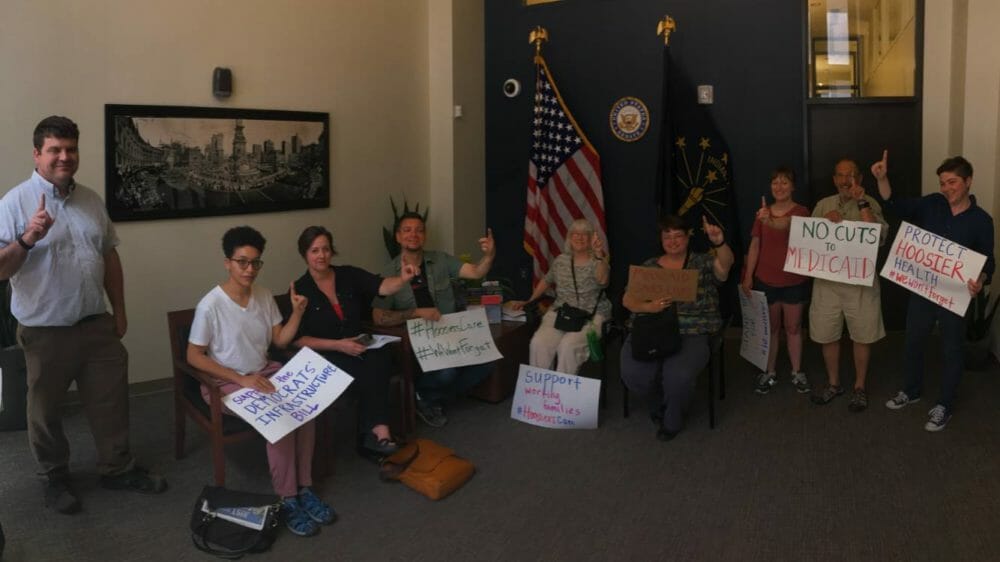