At a recent conference on innovation, one of the assembled venture capitalists wondered aloud, while discussing China, whether “democracy and capitalism are compatible.” This man clearly preferred the latter and seemed to consider China as practicing a particularly aggressive, and thereby enviable, form of it. He also worried that China, blessed with these advantages, would one day surpass the United States in artificial intelligence development. I listened in as several other VCs expressed a similarly fawning regard for the Chinese tech scene, with its absence of regulation, pliant consumer base, huge data sets, and massive cashflows.

Later, after my own talk, during which I spoke critically about conditions in Chinese tech factories, a prominent computer scientist approached to tell me how wrong I was. The workers of Foxconn, a Taiwanese manufacturer with massive facilities in mainland China, are there willingly, he insisted, and life in the rural provinces where many of these workers come from is miserable. When I asked about the factories’ infamous suicide nets, he said that most workers enjoyed their working conditions and that it was useless to argue for anything better. We jousted passive aggressively like that for a few minutes, my pious morality against his evasive apologetics. But more important than the specifics of these arguments is the worldview they reflect. An increasing number of tech elites seem untroubled by China’s ghastly human rights record, its dire working conditions, or even how the country’s vast security apparatus uses sophisticated surveillance technologies to oppress and imprison hundreds of thousands of Uighurs, a Muslim minority concentrated in the far west Xinjiang region.

China’s rise as a tech powerhouse has dovetailed with Silicon Valley’s growing, and often vividly expressed, distrust toward democracy itself. Always steeped in libertarian pique—not long ago, technologists expressed hope for floating ad-hoc nation-states or, as Larry Page put it, referencing Burning Man, “some safe places where we can try out some new things”— Silicon Valley now toys with Californian secessionism and Singapore-style authoritarian technocracy. That new horizon, that place of raucous experimentation with a frontier-like possibility at striking it rich, they believe, is in China.

Long the industrial producer of Silicon Valley’s gadgets, China has developed its own thriving startup scene, towered over by juggernauts like Alibaba, Xiaomi, Huawei, and Tencent, which are formidable rivals to Google, Facebook, Amazon, Microsoft, et al. From biotech to facial recognition systems, Chinese tech companies and their state backers are working intently on bleeding-edge technologies that can in turn be sold to governments in Central Asia and Africa, where China has funded numerous infrastructure projects while snapping up interests in mines, farmland, ports, and a Djiboutian military outpost. (Among other ventures, China’s ZTE—a telecoms giant likely known to Americans, if at all, for its cut-rate smartphones—recently helped Venezuela institute a version of its social-credit system, a scheme whose main purpose seems to be social control.)

With a pledge to invest tens of billions of dollars into artificial intelligence research, it seems assured, as industry figureheads like Eric Schmidt have predicted, that China will soon surpass the United States in this ultra-hyped technology. Chinese capital has also become an important funder of American startups, while Foxconn is building a factory in Mt. Pleasant, Wisconsin—thanks to billions in subsidies from outgoing governor Scott Walker and a small assist from Donald Trump. No word yet if it will feature suicide nets. But the company has earned numerous other easements, including a lifting of smog pollution limits that may soon bring Mt. Pleasant’s air in line with Shenzhen’s.

The evolving Silicon Valley-China relationship inevitably generates the friction of competition, along with heavy skepticism from D.C. politicos worried about China’s interests in technologies deemed essential to national security. Recently, in a vigorously contested article, Bloomberg reported that Chinese spies had inserted eavesdropping chips in servers sold to nearly thirty major American companies and government agencies. All of the named companies denied they had been compromised, but the vulnerability of the electronic supply chain remains a major counter-intelligence concern for U.S. authorities, who, when they’re not prosecuting Trump’s feckless trade war, are busy trying to provoke the real thing by sailing warships through the South China Sea.

In Palo Alto or Sunnyvale or on the conference dais, no one cares that the Chinese government hacked the records of four million U.S. federal workers or that it’s building some landing strips on a few disputed islands. If a revolution in facial-recognition technology is built on the subjugation, and personal data, of an imprisoned Uighur population—well, so be it. What matters more is holding up the unceasing labor and snub-nosed determination shown by Chinese startup and factory workers as an example worth emulating. As Sequoia Capital’s Michael Moritz said, admiringly, earlier this year, “top [Chinese] managers show up for work at 8 a.m. and frequently don’t leave until 10 p.m. Most of them will do this six days a week.” To Moritz’s relief, Chinese tech workers don’t worry about “work-life balances.” Ian Rogers, chief digital officer for luxury goods conglomerate LVMH, shared a more polite, if still complimentary view, in an August interview. China, he said, had every advantage: “capital, education, a six-day, twelve-hour work week. Artificial intelligence there is like electricity here and they have scale of people and scale of data.”

If a revolution in facial-recognition technology is built on the subjugation, and personal data, of an imprisoned Uighur population—well, so be it.

For Google, China represents both competition in the AI race and a vast, impossible-to-resist market. As the Intercept has reported over the last few months, Google has been secretly working on a censored, Chinese-language version of its search engine, codenamed Project Dragonfly. Google CEO Sundar Pichai explained, “We are compelled by our mission [to] provide information to everyone, and [China is] 20 percent of the world’s population.” Besides, he said, they would be able to serve up more than 99 percent of queries—just not on picayune topics like democracy or voting. (Pichai has yet to delve into the grim implications of what it means to be “compelled” to become a partner of the world’s largest police state.)

Of course, Google is not the only one to bend to the rigors of Chinese censorship. Apple has iCloud servers in China, meaning that data on millions of Chinese users may be accessible to authorities. Yahoo once helped the Chinese government locate information on a dissident—before brushing the incident away as a “misunderstanding.” From Turkey to Pakistan, Israel to Russia, tech companies often find that their access to new markets and even more dizzying economies of scale rely on conforming to local laws, including the diktats of the state censor. Compromises, if not outright collaboration, are perhaps to be expected here and there. But what I didn’t understand until recently was that big tech is not only invested in defending China’s brand of techno-authoritarianism. It can’t wait to try it for itself. 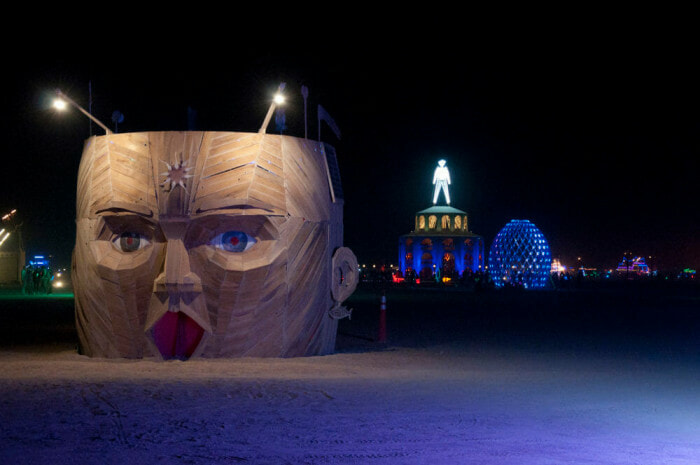 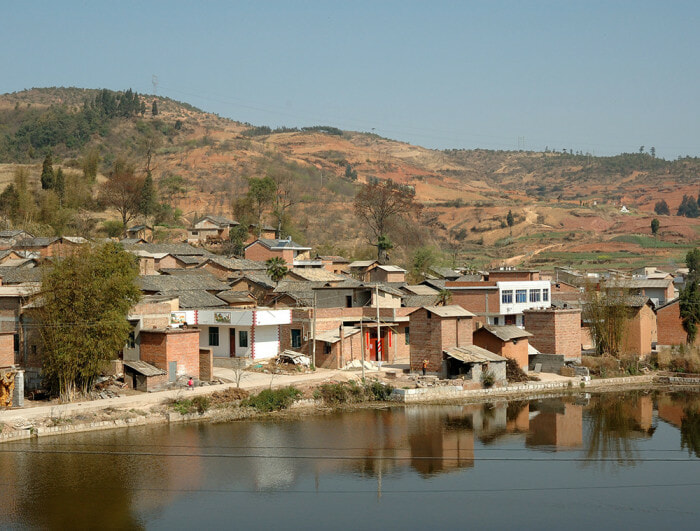 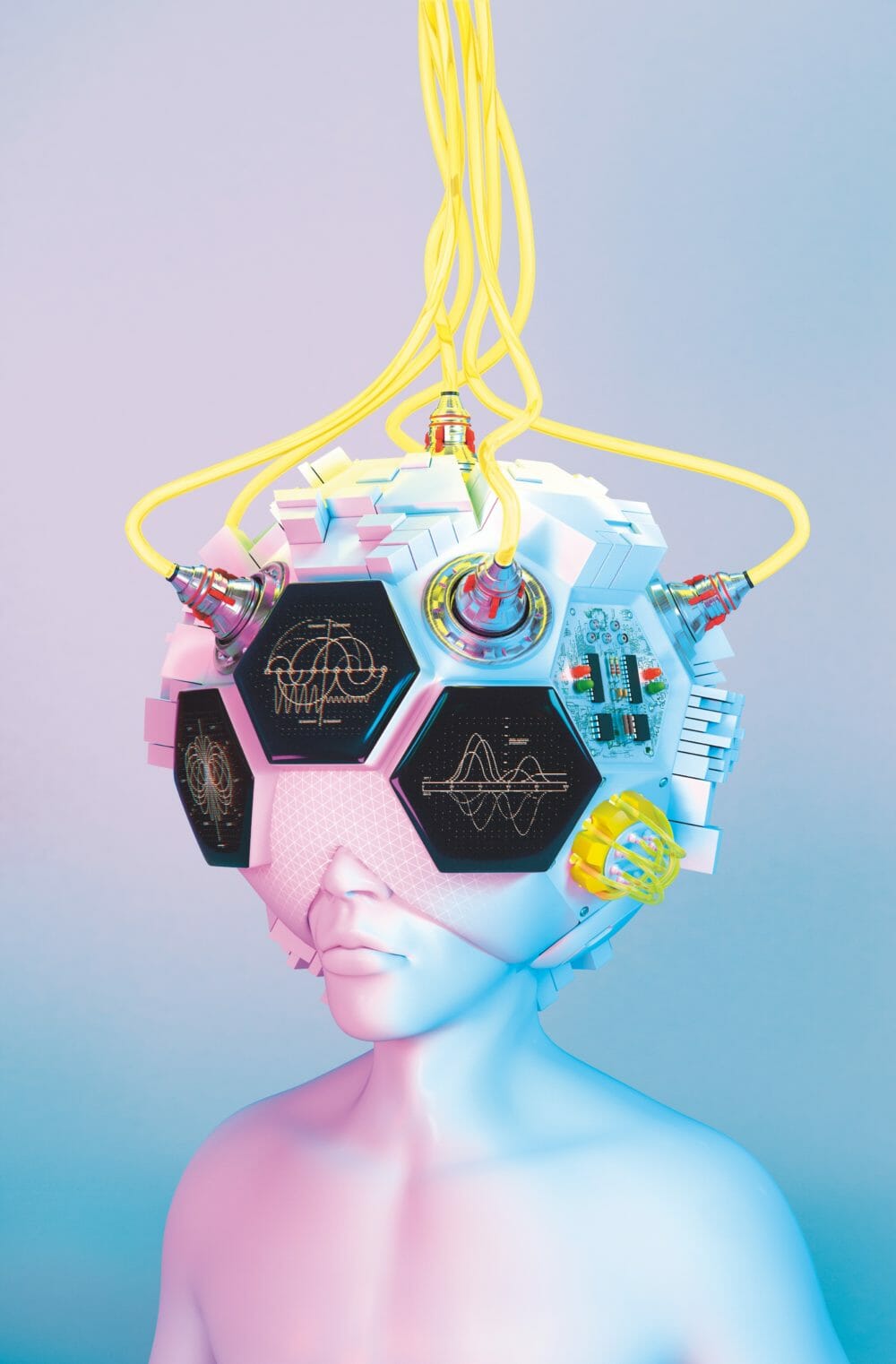