This weekend, I used up one of my ten free monthly views of The New York Times to find film critic A.O. Scott declaring a national “humor crisis.” No, he wasn’t referring to any of his colleague Maureen Dowd’s perennial struggles with political humor; rather, he described a culture-wide danger zone in which comedians actually get criticized—and worse, not nicely. “The world is full of jokes and also of people who can’t take them,” Scott wrote. “We love jokes that find the far edge of the permissible, but we also love to turn against the joker who violates our own closely held taboos.”

So much to unpack here—are you really humorless because you don’t like a joke? Are comedians violating edgy taboos? Or more often than not, reinforcing tired old ideas, and flogging views the audience has left behind?

Then, Monday, in a widely circulated clip from the Colin Cowherd show, a cranky senior from Long Island, Jerry Seinfeld, called in to chat with Cowherd about how “PC” complaints on college campuses are why comics like himself and Chris Rock quit doing campus shows. In the kind of hushed tones that most sports radio personalities reserve for wringing their hands about “the good of baseball,” or losing a beloved NFL player to a wife-beating charge just before a play-off game, Cowherd asks, “Does it . . . does it hurt comedy?”

Poor comedy, that needy waif of pop culture, is getting bullied. “Laughter is supposed to be a unifying force,” AO Scott wrote, “a leveler of distinctions and a healer of divisions. But it often seems to be just as divisive as anything else in our angry and polarized climate. Can’t we just all have a good time together?”

If you see comedy as a progressive kindergarten, or a family outing to the zoo, uh, sure. But that leveling process? It’s not about healing, really. It often reflects some vicious and ugly divisions in our country that many comedians and audience members don’t see as anywhere close to level—or even agree among themselves, for that matter, that leveling is the needful social remedy in question. Comedy isn’t supposed to be anything, except what the comedian tries to make it—harmless, mean, political, dirty, dumb. You wouldn’t say that music or fiction are “supposed” to be anything; so why do we saddle all comedy with a curative democratic mission? Too often we view comedy as a craft, a service brought to us by cheerful comfort-workers, more than the work of serious artists. Thus, when they don’t comfort us, we want to complain to the manager.

Have Twitter and noisy college kids put comedy (whatever that abstract term is supposed to mean) on the ropes? The thing I find most tiresome about this “too PC” argument is that so many people talking about it today think it’s new, like something suddenly went wrong all at once with the nation’s millions of millennial PC liberal kids as they logged themselves onto the Internet. Bill Maher named his first talk show Politically Incorrect back in 1993. You can find Southern civic groups in the 1850s banning abolitionist comedians in the lead-up to the Civil War. Those comedians were minstrels. Today they would be attacked for that style of comedy, no matter how vitally progressive their views in the 1850s.

This isn’t a problem, nor is it a crisis. The redefining of “funny” for each generation is a constant of our humor. And it’s not censorship. Local vaudeville theater managers once had the authority to censor and blacklist comics at every level from the 1870s through the 1930s, on the basis of nothing more than purely whimsical local tastes. Movie studios, TV networks, magazine editors, newspaper critics (when they had weight), and even other comedians (see David Letterman versus Bill Hicks)—have all done far more to censor comedy and damage careers than anyone on Twitter or college campuses can today. Comedy has never had more venues, more outlets, more diversity than this moment, right now.

Americans have always told comedians to shut up, and American comedians, to their credit, have rarely done it. They’ve been shut up at times, yes: fired from shows, shouted down, banned from clubs etc. But that’s not what’s happening today. No one banned Seinfeld and Rock from doing campus shows; instead, they opted out, because that’s not their audience anymore. That’s just show business. Last year, students uninvited Maher from a commencement speech appearance, and he was then re-invited by the chancellor, hours later. He continues to offend people weekly, and often daily, on Twitter. No one was more surprised to be booed during Vietnam than Bob Hope. It shouldn’t surprise anyone if one day, and maybe one day soon, the same thing happens to Amy Schumer or John Oliver.

“It’s no good longing for a simpler age,” Scott wrote of the current humor crisis, “though it is possible to imagine that once upon a time things were clearer.” In the clearer time he imagines, Scott describes an America where Jewish comics weren’t part of the mainstream culture, and remained on the “borscht belt.” That flies in the face of our most common understanding of how American humor evolved ever since Jews first arrived on these shores.

No, times weren’t any more clear back then, ever. If the past seems more clear to anyone now, that’s perhaps because large segments of the audience were silenced, or never asked what they thought—be they people of color, women, or LGBT people.

Long ago, Times writers who held Scott’s job could shut down a movie they disliked with a single review. One famous instance of this was Warren Beatty’s 1967 film Bonnie and Clyde, declared dead on arrival by Times critic Bosley Crowther, who was appalled by the rude new culture it represented. Pauline Kael had to save it with a New Yorker review. That was nearly fifty years ago. Today, Scott is equally uncomfortable with the rude new culture of diversity on the Internet. “A crisis of authority is not for the faint of heart,” Scott wrote in an essay last year, where he worried over the death of adult culture in America. No, not if it threatens you. For some of us, it’s exhilarating.

Comedy is more often than not a populist business, so why are we surprised when the response it engenders in its audience is equally populist? What we could use is a better vocabulary to criticize and answer comedians. Is every comment about race, gender, or sexuality we don’t agree with a sure sign the comedian is a racist or bigot whose career needs to end? While watching a comedian in a club, do we really need to shout them down in the middle of a set because we fear that it’s heading somewhere that we won’t like? In short, a little patience, a little of the tolerance we insist that our comedians demonstrate, would be welcome from the audience, too. 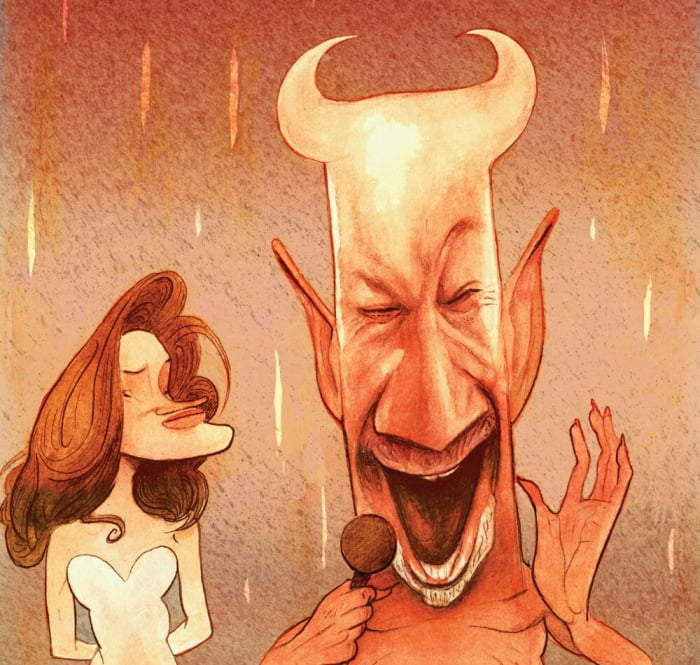 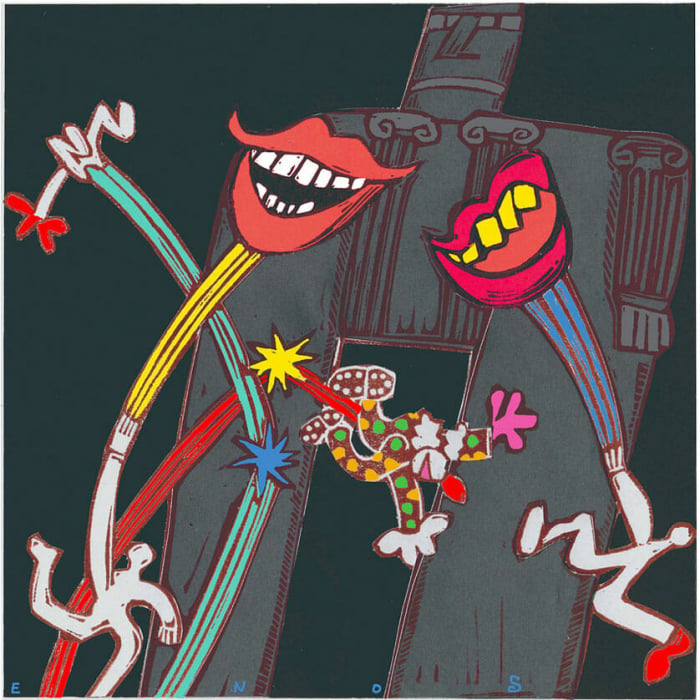 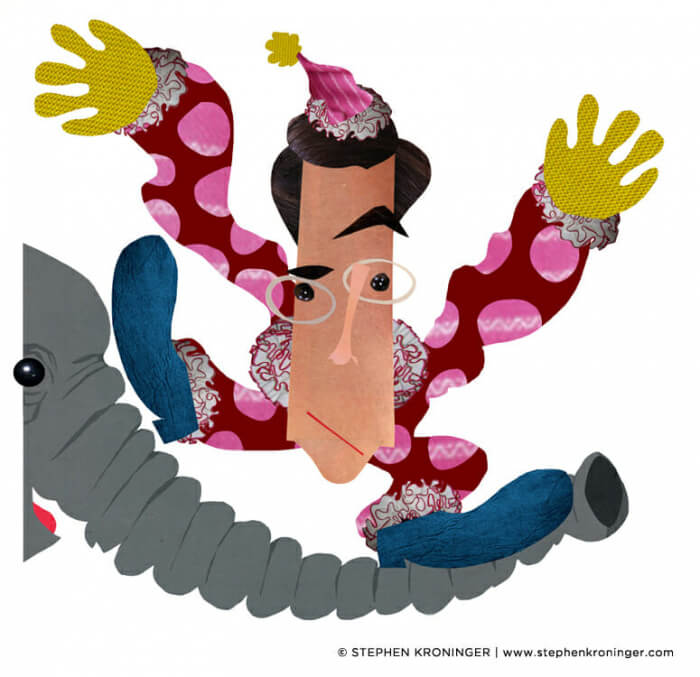 The Joke’s on You
Steve Almond
Salvos