Thirty minutes into his 2017 BAFTA Games Lecture, Far Cry 5’s executive producer Dan Hay explained his inspiration for the game. He’s a cold war kid of the literal sort, having spent the anxious eighties watching history happen all around him. The next ten or so years were relatively quiet, in Hay’s telling, until the September 11 and the subsequent stock market crash—and then a man appeared wearing a sandwich board that said “the end is near.” In another talk, one given at a private press event the following May, Hay elaborated, citing the Brexit vote and the (recently pardoned) Bundies—armed ranchers who took over a wildlife refuge in 2016—as inspiration. He began “to get the sense that America was ready for a Far Cry”—that gamers were ready to take their country back. Judging from the millions of units sold since Far Cry 5’s release, Hay was right.

The fundamental arc of the series is that a stranger in a disintegrating land crosses the point of no return, is handed a gun, and pointed in the direction of a heart of darkness—a compound of crazies which works as a synecdoche for all the land’s plights. Previously, the series used faraway locations in the Global South for this purpose, hopping from nameless ur-war Africa to a set of islands roughly inspired by Borneo, and later to the fictionalized aftermath of the Nepalese Civil War. Setting the game in America marks a sea change: the recognition that the game’s audience will not only be capable of imagining such events taking place in the United States, but also that there are investors willing to bet millions of dollars on the idea that they’ll enjoy it.

And why wouldn’t there be? In 2018, the specter of fascism no longer operates simply in subtext, but marches in the streets, gets elected, gets retweeted, shoots people, runs them over, and puts immigrants in cages. The various fringe groups that fascinated us at the start of the century have been emboldened—and to those of us not paying attention, “returned” to the present. Fringe right-wing politics now hold a steady place in the American mind because they’re so frequently, palpably lethal, often inescapable, and potentially everywhere. Who wouldn’t want a narrative that can help assuage the sneaking fear that all of this horror isn’t merely a localized, nameable stain on America’s character, but part and parcel to it? 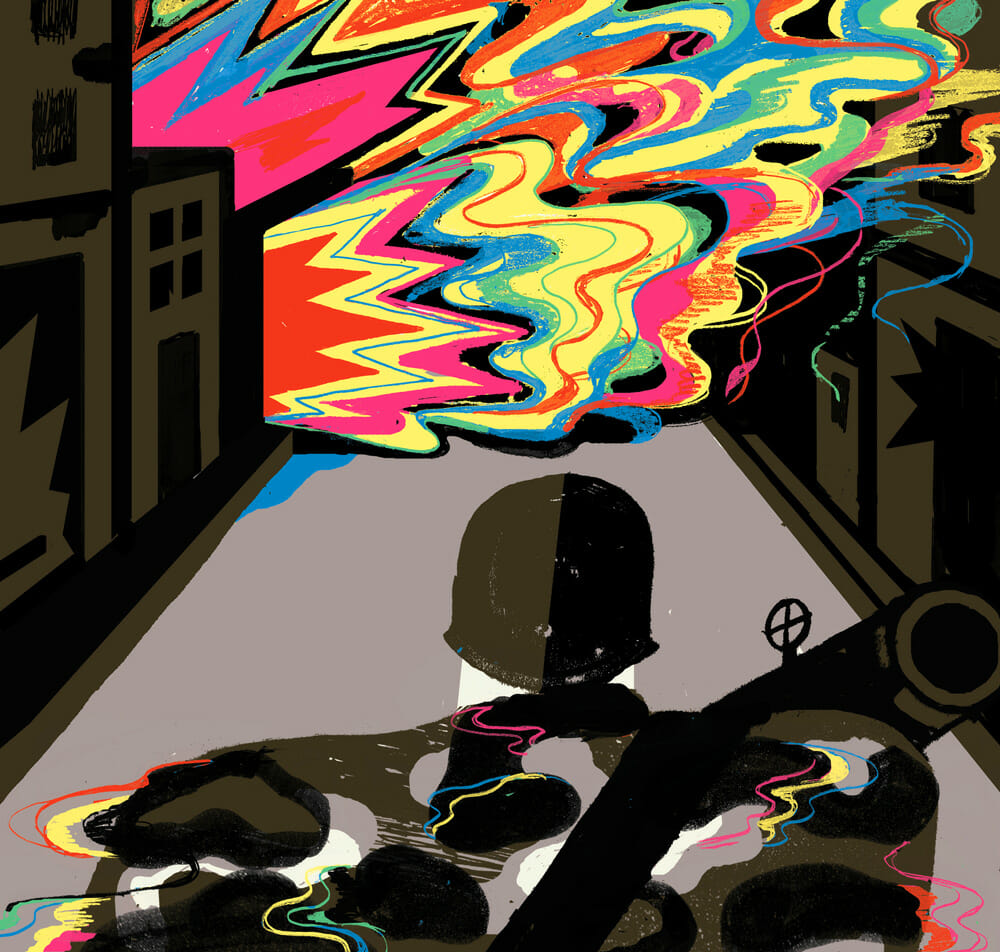 You play Far Cry 5 as an unnamed and unvoiced sheriff’s deputy in Montana, flying in with your superiors on the county’s Blackhawk-equivalent to arrest Joseph Seed, a confused creation cast in the image of both Ted Bundy and David Koresh. Seed has succeeded so wildly in the cult business that he’s managed to turn the fictional Hope County, Montana into a separate country altogether, putting up his lieutenants in a variety of seized underground military installations and letting his thousands of chemically-brainwashed adherents occupy every last dive bar, granary, and ranch home within his four-square-mile chunk of countryside.

And it is Montana, at least visually. For all the absurdity we’re asked to ignore, the mainstream audience for these sorts of games has an incredibly low tolerance for any lack of visual verisimilitude, and tens of millions of dollars and thousands of man-hours have been spent to placate them. Hills roll in the way that they should, back roads are cased in by the right sort of farmlands, and every Main Street in every one-stoplight town earns its title. None of these places actually exist, Hope County does not exist, but any of it could. Draw a detailed enough map, and the uninitiated will be perfectly happy to take it for the territory, to the extent that this idea of Montana has sold more copies than there are people living in the state.

Your attempt to bring in Seed causes him to declare “the reaping”—the cult kicks into overdrive and decides that they’re going to take over the county that they’ve already occupied, but for real this time. They cut all the phone lines and stop all “signals” from getting out of the valley (which a bunker-owning granddad informs you is a thing you can do in 2018). The good, wholesome, thoroughly interchangeable people of Montana are not pleased about this, and it’s up to you to work with them to Resist, usually with a gun, but sometimes by directing your pet bear to maul cult members if you want to mix things up. The kind of empowerment role-play on sale here isn’t simply the one common to the medium, where you’re blessed with a capacity for movement and violent agency beyond what is available to you outside of the magic circle. In Far Cry 5, you’ll kill men and women in identical rags, sure, and you’ll blow up homes and infrastructure acre by acre, but this time doing so earns you actual, honest-to-god Resistance Points, for the“real” Resistance.

The good, wholesome, thoroughly interchangeable people of Montana are not pleased about this, and it’s up to you to work with them to Resist.

You are only ever tasked with killing cult members—people who are immediately recognizable, and the harm that they have caused is easily named. None of the good citizens of Montana express any sort of concern that they might be killing folks who were once their friends and neighbors. The cult isn’t even selling a narrative, outside of references to a few general concepts like apocalypse and revelation. They’re not hitching a ride on Hailey’s comet, and Seed doesn’t even pretend to be Christ. They adopt the cheapest mannerisms of American Christianity, talking about “your sin” at length, but they rarely if ever mention God. They recruit members not by hijacking feelings of alienation, but with “Bliss,” a hallucinogenic drug that does just about whatever the plot demands of it.

The game’s main antagonists repeatedly capture and torture you, and even when you aren’t being physically assailed you’re berated with their monologues about American apocalypse. A dying televangelist in a fashy haircut will tell you to “look at the headlines” and “look at who’s in charge,” but you will never meet someone who quotes from those headlines, or clarifies who is in the seat of power. The cult members aren’t realized characters in the slightest, but you get the sense that they were never meant to be. They’re a semantic lightning rod, meant to evoke things like fascism, white supremacy, or Christian fundamentalism, even as they are diffused, rendered as outside of the American narrative—thus making Seed and his followers easily conquerable.

To acknowledge the long history of American violence is to admit both its pervasiveness and your own complicity—the extent to which it has always and already won. The real challenge for would-be resisters is to deny yourself the easy fantasy that you alone can turn it back. This imagined empowerment works only within the logic of its own simulacrum. It’s easy enough to point out the ways in which Far Cry 5 fails to rise to the historic function of art by expressing something true about life, or to rise to the modern function of art by expressing something political, but we do so at the risk of missing what the game is selling. The fantasy that Far Cry 5 presents players is that if you want to know what’s wrong with our country, all you have to do is look at the reactionaries in bloody rags stapling corpses to the side of the local liquor store.

Rose Fiala is a writer in Iowa City. Follow her at rosefiala.com or @me_ruzicka. 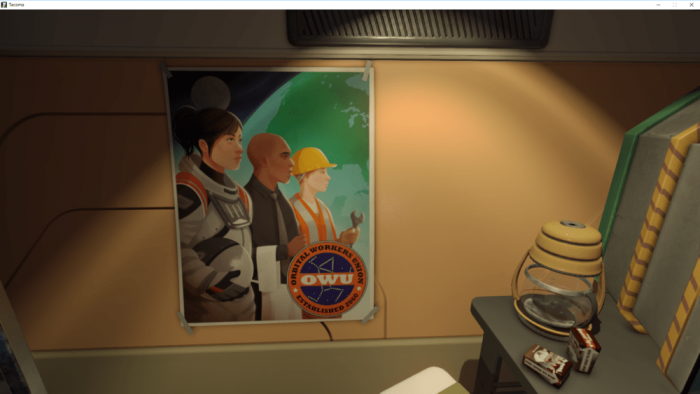 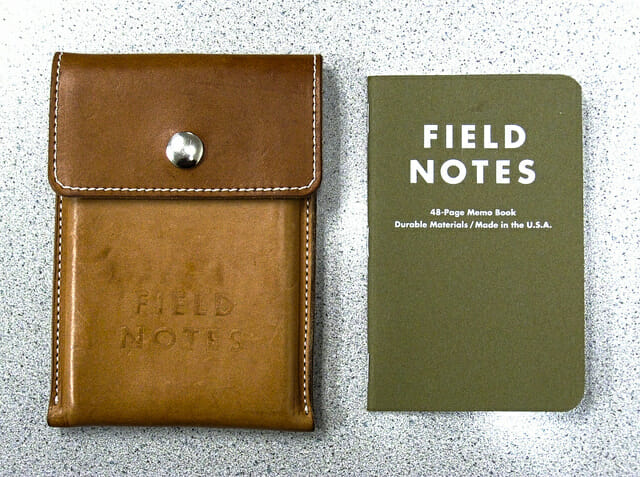