Reader: Are you someone who is angry in an inchoate way at the Trump administration as an institution but who would prefer to focus your anger like a laser beam on specific individuals? We here at The Baffler are here to help! As a wise man once told my father while trying to sell him a program at a Knicks game, “They’re just a bunch of tall guys in shorts, without a program”—and so, too, the various hangers-on in the Trump orbit may seem to be just a bunch of transparent grifters and/or terrifying ideologues in suits unless you have a clear guide for who the players are. We plan to bring you the key stats and career highlights of all the best people in the administration, as well as those who are “too hot” for government service and end up bounced out to the 2020 campaign, various 501(c)3 scams, or who just end up on the semi-consensual receiving end of those rambling “executive time” phone calls. This week, we’re offering a solemn goodbye to the man repeatedly praised, without evidence, as someone who could bring discipline to the White House as he begins the official end of his White House career (actual end date pending): John Kelly!

Remember how Donald Trump had a whole TV show where he bluntly fired people, to their faces? Like, it was a whole thing that became the core of his #brand? That’s all part of what’s made it absolutely wild to watch his attempts to actually fire people in his real-life presidential administration. Nearly every such effort to shuffle lead Trump White House personnel has descended into a series of excruciatingly awkward shambles, which reached a nadir this past weekend when Chief of Staff John Kelly, the man Trump relied on to actually fire people, found himself on the chopping block. After months of speculation, Trump and Kelly had a tête-à-tête at the Residence on Friday night, during which they agreed that Kelly would announce his resignation on Monday. But (of course) Trump blabbed about it to everyone on Saturday, possibly because Kelly was shit-talking him. Then Nick Ayers, the callow millennial and suspicious millionaire who Trump had settled on as a replacement, decided he wanted no part of this cursed job, leaving the administration in the lurch. Presumably somewhere right now, Kelly, who two years ago was a widely respected retired Marine Corps General, must be thinking, “How did it come to this?” Let’s find out!

John Kelly was a (semi-)apolitical general! Unlike most of the creepos profiled in this column, John Kelly had a pre-White House career that was almost entirely military, and in that sense he avoided the overt politicking involved in the usual rise of high-level administration officials. Most of his bios note that his military service spanned from Vietnam to Iraq, though he never actually saw combat in the Vietnam War. He did support our troops there by delivering a bunch of beer to them in the Merchant Marines, then joined the actual Marines when his draft number came up and subsequently served stateside through the ’70s and ’80s. He went on to fight in the Gulf War, but what really made his name was his command of Task Force Tripoli in the Iraq War, which swept north of Baghdad to capture Tikrit in 2003, and his subsequent involvement in rallying Sunni tribes against al-Qaeda in Iraq in the late aughts. That initiative became known as the Sunni Awakening and has a decidedly mixed legacy.

In between those two stints in Iraq, though, he served as the legislative assistant to the Commandant of the Marine Corps—an extremely political job that, to read between the lines of a 2007 article from the Marine Corps Gazette, involves managing constituent service requests about Marines who haven’t been paid properly when their families complain to a senator about it, babysitting politicians who want to go to war zones, and convincing Congress to continue to fund the Marine Corps.

By the end of 2012, Kelly was in charge of Southern Command, which covered our scenic Guantanamo Bay prison camp—though Kelly also issued pronouncements on the U.S.-Mexico border despite it falling outside his technical zone. He spent his time there releasing all sorts of . . . apolitical statements, like one that said the “crime-terror convergence” taking place around the U.S.-Mexico border was an “existential threat,” though he did ultimately blame the problem on “the insatiable U.S. demand for drugs.” He also groused about Obama’s plans to close Guantanamo (Never-realized! It’s still open in the year 2018, in case you forgot!) and let women into combat. In an endorsement of civilian democracy more tepid than one might like, he told some Latin American generals that they shouldn’t do coups, no matter how tempted they were: “Since 1945, no one in the U.S. military has liked the end result of the military conflicts we’ve been in: Vietnam, Korea, certainly Iraq, and probably Afghanistan . . . But in a democracy, you salute. You suck it up. . . . You cannot act.”

As the 2016 campaign got under way, Kelly expressed distaste for “the cesspool of domestic politics” in a Foreign Policy interview that drew a favorable distinction between Kelly and Mike Flynn, who was already starting his ascendance in Trump world. It was the beginning of what could have been a happy and well-respected retirement. Then he accepted a gig as President Trump’s Secretary of Homeland Security. In short: whoooops!

Homeland Security: Where the action is! Remember the heady early days of the Trump administration, when the president’s retinue of high-powered bigots were really going to make a difference by stopping Muslims from coming into the country and building a massive wall along the Mexican border? Well, all that stuff was Kelly’s department—literally. And while he had already gone on the record as saying “no wall will work by itself,” he threw himself into the Trump agenda at Homeland Security, leading arrests of undocumented immigrants who had no non-immigration-related problems with the law to spike to record levels in the first hundred days of the Trump presidency.

Trump praised Kelly’s tenure as involving “very little controversy,” even though it concerned some of the administration’s most controversial policy stances, because when Trump says “controversy” he means “someone telling me I can’t do what I want to do.” Indeed, anti-immigrant wackadoo Mark Krikorian told USA Today that because Kelly lacked civilian political experience, he does what he’s told rather than attempting to preserve institutional norms the way longtime public servants like [checks notes] Rex Tillerson did. “It’s partly because Kelly is not a drama queen,” said Krikorian, that Homeland Security “has put its head down and stuck to its job.” Following orders—a really good thing, for the guy who’s in charge of our major internal security departments! Ha ha!

John Kelly stopped having fun of any kind eighteen months ago! Now, Kelly probably could have kept a low profile for the rest of the Trump administration, or retired after a decent interval to “pursue opportunities in the private sector,” and would mostly be remembered as “the guy who came up with the family separation policy.” (Sorry, Stephen Miller!) But Trump compared Kelly’s six months of smoothly managing Homeland Security against Reince Priebus’s flailing failure to wrangle the chronically antagonistic West Wing staff into anything resembling operational unity and thought, “What if we put in a general as chief of staff?” As his opening act, Kelly fired both the Mooch and Steve Bannon, and while we would never deny anyone the pleasure that must have accompanied those personnel moves, we are sad to report that they represented probably the high point of his Chief of Staff tenure.

The infamous Unite the Right rally exploded when Kelly had been on the job for two weeks, and his iconic wincing as Trump praised “very fine people, on both sides” in the wake of the violence elicited some sympathy from TV viewers, if nothing else. Of course, Kelly lost some of the moral high ground two months later when he praised the nobility and dignity of the Lost Cause of the Confederacy. He lost a lot of moral high ground, on the regular, actually, by pulling such stunts as:

Sure, he occasionally did good stuff, like almost getting into a fistfight with John Bolton, but all in all it got bad enough that reporters ended up having to admit that they had been wowed for so long by Kelly’s military-guy charisma that they’d failed to notice he was kind of an asshole. Fortunately, like all Trump administration assholes, Kelly has been rewarded with the burning enmity of Donald Trump himself—the originator and destroyer of all their dreams of happiness. Though he now retreats to private life hated by snowflake libs and fanatical Trumpkins alike, Kelly has answered questions from Robert Mueller, so his days of drama may not be over yet. 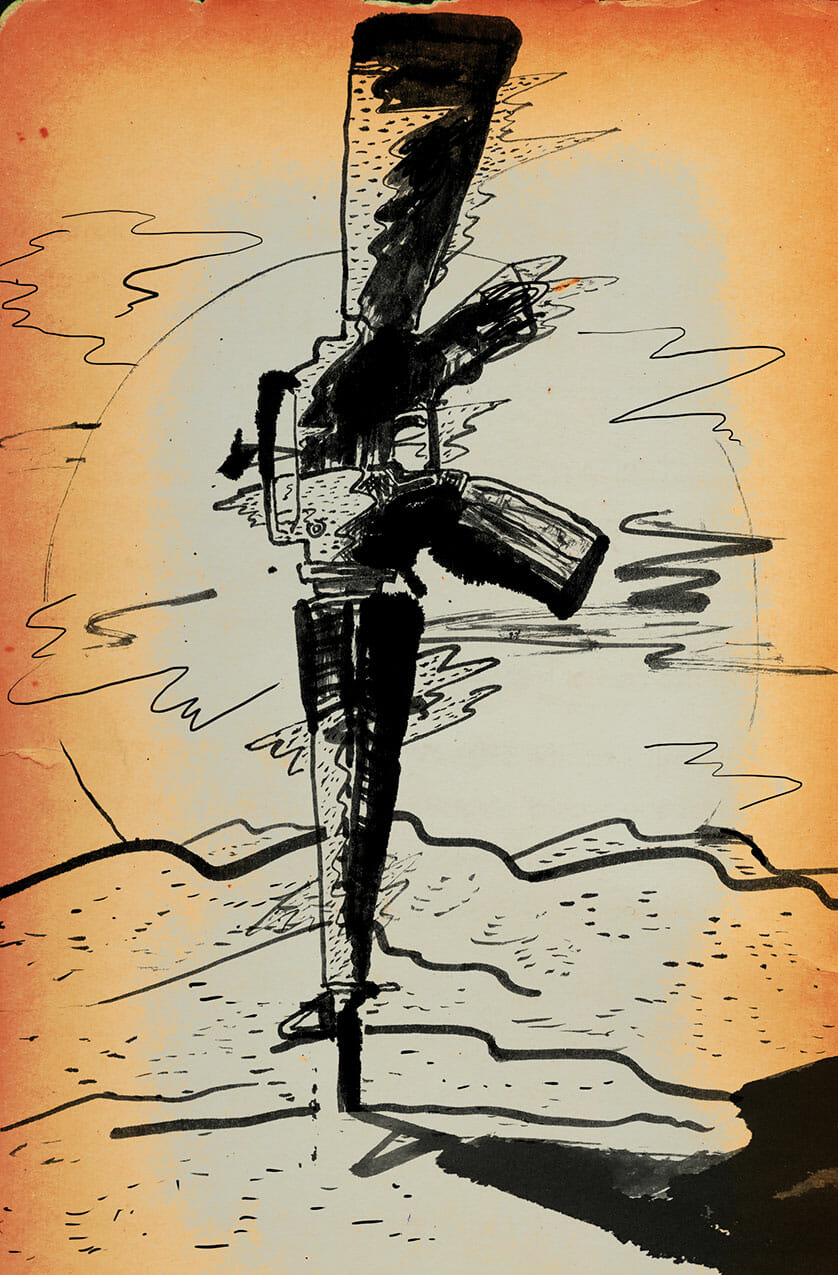 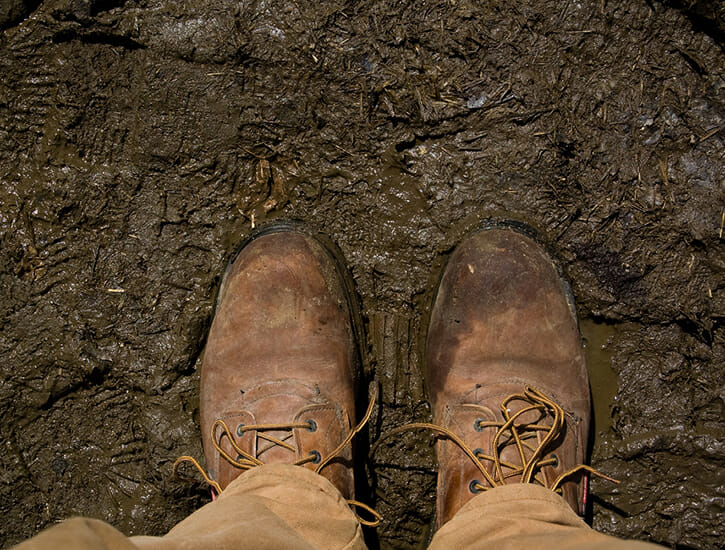 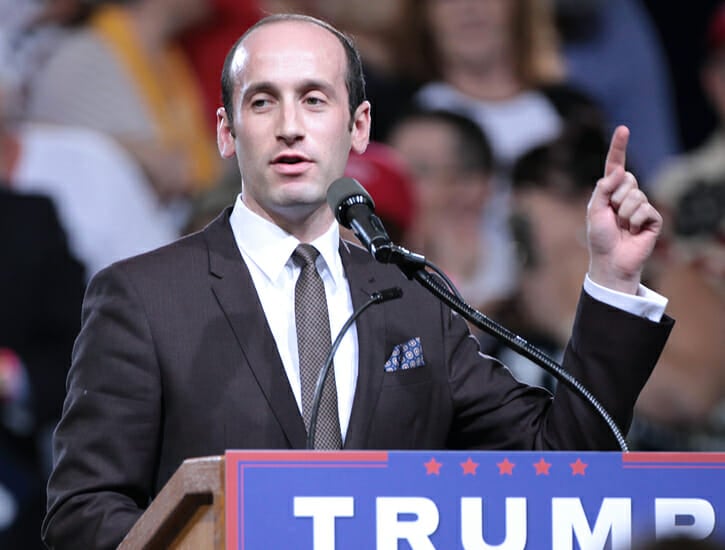