Women pay a lot to feel comfortable in their bodies these days. We pay to moisturize; we pay to spin. We pay for flab-free arms, wrinkle-free faces, and gluten-free meal plans. The more we can lose, the more we’ll pay.

Maybe it isn’t surprising that we’ll pay more than ever to take up less space. It’s never been all that comfortable to be a woman in a body, but the last few years have made many of us more acutely aware of the threats that we face. Invoking the “#MeToo moment” has already become something of a cliché, but it’s true that the abuse and harassment that women are subjected to, across industries and backgrounds, has lately been thrown into the spotlight. In a January study conducted by Stop Street Harassment, 81 percent of the women surveyed reported having experienced some form of sexual harassment or assault over their lifetimes.

All told, perhaps it’s only fair that many of us are looking for some way to feel secure. And there’s a product on offer—for a price.

Over the past three years, the popularity of women’s self-defense classes has exploded. Tracy Hobson, then-Executive Director of Brooklyn’s Center for Anti-Violence Education, told The Daily Beast in 2017 that after Donald Trump’s election, she saw the largest leap in martial arts enrollment in her organization’s forty-two-year history, which she attributed in part to the fear that the administration had sparked among minority communities. Zola Bruce, CAE’s Associate Director of Communications and Impact, tells me that between the violence revealed by #MeToo reports and a consistent rise in American hate crimes, women and people of color are feeling exposed. In a moment of angst and uncertainty, they’re looking to take some concrete step toward personal safety. Self-defense training is an appealing option, and the market is readily answering that demand.

A Yelp search for the best self-defense classes in New York City yields more than four hundred results: there’s a two-hour workshop titled “Female Awareness,” a Krav Maga specialty women’s class, a training in Radical Mixed Martial Arts. A search on Eventbrite offers its own laundry list of options, from a “Self-Defense Survival Bootcamp” at a dance studio in Brooklyn to a Mother’s Day “Mommy and Me” martial arts class.

Perhaps protest is not, as Pod Save America has declared, “the new brunch,” but the new cardio.

Much like SoulCycle and CrossFit, these classes, of course, also cater to the hordes of women eager to put a premium on fitness and weight loss; the Krav Maga Institute estimates its calorie burn at up to two thousand per class. But unlike their spin studio counterparts, self-defense classes don’t promise to help you find your tribe. They claim to be aiming for something more fundamental: security—an existential sense of safety inside your own body.

Who can access that sense of safety is a different story. The course in “Female Awareness,” held in Chelsea, costs $80 a session. Radical Mixed Martial Arts will run you $199 for a monthly membership. Boxing studio Overthrow Underground charges $34 for a single class. With that price tag, it’s hard to buy that these classes are aimed at the masses—but that doesn’t stop Overthrow from branding itself as part of the revolution’s vanguard. The studio’s roll-down gate features an illustration of Trump getting punched—a design also printed on its merchandise—for patrons who want to get their daily workout in with a partisan spin. (Perhaps protest is not, as Pod Save America has declared, “the new brunch,” but the new cardio.)

It’s unlikely that the people shelling out $34 for a forty-five-minute boxing lesson are those most vulnerable to attack. According to the National Crime Victimization Survey, the poorest Americans are twelve times more likely to experience sexual assault than the wealthiest. And recent studies have found that women of color are more likely to experience sexual assault and intimate partner violence than white women, but less likely to report it. According to the National Organization for Women, for every black woman who reports her rape, at least fifteen do not. Unlike the rapidly proliferating boutique options, the Center for Anti-Violence Education offers self-defense classes for free—and Bruce tells me that many of the women of color who sign up do so because they don’t believe they can count on defense from the local police.

Regardless of who is really most at risk, the most expensive self-defense classes often explicitly capitalize on women’s feelings of vulnerability. The Krav Maga Institute’s self-defense page warns that “every nine seconds in the United States, a woman is assaulted or beaten.” Go to the website for Gracie Barra, a global network of Brazilian jiu-jitsu studios, and you’ll find this statistic: “One in six girls will be subjected to sexual assault in their lifetime.” Keep scrolling and you’ll see their intro offer: first session “absolutely free!” After that, it’s around $150 a month for monthly membership. That’s not counting the less visible cost that comes with any product marketed to your victimhood. Women are already entrenched in industries that profit on our insecurities, surrounded by products constructed on notions of female inadequacy: the $130 billion skincare industry, the $66 billion spent annually on weight loss. These are all markets ostensibly intended to make us feel better—but not so good that we stop giving them our cash.

The most expensive self-defense classes often explicitly capitalize on women’s feelings of vulnerability.

A look at the history of women’s self-defense shows that complicated, conflicting ideas about race, gender, and vulnerability are embedded in the movement’s very DNA. According to Wendy Rouse, author of Her Own Hero: The Origins of the Women’s Self-Defense Movement, in the late nineteenth and early twentieth centuries, when women first began to study boxing and jiu-jitsu for both practical and political purposes, white men justified the sports as a way for white women to protect themselves from men of color when they weren’t around. “Objections against women studying boxing and jiu-jitsu dissipated as long as women’s self-defense was framed as a means of protecting white women’s sexual purity from threats by nonwhite men,” Rouse writes. The entire field’s legitimacy, then, rested on the idea of white female victimhood. And because it became about preserving women’s sexual purity, it also became about the interests of men.

Even female prizefighters partook in the mental gymnastics that justified their right to learn how to box. Often, this meant putting a feminine spin on the sport. “A man wouldn’t have a chance in the world in the ring with a woman,” early twentieth-century boxer Vera Roehm once said. “You see, all she would have to do would be to use her eyes, and other feminine wiles, and the poor man would be helpless.” More useful than a prizefighter’s cross or hook, Roehm added, is her disarming look in a “gymnasium costume,” coupled with the “innate chivalry” of her male competitors.

I recently attended a “Feminist Self-Defense” class where the instructor asked us to roleplay an encounter with an aggressive stranger. “Grr, pretend I’m a scary man!” said the assistant instructor, Blue. “Now kick me in the shins!”

But then the instructor switched gears, acknowledging that the vast majority of abuses—eight in ten—that women encounter come from partners or acquaintances, not creepy strangers on the street. So, we staged a date rape scenario, practicing flipping someone over when they’re straddling your chest.

For all their complexities, some self-defense workshops are transcending the glitz and girl power rhetoric to share protective tools with those who need them most. New York’s Chinese Hawaiian Kenpo Academy is one institution providing self-defense training for free. CAE is another. Their self-defense series is a five-week program that takes a holistic approach, covering a range of practical techniques including violence prevention, de-escalation tactics, and boundary setting strategies. Some of their classes are tailored to particular demographics, such as their LGBTQ people of color self-defense course. None promise eternal confidence or invincibility, just the basics needed to navigate contentious situations.

CAE’s Bruce tells me the organization wants to empower marginalized communities with a sense of security and control at a moment of fear. “We’re seeing interest increase and that’s a product of the environment we’re in right now,” they said. “Women, gender nonconformists, and people of trans experience don’t feel safe.”

By teaching self-defense for free, CAE acknowledges something that its pricier counterparts do not—not everything should be for sale.

Emma Goldberg is a writer with bylines in the Washington Post, the New York Times, The Economist, Elle, and the LA Review of Books, among other places. She lives in Brooklyn, New York. 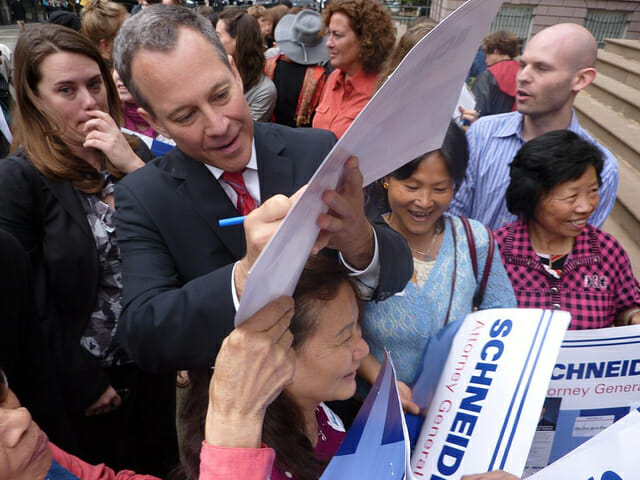 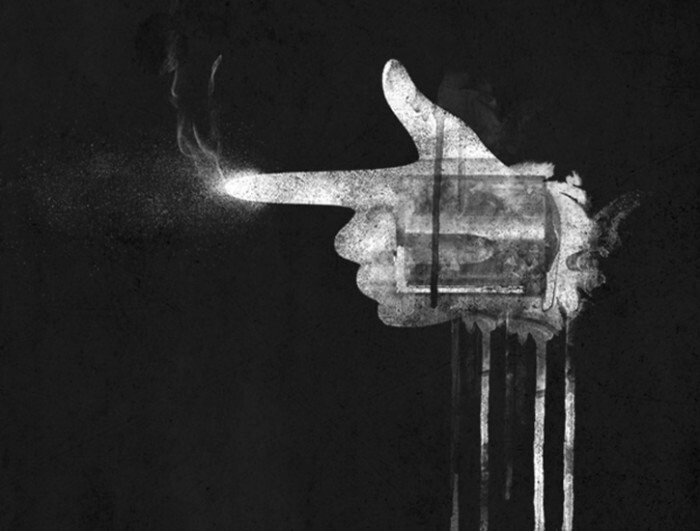