For many Americans, 1972 was their year to live the revolution. Che Guevara had tried, and failed, to ignite a peasant revolt in Bolivia. The Tupamaro guerrillas were having mixed success among middle class intellectuals in urbane Uruguay. But the hopes of would-be progressives of all stripes were focused on Chile, where a socialist had become president in impeccably democratic elections with promises of defeating poverty, unleashing economic development, and delivering power to a new middle class of workers and small farmers.

It was to be a revolution with unfettered freedoms and, as president Salvador Allende liked to say, lots of “empanadas y vino tinto”—meat pies and red wine.

Among the thousands of American academics, veterans of the U.S. antiwar movement, and assorted counter-culture hangers-on who converged on Chile was a thirty-eight-year-old former Mennonite housewife from Kansas, Carol Andreas, who arrived in October 1972 with her seven-year-old son Peter.

It was the beginning of a story of political idealism, disappointment, and radicalization that took Carol and Peter from Allende’s Chile, to association with a Maoist uprising in Peru, and eventually back to the marginalized and fragmented movements of the Marxist left in the United States. In Rebel Mother, Peter Andreas, now a tenured professor of political science at Brown, has reconstructed this unconventional family journey in fascinating detail from the voluminous diaries he discovered after his mother’s death in 2004.

For many of us from that exhilarating and troubled era, Carol’s progress is both sympathetic and tragic, the logical trajectory of a life faithfully guided by the radical political values that cast such a powerful spell at the time. And for those who travelled part of the way, then turned aside, Carol’s story is the road not taken.

Carol arrived in Chile in October 1972, an antiwar feminist fleeing her marriage to Peter’s father, Carl, a labor union professional whose goal in life was to ensure a good and stable life for his wife and three sons. He was, as we used to say, “straight.” Marxist reading (first encountered during Carol’s PhD studies at Wayne State University), women’s liberation groups, and a brief affair set the stage for Carol’s decision to leave him. It was not an amicable breakup.

Any U.S. citizen, including myself, was vulnerable to the ultimate charge of being an undercover CIA agent.

Peter describes three times he was “kidnapped” as his parents fought over who would raise him—first from his school by his father, then twice by his mother, who took him with her to “join the revolution” in Chile and later to Peru.

I arrived in Chile the same month as Carol and got to know her and Peter through a mutual friend, Richard Feinberg, who had written a book about the first year of Allende’s democratic revolution. The expat community comprised many nationalities, including Latin American refugees from the various right-wing dictatorships who had found a welcoming haven in Chile. People hung out at the new cultural center Allende built in Santiago, talked politics, and signed up for volunteer work brigades. Paranoia was perhaps inevitable in such an environment and any U.S. citizen, including myself, was vulnerable to the ultimate charge of being an undercover CIA agent.

The expats’ political discussions often centered on the hostility of the Nixon administration and on its efforts to undermine Allende’s experiment, fearing its combination of socialism and democracy might prove irresistible elsewhere and turn more Latin American countries away from being reliable allies in the Cold War. Carol’s discourse at the time was not extreme, at least in her conversations with me. She talked about women’s liberation, of which her own story was exhibit A. She was learning Spanish and embarked on writing a book on women in the Chilean revolution.

Peter’s loyalty to his mother is unwavering, but he describes the many examples of parental irresponsibility on her part. Serial boyfriends sharing her bed while Peter feigns sleep across the room is only one repeated example. Most tellingly, for several months in 1973, Peter was left with a Chilean family on a small farm in southern Chile while his mother travelled to do research on her book. It was a critical time. The Allende government was reeling from one crisis to another, food was becoming scarce because of hoarding and a trucker’s strike, and street violence and sabotage bombings had become an almost daily occurrence.

On September 11, the military, led by General Augusto Pinochet, moved against Allende, bombed the presidential palace and started a wave of terror. More than 1000 people were executed in the first weeks and tens of thousands of Allende supporters and sympathizers were rounded up in makeshift prisons, including the national soccer stadium.

So-called “foreign extremists” were a particular target, especially the Latin American refugees. A U.S. passport was no protection. Two dozen U.S. citizens were imprisoned in the stadium. Two of them, Charles Horman and Frank Teruggi, the latter an acquaintance of Carol’s, were executed. Their riddled bodies showed up at the Santiago morgue around the same time as those of union leaders who had been captured at factories suspected of resisting the military.

In my case, police with automatic rifles twice raided my house in the Ñuñoa neighborhood of Santiago, looking for weapons. They had been directed there by neighbors convinced our group house inhabited by bearded foreigners must be an extremist hideout.

Virtually all the left-leaning expats departed Chile as soon as the airport was opened. But Carol was frantically trying to make her way to retrieve Peter from the farm in the south, where killings of peasants by aggrieved land owners were rampant. Peter recounts that his mother arrived “a couple of weeks after the coup.”

The author’s perceptions are, of course, those of a child. He was helping out on the farm, trundling into town on an ox cart selling produce, going to the local school. He loved the farm. “That’s where I felt I belonged. That’s where the fun was,” he writes, “I fit right in. I was just a grubby kid playing and working on the farm. I was the happiest I’d ever been.”

The coup was one of those before-and-after moments that marked a turning point in many lives. It was a stark political awakening for everyone, but the lessons from the coup were also wildly divergent. I doubled down on journalism and stayed to document the dictatorship. Those returning to the United States often directed their outrage to solidarity and human rights efforts to help the growing flood of political refugees from Chile and other dictatorships.

For her, the coup destroyed any liberal hope she may have had that the reforms of a democratic government would be allowed to survive.

Carol took the other fork in the ideological road. For her, the coup destroyed any liberal hope she may have had that the reforms of a democratic government would be allowed to survive. Making her way over the Andes to Argentina, and then to Peru, Carol took a hard turn in the direction of serious Marxism-Leninism, and even Maoist thought.

Carol met Raul, a twenty-one-year-old Peruvian and fellow Marxist, who was to become her most enduring partner. They made their home, with Peter, in a single room in a small town high in the Peruvian Andes. There, Carol was convinced, the real revolution was happening—not the reformism that had led to disaster in Chile. It was authentic revolution, with armed struggle by masses of real indigenous peasants and workers.

The movement was Sendero Luminoso, the Maoist force just beginning a decade of guerrilla warfare in the Peruvian highlands, which resulted in massive human rights violations by the Sendero fighters and the Peruvian Army. Eventually Sendero, which translates as “Shining Path,” was held responsible for killing more than 37,000 people, among them many noncombatants as well as soldiers, according to the report of Peru’s authoritative Truth and Reconciliation Commission. How close Carol got to actual collaboration with the movement is unclear in the book. She moved back to the United States in the mid 1980s, and later wrote approvingly of Sendero’s “gender equality” and its efforts to place women in its leadership.

This is a riveting story, compellingly told by an accomplished writer. Peter had his own radical turn when, defying Carol, he moved away from radicalism. His academic work in political science and writing about Latin America, however, show he is still very much the son of his beloved mother.

Carol Andreas, living in Denver under an assumed name to avoid the arrest warrant for Peter’s final parental abduction, got a job teaching sociology. She wrote occasional treatises on Maoist-line revolution, but her teaching and writing were devoted to the radical feminism that was after all her ideological core.

John Dinges, the Godfrey Lowell Cabot Professor of Journalism Emeritus, Columbia University, lived in Chile from 1972 to 1978, working as a stringer for, among others, The Washington Post and Time magazine. He is the author, most recently, of The Condor Years: How Pinochet and his Allies Brought Terrorism to Three Continents (The New Press). 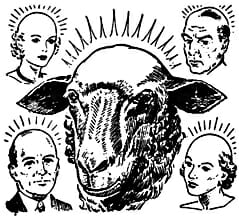 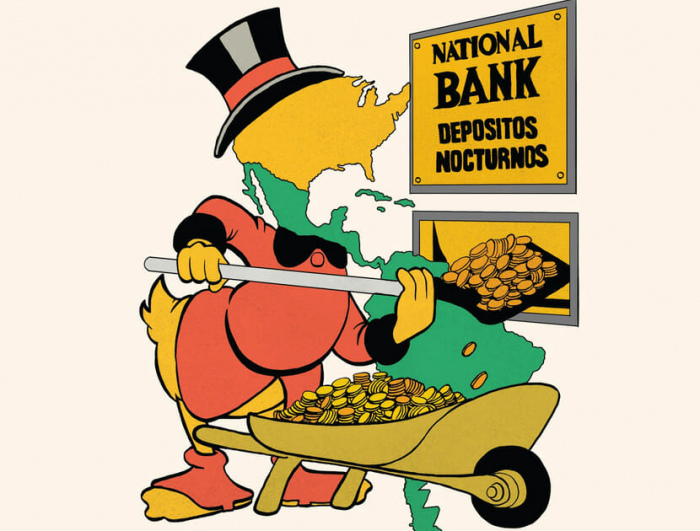 If It Looks Like a Duck
Yohann Koshy
Word Factory 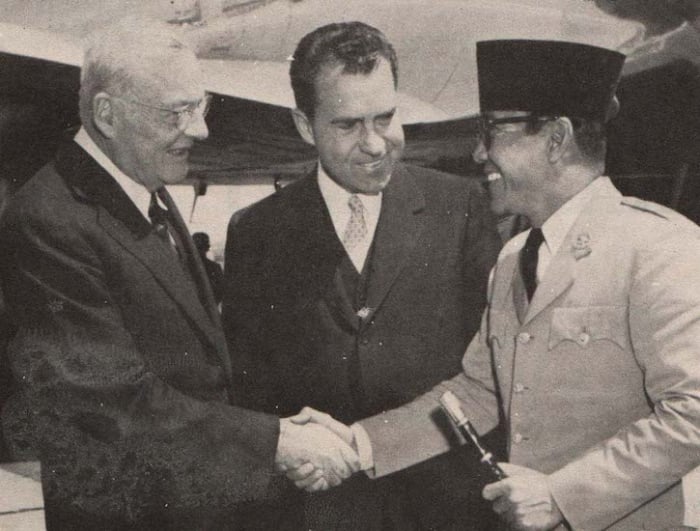