Post-blackness still rouses my bile. The term was originally coined by art curator Thelma Golden and artist Glenn Ligon to describe black artists whose art was less concerned with representation. In 2011 post-blackness was popularized by writer Touré. Exporting the term from the art world, Touré expanded post-blackness to represent a new epoch in black life. Still black, but no longer “constrained by” blackness, the bearers of post-blackness listened to Santigold and skydived and ate fried chicken in public and became president, freedom ringing in the depths of their liberated individual souls. Who’s Afraid of Post-Blackness?, Touré’s sketch of this new frontier of blackness, described the phenomenon in numbing detail, weaving interviews, autobiography, and observations into a grand tapestry of nil. Touré certainly thought he was describing a new kind of blackness, and he even convinced the bulk of his interviewees to echo his provocations, but despite his best efforts post-blackness always came out looking just like blackness. “Black people are individuals,” Touré declared ad infinitum, as if we ourselves have ever doubted it, as if blackness can’t accommodate individuality. This was the thrust of post-blackness, and frankly it was embarrassing. Not many pages into the book its core idea is exhausted.

Post-blackness has retreated from public discourse following the debacle of Touré’s book, but its decline is instructional. Central to the book’s emptiness was its inability to perceive or question the utility of its tools. Post-blackness works only if blackness 1.0 is too restrictive. All groups have boundaries, but were the boundaries of blackness so rigid that they needed to be broken down? Was there really a black gaze preventing black people from blossoming into their full selves? Maybe, but Touré couldn’t make the case because he was too enamored with his sexy solution—post-blackness—to even convincingly articulate the nonexistent problem.

In 1992, screenwriter Steve Tesich used the phrase “post-truth” to make the case that truth had declined as the bedrock of society. Writing in the aftermath of the Persian Gulf War and the general public support for it, Tesich argued that a shift had occurred in the public’s relation to truth, and he found it utterly repulsive. “In a very fundamental way we, as a free people, have freely decided that we want to live in some post-truth world,” he wrote with alarm. You can hear that alarm resounding in the contemporary use of post-truth. “The truth is losing,” writes David Ignatius. “We’re living in a post-truth world,” Tom Tomorrow illustrates. Post-truth “is the new reality,” claims Lahcen Haddad. Oxford Dictionary even declared post-truth 2016’s word of the year. There’s a bristling anxiety in the air following the presidential election and post-truth is clearly meant to be a call to action, a rally cry of resentment and recognition of a new, chilling age in which truth has been dethroned. But in practice post-truth mischaracterizes both our age and all ages before it.

Truth was never the governing principle of American life. Truth, like blackness, has always been under siege.

Tesich brandished the term to indict a populace that celebrated a war they knew to be corrupt. For him, post-truth was a slur to be hurled at a public that had willingly, eagerly, lost its way. Implicit in his idea was that the public had access to truth and decided to ignore it, and that previously truth had been the law of the land. The latter isn’t even nostalgic; it’s patently false. Believing that truth has ever been the organizing principle of American life ignores centuries of foreign and domestic policy and neglects an entrenched institutional disregard for people without property or money that existed before the nation was even founded and that we’re still battling today. America abandoned truth the moment it declared all men are created equal and then defined “men.” And it reproduced that moment each time a police bullet penetrated an unarmed citizen, or a government agent infiltrated a civil rights organization, or a bank got bailed out, or a voting district got redrawn, or another season of American Idol aired, ad infinitum.

So the real cornerstone of Tesich’s conception of post-truth is a moral indictment: “You knew it was wrong and you did it anyway.” Again, there’s a severe unempiricism at work here. Tesich ultimately values truth by how many people do or don’t believe in it. This ignores the fact that the Persian Gulf War was one of the first televised wars with 24/7 coverage, giving it a believable veneer of authenticity and purpose. For Tesich, a post-truth world wasn’t a reality in which there was less truth: it was a reality where truth competed with alternative explanations. In other words, his definition of truth is social.

There is no value in this understanding of truth. Truth, like blackness, has always been under siege. To define truth by the intensity of that siege is to give the raiders the advantage and to miss the nature of the conflict. Fake news and scumbag politicians and demagoguery do not target the truth. They target our capacity to discern the truth, our networks of access and verification, our sources of authority and trust, our curiosity and skepticism. These threats are absolutely social, but they are also technological, and the post-truth label obscures that. In its sweeping incrimination of us wayward citizens, post-truth looks past the material elements of disinformation and mourns our tendency to believe it. The futility of this approach in an age of tech-bolstered hyper-partisanship, mass surveillance, and state-sanctioned hacking, is astounding.

In his 1965 book, Propaganda: The Formation of Men’s Attitudes, French philosopher Jacques Ellul had no undue regard for truth. Effective propaganda can make use of truth and facts. “Modern man worships ‘facts’— that is, he accepts ‘facts’ as the ultimate reality. He is convinced that what is, is good. He believes that facts in themselves provide evidence and proof, and he willingly subordinates values to them,” he wrote skeptically. For Ellul, focusing on truth alone distracted from both the means of propaganda (structures and techniques of dissemination and coercion) and, more importantly, the object, us. “The aim of modern propaganda is no longer to modify ideas, but to provoke action,” he wrote. In exhausting detail, his book assembles a vast taxonomy of propaganda techniques and strategies for an equally vast array of citizens and circumstances. Ellul shows propaganda to be an extraordinary shapeshifter, molding minds and minting myths even for noble purposes. But though you can feel his awe at the horrifying malleability of man, he never loses sight of the machine at work. It would be  reductive to view the 2016 election outcome as the result of propaganda, but Ellul is useful here because his key insight is that the levers of change are never matters of rote truth. Propaganda is not just a matter of disinformation or naive minds; it is the apparatus of spreading and creating information, of sowing and reaping naivete, and Ellul never lost sight of that. We must be just as vigilant.

The aftermath of the election has felt like a vigil. Every new cabinet announcement and hate crime and pigheaded Trump tweet has felt like a direct confirmation that horror looms in 2017. And honestly, it does. But that’s precisely why we must leave post-truth in 2016. To think we are in a post-truth society muddles our goals. Post-truth profanes the long history of whistleblowers and investigators and activists and regular folks who told truths they knew to be unpopular. Post-truth demands us to be better but fails to account for the structures that wear us down. Post-truth is not a call to arms, it is a disarmament, a failure to recognize and counteract the fusillade of information that truth is and always has been subjected to. The idea of post-truth, like post-blackness, is a waste of our time. 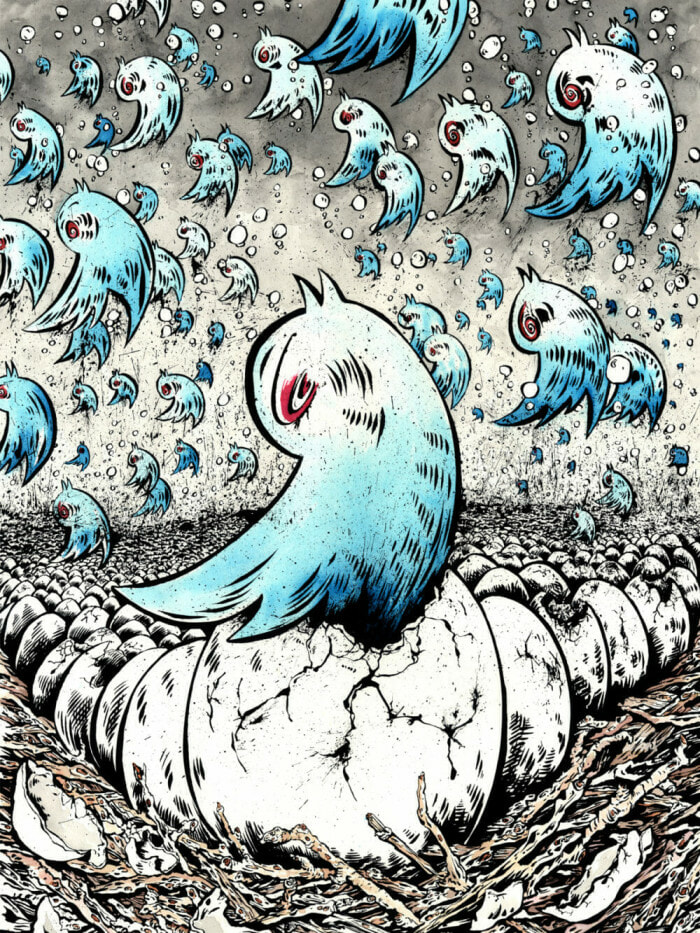 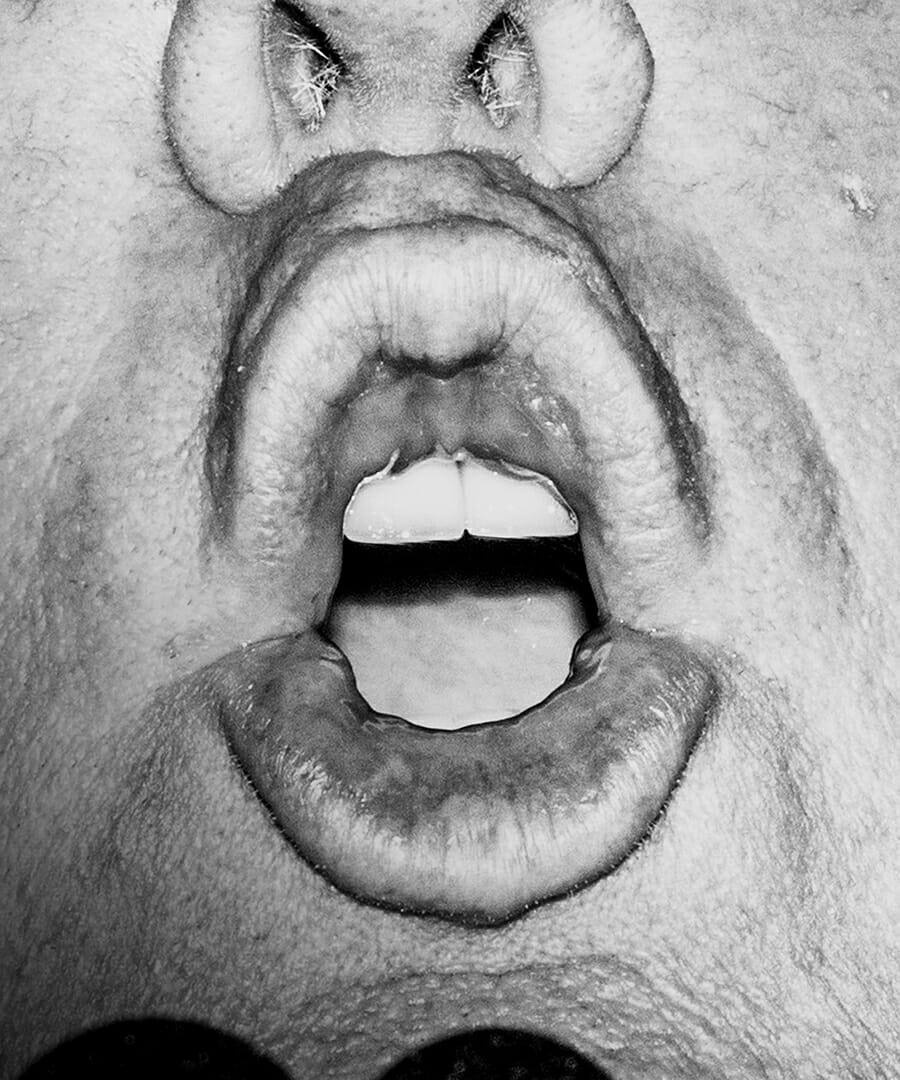 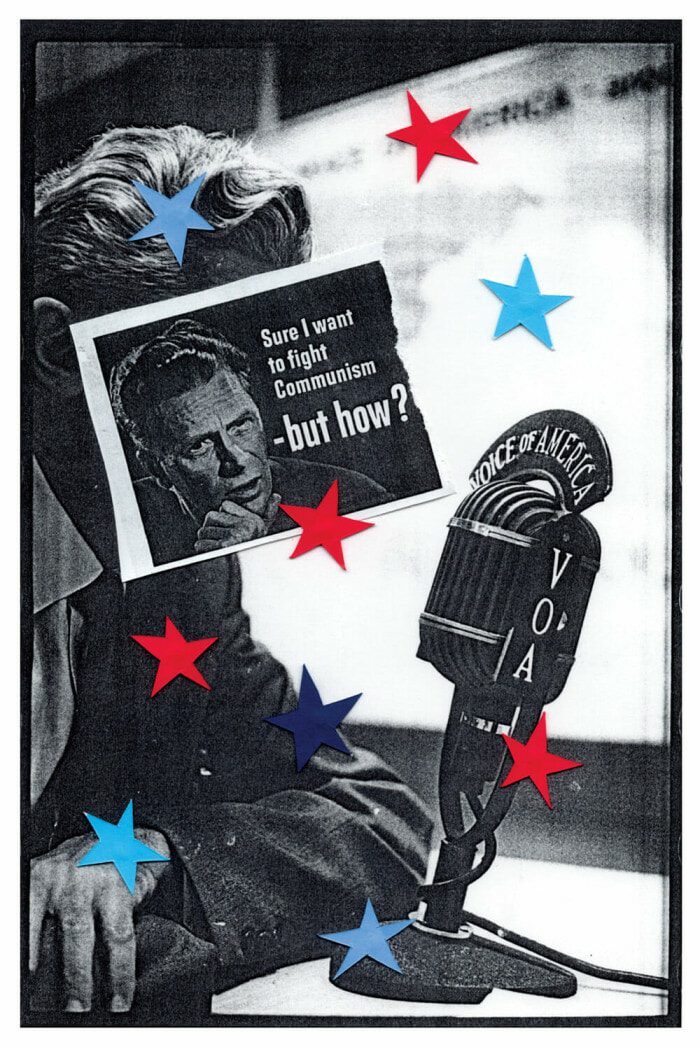