While a song plays on a loop in my mind, I’m free from the infinity of anxious thoughts that would otherwise spiral there. My waking hours become distinguished by one song or a few—the playlist depends on my mood or, maybe, determines my mood; every morning, I hear, inwardly, a lyric that speaks to me, a melody that soothes me, and I bring it along through the day—marking time, marking time by its repetition. I recite it in silence. I hum or whistle it. I belt it out of tune.

But the condition of having a lyric or melody repeating in the mind to an excessive extent has been pathologized as stuck song syndrome. Neuroscientists call the song in question involuntary musical imagery, or an earworm, inspired by the German use of ohrwurm (an earwig) to name the phenomenon. Oliver Sacks called it a brainworm. Theodor Reik, Freud’s protégé, called it the haunting melody.

Some involuntary musical imagery can disturb the hearer, and thus, I suppose, it deserves the uncomfortable connotations of worming: writhing, tunneling. If the haunting melody disturbs me, I switch to another, more pleasurable one—dubbed a cure tune by Victoria Williamson and her colleagues in their paper “Sticky Tunes: How Do People React to Involuntary Musical Imagery?” Cure tunes linger, ghostlike, whispering through the passages of my memory. My primary stream of consciousness sounds like scanning the preset channels on a satellite radio—a medley of involuntary musical imagery—not an ohrwurm but an ouroboros: the snake with its tail in its mouth. I overhear a familiar lyric or melody, and it sticks instantly. Choosing a cure tune, I snag on a phrase that I turn into a refrain; I curate an anthology of refrains. Merely glimpsing a song’s title lodges its refrains in the foreground of my focus. An event or statement triggers my recollection of a refrain, and I say it aloud in response. For a decade, I’d conjure the opening piano chords of “Willie” from Cat Power’s record The Greatest to neutralize obsessive, intrusive thoughts. Now, every few weeks, a new song announces itself as the one I call my anthem—one that enables me to feel “alive and connected to the world,” as a friend of mine described the impetus—and I listen through earphones in three or four or a dozen takes per hour; frequently, I get the urge to restart the song before it is finished (exemplary of my tendency to demand more and more of the things I already possess). My anthem, at the time of writing, mashes up several tracks from Ariana Grande’s album thank u, next.

I must’ve been younger than twelve when I began using anthems to modulate anxiety. On March 9, 1998, the sitcom Ally McBeal aired the seventeenth episode of its first season, and I watched it on television. “You need a theme song,” Ally’s new therapist, Tracey (played by guest star Tracey Ullmann) tells her. “Something that you can play in your head to make you feel better.” (Ironically, Ally does, in fact, have an extra-textual theme song: the show’s opening credits, “Searchin’ My Soul” by Vonda Shepard.)

“Since I was ten,” Tracey responds. “And it still works.” Putting “Tracy” by the Cuff Links on the stereo, she says, “Every time I feel down, I hear it my head.”

“You sing this in your head?” Ally asks, incredulously, though later, she’ll pick two of her own theme songs: “O-o-h Child” (popularized by the Five Stairsteps) and “Tell Him” (popularized by the Exciters). I remember watching, buoyed by the elation of self-identification, thinking, I do that, too.

However, I didn’t hear about this habit in terms of pathology until I saw Jeremy O. Harris’s Slave Play on Broadway in October 2019. During the second act, the protagonists, who’ve come together in a form of group couples’ therapy called Antebellum Sexual Performance Therapy—a fictional role-playing treatment that confronts the violence perpetuated by racism in the lives and interracial relationships of the patients—receive the diagnoses of “obsessive-compulsive disorder / with acute musical-obsessive disorder.” The play’s central character, Kaneisha, endures musical hallucinations—a severe form of stuck song syndrome, in which the hearer believes their involuntary musical imagery originates from an external source—and these diagnoses set the stage for her emotional breakthrough, delivered in a breathtaking anti-colonial monologue that enunciates her trauma. Kaneisha’s earworm, Rihanna’s “Work,” resounds overhead in moments of pleasure and distress, accentuating and superseding her revelatory orations.

If I remember correctly, the production I saw on this evening in October 2019 introduced the concept that involuntary musical imagery may elapse at half the song’s actual speed in the mind of the hearer. And, if I remember correctly, following the performance, as the audience exited the John Golden Theatre in Manhattan, “Work” resounded overhead at half speed—an immersive imitation, reinforcing this concept. Soon after, I discovered a bootleg of my personal anthem at the time, Cat Power’s “Woman”—a session from the BBC Radio 6 Music studio in London on October 22, 2018, where she performed a solo piano rendition at a markedly slower tempo, if not quite half, compared to the version on her record Wanderer. Such synchronicities reassure me that the peculiarities of my haunting melodies aren’t anomalous. And yet, in the edition of the Slave Play script published by Theatre Communications Group, no trace of this half-tempo concept remains, and the only reference to any alteration of the earworm resides in these lines from Gary, whose musical hallucinations feature Unknown Mortal Orchestra’s “Multi-Love”: “It didn’t sound the way it normally does / it was like / it was amplified or something?”

A study conducted by James J. Kellaris in 2003 at the University of Cincinnati found that more than 98 percent of the population encounters earworms, although true musical obsessions are considered rather rare, occurring predominantly among people diagnosed with obsessive-compulsive disorder. Musical obsessions involve “persistent sounds or tunes, not controlled by the will, that cause clinically significant anxiety and distress,” whereas stuck song syndrome “can be distressing” but “does not deteriorate the quality of life of the individual,” according to Juan Manuel Orjuela Rojas and Ingrid Lizeth Lizarazo Rodríguez in their paper “The Stuck Song Syndrome: A Case of Musical Obsessions.” At worst, my haunting melody disrupts my attention to conversation or contemplation—ever so slightly dissociating my imagination from reality. I am lucky to have randomly developed the methods dubbed engagement and distraction by Victoria Williamson and colleagues for coping with sticky tunes—and am ultimately transfigured, not trapped, by this experience.

Daniel J. Levitin’s This Is Your Brain on Music devotes only one paragraph to involuntary musical imagery, declaring that earworms resemble auditory short-term memory: the recall of sonic information fifteen to thirty seconds in length. Further, he suggests that haunting melodies illustrate how the brain creates memory, in that the hearer’s neurons form a network identical to the network formed when the information was originally processed. “Our best explanation is that the neural circuits representing a song get stuck in ‘playback mode,’” writes Levitin. But what precisely constitutes playback mode? He doesn’t elaborate.

Researchers believe they have pinpointed where—the rostromedial prefrontal cortex—and how the brain produces involuntary musical imagery, but the reasons why remain inconclusive. Wondering what’s so irresistible about certain songs, Oliver Sacks’s Musicophilia asks, “Is it some oddity of sound, of timbre or rhythm or melody? Is it repetition? Or is it arousal of special emotional resonances or associations?” Without providing a definitive verdict, Sacks offers a persuasive case for all the above. Indeed, timbre, rhythm, and melody communicate more psychological nuance than language alone—rendering legible the most incomprehensible emotions—enunciating distress and amplifying pleasure. If a particular timbre, rhythm, or melody corresponds with a particular memory of profound emotion, then perhaps the activation of this emotional memory activates the recall of this sonic information, too.

Theodor Reik’s The Haunting Melody also underscores the significance of analyzing the emotional resonance in musical associations: “The recurring tune may announce in its compelling and compulsive pressure the working of an unknown power in you. Whatever secret message it carries, the incidental music accompanying our conscious thinking is never accidental.” Reik intimates that the subconscious articulates using involuntary musical imagery, and I do believe that a haunting melody has something to tell the hearer: something they need to know, something they already know but haven’t fully fathomed.

Quite often, a lyric or melody from my past resurfaces, causing a tsunami of nostalgia. Yes, it tells me, you’re feeling that old feeling again; you’ve always been this impatient, insecure creature; this song was then and still is here now to help to heal you; it’s not too late to learn patience and self-sufficiency. And so I say, “I sing to use the Waiting”—the first line of a poem by Emily Dickinson. The speaker of the poem and I stand by the front door, ready to go, anticipating the arrival of someone with whom we’ll “journey to the Day / and tell each other how We sung / to Keep the Dark away.”

A lot of life is waiting. Using the waiting, the one who waits doesn’t wait in vain. I think I worry to use my waiting, and to use my worry, I keep writing these words. Stuck songs and cure tunes accompany me through anxiety, boredom, loneliness—for I am terrified of loneliness and prefer intimacy with friends and lovers over the sadness of solitude. Even the most banal jingle, even the most disruptive ditty provides a minuscule degree of amusement and continuity in place of anxiety and boredom. And when solitude feels too terrible, while I’m anticipating the next intimacy—if I’m so lonely, I’m scared the sadness won’t ever subside—I play a song. It reminds me who I am—and how I want to be.

Zachary Pace is a writer and editor who lives in New York City. More work can be found at zacharypace.com. 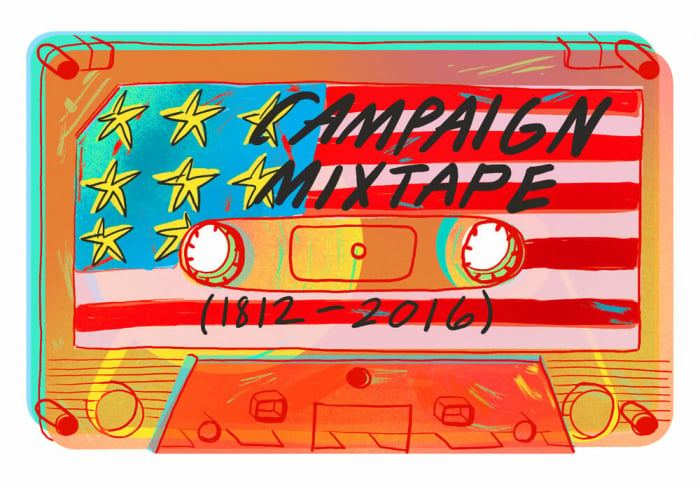 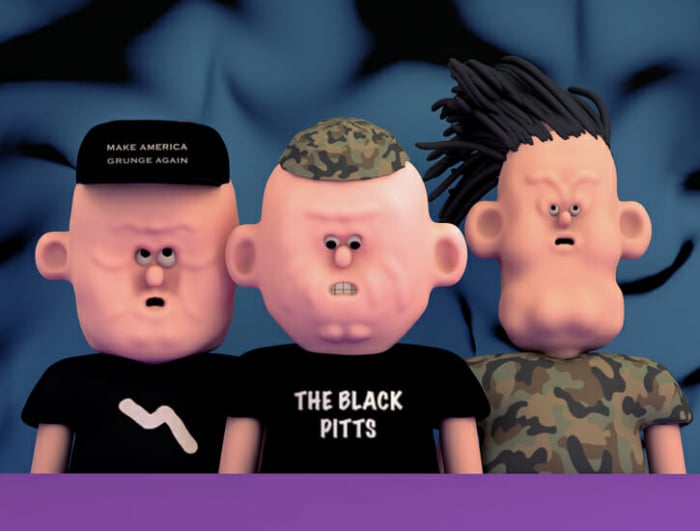