Written in blue ink, in some unknown hand: “NO ‘OCCUPIED’ GAZA STRIP.” And right above it, a big X over the words “do not use [gay] as a synonym for homosexual . . . ” Without any hint of irony, the New York Times – Gender Instagram account posted this image from the paper’s style guide as a bit of Pride month self-promotion, presumably meant to demonstrate the Times’ progress from bigotry to acceptance.

So it seems odd that the note on Gaza should be so visible, parroting the Israeli state’s insistence that, following the withdrawal of their troops in 2005, the territory is unoccupied—despite the fact that Israel maintains almost complete control of the movement (or lack thereof) of people, money, capital, and resources in and out of the Gaza strip. Egypt practices a similar closed-door policy with Gaza. The Instagram post, then, betrayed a dark irony:  How can the liberation of one group be tied so comfortably to the oppression of another?

It’s less surprising when you consider how “liberation” has been co-opted by forces of imperial power like the U.S. military, producing a contradiction in how it is understood in the West. In this framework, liberation, insofar as we can talk of a liberated subject or an object to be liberated, is not about resistance. It is about bargaining with power, and power mutates the term to suit its own ends. 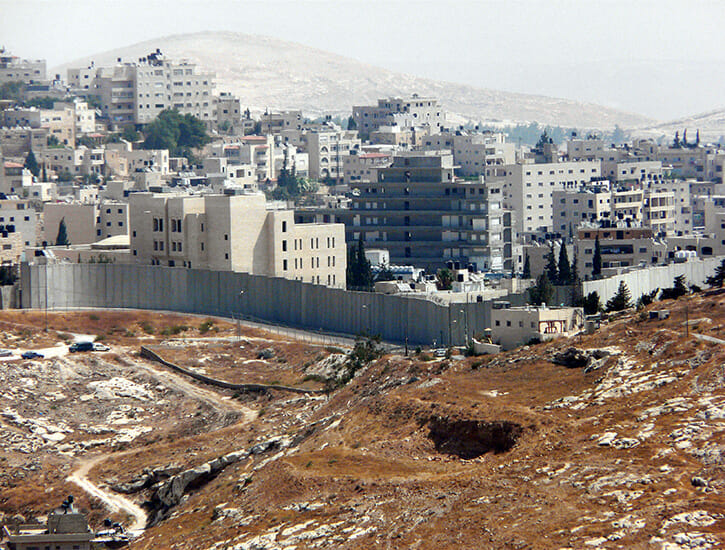 Take the invasion of Afghanistan, for example. The United States has long used the idea of liberation—liberation from terror, women’s liberation, economic liberation—to justify its continued presence in the country. Indeed, when the New York Times reported in 2010 that a “small team of Pentagon officials and American geologists” had discovered huge swaths of mineral deposits in the country worth almost $1 trillion, it seemed to promise a boon for the Afghan economy as well. But the American government knew about Afghanistan’s mineral wealth well before the 2001 invasion, and whatever jobs the discovery brought would be tied to an infrastructure run by the American military and attracting Western investment. Economic liberation always comes with such caveats: jobs created and controlled by American business interests; raw materials funneled into a Western mouth hungry for more. It is liberation to the American dollar, into the sphere of U.S. imperialism.

When Danny Danon, Israel’s ambassador to the United Nations, argued recently in the pages of the New York Times that a “national suicide” would improve life for Palestinians, the curious doublethink which has long been used to justify American intervention in the Middle East surfaced again. Surrender becomes victory, and occupation becomes liberation. Not just, in this case, surrender to Israeli colonialism—the dispossession of the Palestinian population and the theft of their land by the state—but to U.S. imperialism—the extension and maintenance of U.S. power in Israel—as well. As the Israeli state claims more land, as it forcibly removes more Palestinians, it also fortifies its claim to legitimacy; without the blind eye of the U.S. government, that dispossession would not be possible. See: the recent non-binding resolution to oppose BDS passed with overwhelming bipartisan support by the U.S. House of Representatives.

In return, Israel serves as a key strategic ally in the Middle East, ensuring the flow of oil and gas into the United States and serving as a bastion against Iran. In the years since its inception, Israel has acted time and again in both American and Israeli national interests, extending U.S. influence into the Arab world. In a seminal 2007 essay from the Monthly Review, Bashir Abu-Manneh explains how Israel’s strategic importance to the United States has allowed for a relationship between the two states in which U.S. imperialism and Israeli colonialism work in tandem to produce results in both their national interests. Twelve years later, his argument continues to hold. But how is this particular relationship justified? The language of liberation abounds in both countries—but who is being liberated, and how?

One of the many unconvincing arguments marshaled to the defense of this relationship relies on the shared cultural values of both countries, including the value of LGBTQ life. As Jasbir Puar notes in Terrorist Assemblages: Homonationalism in Queer Times, the liberated LGBTQ subject of Western nations is frequently used as a tool to extend the reach of U.S. imperialism. The perceived (and often manufactured) threat posted to LGBTQ life in the United States and other Western countries by the barbarism of Islam, the backwardness of the Middle East, is cited as a justification for imperial war and colonization. In other words, to protect a liberated queer population, others must be marked for detention and death. In Israel, this takes the form of what is generally called pinkwashing: Israel is depicted as a safe haven for gay life, but one defined against terror that threatens it.

In the mainstream media of Israel and even the United States, it is not unusual to see the entire Palestinian population racialized as a terrorist threat, from fear-mongering around Palestinian mothers giving birth to “little snakes” to the “demographic realities,” in Elizabeth Warren’s terminology, allegedly faced by Israel. For Gazans, that rhetoric is ramped up even further, with Hamas and its fundamentalist Islamic principles neatly coinciding with the narrative of all Islam as a backwards religion hostile to anything modern, enlightened, or virtuous. And that, of course, includes hostility to LGBTQ people. The deeply unsettling practices of Israeli colonialism—illegal settlements, apartheid laws, the mass incarceration of children and adults—are not only justified by the logic of pinkwashing but encouraged by it. How else to protect queer life in Israel?

“Liberation,” then, is reconfigured as the protection of Israeli gays from the threat of the Palestinian terrorist. But that liberation encroaches like a virus into the lives of Gazan Palestinian queers too. A June 2018 video produced by the outspokenly Zionist non-profit organization StandWithUs highlighted the acceptance and equality that LGBTQ people experience in Israel by contrasting it to attitudes about homosexuality in Gaza and the West Bank. When they aren’t ignored entirely in this kind of propaganda, gay Palestinians are depicted as victims of their own culturally backward society. According to StandWithUs, “Palestinian leaders make it more acceptable to be a terrorist than a member of the LGBT community.” The Gazan queer, then, occupies a role rife with tensions; they are at once stripped of agency while also being forced to embody the role of terrorist that this logic extends to all Palestinians.

In reality, though, there is little contradiction between being a terrorist threat and a queer victim. Partly because, as Jasbir Puar writes, the Islamic terrorist is already constructed as a kind of queer image, one shaped by “Orientalist wet dreams of lascivious excesses of pedophilia, sodomy, and perverse sexuality” which coalesce into a repulsive masculinity opposed to the virtuous masculinity rooted in the West. But more importantly, it’s because logic underlying the designations of terrorist and victim is largely the same. In both cases, Palestinians are dead even as they live—threats to be taken out or casualties to mourn. In neither case is there a person, a subject, someone to be saved. There is only an ideology to pursue.

The contradiction between Israel’s brand as a gay haven and its practice of blackmailing LGBTQ Palestinians to work as informants for the Israeli state, then, also ceases to be a contradiction.  Because the point was never really to protect LGBTQ lives, not even Israeli or Western ones; it was only ever to legitimize occupation and colonialism by whatever means necessary. The Palestinian national cause is a roadblock to power for the Israeli state and, as long as the United States relies on Israel as its most important strategic ally in the Middle East, a road block to U.S. national interests, too. To erase the fact of Israeli occupation, to reframe it as a liberation for queers and for Palestinians (but not, importantly, for Palestine), if only they’d accept it, is to co-opt the language of resistance and force it into a deal with power.

So it makes a sick kind of sense, in the end, that the New York Times should post something that spoke to LGBTQ liberation and to Palestinian oppression all in one image. After all, “liberation” in this case is only a means to an end—imperialism, colonialism, oppression.

Rami Yasir is a writer, poet, illustrator and youth worker based in Manchester.  They have written for gal-dem and Wear Your Voice and contributed a chapter to the book The Emergence of Trans.  Their upcoming chapbook, How to be Okay, will be released in late September. They enjoy long walks on the beach, anything supernatural, and biting social commentary. You can follow them on Twitter. 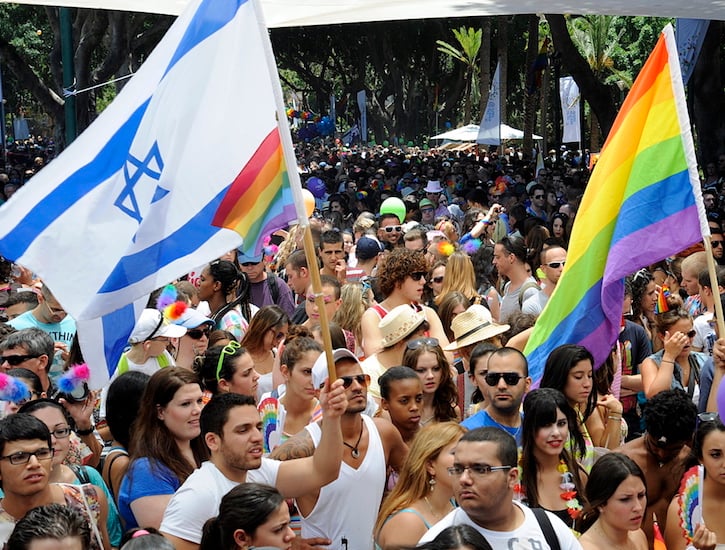 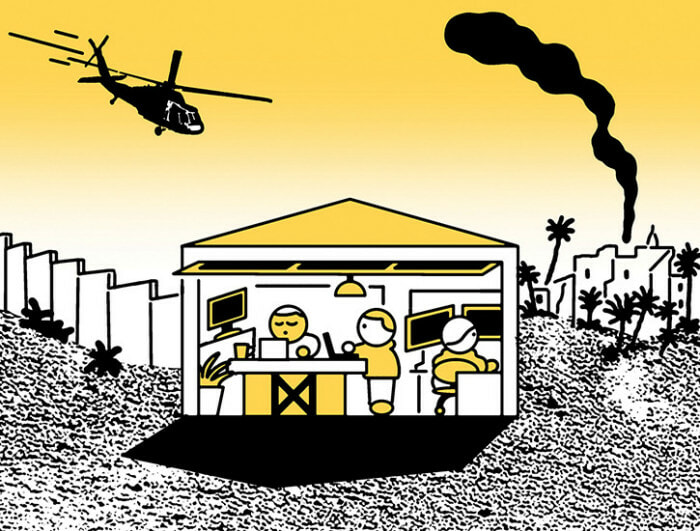 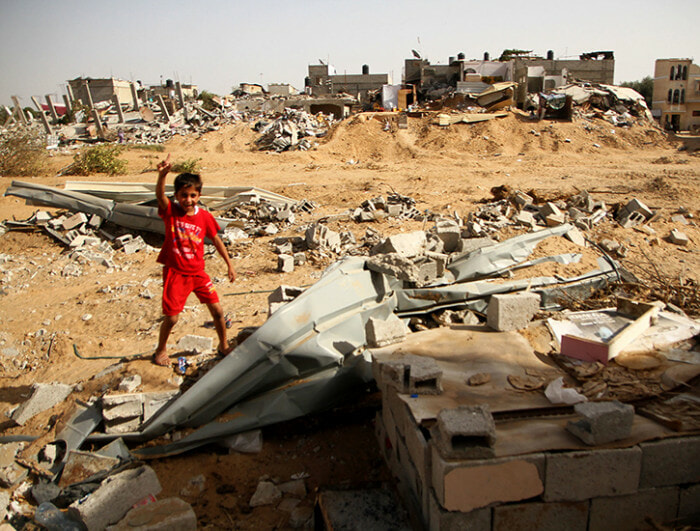