As the minutes ticked down to last Friday’s extraordinary announcement from South Korea that President Trump would break with seven decades of U.S. policy and meet with North Korean dictator Kim Jong-un, reporters and pundits were already throwing cold water on the idea.

The negative mood was especially palpable on CNN, where Wolf Blitzer had hastily assembled a group of “experts” to analyze this sudden White House policy turnabout. A major breakthrough might be coming, they all agreed, but chances for a quick resolution were low.

Political reporter Gloria Borger, one of the all-time media insiders, summarized the doubts with a firm prediction. “We should caution that there is nobody I’ve spoken to who is saying that the president should jump on a plane soon for any kind of meeting right now,” she sniffed.

Two minutes later, she was proven flat wrong when Chung Eui-Yong, South Korea’s national security adviser, announced that Trump had accepted an invitation from North Korea and would “meet Kim Jong-un by May to achieve permanent denuclearization.” Then he walked off into the night, leaving CNN and most of the rest of our establishment media stammering in shock.

Within minutes, the New York Times’ resident hand-wringer, Nicholas Kristof, was tweeting like Chicken Little. “I’m all for direct talks, but starting with a summit seems to me a very dangerous gamble, and a gift to North Korea,” he announced. By the weekend, he had a column up denouncing the very idea of a summit and suggesting that Trump was employing a wag-the-dog strategy to shift the media focus away from the Russia investigation and his latest scandals.

The idea of Kim “playing” Trump immediately became the leitmotif for a liberal counterattack on Trump’s decision.

The meeting, Kristof wrote despairingly, “strikes me as a dangerous gamble and a bad idea. I’m afraid that North Korea may be playing Trump, and that in turn Trump may be playing us.” A one-on-one meeting of each nation’s leaders, he suggested darkly, gives “North Korea what it has long craved: the respect and legitimacy that comes from the North Korean leader standing as an equal beside the American president.”

Former Obama officials quickly got into the act as well. In the first Times news story on the Trump announcement, Evan S. Medeiros, an Asia adviser to President Barack Obama, claimed that any direct talks would “elevate” Kim and therefore “legitimize” his rule. “We got nothing for it,” he opined. “And Kim will never give up his nukes.” On Sunday, Ben Rhodes, Obama’s former national security adviser, pronounced the whole thing a bust in the making. “The question we have is whether [Trump] can succeed in this diplomacy,” he told NBC News.

The idea of Kim “playing” Trump immediately became the leitmotif for a liberal counterattack on Trump’s decision. Throughout the weekend, on cable news and social media, the Kristof line on the folly of simply thinking a summit was possible received strong support from liberal insider scribes, from the Washington Post to Mother Jones.

Some of the issues raised were legitimate: wasn’t Trump’s foreign policy team in disarray? How could we expect Trump to follow through on a major diplomatic initiative when he has contradicted himself so many times in the past and reversed course without even a look back? The sensible line of inquiry was led by former Secretary of Defense William Perry, who negotiated the first nuclear deal with North Korea in 1994.

Perry tweeted that direct talks were “a major improvement over diplomacy that consisted of shouting insults at each other.” He added a list of concerns, including this important question: “what does the U.S. expect to get, and what is the U.S. willing to give?”

Suzanne DiMaggio, an experienced negotiator who has met frequently with North Korean diplomats in informal sessions known as “Track Two” talks, also raised smart questions in Politico. While applauding the breakthrough, she posted a piece on Sunday flatly announcing that “The problem is the United States is nowhere near ready for this kind of high-stakes diplomacy.”

But for the most part, the liberal critique was focused on the very idea of a peace settlement on the Korean Peninsula that might involve engagement with Kim Jong-un, a leader who is probably more reviled by the U.S. media than anybody since . . . Kim Jong-il, the last North Korean dictator.

This was the basis for an incredible outburst on Thursday night on MSNBC from Rachel Maddow, whose show is now largely devoted to her obsessive focus on Robert Mueller’s Russia probe and Trump’s relationship with Vladimir Putin. On last week’s North Korea segment, though, Maddow summoned all her national security credentials to blast Trump for daring defy the foreign policy consensus on Korea that’s held Washington diplomats in thrall since 1953, when the Korean War ended in an armistice.

Speaking directly to her audience in the grave tones she reserves for the most serious issues, Maddow delivered a somber sermon: “Why has no sitting president ever met with a leader from North Korea? Shouldn’t I take this to mean this is a risky and unwise move? But this is the president we have, and he said yes to North Korea.” Hearing that, I took to Twitter to call her tirade “one of the most ridiculous arguments I’ve ever heard about Korea.”

What’s to account for all the high-decibel liberal angst over an announced summit with North Korea?

By Monday morning, my tweet had accumulated 880 likes, 360 retweets, and more than 100 replies—many of them from angry Maddow watchers upset that I would question the wisdom of the liberal queen of cable television. “Tim where is your Wikipedia page with your qualifications? Here is hers,” one of her fans in Raleigh, N.C., helpfully tweeted to me. (I have one, but as no end of past Twitter imbroglios has taught me, one should never feed the trolls.)

The liberal doubts and counterattacks continued into Friday, when the aroused White House press corps barraged the president’s flack Sarah Huckabee Sanders with questions about North Korea’s commitments. At first, Sanders seemed to hedge on the Thursday announcement, saying that the “president will not agree to the meeting without concrete steps and action” from Kim. This was enough for some journalists to declare the idea of talks all but dead.

“The major policy change Trump announced appears to be completely moot because he plays the president on television but isn’t really president,” the reliably clueless Jonathan Chait of New York magazine declared in a post filed at 3:13 p.m. on Friday. But a little over an hour later, Trump’s decision was declared final. “The invitation has been extended and accepted, and that stands,” a White House official told the Wall Street Journal, contradicting both Sanders and the swaggering pundit corps.

By Sunday, the shouting had largely given way to the official assurances of White House officials. CIA Director Mike Pompeo, for example, went on national television to declare that his agency “will be at the center of providing the intelligence picture” to Trump and Secretary of State Rex Tillerson[*] “so that each of them can understand how it is we can most likely achieve the President’s objective” in the talks. Translation: Unless something unforeseen happens, the talks will move forward, pretty much like any other diplomatic meeting does.

Still, some sniping continued, with Senator Chris Murphy of Connecticut predicting that “the worst case outcome for U.S. is also the most likely—a great, legitimizing photo-op for Kim, and no material commitment on disarmament.”

So what’s to account for all the high-decibel liberal angst over an announced summit with North Korea? Obviously, hatred for, and mistrust of, Trump figure prominently. Another factor, which is undoubtedly true for Maddow and many Democrats, is that Trump is actually doing what President Obama failed to do after running in 2008 on a promise to talk to the leaders of Iran and North Korea. (Instead, as I described in a piece for Alternet last fall, he made the situation with North Korea unfathomably worse.)

But as Christine Ahn, the Korean-American peace activist behind Women Cross DMZ, has suggested, there are other more deep-seated and ideological reasons for all the liberal disdain. Liberals, she said in response to Murphy, “parrot tropes that just further vilify North Korea and make dialogue impossible. What about US nukes on the Peninsula? We introduced them, we have a nuclear umbrella over [South Korea], use B-2 bombers in war drills.”

Indeed, many liberals refuse to acknowledge the terrible history of American involvement in Korea—particularly the three-year campaign of fire-bombing and napalm during the Korean War that (as Trump last summer threatened to do again) totally destroyed the country and killed more than one-and-a-half million civilians.

And, as I mentioned on Friday morning on Democracy Now! and in a subsequent interview on The Real News, liberals tend to see Korea only through Cold War blinders that twist North Korea into a permanent enemy that should be confronted with permanent war, and South Korea as a slavish ally without a mind of its own.

Worse, the media lies over and over about the history of U.S. engagement with North Korea—a trend that continued unabated over the last few days. American reporters rarely bother to talk to Koreans, North or South, thus missing (in this case) the crucial role played in paving the way for the Trump-Kim talks by South Korean President Moon Jae-in.

It was Moon’s diplomacy—together with his promises last year to place South Korea in “the driver’s seat” in the peace process—that convinced North Korea to participate in the Olympics and send its largest-ever delegation to the South since 1953. And it was a body of Moon’s representatives who went to Pyongyang last week and extracted the extraordinary promises and concessions—some of which have not been made public—from Kim that convinced Trump and his militaristic advisers that direct talks were a path worth pursuing.

The real story here is that too many liberals and too many journalists simply can’t accept the idea that the two Koreas may have accomplished this feat on their own, without the sober adult guidance of the American intelligensia. An independent Korea? A South Korean president driving American foreign policy? As the past several news cycles have shown in embarrassing detail, such things are simply unthinkable to the wised-up U.S. pundit caste.

[*] Update: On Tuesday morning, Trump announced that Tillerson was fired as secretary of state and that he would nominate Mike Pompeo as Tillerson’s replacement. 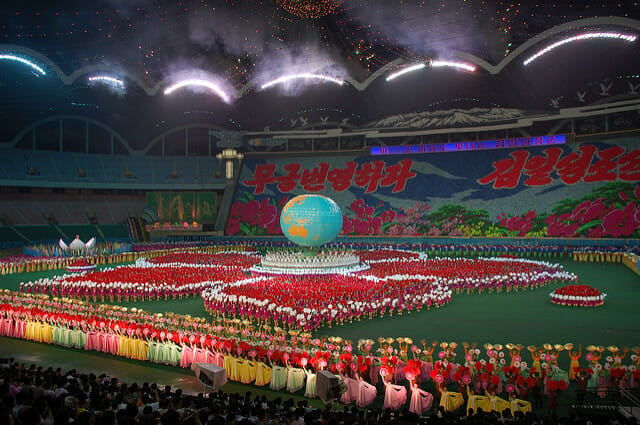 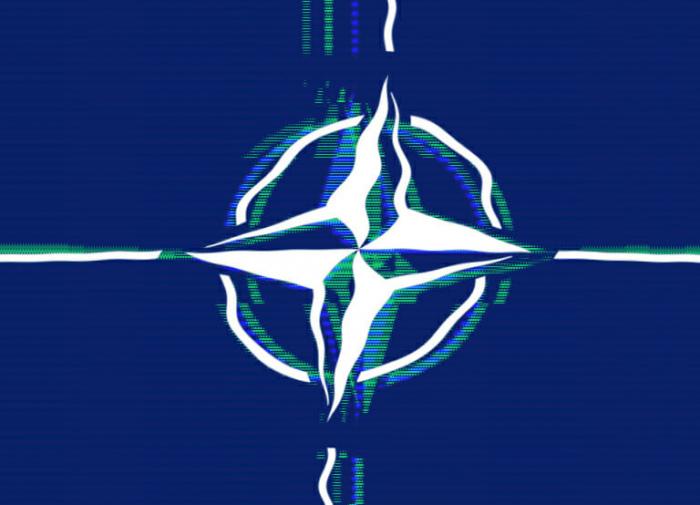 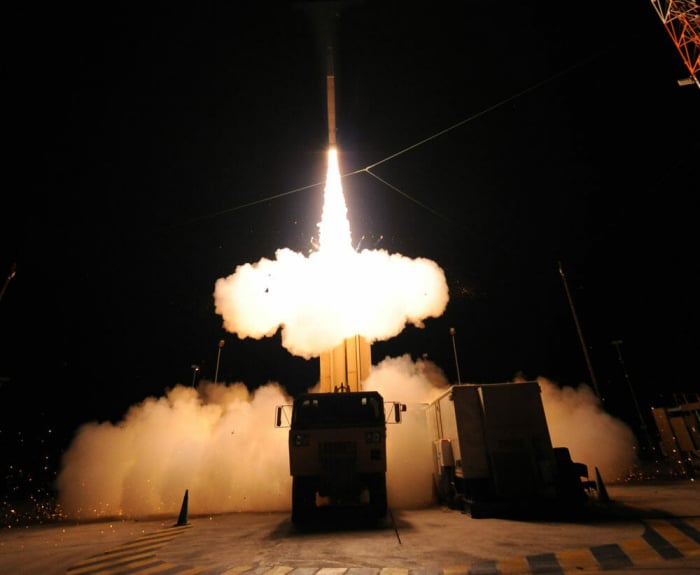