Those inclined to search even the darkest of clouds for a grim silver lining may find one in a startling statistic: in the first year of the pandemic, as Covid-19’s death toll moved steadily upward, the total number of school shootings dropped by more than half.

While 2018 and 2019 each had twenty-four known incidents of gun attacks on students that resulted in injury or death, 2020 saw just ten. What had happened was as obvious as it was bleak: as schools transitioned to remote learning and many parents and politicians raged about the damage this would do to children, those same children suddenly had fewer opportunities to kill each other. With classes more widely back in session in 2021, the number of school shootings rose to thirty-four. On this front at least, the question of when we can “get back to normal” has sadly been answered.

School shootings and the pandemic are entwined in other ways as well—not least of all because one element of our response to each has been so similar: once we decided unimaginable loss was a price worth paying for an imagined ideal of freedom, the number of deaths ceased to matter.

Some will take issue with the use of “we” here, not wanting to be counted among those with such callous disregard for life. Activists and survivors have been fighting for years for increased gun control and other policy solutions that might prevent school shootings, and most states have taken public health precautions seriously for the past twenty-some months. But the big picture of our collective resignation in the face of ongoing tragedy tells a different story. With both guns and Covid, many of our fellow citizens would trade a million lives for their need to do exactly what they want.

One might expect those willing to make this trade-off would find it acceptable only when the price of freedom is other people’s suffering. Yet there has emerged in some of the rhetoric surrounding Covid an eerie resonance with school shootings, the shared expression of a uniquely American death wish.

For nearly a quarter century—since the modern mass shooting era began with the Columbine High School attack in April 1999—religious interpretations of gun violence have had an enduring impact, which now can be seen reaching well beyond their origins.

Almost immediately following the murder of thirteen students at Columbine, two of the victims received more attention than the rest. Seventeen-year-olds Rachel Scott and Cassie Bernall had been active in their churches and known as committed Christians. In stories that began to circulate soon after their deaths, it was often claimed that they had been killed for their beliefs, and that they had used their final moments to proclaim their faith.

In the most searing of the tales told along these lines, it was said that when one of the Columbine gunmen asked Bernall if she believed in God, she said “yes” and was shot for her answer. This turned out not to be true, but the story proved too powerful to correct.

Beginning with Hanna Rosin’s 1999 reporting in the Washington Post, Dave Cullen’s definitive 2009 book Columbine and his follow up for The New Republic in 2015, and Alissa Wilkinson’s writing on the twentieth anniversary of the shooting for Vox, a well-documented history traces how Columbine introduced the idea of martyrdom to a generation of evangelical Christians.

In the wake of the attack, an industry sprang up to meet—and increase—the demand for stories about the girls who became known as Columbine’s martyrs. Through books, a movie, popular Christian music, school presentations, and a variety of merchandise, the horrifying deaths of two teenagers were transformed into something aspirational. The attack came to be portrayed not merely as a tragedy but as a prophesied cosmic occurrence in which good confronted evil. Many high schoolers were taught they, too, could be asked to die for their beliefs. And like Scott and Bernall, they should be prepared to say yes.

For young evangelical Christians at the turn of the century, Columbine was not a gun issue, it was a God issue. Urged on by church leaders and other cultural influencers, school shootings became the subject of pious adolescent fantasies. A generation raised on those stories was never taught to ask if the takeaway from school shootings might require a questioning of gun laws or gun culture. They were taught instead only what they should do when gunmen came for them. It wasn’t a tragedy; it was an opportunity. Why would you want to prevent something if it was presented to you as the ideal situation in which to speak up for your faith?

Fortunately, none of the over two hundred school shootings the nation has endured since 1999 have produced a copycat cult of teenage martyrology. But the narratives linger, and the tropes of Columbine live on in other forms.

In a widely circulated TikTok video posted near the end of the first year of the pandemic, a young woman appeared as two characters: the first is offered the vaccine and grudgingly accepts it; the second refuses and is punished. The caption for this forty-one-second drama reads: “#pov you’re required to take the mark of the beast (vaccine) or you die, but you know what God’s word says so you deny it.”

The depiction of vaccine acceptance happens in a flash—the woman says, “Not Ready To Die Yet,” nods assent to a shot, and isn’t seen again. The refusal scene lingers, meanwhile, with the lighting and cinematic flare of a makeup tutorial:

“Do you wish to take the vaccine?” she is asked.

“Do you understand that if you deny it you will be killed?”

The violence that follows plays out through quick shots of the woman with an increasingly bloodied face (and ever-perfect eyeshadow) crying out in prayer and distress. At the end of her apparently fatal ordeal, she arrives in heaven, where she receives a greeting that indicates she has won her eternal reward: “Well Done, Good and Faithful Servant.”

In other words, she said yes. Beat for beat, the TikTok martyrdom reverie of this young white woman echoes the passion plays of Rachel Scott and Cassie Bernall.

In corners of the evangelical world, the question of Christian identity has become indistinguishable from the question of refusing the vaccine. As in the religious response to Columbine before it, a matter of the public good has been transformed into a venue for spiritual warfare. In this telling, Covid is not a tragedy, it’s an opportunity. Its spread ceases to be a real problem in this world, but is rather a potential passport to the world to come; the fight against it is not about finding ways to defeat the virus, it’s an ongoing battle with those who are doing so.

“Is martyrdom an appropriate term for Americans who eschew Covid vaccinations, the largest percentage (24 percent) of whom are white evangelicals?” church history professor Bill Leonard asked earlier this year in Baptist News Global. “Will they be considered martyrs for their adherence to certain principles related to faith and citizenship?”

Jessica Calarco, a sociologist studying families at Indiana University recently noted that a white evangelical woman told her research team in an interview, “If I get sick and die, well, then I just get to go to heaven that much sooner. . . . It’s not something we are super afraid of, because I don’t live my life for this life. I live my life for God.”

Refusing the vaccine—and imagining you will face dire consequences for doing so—fast tracks this possibility. It has become a new pious fantasy, a Columbine for the current generation of evangelical influencers. It offers an opportunity, as Tyler Huckabee, senior editor of the Christian magazine Relevant, has said, “to cosplay as a martyr.” They don’t even need to wait for the gunmen to arrive; saying yes is now as simple as saying no to something that could save your life.

It is, of course, understandable to use stories of faith to make sense of catastrophe. The solace such stories provide can be genuine. In her 2004 book Martyrdom and Memory, which examined the role of persecution in the early development of Christian ideas, the scholar Elizabeth Castelli compared ancient tales with those told about Columbine, poignantly describing a process in which “through narrative retelling, the monstrous took on meaning.”

But to teach children to hope that they should die—either in a school shooting or through refusal of a vaccine—to prove their faith is itself an act entwined with violence. Even when it is only a social media pantomime, choosing death in this way is a rejection of their own reflexive rhetoric to “choose life.” It’s also, perhaps, a missed opportunity that is a tragedy all its own.

The thing peddlers of spiritual warfare will never tell you is that it’s easier to fight demons in a universe of your own making than to work together to fix the world we all share. Imagine if all the energy, resources, and marketing that have been used to inject ideas of martyrdom into issues of public health and safety had instead gone toward making real change. We might now look back in admiration on a movement of evangelical youths fighting for gun control in the wake of Columbine. We might be grateful today that so many Christians were embracing vaccination not merely as a matter of health, but of faith. 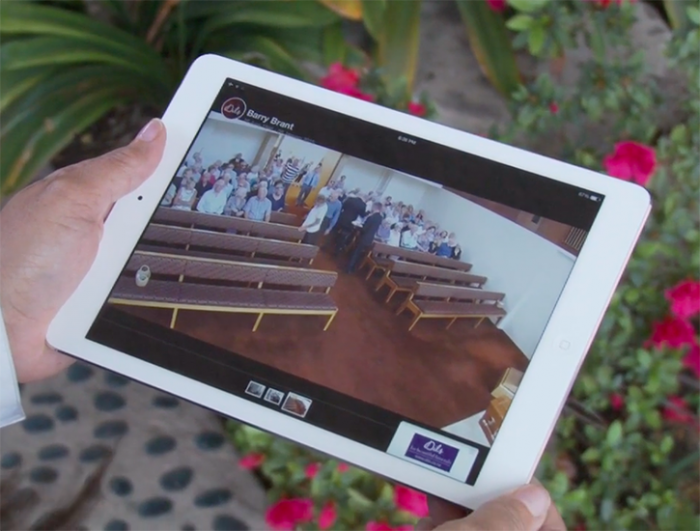 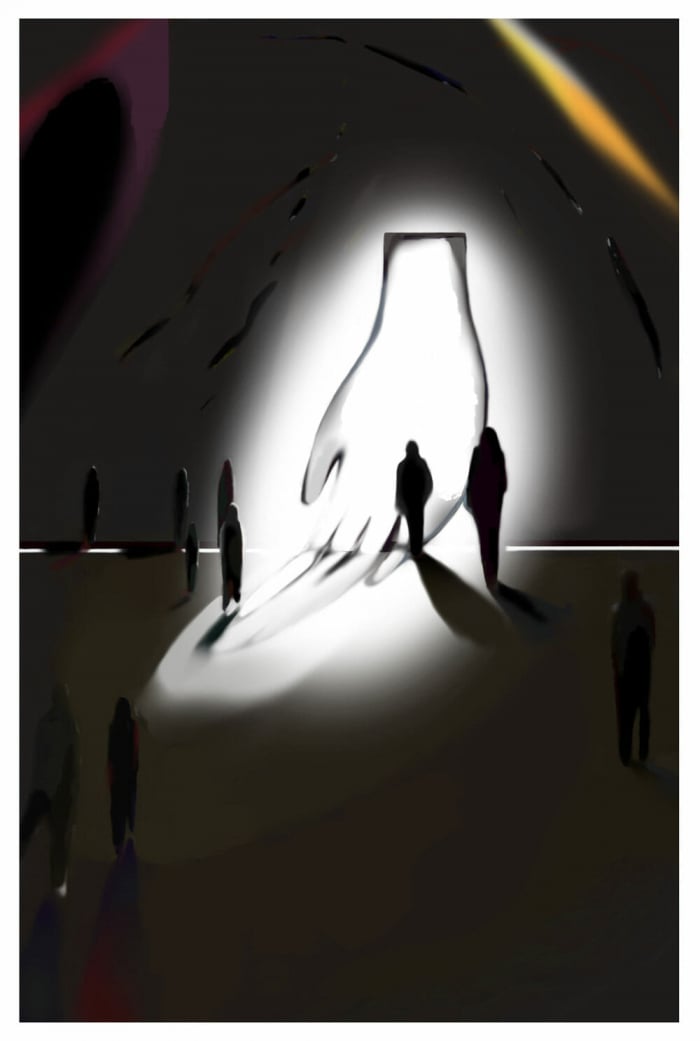 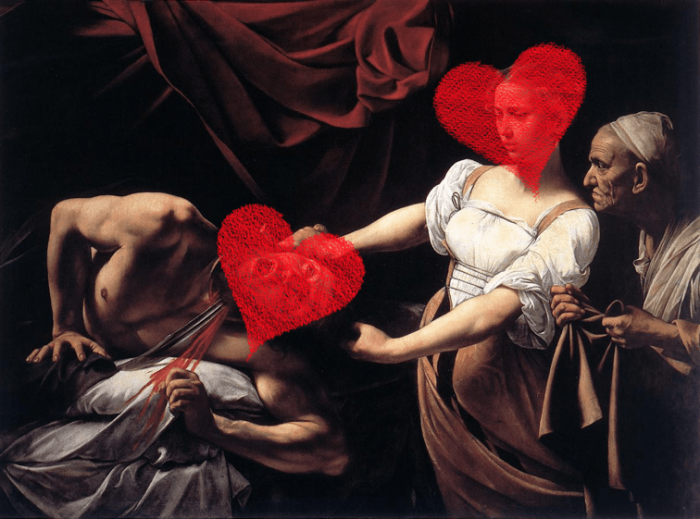