On March 2, 1990, a French writer named Gabriel Matzneff was a guest on Apostrophes, which was then one of France’s premier television programs. During the program, the laughing interviewer asked Matzneff what it was like to be a serial “collector of chicks.” Behind the jovial camaraderie of the moment (saved and available for posterity courtesy the internet) was a real question regarding Matzneff’s avowed sexual interest in young girls—and boys. Bald and beady-eyed, Matzneff responded by saying that he liked to be with school-age girls because they have not yet been “hardened” by disillusionment over men. The interviewer seemed  to be amused, and another guest on the show, her part in it being to argue for the sanctity of marriage in the Catholic Church, laughed in coy approval. It was only the Canadian guest on the show, an author named Denise Bombardier, who found Matzneff’s taste for sex with children abhorrent. She told him so on the show.

I first read about this television moment in the memoir written by Vanessa Springora, one of Matzneff’s child victims. Springora, who had sexual relations with Matzneff when she was fourteen, notes that Matzneff was “taken aback” by Bombardier’s comment and responded by saying “there is not a fourteen-year-old girl among them. A few are two or three years older, which is absolutely an appropriate age to discover love.”

This week brings renewed attention to another recent memoir written by a French woman, another victim of abuse. Valérie Bacot, whose trial got underway this week in the French city of Chalon-sur-Saône, is accused of killing her husband. In her book Tout le monde savait (“Everyone Knew”), which was a bestseller in France, Bacot details how she killed her abusive husband and then buried him in the woods with the help of two of her sons. This husband, Daniel Polette, was once her stepfather and began sleeping with her when she was twelve years old. Polette was prosecuted for sexual abuse but received only a short sentence; when he was released, he returned to the same household and resumed the abusive relationship with Bacot. In the years to come, the two were married, and Polette fathered four children with Bacot. He coerced her into prostitution, which led to a rape. Not long before she killed him, Bacot learned that Polette had made sexually suggestive comments to her daughter, then fourteen. Pushed to the brink, she put a bullet in sixty-one-year-old Polette’s head.

Gabriel Matzneff, the pedophile author, may have suffered some moments of humiliation on the television show in 1990, but until a year ago, when French prosecutors finally charged the eighty-four-year-old with promoting the sexual abuse of children, he was largely celebrated. He won the Amic award from the French Academy in 2009, the Prix Renaudot in 2013, and the Cazes-Brasserie Lipp Prize in 2015. The elite French publisher Gallimard, which began publishing him in the 1980s, continued to do so until 2019. His trial is scheduled for this coming September.

The two trials represent France’s split identity. Victims of sexual abuse like Bacot who act in self-defense can be charged and tried despite ample and obvious evidence of their suffering, while perpetrators of sexual abuse who boast about their acts, as Matzneff did, are seldom seen as criminals. In the United States, the “battered woman syndrome” has evolved as a legitimate defense; France has lagged behind. This defense permits a jury to look at evidence of abuse to consider whether a battered woman can be seen to have acted in self-defense if there was proof that she reasonably believed that the killing was necessary. If the defendant is found to have acted while unreasonably believing that the killing was necessary, she could still be found guilty of manslaughter. The battered woman syndrome defense thus permits the jury to consider the particular mindset of a severely physically and sexually abused woman while also considering her culpability.

In the United States, the “battered woman syndrome” has evolved as a legitimate defense; France has lagged behind.

If France is to move toward égalité, that means taking equal justice for women seriously. There could hardly be a more appropriate moment to institutionalize the battered woman syndrome as a defense than the Bacot trial. The Bacot case and the Matzneff case represent French women’s lives over the same series of decades, ones in which their culture insisted on centering men—even those who openly avowed to sexually abusing children—as cultural darlings. While the Matzneff case is one example, it points to a larger culture confused as to where its allowances for art and seduction end and where abuse begins. If raping young girls and boys is really seen as criminal, it cannot simultaneously be forgiven as some mysterious act of seduction and inspiration. Moral lines have to be drawn, and France, enamored as it appears to be with its reputation as a place where seduction reigns supreme, does not wish to draw them.

The consequence is a confused elite culture that is nurturing smoldering rot beneath its elegant curtains, imagining no one will notice the stink. As women like Bacot testify to a terrifying regime of pedophilic abuse, it’s apparent that this abuse persisted because, as Bacot’s title asserts, everyone knew . . . and no one cared. As Bacot’s lawyers write in the preface to her book, “This is a woman who has been destroyed and devastated, not just by the lack of maternal love, the rapes, the blows, the denigration, the prostitution but also and above all by the indifference and the omerta of society.”

The French state of late has a penchant for trying to control women in general—it is also preoccupied with making sure none of the girls from its sizeable Muslim minority dare wear a headscarf to school. Now that it is summer, a good bit of law enforcement must be taken up with ensuring that the burkinis worn by Middle Eastern women remain off French beaches. Women have been forced to strip them off in summers past; there is, after all, a certain image of France that must be maintained. That image, of the quintessential black clad, stiletto-strutting seduceable, abusable doll, is apparently becoming ever harder to maintain, not least as sexually and physically abused women demand justice and accountability.

It is difficult to say whether they will get it. In 2016, Jacqueline Sauvage, a woman who killed her violent husband, was pardoned by then President Hollande. We can’t be sure, given the context, whether this was done to hush up a woman who in protecting herself had perhaps done something embarrassing by calling attention to dark truths of a France trying hard to stay mysterious and therefore, in its own estimation, sexy.

Pedophilia, even the French kind, is cruel and criminal. Twelve or fourteen or sixteen is not, to paraphrase Matzneff’s words, a suitable time to discover sexual love with an adult. There is no love at all in sexual exploitation, only power and the confidence the abuser has in silence—and the expectation that even though “everyone knows,” they will cover for him. There was a time when the French were great aesthetes, adulators of the beautiful and the original, the ultimately tasteful. But even aesthetes require moral courage and that seems elusive in France today. Valérie Bacot’s story is already tragic; one hopes that the French reluctance to look honestly at the realities of sexual abuse does not now deliver a miscarriage of justice. 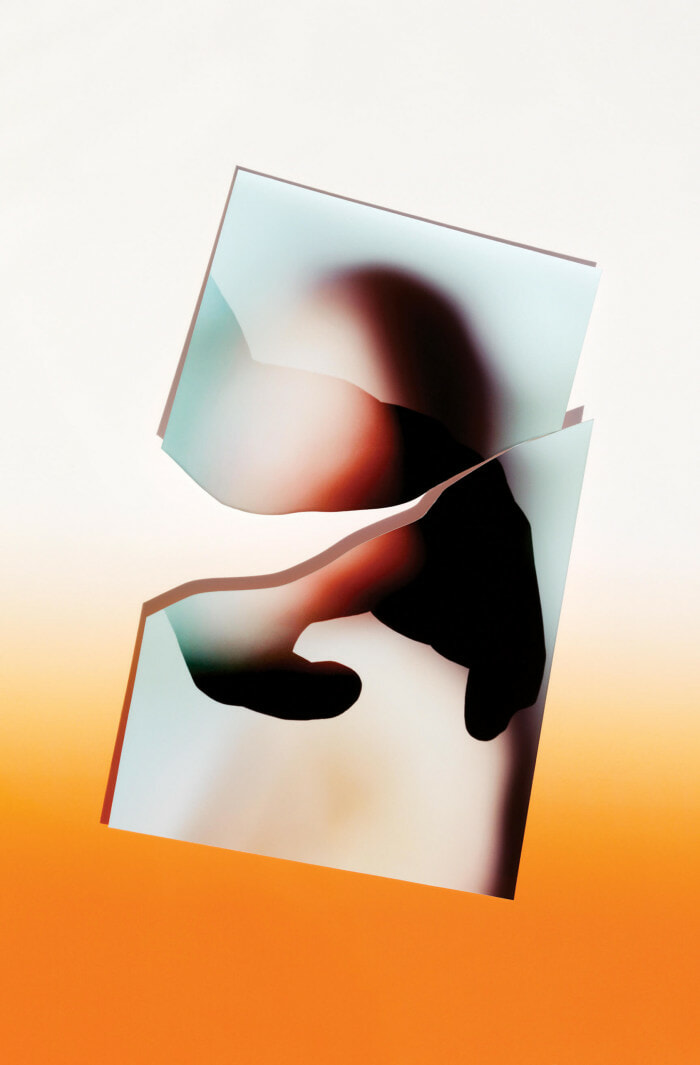 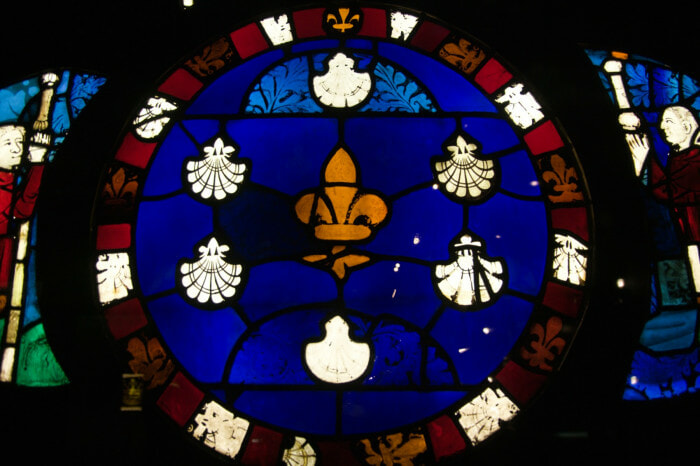 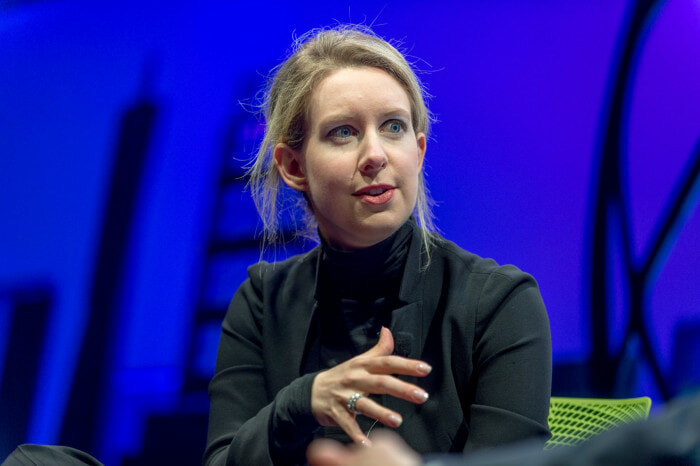