Although I paid close attention to the Kentucky governor’s race, I often joked with my friends in the lead-up to last week’s election that I had no idea what Democratic candidate Andy Beshear’s politics were. There wasn’t a single moment during his campaign against incumbent governor Matt Bevin where I said, there it is, an actual stance. (Despite the conventional wisdom spouted by well-intentioned commentators that Beshear ran on a just transition for coal workers, coal played less of a role here than in any Kentucky election in recent memory.) Beshear was completely featureless, a Not-Bevin, and heir to a Kentucky Democratic political dynasty to boot. Traditionally, those kinds of candidates haven’t fared so well here. Former Senate candidate Allison Lundergan Grimes was of the exact same mold—the uninteresting fail-child of a Kentucky Democratic scion—and she lost to Mitch McConnell in 2014 by fifteen points. So there was little to indicate that things would be any different this time.

But apparently Kentuckians really hate an asshole, and that’s what Bevin is: an asshole. He antagonized everyone because he thought that was the Trump way. In one all too on-the-nose example, he photobombed the Kentucky Democrats’ booth at the Kentucky State Fair this August while wearing a tacky blazer that had Trump’s face plastered all over it. This provocation followed more than a year of slandering teachers and other public sector employees, apologizing for it, then doing it again, without apologizing. He was a total mess, and the abuse he’d been spewing was just the tip of a reactionary iceberg that included a right-to-work law, draconian abortion restrictions, an unpopular pension reform bill, and restructuring the state’s education board.

The Democrats hit him hard on the bullying, of course, because when they go low, we cry foul. Watching Beshear debate Bevin was brutal. Bevin would hurl insult after insult at Beshear while he just stood there taking it, only occasionally biting back in that measured way Democrats have perfected over the years (“What speaks volumes is a governor that would go after somebody’s kids,” Beshear responded in late October, when Bevin pointed out his children had never attended a Kentucky public school). For this reason—and because Trump is still popular in Kentucky, and Bevin is nothing if not a Trump wannabe—I thought Bevin would win. But Beshear ultimately squeaked by, in part because the Libertarian Party candidate John Hicks potentially split the Republican vote just enough to spoil the election for Bevin. The party gloated about the results on Facebook: “We are always happy to split the vote in a way that causes delicious tears.”

If you believe it was seven hundred thousand poor people who voted for Matt Bevin, then I have an extremely dilapidated bridge in eastern Kentucky to sell you.

The overall voter turnout for this election was substantially higher than the last gubernatorial election, when Bevin won in 2015. In fact, Bevin received more overall votes this time than he did in 2015, which can probably be attributed in part to Trump’s success in 2016, and his continued support of Bevin over the years. His side knew what was at stake. But so did the Democrats, and they turned out even more people than Bevin did: garnering almost three hundred thousand more votes than former Kentucky attorney general Jack Conway managed in 2015, even though Conway was substantively no different from Beshear. Perhaps the state needed to see how badly Bevin would govern before they could decide to hate him.

But these facts still don’t entirely explain Bevin’s loss. One early harbinger of his doom came when he was booed at the 2019 Kentucky Derby, that popular congregation of bourgeois excess. If the Derby class has turned against you, then you really don’t stand a chance. But we know, by the sheer number of people who voted for him, that they didn’t turn against him—not entirely. (If you believe it was seven hundred thousand poor people who voted for Matt Bevin, then I have an extremely dilapidated bridge in eastern Kentucky to sell you.) Public spectacle is not the same thing as political reality.

Emulating Trump was a problem for Bevin in more ways than simply making him unpleasant. While Trump can incite xenophobia and fear and violence on the national level in order to funnel wealth upwards and unite his base against a common enemy, a governor can’t really demonize his constituency to the same extent; after all, he’s supposed to be marketing his state to tourists and capitalists. One of his primary jobs is to facilitate business; it’s why the first gubernatorial forum between Bevin and Beshear was held at the Paducah Chamber of Commerce.

If the Trump strategy is going to work for a governor, then, he must set his sights on select internal enemies of his state. Bevin unwisely chose public sector workers as his target, and he paid the ultimate price for it: these people are mostly middle class, they have nuclear families and mortgages, and they vote. He insulted them, then implemented harsher austerity measures on them in a ham-fisted attempt to fix the pension crisis, and then insulted them some more for whining about it. It’s no coincidence that he didn’t perform well in the suburbs. Bevin forgot the first rule of neoliberal governing: never insult the people you’re putting the screws to. This is America. You have to convince them that the austerity is in their best interest. We like to believe we’re free and democratic in this country, that we’ve chosen our own fate, and Bevin was shattering that illusion.

He was also fucking up the bag. A governor of an economically distressed state like Kentucky has one overriding task, which is to make the state attractive to investment. This includes things like handing out tax breaks to banks, and making workers maximally exploitable through union-busting laws. Bevin did both, but he alienated too many people in the process. Most voters remember that life was more or less the same under Bevin’s predecessor Steve Beshear, minus the circus politics, and so they voted for his cardboard cutout son.

But you won’t hear much of this in the national media. Instead, pundits from exotic, far-off places like Washington, D.C., and New York City who have suddenly morphed into experts on Kentucky politics will tell you that this election was a referendum on impeachment. An episode of the New York Times podcast The Daily, for example, worked from the thesis that impeachment was what “allowed Bevin to make what was not a very competitive race a much more competitive race going into Election Day.” To the Times, state politics are no longer local; they’ve become “nationalized,” dependent on what’s happening on the national political stage.

There are several things wrong with this analysis. The first is its presumption that what happens at the state level doesn’t actually matter, or at least doesn’t matter enough to push people into voting booths. But to offer just one counter example, it’s been speculated that the reason Bevin’s margin of victory wasn’t larger in the conservative Northern Kentucky counties of Boone, Kenton, and Campbell is that he was proposing to put a toll tax on the Brent Spence Bridge that connects those areas to Cincinnati, Ohio. This kind of analysis can’t figure into the Times impeachment-centric analysis, in part because they seem to believe nobody who’s not from Northern Kentucky wants to hear about the mundane machinations of their political concerns.

To the Times, state politics are no longer local; they’ve become “nationalized,” dependent on what’s happening on the national political stage.

In addition to diminishing local politics, the Times thesis also overstates the significance of impeachment to the final election result. The race was no more or less competitive after Congress voted to initiate impeachment proceedings. After all, Bevin was trolling those Kentucky Democrats in his Trump blazer was well before the process began. I suspect that all this talk of impeachment is in part a function of political journalists trying to set their own plates: if they can keep impeachment relevant and in the headlines, they can continue to jam it into every politics story for the next twelve months.

The final bit of analysis from the mainstream media—or at least its Resistance wing—is that this election was also a referendum on Mitch McConnell in 2020. Maybe the Senate Majority Leader will lose. It is possible. It will be the first time since 2008 that he’ll be on the same ballot as a presidential candidate; a lot of people vote in those elections, and a lot has happened since 2008. But Kentucky is more or less the same electorate it’s always been, which is to say that it has a pension system that is notoriously fucked, a lot of public sector employees who vote, and a wealthy class of coal executives, real estate moguls, horse traders, and bourbon distillers with whom the middle class’s interests sometimes clash. The result of these competing interests is often unpredictable, especially while Kentucky’s working class remains largely powerless and marginalized from electoral politics: the Kentucky Democrats have long since tried to court the working class’s vote, and our state has some of the most restrictive voting laws in the country. (Kentucky is one of two states in which former felons face lifetime bans on political participation, regardless of the crime committed.)

So when you’re out there reading all the wishful takes about this election, remember that there are few substantial political lessons to take from it, at least when it comes to forecasting 2020. The moral here is more of a Biblical one: do unto others, yada yada yada. Bevin forgot that, and he paid the price.

Tarence Ray is a writer living in Whitesburg, Kentucky, and is cohost of the podcast Trillbilly Worker’s Party. 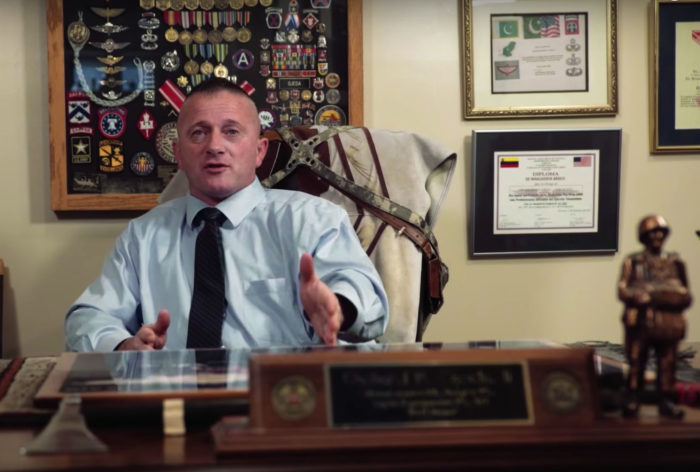 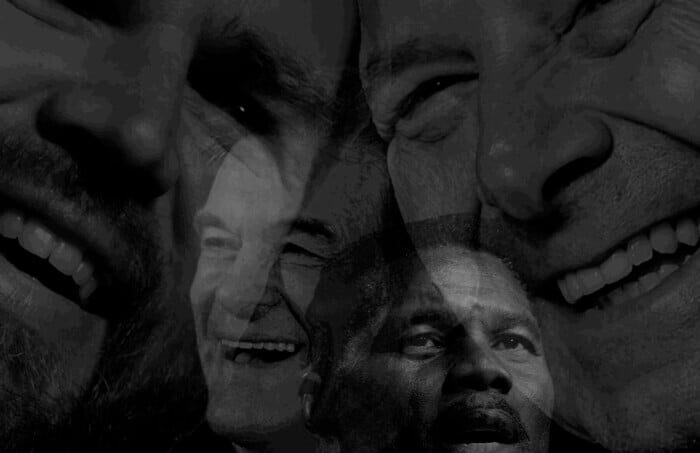