These days, gratitude is everywhere in mental health and wellness circles. As of this writing, there are seventy-nine articles and some five thousand blog posts about the topic in the archives of Psychology Today alone: “The Benefits of Cultivating an Attitude of Gratitude,” “The Neurobiology of Expressing Gratitude,” “13 Ways Gratitude Will Significantly Improve Your Life.” A quick search of available apps yields countless gratitude programs that allow users to jot down what they are grateful for each day. “With the Gratitude Journal, you can be grateful everyday by recording things that make you happy,” reads the description for one. “You can also share affirmation quotes that create positive emotions, like joy, love, and contentment, which research shows can undo the grip of negative emotions, like anxiety.”

Indeed. Gratitude, we are told, can make us happier and healthier. Martin Seligman, one of the foundational thinkers in the field of positive psychology, was part of a research team that in 2005 published an article in American Psychologist on the results of a study that looked at the effects of “purported happiness interventions” on mood. The researchers found that the group of participants who wrote and delivered a letter of gratitude to someone in their lives experienced an increase in happiness and a decrease in depressive mood lasting up to one month. They were compared with the control group, who were assigned to write about childhood memories; their improved mood lasted for only a week.

Another famous purveyor of gratitude is the therapist, researcher, and “thought leader” Brené Brown, whose TED Talks on shame and vulnerability have been viewed more than fifty million times. In an interview with Goop, Brown discussed conducting research on the connection between joy and gratitude, interviewing thousands of people in the process of her research. “Without exception, every person I interviewed who described living a joyful life or described themselves as joyful actively practiced gratitude and attributed their joyfulness to that practice,” she said.

How alienating must it feel to hear that, even in jail, you should be cultivating gratitude?

Seligman and Brown, and the many other researchers who have taken up this line of inquiry, may be correct. However, just last month, David R. Cregg and Jennifer S. Cheavens published a groundbreaking article in the Journal of Happiness Studies summarizing the findings of their own study on gratitude interventions. They performed a meta-analysis of twenty-seven existing studies on the practice and found that gratitude interventions—despite their current popularity among mental health practitioners—provide only “relatively modest” benefits.

Even so, nobody likes an ingrate. Despite my knee-jerk skepticism, I have tried for years to practice gratitude daily, at least informally: I pause to appreciate the taste of my morning coffee, or delight when I am lucky enough to see one of my favorite birds (northern cardinals and pileated woodpeckers chief among them). I also give thanks not infrequently for the fact that, due to the inextricable phenomena of intergenerational wealth and whiteness, I have been spared most of the great cruelties of American political economy: student debt, medical bankruptcy, homelessness, and incarceration.

The same cannot be said of most Americans. As part of my graduate program, I work two days a week as an intern therapist at a jail, where I lead a mindfulness and meditation group for the inmates. One of the components of this group is a statement of gratitude, where we all go around in a circle and tell everyone what we are feeling grateful for that day. Most people say the same things: God, family, my daughter, another day closer to getting out of here. But some skip this part of the group, heads cast down at their orange jumpsuits, muttering “pass.” When this happens, I can’t help but feel complicit. How alienating must it feel to hear that, even in jail, you should be cultivating gratitude? And if I’m being honest, the things for which I am most grateful are things they have been deliberately deprived of: fresh air, a connection with other animals, the dumb luck to be allowed a life of relative dignity in America. 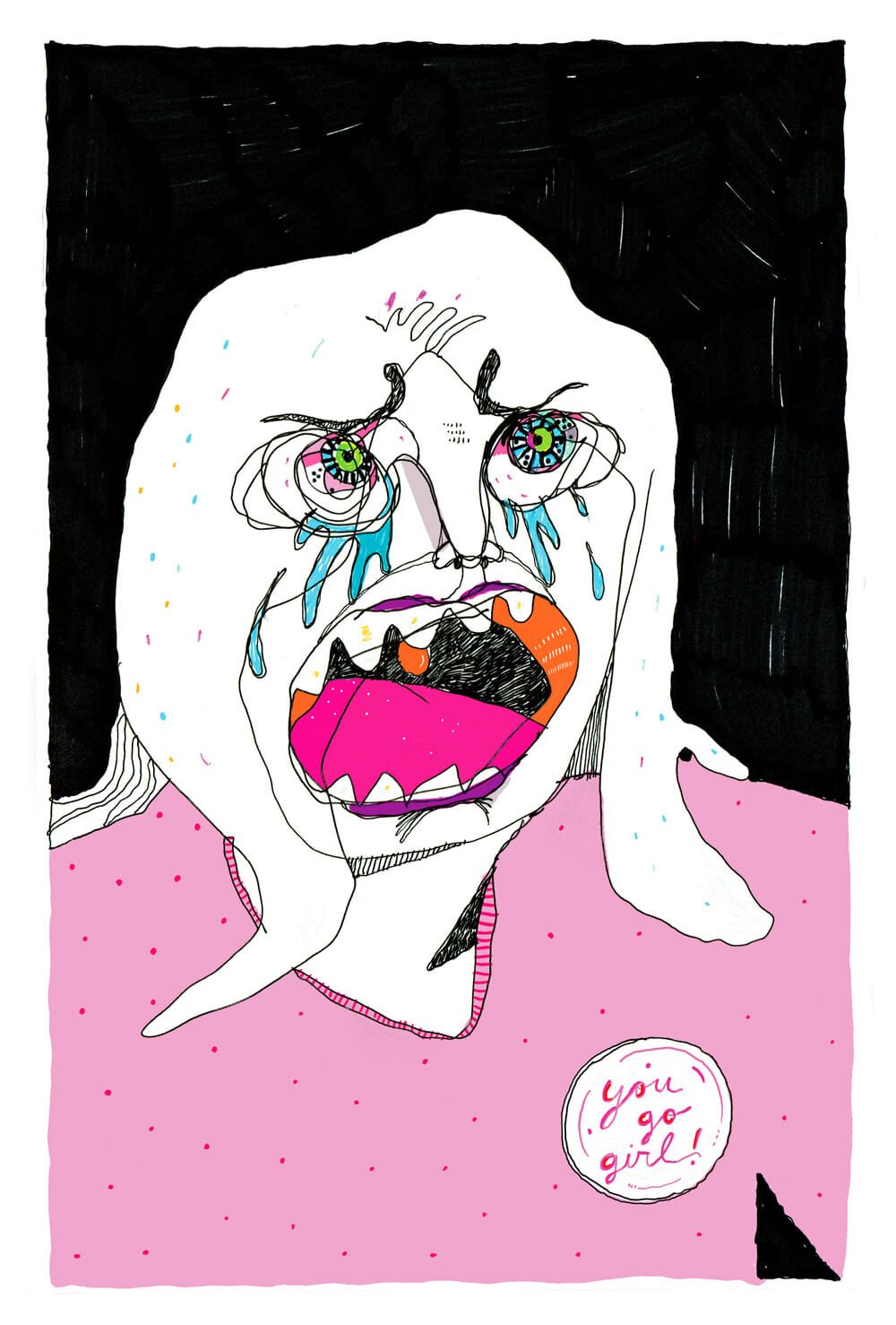 The Promise of Misery
By
Becca Rothfeld

But compared to the lives of people in most OECD countries, even my life isn’t so great. You know the story already, but the United States grants its citizens almost no social rights and doesn’t much regulate the power of companies to exploit their employees or consumers, or pollute the land. In countries like Japan, France, Canada, and Sweden, citizens are entitled to health care and to good transit. All workers in France are entitled to five weeks’ paid vacation. Australians get four. Even Canadians get at least two. American poverty, incarceration, and maternal mortality statistics tower over those of our alleged peer nations. Even though I try to practice gratitude and reflect on my relative privilege, it fills me with rage every time I realize what I, like most other Americans, don’t have.

It’s also the case that our contemporary focus on gratitude conflicts with some of the foundational concepts in the field of psychology. Take Seligman’s work, which is informed by Abraham Maslow, the psychologist whose eponymous hierarchy of needs is taught in every Psych 101 class. Maslow concluded that humans have a need for self-actualization, but that this need is preceded by more immediate physical needs for food, shelter, and sleep. One problem, then, with the focus on gratitude psychology in the contemporary United States is that the majority of people in this country do not have their basic physical needs met.

Seligman suggests that instead of complaining, Americans ought to adopt what he calls an East Asian approach of dealing quietly with difficult situations. As someone who has lived in Japan, I, too, admire this ethic. But Japanese culture is also very concerned with the collective, while the United States offers would-be stoics social Darwinism and obnoxious individualism. More importantly, Japan has universal public health care, which I have used. When I got a cavity while I was living abroad, I paid $18 to have it filled immediately. Another time, I hit my head and had to go to the hospital, where I received a CT scan for $50. Even as someone who has not yet been hit with an insurmountable American medical bill, I found it incredibly liberating knowing that I could always get the first tier of my needs met. I felt a sense of dignity and freedom. That all made gratitude a lot easier.

Another problem with manufactured gratitude is that it is the antithesis of successful organizing. According to veteran labor organizer Jane McAlevey, organizing is rooted in asking people what they would change about their workplace if they had the power. It asks people to imagine how things might be different, rather than just resign themselves to how things are right now. The ability to ask “what if?” is, in my opinion, one of the greatest qualities humans possess, the source of our past achievements and future potential. But gratitude says no to all that, telling people to just be grateful that they have a job, or a home, in the first place. And indeed, my social media feeds abound with people expressing gratitude for their terrible jobs and unaffordable houses. This deference fits in nicely with the pervasive American view that bosses are benevolent for “creating” jobs, or that landlords perform a useful societal service by allowing people to be housed. In the extreme, this has resulted in absurd practices like “Bosses’ Day,” or the alleged practice of tenants tipping landlords at the holidays.

My social media feeds abound with people expressing gratitude for their terrible jobs and unaffordable houses.

Unquestioning gratitude reduces us to simpering peasants, thankful for what little we have, always knowing it could be worse. But things do get worse for Americans: wages stagnate, housing costs soar, and the country still lacks basic social services enjoyed by other developed countries. All this is set against the backdrop of increasing capital accumulation and the exponentially escalating climate crisis. Also, there are still thousands of children detained in concentration camps at the border with Mexico. An “attitude of gratitude” tells people to ignore all this, shut up, and just be glad that things aren’t as dire as they could be—yet.

Contrast this with the theory of Liberation Psychology put forth by Spanish social psychologist Ignacio Martín-Baró, who worked with peasants in El Salvador during the civil war of the 1980s. Martín-Baró argued that the goal of the therapist was not to pathologize the patient for reacting adversely to adverse circumstances, but to help the patient develop critical consciousness. In his essay “Toward a Liberation Psychology,” he writes that the “three urgent tasks” of a psychologist working in Latin America are “the recovery of historical memory,” “de-ideologizing everyday experience,” and “utilizing the people’s virtues.” Essentially, Martín-Baró believed that one of the primary roles of a psychologist practicing in an extremely unequal society was to help clients interrogate and articulate the historical and political causes of their problems: in Central America, these were Spanish colonial oppression, a wildly exploitative plantation system, and U.S.-backed death squads that fought against pro-democracy movements and committed genocide against indigenous communities. It’s worth mentioning that Martín-Baró was himself murdered by a death squad in 1989.

The logical outcome of liberation psychology is not gratitude, but anger. But Martín-Baro did not believe the role of the therapist is to get people angry and call it a day. He believed that the articulation of political problems—and, more importantly, solutions—could and should be the domain of the therapist. The therapist should not be a handmaiden in helping people acclimate to misery, but should help them figure out how to fight back, because only through fighting back can real change be achieved. And that would give us a society with a lot more to be grateful for.

Colette Shade is an essayist and a masters student at the University of Maryland School of Social Work. She lives in Baltimore. 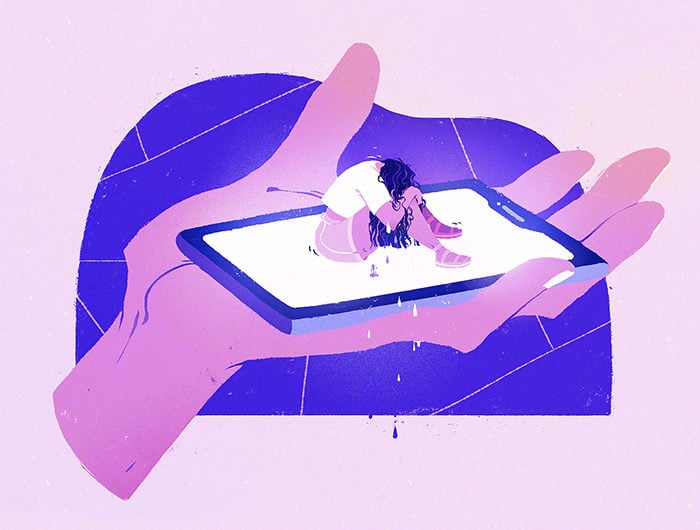 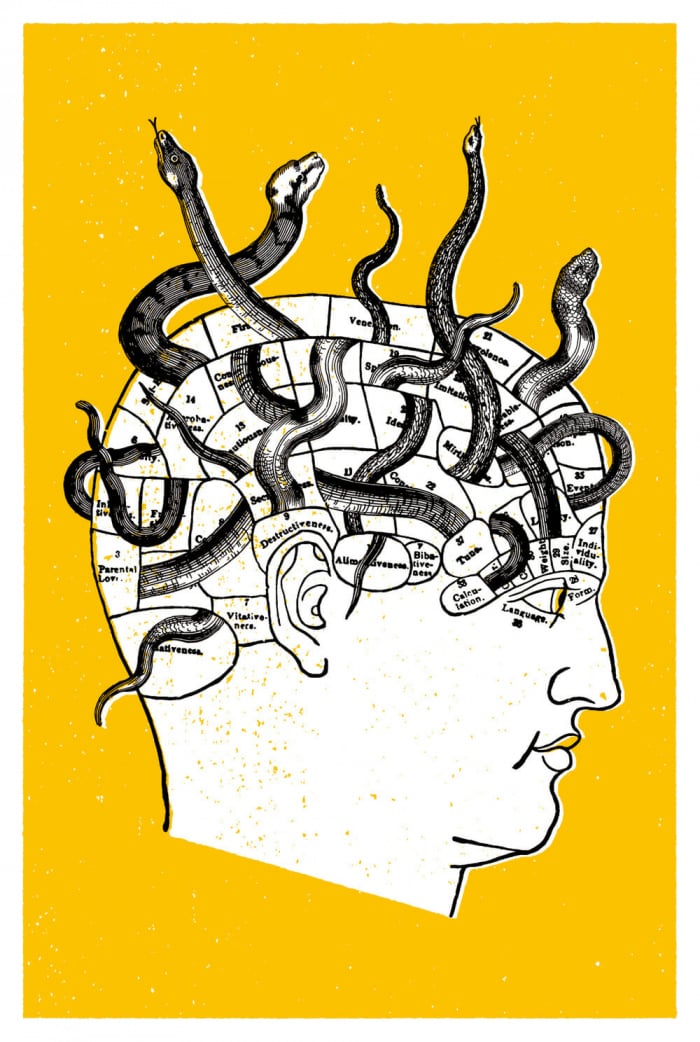