In March 2016 I arrived in Greece. It was a pivotal moment in the refugee crisis, as borders that had been wide open only a week before were suddenly being locked down.

At the Piraeus Port outside of Athens, five thousand people from Syria and Afghanistan were stranded, living in tents or in the open air. Wandering around, I met Yousif, then eighteen, who was traveling with his older sister, Salam. They were from Aleppo; the family had settled there a generation before, after being forced out of Palestine. Now they were on the move again. The duo decided to flee Syria after their mother was hit by a stray bullet while preparing tea in the family’s kitchen—she survived, but the bullet was the turning point.

I wrote about Yousif and Salam in a column called “Our Friends Who Live Across the Sea.” We stayed in touch as they pushed north. They spent weeks living outside in the woods, trekking from Macedonia to Serbia, living on nothing but mortadella. When I managed to get them some money through friends in the region, they were shaken down by Hungarian border patrol only days later and left with nothing but the clothes on their backs—not that they had much to begin with.

After over eight hard months on the road, Yousif and Salam made it to Austria, where two brothers (one twenty-four, one twelve) had already settled. Having made the journey earlier, the brothers had a much easier time and were given passports relatively quickly. Yousif and Salam remain in citizenship limbo.

I write this at a particularly happy moment: last week their parents and younger siblings arrived from Aleppo. Because one brother is a minor, the family was granted reunification status. Yousif live-streamed their arrival at the Vienna airport, which was as joyous as one can imagine.

A few weeks ago Yousif told me he wants to be a filmmaker, I asked what kind of stuff he is inspired by. He sent me a flood of YouTube clips, mostly humorous social commentary and music videos about the refugee experience—videos made by and for people who have no choice but to migrate. These are videos that show a perspective sorely missing in coverage of the refugee crisis, which tends to oscillate between fear-mongering and pitying. Though the latter gaze is certainly preferable and well intentioned, it can also be dehumanizing, turning people into objects of compassion as opposed to subjects who challenge us. After all, refugees are people—people deserving solidarity, but also people who have experienced the unfathomable, who have something to teach us about the state of the world and, more uncomfortably, about ourselves.

A good number of the videos Yousif shared were from Mahmoud Bitar, a bonafide YouTube star within the Syrian diaspora who has a talent for revealing western hypocrisy and bigotry, yet somehow doing so with a hearty dose of compassion and comedy. It’s no wonder he has a massive following.

I asked Yousif to make a list of some of his favorite videos. Here’s what he chose and what he says about them.

The first video talks about a poor guy who hasn’t eaten in three days. He goes and asks people for food, and watches people’s reactions, whether they give him food or not. I also want to clarify that many do not have food who aren’t just refugees. There are people from all over the world here who don’t have money, who don’t own a house, who don’t own anything.

The second video tells of a Syrian guy called Mahmoud Bitar. People think that we in Syria don’t have phones, that we don’t have fridges or washing machines. They think we’re ignorant. So I, amongst many others, loved this video because it tells of our struggle. It talks about how we struggle here as refugees. The video also shows that we are here not as refugees to get money or food, we’re refugees because of war. We’re running away from war, from bombardment, from destruction. This video shows exactly that. It also shows that people think that we came here to ask for handouts from money or food or drink. But that’s not the case. We’re people just like them.

The fourth video, the guy standing in the street has a cover on his face and a sign that says: “I’m a Muslim and I’m labeled a terrorist.” This is the reality, this is what people here call us. When they find out we’re Muslim, they think we’re terrorists. I loved this experiment because I want to show people that we’re Muslim, not terrorists. That what’s happening has nothing to do with Islam or our religion. We need to clarify that for people, and do experiments here, in the streets, in the parks, and see people’s reaction.

Astra Taylor is a writer, documentary filmmaker, and activist. Her films include Zizek! and Examined Life. Her latest book is The People's Platform: Taking Back Power and Culture in the Digital Age. She is a contributing editor of The Baffler. 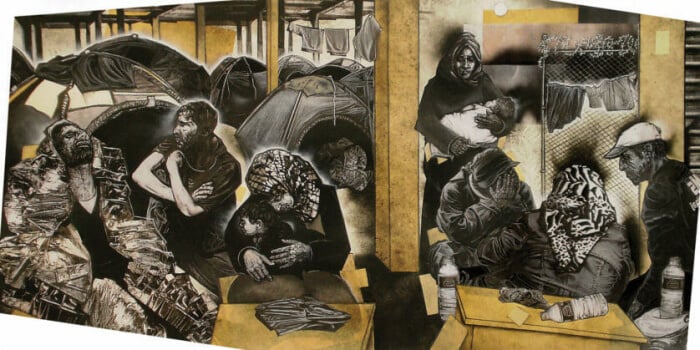 Our Friends who Live Across the Sea
Astra Taylor
Salvos 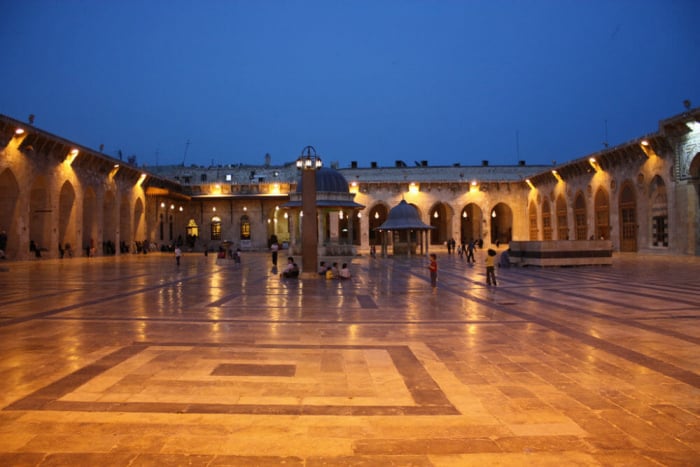 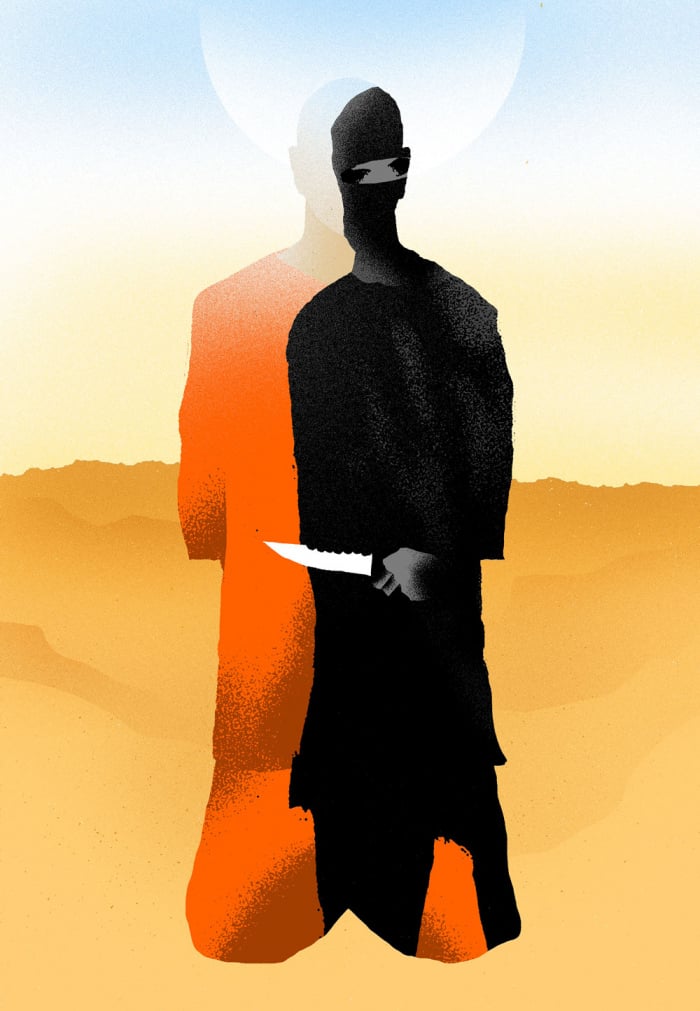