Literary scholars Now recognize that genres are neither cast in stone nor irrelevant to how we might see literature. And many works of fiction, “popular” or “literary,” occupy the large middle-ground—they contribute to the evolution of a genre while reinforcing it; they are, interestingly, both examples of and exceptions to the rules regarding the genre they might belong to. Take Ursula K. Le Guin’s Lavinia, a novel about the wife of the Trojan hero of Virgil’s Aeneid. Lavinia is generic in form—it’s a historical fantasy that takes a formerly minor character and brings her center stage. But it is also literary; its singular style led to Le Guin being hailed as a writer, finally, of mainstream and not just genre fiction.

In his book Minor Characters Have Their Day, scholar Jeremy Rosen offers this more or less uncontroversial theory of genre. He recognizes that an ambivalence about genre is at the heart of fiction writing. “[G]enres are historically shifting practices that are both reiterable and variable,” argues Rosen; they are “flexible technologies.” So rather than address the timeworn question of how to categorize fiction by genre, Rosen turns to a strain of contemporary fiction that he believes exemplifies the bendability of genre—novels concerned with what he calls “minor-character elaboration.” This is the practice of picking out supporting characters from well-known, often canonical works and extrapolating on their lives and stories in new narratives. His examples range from Margaret Atwood’s The Penelopiad—which tells the story of Penelope, traditionally known as the “faithful wife” of Odysseus—to Seth Grahame-Smith’s Pride and Prejudice and Zombies.

Invoking a character from Greek mythology, Shakespeare, the Bible, or English and American classics of the past two centuries seems to be a surer path to success—and sales—than relying on your own inventions.

Jean Rhys’s 1966 Wide Sargasso Sea—in which the voiceless “mad woman in the attic” from Charlotte Brontë’s Jane Eyre becomes the protagonist—is considered a landmark precursor to the genre of “minor-character elaboration.” Rhys’ work, with its clear anti-patriarchal bent, inaugurated an interest among novelists in “talking back” to the dead white men of literary tradition; still, the genre only properly came into its own in the 1980s—with works such as JM Coetzee’s Foe, Christa Wolf’s Cassandra and Marion Zimmer Bradley’s The Mists of Avalon—and is today a highly marketable form. While feminist and subaltern concerns were strongly present in the beginning, leading writers to try and uncover silences and elisions in the canon, the popularity of the genre now rests more widely on books that revisit well-known and well-loved works and pay homage to rather than critique them. Today, minor-character elaboration is more Pride and Prejudice and Zombies than Wide Sargasso Sea.

The wide array of uses to which the techniques of minor-character elaboration have been put provides grist for Rosen’s argument about the volatility of genre. Minor-character elaboration is the basis of fictions both “high” and “low,” “literary” and “popular.” Writers as different as Julian Barnes, John Updike, Jeanette Winterson, and David Malouf have experimented with minor-character elaboration, while several debut writers gamble on the prestige of the canon and find that it pays off. Invoking a character from Greek mythology, Shakespeare, the Bible, or English and American classics of the past two centuries seems to be a surer path to success—and sales—than relying on your own inventions.

But what is really going on when authors claim they are speaking on behalf of minor fictional characters? Rosen discovers a curious conflation underlying such claims, a seesawing between seeing fiction as a representative process—that is, a creation limited to the page—and imagining it, at the same time, as a form that can recover pre-existing but suppressed or underrepresented “voices.” Atwood’s The Penelopiad is an example. She points, writes Rosen, to “the ideological function of the character, the way Homer’s Penelope is constructed to produce a morally instructive effect.” So Atwood recognizes that character is an authorial construct; yet when she says, in her introduction to the novel, that she has “chosen to give the telling of the story to Penelope and to the twelve hanged maids,” she suggests that her own characters exist outside the book.

Sure, believing fictional characters to have existences beyond the text is critical to the way we read fiction; we are always supplementing the information we’re receiving with some of our own, even as we know that the lives we’re thus imagining are unreal. Orhan Pamuk has written a book about the fascinatingly ambivalent nature of this readerly habit. He states early in his Naïve and Sentimental Novelist that, “…the art of the novel relies on our ability to believe simultaneously in contradictory states.”

Yet on the part of the writer this confidence about reclaiming voice leads to some rather shallow politics—an expression of the liberal belief that permitting a person to speak means endowing them with autonomy. Rosen points out that critics who laud these novels forget that such authors are not securing justice for fictional characters; they are rather “performing the more modest political work of countering a previous literary representation with one that is presumably more salutary and possibly more historically accurate.”

Rosen shows how thematic tendencies, market patterns and literary studies intersect and inflect each other. However the universalism of his analysis—starting with the very first sentence of the book—“Minor characters: overshadowed by definition, all of a sudden they are taking over the popular literary landscape” belies the fact, which he nowhere specifies, that his field of study is Anglo-American fiction. Yet the book could throw light on similar undertakings in other literatures—for instance, fictionalized retellings in English from Hindu mythological texts currently extremely popular in India. Like the Western genre Rosen describes, these retellings have sometimes sought to “recover” female and subaltern voices, but they are more commonly aimed at providing entertaining reading with an undertow of moral seriousness—deriving from their connection with a canonical literature. The attempt to reclaim voices from the canon, in other words, often reinforces its sanctity.

Minor characters are, in their supreme irrelevance, relevant—they show up the self-importance of the other characters, the absurdity of their dominating concerns.

Not all minor characters can or ought to have their day, however, and the boom is minor-character elaboration is not necessarily a sign of progress. E.M. Forster—who is admonished here for his famous distinction between “flat” and “round” characters in fiction, since such a division assumes that characters have prior existences—seems to have understood this well. In the courtroom scene from A Passage to India, he describes the nameless operator of the hand-pulled fabric fan, the punka-wallah: a man completely irrelevant to the trial and the novel, but the first person the heroine Adela notices.

Almost naked, and splendidly formed, he sat on a raised platform near the back, in the middle of the central gangway, and he caught her attention as she came in … [H]e scarcely knew that he existed and did not understand why the Court was fuller than usual, indeed he did not know that it was fuller than usual, didn’t even know he worked a fan, though he thought he pulled a rope. Something in his aloofness impressed the girl from middle-class England, and rebuked the narrowness of her sufferings.

This is from a vital chapter in the book—Adela has apparently been molested by the Indian doctor Aziz, and the self-righteous colonials are arrayed in court against the resentful Indians. The punka-wallah leavens the scene, continuing to pull his rope as the room descends into chaos and then empties.

Here then is one argument for why minor characters are, in their supreme irrelevance, relevant—they show up the self-importance of the other characters, the absurdity of their dominating concerns. And to create that effect they must remain aloof, unapproachable. In a contemporary novel, the punka-wallah would likely be brought down from that platform and made to speak—he would become central to the narrative. But in speaking he would transform into, not a fuller version of himself, but someone else altogether. For a speaking punka-wallah would not be able to rebuke Adela silently nor make us rise—just for a moment, no more—above that that courtroom and see it differently. Minor characters are essential for those scenes that give the major story its texture, its declensions and, ultimately, its lifelikeness. Elaborating on them can sometimes starkly bring home to us the constructedness of fiction. But much more often, in contemporary fiction, this move seems just an opportunistic drawing on the canon while seeking, at the same time, to score political brownie points.

Anjum Hasan is the author of the novels The Cosmopolitans, Neti, Neti and Lunatic in my Head, and the short story collection Difficult Pleasures. She has also published a book of poems called Street on the Hill. She lives in Bangalore. 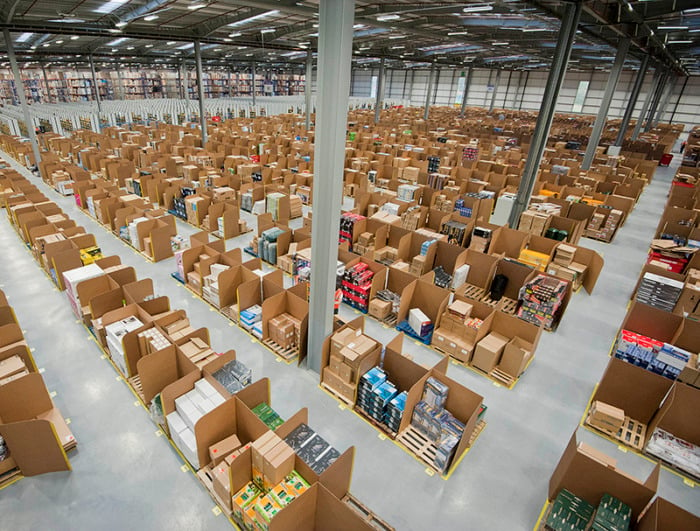 The Novel According to Bezos
Megan Marz
Word Factory 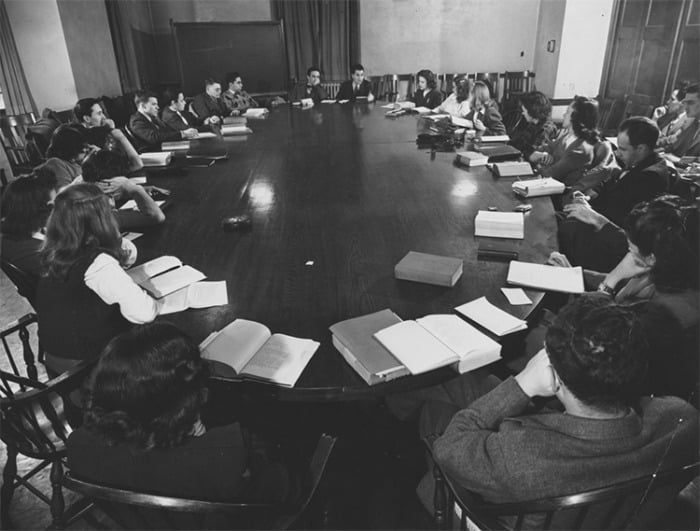 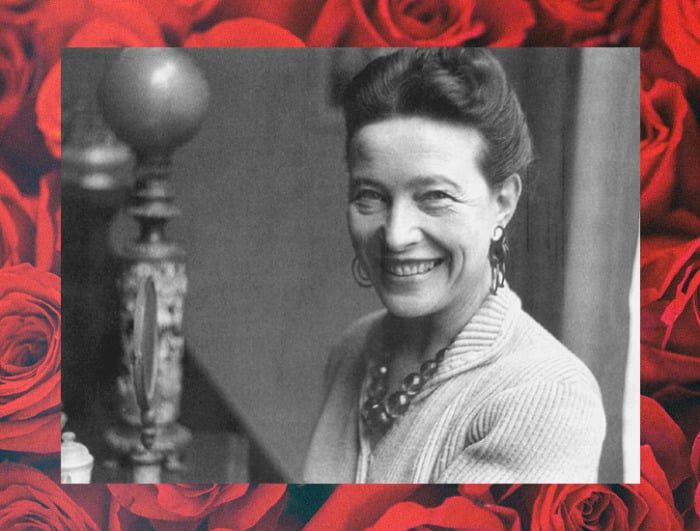 The Story of the Lost Novel
Maddie Crum
Word Factory