Every once in a while, a piece of fiction maps so cleanly onto the preoccupations of the present that the reading public receives it almost like breaking news. The #MeToo moment has delivered several such literary phenomena, among them the short story “Cat Person” by Kristen Roupenian, about coercive-but-consensual sex between a young woman and a not-so-young man, and the collection Her Body and Other Parties, released two days before the allegations against Harvey Weinstein, in which author Carmen Maria Machado draws on fairytales and fabulism to recast female life as a series of horror stories.

Though originally published in 2004, Samantha Hunt’s slim debut novel, The Seas, which was reissued by Tin House Books on July 10, shares many qualities with this company. It’s another saga of sex and power, about a nineteen-year-old girl’s infatuation with an Iraq War veteran nearly twice her age, and, like many of the stories in Machado’s Her Body and Other Parties, it’s a deconstructed fairytale that lays bare women’s limited options. The narrator is convinced that she is a mermaid­­. (She believes the same about her father, who walked into the sea eleven years ago and never returned.) In some ways, this story sets her free: “I’d rather be subject to the ocean’s laws than the laws that apply to young girls trying to become women here on dry land,” she thinks. But she learns that myths about sirens follow the same logic as stories about plain old bipedal women: break the rules—love a mortal—and punishment ensues.

Hunt, best known for the novel Mr. Splitfoot (2016) and the short story collection The Dark Dark (2017), is a ferally inventive writer about female sexuality, and The Seas is a book about a girl growing into her body and all the suffering that comes with it. Under the surface, however, this book is slipperier—and in some ways more subversive—than the viral fiction of the #MeToo era, which delivers cathartic affirmations that things are just as bad as we always suspected. The lover in “Cat Person” eventually shows his true colors. The fabulist conceits of Machado’s stories delineate the psychic damage that lurks just out of sight in our sexist society. Hunt’s work, on the other hand, has an otherworldliness not easily translated into social critique. The narrator of The Seas lives in a bleak coastal town with her mother and grandfather, a former typesetter of dictionaries for a mapmaking press, and she burrows into definitions and charts, searching for the places where meaning disintegrates and offers itself up to be reassembled.

For example: she knows that, by some lights, the man she loves, Jude, is nothing more than a broken-down drunk. “This is how a nineteen-year-old girl sees a man like Jude,” her grandfather says, pointing at the bloated shape of Greenland on a map. “The Mercator Projection. It’s making Jude look a lot larger than he actually is.” But The Seas is not a book about confronting the distortions imposed on teenage girls, and its narrator doesn’t stand to gain much from the truth. Instead, she dives deeper into the warped stories we tell about female sexuality, discovering unmappable hungers and powers—ones so violent yet familiar that they send shivers down the spine. “Jude thinks he is too old for me,” she says in one passage. “I think I could cut a strip of flesh from his upper arm and eat it.”

The Seas might be a book about a girl who is really a mermaid. Or it might be a book about a girl going insane, which is how the narrator’s family understands the novel’s events. (When she lands in the hospital after trying and failing to “return to the ocean,” she watches them “exchange glances of the saddest kind.”) Maybe when a girl makes the justifiable choice to secede from reality there is a negligible difference between psychosis and knowing correctly that you just don’t belong on dry land, would be better off deep under the sea.

Everyone in the small town of Hunt’s novel is trapped in a story that’s already been told. In this seaside community where old houses have widow’s walks—for wives to keep vigil for drowned sailor husbands—the occupation available to women is waiting. A girl the narrator grew up with waits for her boyfriend to get out of prison. The narrator’s mother waits for her father to return, even though she claims to accept that he’s dead. The narrator gets tired of waiting for Jude and has sex with a boor who calls her “a nut job” and says, “So that’s what a nineteen-year-old feels like.” But men are equally trapped in a narrative of leaving, and of coming back hollow if they come back at all. In passages set during Jude’s time in Iraq, he talks about “how messed up every vet from Vietnam I know is” and how “I was terrified to be like them.” Jude’s traumas often feel rote; his flashbacks are both more realist than the main story and less convincing. Still, his desperation parallels the narrator’s in interesting ways. AWOL in the desert, he imagines transforming into Superman or digging his way home through the center of the earth so that “people will know that I’m different. . . .The war won’t leave a scratch on me.”

The narrator goes much farther than Jude toward writing herself into an alternate story. But even in fantasy, her freedom is limited. “I have never heard of even one mermaid story where the mermaid’s family does not come up out of the sea to kill the mortal man who won’t marry the mermaid,” she says. “They always come to get their daughters back.” Slowly, she panics over what this means for Jude. “I’m going to be a different kind of mermaid,” she declares to King Neptune in a hallucinatory argument with what turns out to be a rock. As befits a boulder, he is unmoved. “You don’t get a choice,” he says. “There’s only one kind of mermaid.”

Mermaid stories, in their classic form, are hardly celebrations of female sexuality. They’re more like warnings against being the wrong kind of girl—a temptress who lures heroes to wreck on the cliffs. Like most fairytales, they make women monsters to themselves. Hunt doesn’t shy away from the siren figure’s misogynist subtext, but her narrator still finds an electrifying power in playing out the ancient roles: siren, sea nymph, even mother. “Some nights I want Jude so badly that I imagine I am giving birth to him,” she says.

I pretend to sweat. I toss and wring my insides out. Mostly I think this because that’s how badly I want Jude’s head between my legs. . . . I think, I will create Jude inside my head and that way he will be inside of me which is almost as good as fucking or at least pricking our fingers and touching them together.

The narrator conjures her own reality—one where her will to have Jude overcomes his resistance so vividly that it feels like violation. Here and elsewhere, Hunt’s writing returns often to childbirth and pregnancy, primal capabilities she views as near magical. She told The Rumpus in a recent interview: “Much of the writing I do about the female body is to remind women, myself included, that they make life and they make death.” In The Seas, the narrator’s mother recounts abandoning her life’s aspirations after meeting the sailor who would become her husband, realizing that “this was what I had really wanted. A man to climb up on top of me and a baby to come out.” For Hunt, the outcome of this revelation—the routine tragedy of an unhappy life—doesn’t seem to invalidate the epiphany. The novel’s loving descriptions of the ocean pay homage to undinal forces.

Fairytales are a form of indoctrination, but they’re also, for many, an introduction to the world of desire.

When I told a friend I was writing this essay, she said she’d been hearing a lot about mermaids lately—that mermaids seem to be what vampires were a few years ago. Indeed, the re-release of The Seas follows a merman movie’s triumph at the Oscars—Guillermo Del Toro’s The Shape of Water—and the lauded debut of a merman novel, The Pisces by Melissa Broder. “People don’t have sex with sea creatures unless the world has failed them,” Jia Tolentino observed in her New Yorker review of that book. Maybe, in the bright light of so many revelations about how life on dry land fails women in particular, the allure of the aqueous love interest is on the rise. Of course, The Seas goes a step farther and inverts the dynamic: its heroine is the beast, not its victim or bride. There’s a particular beauty in being a female monster not invalidated by feminist critique. Fairytales are a form of indoctrination, certainly, but they’re also, for many, an introduction to the world of desire—one that predates the understanding of everything sex can cost. Reading The Seas, I realized I’d forgotten how it felt to be nineteen and testing my power when I didn’t yet fathom that, if I embraced it, it was myself I was most likely to harm.

Nora Caplan-Bricker is a writer in Boston. More of her work can be found at noracaplan-bricker.com and @ncaplanbricker. 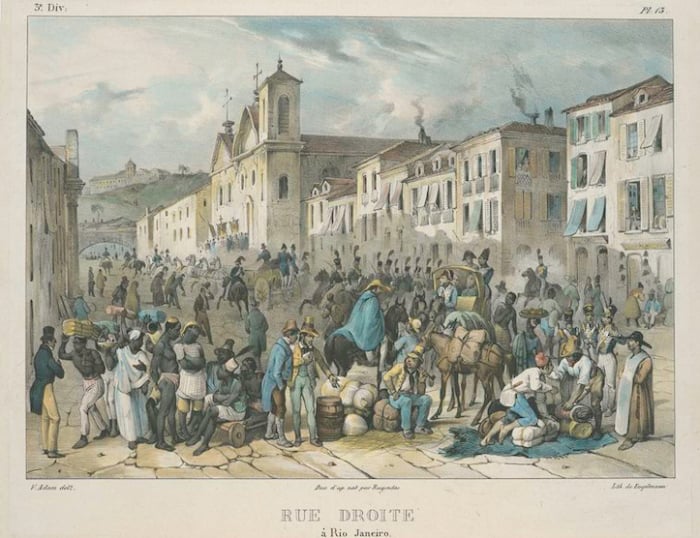 Memoirs from Beyond the Grave
Lorna Scott Fox
Word Factory 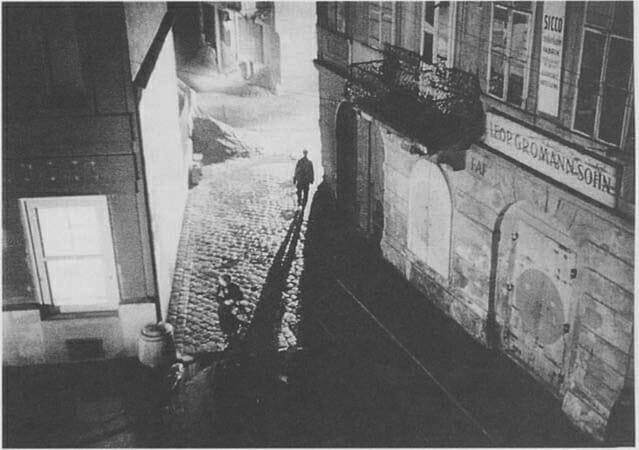 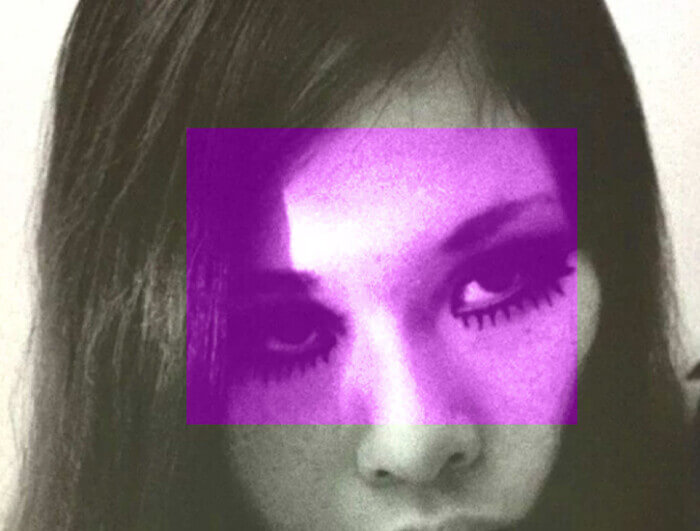