Reader: Are you someone who is angry in an inchoate way at the Trump administration as an institution but who would prefer to focus your anger like a laser beam on specific individuals? We here at The Baffler are here to help! As a wise man once told my father while trying to sell him a program at a Knicks game, “They’re just a bunch of tall guys in shorts, without a program”—and so, too, the various hangers-on in the Trump orbit may seem to be just a bunch of transparent grifters and/or terrifying ideologues in suits unless you have a clear guide for who the players are. We plan to bring you the key stats and career highlights of all the best people in the administration, as well as those who are “too hot” for government service and end up bounced out to the 2020 campaign, various 501(c)3 scams, or who just end up on the semi-consensual receiving end of those rambling “executive time” phone calls. This week, we’re welcoming a new member to our rotating cast of characters: Attorney General nominee William Barr!

The death and funeral of George H. W. Bush, and the surrounding spectacle, managed to combine two of the worst things about our current political moment: the tendency of every event to become a psychodrama revolving around Donald Trump’s wildly inappropriate behavior and the equally formulaic counter-reaction phase of the news cycle. In this pundit-scripted set piece, the president’s opponents attribute virtue and honor to anyone who becomes the target of his ire, no matter their merits. In other words, the world held its breath waiting to see if Trump would physically attack Bush’s corpse at the funeral, and it spent a lot of time tut-tutting about how classy and bipartisan the dead president was, not like the live one at all.

A mere week after Bush’s death, Trump nominated William Barr to replace the shitcanned, extremely non-lamented Jeff Sessions as U.S. attorney general, which was weird because . . . William Barr had once been George H. W. Bush’s attorney general? And Bush was good, but Trump is bad?? How could this be???

If nothing else good comes from Barr’s reappointment—and, as you’re about to see, not much good is going to come from it—at least it serves as a solid reminder that even the warmly remembered Republicans of yesteryear also stacked their administrations with creeps! So what’s this new guy’s story?

William Barr: A boy with a dream (of becoming a CIA spook)! Like any normal son of two educators growing up in Manhattan in the ’50s and ’60s, Barr was a conservative who wanted to become the head of the CIA. Figuring that China was a country we were definitely spying on, he pursued a master’s degree in Chinese studies at Columbia and ended up at the CIA’s China desk. But instead of climbing his way up the ranks of the intelligence agency, he gained a powerful patron in George H. W. Bush, who became head of the CIA toward the end of Barr’s tenure there. Poppy provided his protégé an entree into the world of Republican politics as the Reagan years dawned. Among Barr’s early tasks: he helped screen prospective vice presidential candidates for Bush’s presidential run (it didn’t work), and from 1982 to 1983, he worked in the Reagan White House on an initiative to get tuition tax credits for low-income private school parents (it also didn’t work).

William Barr sure thinks the president should be able to do whatever he wants! Once Bush was ensconced in the White House, Barr found himself in the low-profile but influential role of head of the Justice Department’s Office of Legal Counsel; he was promoted to deputy attorney general in 1990. At his nomination hearing for the former job, Barr said he had doubts about whether the post-Watergate independent counsel statute was constitutional. On the other hand, he provided legal reasoning to demonstrate that the invasion of Panama was super constitutional and that the Gulf War would have been too, even if Congress hadn’t approved it. Oh, and the U.S. intervention in Somalia? You know it: constitutional! Basically, the United States (as ordered by the president) has the right to arrest terrorists and ne’er-do-wells anywhere in the world, even when that violates international law—because is international law even a thing?

William Barr’s take on abortion: definitely not a constitutional right! When Bush’s first AG Dick Thornburgh quit in the summer of 1991 to run in a special U.S. Senate election, Barr was nominated to replace him. One of the only fun moments in an “unusually placid” nomination hearing before the Senate occurred when Barr avoided the usual niceties and ambiguities and announced that he just straight-up thought Roe v. Wade was wrongly decided, which Joe Biden called “the first candid answer” he’d ever heard on the subject. “It’s astounding to me. You should be complimented,” said the future vice president, a statement that definitely won’t come back to haunt him at all. Don’t worry, though: Barr acknowledged that Roe will remain the law of the land “until it’s overruled”—a caveat that’s sounding less reassuring by the day—he just thinks that if some state legislature wanted to ban abortion altogether, that would be cool, constitutionally. (For more on Barr’s thoughts on the law and social issues, check out his 1995 article for The Catholic Lawyer, “Legal Issues in a New Political Order,” which has extremely chill section titles like “Breakdown of Traditional Morality” and “Government’s Subsidization of Social Problems.”)

William Barr is extremely tough on crime! The ’90s, of course, were the decade during which Hillary Clinton pledged to eliminate “superpredators” and the one just after Donald Trump took out full-page ads in the newspaper demanding the execution of the wrongly accused Central Park Five. So it’s probably no surprise that the nation’s top law enforcement officer, working for the guy who signed off on the Willie Horton ad, was very into puttin’ people behind bars. By early 1992, Barr had shifted Justice Department policy to a more aggressive stance and was helping states fight lawsuits over prison overcrowding because, as the New York Times put it, he believed “that violent crime can be reduced only by expanding Federal and state prisons to jail habitual, violent offenders.”

In 1992, he gave a speech in Los Angeles declaring that “in our stepped-up efforts to deport those who crash our borders, criminal aliens will be the first to go, and even those who enter legally and then commit crime will forfeit their privilege to stay . . . we will not tolerate aliens who come here to prey on the American people.” That xenophobic outburst definitely sounds like it would have appealed to somebody we can think of! And speaking of immigrants, Barr also won an administration turf war against HHS Secretary Louis Sullivan to maintain the ban on immigration by people infected with HIV; more than twelve thousand HIV-positive Haitian refugees ended up interned at Guantanamo Bay as a result.

Barr’s tireless efforts to lock people up and throw away the key didn’t end when he left office; in the mid-’90s, he helped Virginia’s Republican Governor George Allen eliminate parole from the Virginia prison system. (By the way, did you know that in Virginia there’s still no such thing as parole for crimes committed on or after January 1, 1995, when the new law went into effect?) And it probably goes without saying that he signed his name to a letter opposing an earlier version of the recent successful push for prison reform at the federal level.

William Barr is remarkably soft on certain fairly specific kinds of crime! Although Barr definitely thinks drug dealers and bank robbers should go up the river for a long, long time, he weirdly seems less concerned about, say, crimes perpetrated by rich people and Republican administration officials. Like, when it turned out that a U.S. branch of an Italian bank had been illegally lending large sums of money to Iraq—money that Saddam Hussein used to buy weapons to fight Iran and, later, us? Barr was remarkably relaxed about the whole thing. Or when lots of bigwigs, including the literal secretary of defense, got involved in a scheme to illegally sell weapons to Iran and then use that money to illegally fund the right-wing Contra rebels in Nicaragua? Six of them were pardoned right after George H. W. Bush lost the ’92 election, and Barr thought they shouldn’t have been prosecuted in the first place.

Barr’s defense of the powerful didn’t stop when he left office; he spent the latter part of the ’90s in private practice, helping big telecom companies challenge laws they felt shouldn’t really apply to them (mostly because those laws would prevent them from making tons of money).

William Barr is not actually a surprise pick for Trump’s Attorney General, at all! Sure, we’ve all been ready for something truly comical, like Trump picking Jeanine Pirro, or choosing Judge Judy because he thinks she and Jeanine Pirro are the same person, or nominating Paulie’s robot from Rocky IV because he’s got some fresh ideas, believe me. Still, the idea that he’d choose someone associated with the hated Bush family (someone who even donated $55,000 to Jeb!’s campaign) came as a shock to some people. But why wouldn’t Trump pick William Barr, a tough-on-crime guy from the ’90s who thinks the one person who can never be held responsible for doing crimes is the president? Besides, Barr’s been spending the past couple years building a case for himself by writing op-eds about how firing Sally Yates was good and cool, suggesting that Hillary’s Uranium One business deserved investigating more than any so-called collusion with Russia, and, of course, sending unsolicited memos to the Justice Department about how Mueller better not get too big for his britches.

But don’t worry! Lindsey Graham talked to Barr, and he says everything’s going to be fine. 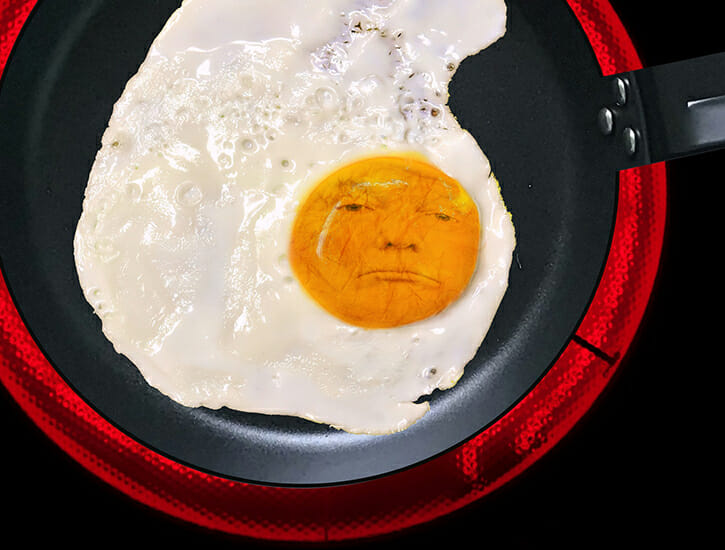 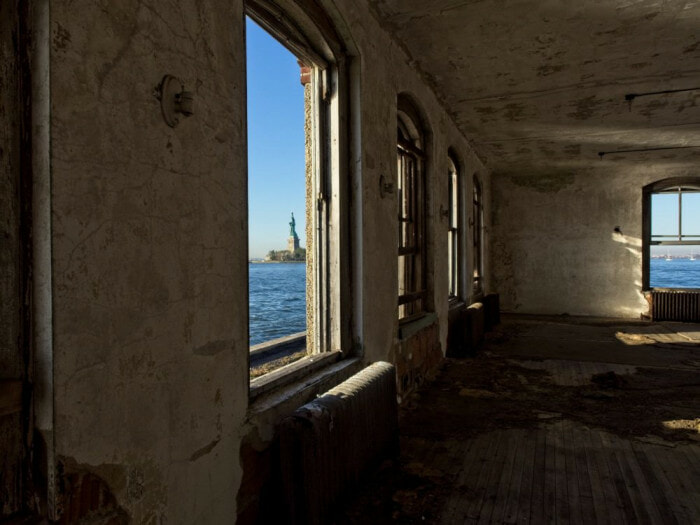