Being a Kanye West defender in 2015 is a thankless task. Yeezy makes it hard: he’s frequently offensive and (I’m told) deeply unlikable. He’s been called arrogant, narcissistic, materialistic, pretentious, rude, insensitive, and insane. But this is exactly why I like him. Kanye West, more than any more wholesome celebrity, speaks to me about how to exist as a political person in the public eye.

Make no mistake: Kanye West is a deeply political man. His last album, Yeezus, was explicitly about race; he introduced it by identifying himself as “the son of a Black Panther and a son of the first black chair of the English department of Chicago State.” His first famous “outburst,” in which he told the live television audience of a Hurricane Katrina benefit that “George W. Bush doesn’t care about black people,” was directed at structural racism. That this was treated as merely “rude” should alert you to the problem: Kanye West keeps making points that are more or less correct. But to avoid engaging with those points, the media draws focus onto his personality. We call him a crazy man so that we don’t have to hear what he’s saying.

West is also deeply class-conscious, though this often takes the form of a desire to be recognized as upper-class. His famous “arrogance” often comes down to the fact that he loudly demands to be treated with the same respect that a white man with his income would never have to ask for. Some may find his corporate allegiances distasteful. But, like a lot of marginalized people who manage to break into an elite group, West has an intense love-hate relationship with the class he’s entered. It’s the “hate” that makes it interesting.

I attended a concert on the Yeezus tour in which Kanye gave a special shout-out to Google CEO Eric Schmidt, who was in the audience. It seemed like wealth recognizing wealth. But it wasn’t: Kanye brought the whole show to a shrieking halt to give a lengthy speech about why Eric Schmidt should fund his clothing line, and invited us to yell at Schmidt if we believed Schmidt’s money should belong to Kanye. It was a shout-out as public shaming, directed at one of the most powerful white men in the world, isolating him in a crowd of thousands. Granted, Kanye wasn’t demanding that Schmidt reform his corporate policy; he was asking for something for himself alone. Still, haven’t you always sort of wanted to yell at Eric Schmidt? I can tell you: I got to yell at him, and it was great. It was Kanye’s awareness of his power, and his willingness to use it rudely, that made it one of the most exhilarating concert experiences I’ve had.

Kanye can mess up. Feminism, particularly, tends to be something he stumbles over. While he very vocally defends Kim and Beyonce from all critics, he also portrays women in his songs as sexual territory to be claimed in battles between men (“I’ll fuck your Hampton spouse / come on her Hampton blouse,” etcetera). His most recent comments about his ex, model Amber Rose, are a good example of how Kanye can slut-shame and objectify with the worst of them. I should be outraged. I am disappointed. But where some may see irredeemable misogyny, I see something more like human complexity. Admittedly, being a white woman flavors my reactions. As a man of color, Kanye is both privileged and oppressed. He can be intensely perceptive about forms of oppression that affect him (like racism) and incredibly, hurtfully wrong about those that don’t (like sexism). But there’s something about West’s willingness to put himself out there, knowing full well that he can and will screw up, that makes him compelling.

There’s a massive public demand for Kanye West’s mistakes, after all. His media narrative casts him as a clown or a monster, and a lot of Internet writers have generated a lot of clicks by producing stories about “crazy Kanye.” At this point, West’s has gone beyond fighting that narrative, or being wounded by it (see: the entirety of My Beautiful Dark Twisted Fantasy), to consciously using it. What was his storming the stage at this year’s Grammys, if not a re-enactment of one of his most controversial moments, right in time to remind everyone that he’s got a new album coming out?

If you are political in public, you too will experience some tiny fraction of what it is to be Kanye. Everyone who writes about oppression online knows the baiting, the casual abuse, and the desire for something your enemies can use to craft an unflattering narrative. Feminists online are subjected to such harassment that many are beginning to retire. You know who hasn’t retired? Kanye West has never once been shut up by public disapproval, although the public has disapproved of him, loudly, for over a decade. If everyone in America personally wrote Kanye a letter, telling him they hated him, Kanye would release a nine-minute single about his greatness, featuring Paul McCartney and a chorus of robots.

Kanye’s ability to persevere despite his flaws is more moving than watching someone “likable” always get it right. He knows he can be attacked, and fail, but he doesn’t stop. You can call it a triumph of strength, or of ego. But, for a lot of marginalized people, “strength” and “ego” are the same thing. If the whole world tells you that you are a lesser being, the non-egotistical thing to do is to devalue yourself. For those seeking to undo years of culturally instilled self-hatred, it doesn’t hurt to pull a Kanye, declaring yourself a being of godlike awesomeness instead. If Kanye can keep going, with what seems like the whole world rooting for him to fail, you and I have no excuse for not doing the same thing. 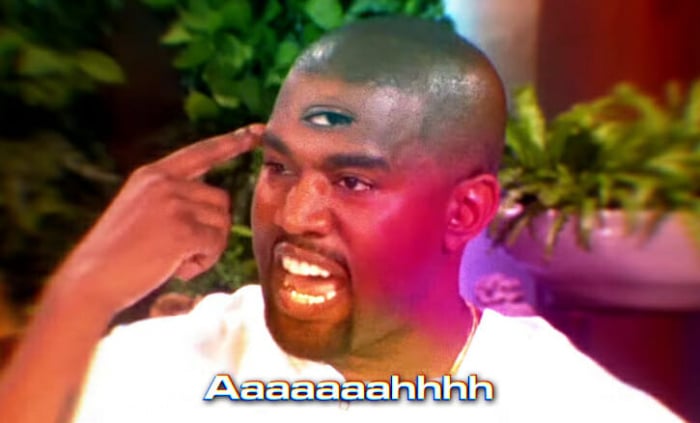 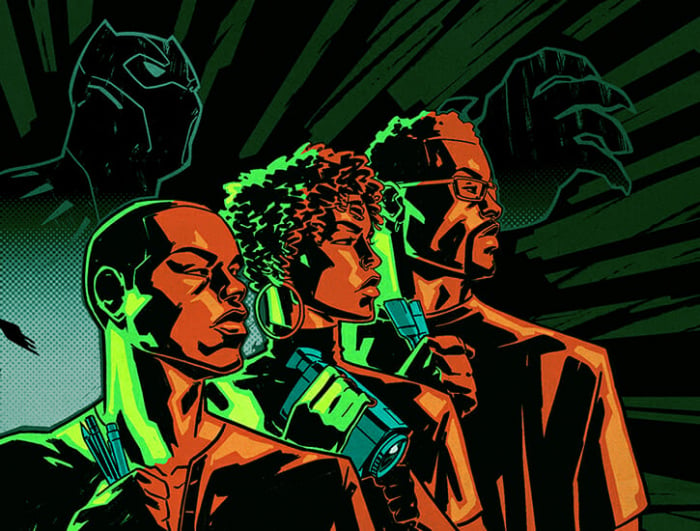 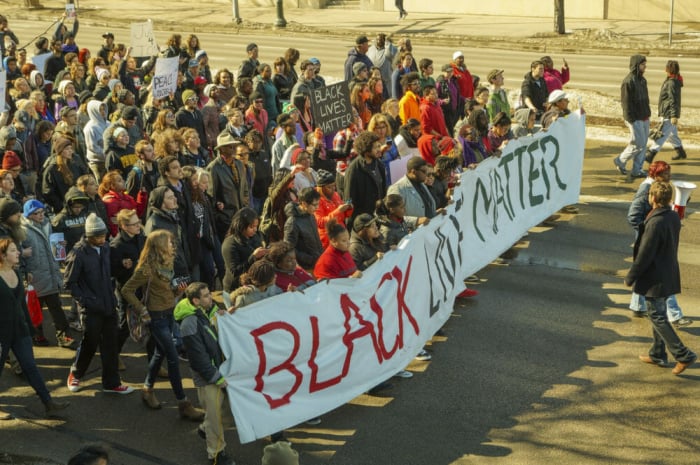