It is difficult to decide what was worse, the original offense or the “context” offered up after it. On a cold and dreary Saturday in Washington, D.C., as the news channels lamented the ongoing shutdown and Americans plodded through the slough of errands and aggravations, a short video went viral. In it, a young man, the now infamous Nick Sandmann of Covington Catholic High School in Kentucky, his gleaming white face plastered with the smarm and smirk of privilege and entitlement, stood inches away from a Native American elder. Around Sandmann, a tight gaggle of classmates shouted jeers, pantomiming tomahawk chops. Many, including Sandmann himself, wore red hats emblazoned with the “Make America Great Again” slogan. This was their Washington, and if they wanted to poke fun at an old Native American veteran, they had nothing at all to be afraid of.

If your skin is not white, if you are an immigrant or a brown or black or Asian American, then you likely found the incident, recorded and uploaded to Twitter and viral within minutes, painful. You probably did not find it surprising. In the two years since the reign of “Make America Great Again” stalwarts began, you and your friends and family members and neighbors have likely already seen that grotesque side of white America far more than before. It may have shown itself in supermarket lines where women who could be Sandmann’s mother or aunt have mouthed “go back to where you came from,” or at restaurants where men who could be Sandmann’s father or brother have shushed you, or the many times when you have been stared at, silenced, cut off, pushed, by one of the many who voted for Trump and wish to exert the muscles of their supremacy on your existence.

White America, however, was shocked and then soon afflicted with the discomfiture of those suddenly and unpredictably confronted with a reality best kept hidden. White Americans know that racism is real and that it has roared up to silence so many in these two long years of supposedly making America “great” again. Despite this, most—perhaps fearing complicity by skin color—prefer to operate as if racism in all its varied iterations is an occasional encumbrance, appearing at the congruence of the mythic Trumpian mix of poverty and poor education. These kids, led by their taunting leader, were not that. Here were private school students who likely did not know anything of the privations normally used to justify the racism of their lesser white working-class MAGA voters.

In Trump’s America, even outrage at racism must be tempered with consideration for the racists at hand.

In Trump’s America, however, even outrage at racism must be tempered with consideration for the racists at hand. Just as many seemed to be coalescing against the shamefulness of young men deriding a Native American veteran, another story, the cherished “other” side with which the pain of non-white Americans is trivialized, was gathered up. Solemn faced television anchors and their off-air Twitter colleagues now dished up “context.” Whether or not it was intended for this purpose, its effect was to muddle up the story that the original video told, a story whose racist truth cast in the arrogance of a young man and the fortitude of an old one had galvanized an America of ever-dwindling empathy to actually care.

The new story painted the racists as victims and the Native American marchers as interlopers and interjected a new set of culprits, conveniently black men, as really deserving of America’s ire. Nick Sandmann and his fellow students had never instigated anything, this new story said. A group of black men, “Hebrew Israelites,” had yelled slurs at them. Frustrated by the unfamiliar challenge, the students had asked a chaperone if they could yell school chants. They proceeded to do just that. Nathan Phillips, the Native American elder, had put himself in the midst of these groups and so, based on his own interjection, had been caught in the crossfire of slurs and chants.

Here was a counter-narrative pushed aggressively by the well-oiled propaganda machines of the Trump era. Not only did it deftly turn blame from a perpetrator whose expression and persistence were real and ugly—the MAGA hat a clear message that whites are “taking America back”—the new version of the story accomplished the ultimate victim-blaming “trick” of implying that it was the other who was at fault for having put himself in a situation that led to his own mistreatment. The fact that a mother of one of the Kentucky students at the rally publicly blamed “black Muslims” (misidentifying Hebrew Israelites), also reflective of Islamophobia, and that videos showed other students laughing openly at Phillips, were all facts to be filed away, ignored.

There was no space left to ask the questions that should have been asked. What sort of school whose mission was religious instruction permitted students to jeer at marginalized others?

An architecture of absolution was soon erected around Sandmann, its aim to protect the perpetrator and diminish the victim. Savannah Guthrie, blonde and beautiful and laden with sympathy, interviewed Sandmann on NBC’s Today show, delivering him to the watching public sans MAGA hat, a preppy fresh-faced child who had simply been misunderstood. Other media outlets added new floors to this protective structure built around Sandmann. New York Times columnist David Brooks eagerly set up the scaffolding: Sandmann was the victim here, his life destroyed by social media; the Washington Post provided a nifty timeline that indicted social media, as well. Nick Sandmann, his face artfully lit on the Today show set, refused to apologize.

There was no space left to ask the questions that should have been asked. What sort of school whose mission was religious instruction permitted students to jeer at marginalized others? How had Christian instruction become intermingled with the visible ethic of white supremacy? The videos of Covington Catholic High School students jeering in black face at black athletes barely got a mention, explained away as school spirit in an interview with Fox and Friends. It was social media that was terrible; the kids were great kids and the school was a great school. President Trump, ever the hugging monarch of white children who leer, invited all of them to the White House.

The goal of context in Trump’s America, facilitated by an ever self-conscious media, is to insist that racist white Americans are simply white Americans misunderstood. It is the same dish that has been served up in the aftermath of this latest grotesque exposure, young white racism caught on video. Context, once intended to eliminate prejudice toward marginalized groups such that they do not become casualties before the prejudice of dominant groups, has now been re-appropriated in the service of the opposite; it is now the material of absolution for the filthy entitlement and fetid hatreds of jeering white boys like Nick Sandmann, boys who imagine themselves the future leaders of a white, nationalist, and hate-filled America. 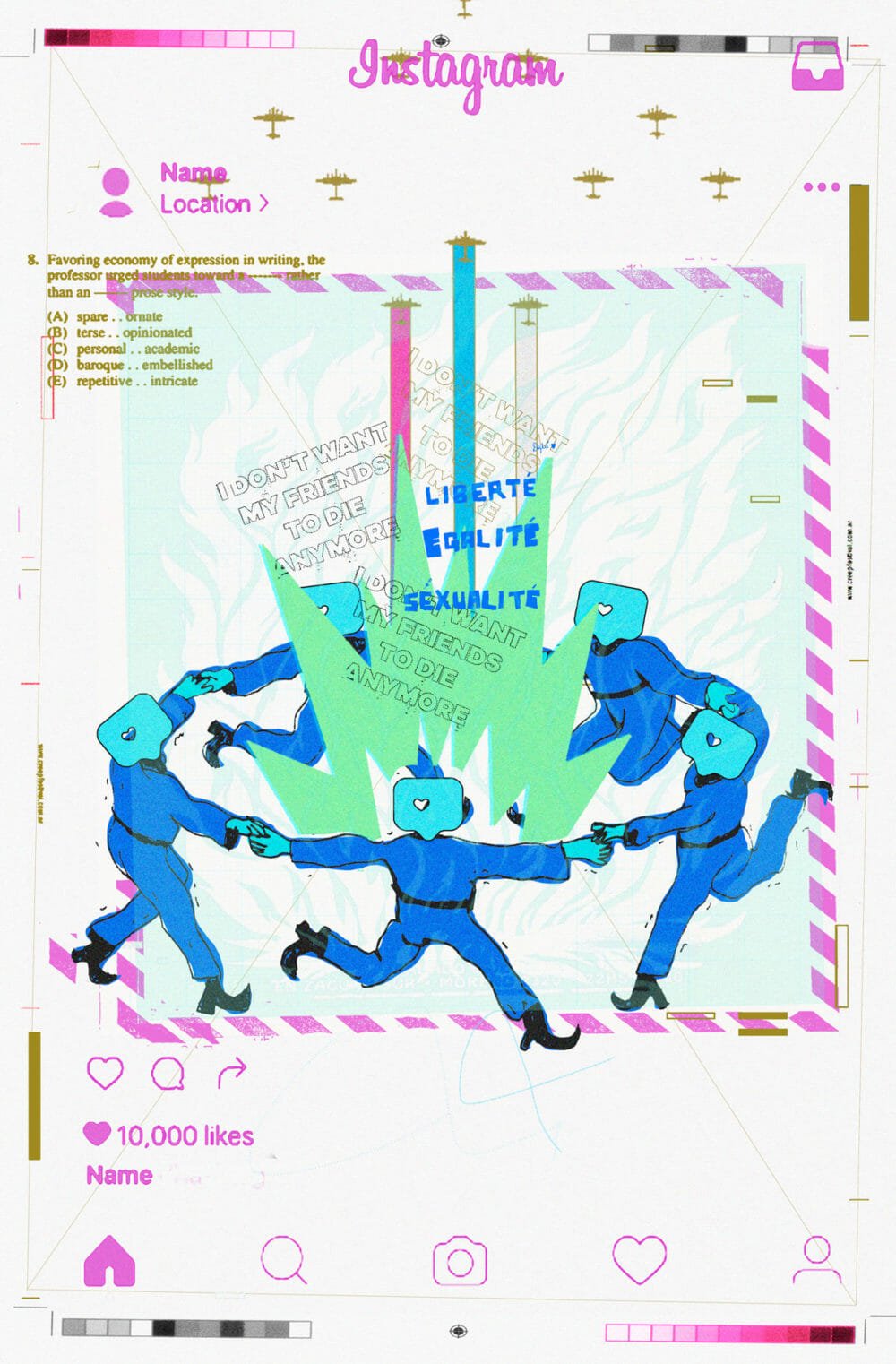 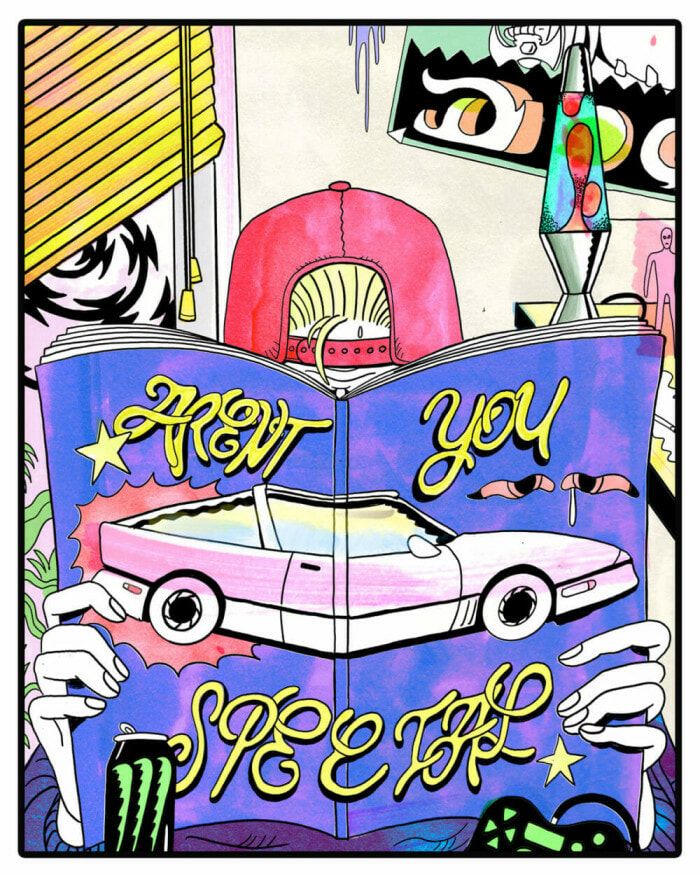 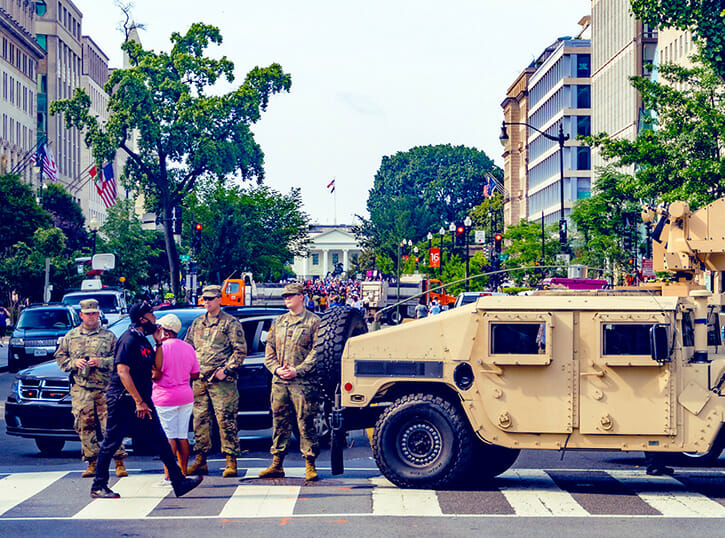