Once upon a time in the last decade, I was asked to be a part of a panel featuring the iconic Maya Angelou. These were the last years of her life; she was already in failing health and was using a wheelchair but was as effervescent as ever. I happened to be an alum of the university where we met for the panel, and she was the grandmother of a student there. All of this is to say that a congruence of fortunate coincidences led to a moment in which Maya Angelou, her attendants, and I were in the area offstage designated as the green room.

A few minutes before the panel event was to begin, a white and extremely well-dressed woman appeared before us. The wife of a donor to the school, she had procured permission for this private audience. Kneeling before Angelou in her wheelchair, the woman let out a torrent of appreciation, some of it garbled and illegible. Angelou, ever gracious, nodded and smiled. Then, just as the woman was about to leave, she lurched forward and caught Angelou in a one-sided embrace, burying her face in her chest. By then, Angelou’s attendants were remonstrating and pulling her off. But before they could do so, she planted a kiss on Angelou’s face.

I think of this incident often, as a reminder of the strange and bizarre effect stardom has on its consumers. The famous may have their own idiosyncrasies, but the fame-struck are just as entitled, grasping, and gluttonous, unrelenting in their desires to draw themselves close to stardom. I thought of this incident this past Tuesday when a letter written by award-winning author Chimamanda Ngozi Adichie became a sudden media sensation. Entitled “It is Obscene: A True Reflection in Three Parts,” the letter (which does not mention the names of the two authors to whom it is ostensibly addressed) tells the story of friendships marred by hurt and criticism. The first writer allegedly wrote fawning letters to Adichie but also criticized her on social media.

The second unnamed author, it became clear, is Akwaeke Emezi—who was a few years ago one of the students in Adichie’s Lagos writer’s workshop, and who identifies as trans and gender fluid. Emezi is the author of the acclaimed novels Freshwater and The Death of Vivek Oji, as well as the young-adult fiction Pet and the recently released memoir Dear Senthuran: A Black Spirit Memoir.

In Adichie’s telling, she boosted both authors, but when Adichie gave an interview in 2017 saying “trans women are trans women”—that is, they are women but also different—her former proteges took to social media to “publicly insult” her. Emezi, in Adichie’s view, was “calling me, among other things, a murderer.” (Emezi had noted on Twitter that Black trans women have been murdered and commented that transphobia “contributes to those murders.”) The last straw, it appears, was when Emezi used Adichie’s name in the author’s biography in their debut novel, noting their “work has been selected and edited by Chimamanda Ngozi Adichie.” Livid, Adichie had her agent write to the publisher and ask for it to be removed. “You use my name (without my permission) to sell your book AND then throw an ugly tantrum when someone makes a reference to it?” Adichie wrote in her letter. She suggested Emezi was a “rank opportunist” behaving with “monstrous entitlement.”

Whether it be J.K. Rowling or Adichie or any other star of the literary establishment, deliberately distinguishing trans women from women seems to me both unnecessary and cruel.

It is a powerful yet puzzling document, particularly for feminists like myself, who believe trans people have the right to choose their own gender identity and have that choice acknowledged and respected by society. Whether it be J.K. Rowling or Adichie or any other star of the literary establishment, deliberately distinguishing trans women from women seems to me both unnecessary and cruel. It is clear that Adichie believes that she can still be a full supporter of the rights of trans people despite her views regarding women and trans women.

The vexing questions posed by Adichie’s letter do not end there. Also embedded in its text are questions about the relationship between liberal expectations for a certain kind of polite discourse and the militance that often springs from belonging to a disempowered and silenced identity group. Emezi, for example, had learned in January that Adichie was working on a “call out letter” and tweeted “I trust that there are other people who will pick up machetes to protect us from the harm transphobes like Adichie & Rowling seek to perpetuate.” Emezi was clearly resorting to hyperbolic language, but Adichie made it into a literal case against the writer, who she said “encouraged Twitter followers to pick up machetes and attack me.” I doubt any trans person would suggest that being trans gives them a moral carte blanche and absolves them of any sort of accountability for their words. At the same time, it must be recognized that being trans, particularly a trans person of color, is a disadvantage in a society that regularly misgenders, maligns, and dismisses the concerns of trans people. Is it fair to demand they fully refrain from militance when they are denied in myriad ways full personhood?

The recognition of both of these dimensions creates a moral responsibility that should come into play each time a cis person discusses their views on trans people in public. In private speech, moral and personal disagreements such as those Adichie might harbor require no special considerations. But public speech regarding trans people does impute special considerations; the proclivity of social media to spew hate toward this group, the relative disempowerment they experience in society, and the greed and glee with which negative portrayals of them are disseminated all point to the need for a greater degree of care when trans people in general and a trans person in particular are discussed. Refusal to do so suggests a tacit approval of one’s words becoming part of the “proof” transphobes offer as a means of maligning trans people.

Adichie could make a claim against a once-friend who has opportunistically been milking their connection to the author while also denigrating her, but when that dispute is taken into the public arena, via the formidable platform that Adichie commands, it immediately becomes another bludgeon in the culture wars. “There are many social-media-savvy people who are choking on sanctimony and lacking in compassion, who can fluidly pontificate on Twitter about kindness but are unable to actually show kindness,” Adichie wrote. In her conclusion, she asserted “we have a generation of young people on social media so terrified of having the wrong opinions that they have robbed themselves of the opportunity to think and to learn and to grow.” Right on cue, Adichie’s document was embraced as another sign that a powerful and censorious pro-trans movement wishes to silence those who speak out against them—among those who praised the letter were Piers Morgan, Ben Shapiro, Bari Weiss, Thomas Chatterton Williams, and Jesse Singal.

It is the weakest and most misleading bit of her argument. Social media remains a hostile place for trans people; a 2019 research report produced by the charity Ditch the Label found that of ten million comments/posts relating to trans people from the United States and the UK over three-and-a-half-years, more than a whopping 1.5 million were transphobic. These numbers do not suggest that any speech at all is being suppressed because young people or anyone else is terrified of having the wrong opinion or any opinion. It is a matter of fact that this online virulence translates to actual danger; 2019 saw an 81 percent increase in transphobic violence in the United Kingdom, and in 2020, the United States recorded at least forty-four deaths of transgender or gender non-conforming individuals.

Emezi is not a young intimidated author, but they are part of the transgender community. The publication of three novels and a memoir landed Emezi on the cover of Time magazine as someone who is “writing new possibilities into being.” Those new possibilities include role-modeling, through sheer public existence and open gender-fluidity, ways of being that have long remained unexpressed. Young trans people, hunted and harassed as they are, need that sort of public affirmation not least because it is so rare.

Because of this, Chimamanda Ngozi Adichie’s failure to recognize what Akwaeke Emezi represents and to focus on her own injured feelings—to sound the alarm that criticism of her expressed views represents a societal danger—is somewhat puzzling. As I learned in my encounter with Maya Angelou, we should recognize the bizarre impositions thrust upon mega-celebrities on a regular basis. These mega-celebrities—and Adichie certainly and deservedly is one—should also recognize that while they may have genuine misgivings that require redress, rolling them out in public threatens to risk a condemnation of the wrongdoer that is in gross disproportion to the “crime” itself. 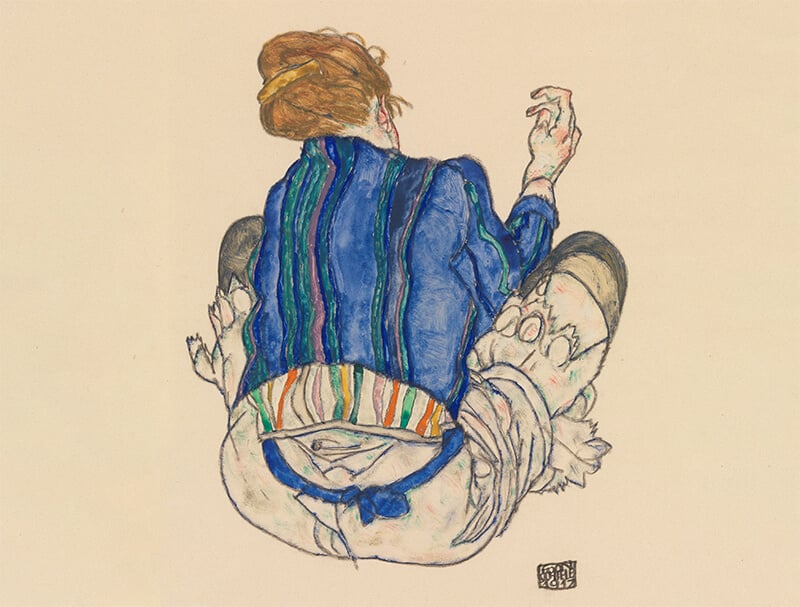 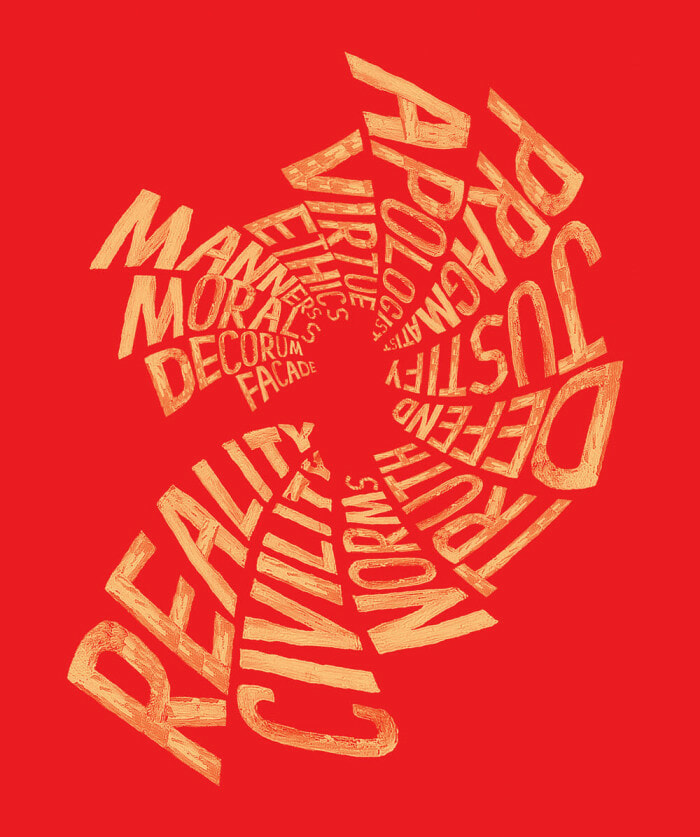 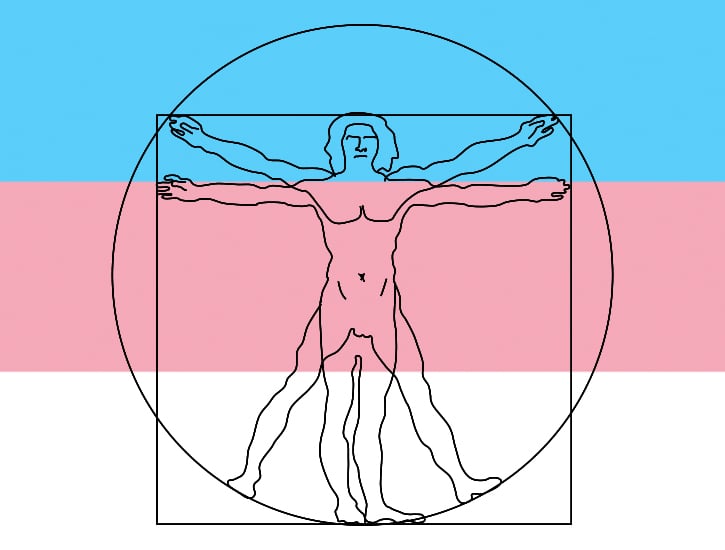