For most of us, the lives of the wealthy are inscrutable. Because the day-to-day reality is largely hidden, it’s hard not to imagine rich life as a montage of scenes from Lifestyles of the Rich and Famous and Keeping Up with the Kardashians—crosscut with a bit of illuminati conspiracy theory. This archetypal Life of Riley, in our unmonied heads, becomes a strange mixture of debauchery, aggressive lounging (in pelt-upholstered chairs), cannibalism, and malaise. We hear so much secondhand about Calabasas compounds and tax shelters and gilded toilets, that, when combined with our firsthand knowledge of their greed and disregard for the poor, the immediate impulse is to imagine the wealthy as a binary of social destruction and wellness.

But what if the realest luxury afforded by money is basic psychological security? The utter simplicity of this idea is just as unimaginable for most of us as the baubles and diamond-cream facials and private jet-setting we’ve come to associate with serious cash. Being absent in pop culture, the wealthy’s peace of mind is often obscured by their more spectacular acts of conspicuous consumption, or their low-level stressing on reality television. In the end, truffle-hunting pigs, who literally stick their noses in dirt, would seem to know more about the vicissitudes of wealth than the majority of Americans.

This is why it comes as a relief, comic relief, that Maria Bamford gets down to brass tacks. In season one of Lady Dynamite (2016), Bamford’s Netflix sitcom, the comedian concentrates class anxiety, and a lower-class cluelessness about the lives of the one percent, into a new sort of character—a version of Bamford herself, a struggling LA comedian and character actress trying to recover from a stint at an outpatient mental hospital. Before this mental and emotional breakdown, which climaxed while she filmed a TV commercial, Bamford (the character) had been working as the manic, shopping-obsessed spokeswoman of Checklist, a Target-like, union-busting chain of retail stores. This premise, like much of Lady Dynamite, is inspired by a real-life experience Bamford had in 2011, when she was riding high as the public face of Target. Fast forward to the show’s present, and Bamford is piecing her life back together.

“I had sex near Donald Trump once. Oh, is anyone relating?”

At one point, Bamford’s character channels all of her financial anxiety into a smooth-jazz persona she calls “Diane,” a la Cheers’ Diane Chambers on Valium, to impress Jack (Brandon Routh), a guy she meets at a party. As it happens, Jack only likes Bamford when she talks as Diane, and, ever the people-pleaser, she acquiesces. On one of their dates she performs stand-up at a coffee shop in-character as Diane. This is the joke: “Hi, I’m Diane Winterbottommonte Connecticut. You know what I hate about mountain skiing? It’s those double black diamond runs. They let anybody on there. It’s like, ‘What?’ I mean If you can’t do a mogul you can’t date one, and I should know. I had sex near Donald Trump once. Oh, is anyone relating?”

It’s like, what? The joke is not only hilarious because of its streaming randomness, but also because of the obviousness of its punchline. No, we can’t relate to having sex “near” Donald Trump. And neither can Bamford. Like that other notable TV Diane of recent years, from Twin Peaks, Bamford’s alter-ego is a personification of the show’s main themes—its latent consciousness. In Lady Dynamite’s case, the avatar embodies artifice, people-pleasing, and financial pressure. Diane is a compartmentalized version of Bamford’s stretched-thin self; she is able to access the idealizations and sicknesses that come with chasing the American Dream.

Bamford’s character on Lady Dynamite is always fretting about money. Once a member of Debtors Anonymous, she talks openly (and not pompously) about how much she makes with Checklist ($150,000 for the first advertising campaign) and voice acting for cartoons ($10,000 for a thirty-second voiceover). Her jealous friend suggests she buy a house with her earnings and then gets mad when she does, making Bamford feel isolated in the house—and in this particular phase of her success. Later, she tries to sell the property. At the open house, pressured by her aggressive real estate agent, Bamford pretends she’s uber-rich, telling potential buyers she’s moving to Buckingham Palace with her imaginary hedge fund manager husband, and that “Money’s not an object for me or an issue, you know, it’s like, just so much of it, except for folding it, you know.” On Lady Dynamite, a social fussiness about money—and sometimes an outright hostility towards it—compounds Bamford’s financial anxieties. It’s not just the endless striving for money that contributes to Bamford’s breakdown; it’s also the tension it brings to people’s shared lives.

With this in mind, Bamford repeatedly tries to balance her morals and her checkbook at the same time—to hilarious, disorienting effect. A show-within-a-show Bamford is hired to work for—called White Trash—becomes a litmus test for her ethics when she tries to recasts two black garbagemen (The Lucas Brothers) because she feels guilty about their roles. The gambit results in a reduced role for the men, who were originally the stars. Bamford’s character ultimately quits, which means no more paycheck. In this respect, you can’t help but wonder if White Trash’s title is a cipher for Bamford’s own anxiety—what happens when the money disappears? Still, Bamford doesn’t rely on psychological illness or financial anxiety to score easy political points. In showing the effects nonstop striving has on the psyche, she makes a connection that’s rarely shown in comedy.

Bamford is not the first or only comedian to make a point about financial stress on a sitcom. The Evans family on Good Times are perpetually trying to make it out of the projects. Carla Tortelli, the cash-strapped barmaid of Cheers, is famously broke and seemingly always with too many mouths to feed. There’s the 2 Broke Girls, with their money ledger updated at the end of every episode. And there is also the entirety of Roseanne. But Bamford has gone further by extending this conversation metafictionally—by courting the subject in her own life. And her decision to talk frankly about money and its ties to mental illness off-camera, beyond the distancing frame of fiction, is undeniably radical.

Money and mental illness, like religion and politics, are two things most of us are taught to avoid in polite conversation. Yet we’re living through a moment where money and politics (especially) are brazenly and inextricably linked on the world’s largest stage. And this, among other things, is contributing to a widespread uptick in anxiety.

A social media post by Louise Linton, the wife of Treasury Secretary Steven Mnuchin, went viral in August after an Instagram commenter complained about an image she shared to her account. Linton called the commenter out for criticizing the image—a composite of a government jet, her husband, and a caption that included hashtag namedrops for Hermes, Valentino, and Tom Ford, among other designers. Linton wrote: “You’re adorably out of touch. Thanks for the passive aggressive nasty comment. Your kids look very cute. Your life looks cute. I know you’re mad but deep down you’re really nice and so am I.” Linton’s use of “mad,” a pointed adjective that on the surface means annoyed in the casual way its deployed online nowadays, has another implication: it gaslights the woman for her understandable outrage about Linton and Mnuchin’s use of public funds for luxe living. Poking at what lies “deep down,” in a horrifyingly condescending tone—Linton highlighted the ways that we’re made to feel crazy for interrogating the impropriety of wealth.

But the situation is more complex: the rich don’t just name-drop Tom Ford or fuck “near” Donald Trump; they also buy six dollar bread and remove the price tag in order to deceive their maids. In “What the Rich Won’t Tell You,” a recent piece for the New York Times, an ultra-rich woman admits to doing just that—while simultaneously confessing to being part of a larger cadre of one percenters who obfuscate their wealth behind euphemisms and charitable behavior. These wealthy people are more likely to save their bag refunds at Whole Foods than to spend lavishly.

Which brings us back to Bamford, whose Diane asks, “Is anyone relating?” Again, that’s the gag: no one can. Entertainment’s obfuscation of wealth, and the psychological peace of mind of the rich, is compounded by the wealthy’s own attempts to hide their comfort. This is all part of the culture Lady Dynamite, and Bamford herself, helps to short-circuit.

In a Vogue interview about Lady Dynamite season two, which premieres November 10th, Bamford explained her recent openness about financial anxiety and literacy:

I’m just really interested in the emotional aspect of money . . . There was this fantasy: [o]nce you reach a certain state, it’s shameful to have a real job to take care of your basic needs. So I like talking about that. And also, when I had a mental breakdown, I was afraid that I wouldn’t be able to do comedy anymore, so I guess I just wanted to talk about that.

By frankly discussing her finances, Bamford’s actual life breaks a kind of fourth-wall in Hollywood and American culture.

This summer, too, Bamford’s University of Minnesota commencement speech went viral. She used the opportunity to talk about her negotiation process with the university: how much she was paid for the speech, and how much money she makes as a professional comic. Also, on Vulture’s Good One podcast, Bamford broke down her financial expenditures more granularly, explaining how much she has to make each month ($25,000) in order to pay her publicist, manager, agent, and herself a particular sum ($13,500 gross, $7,500 net). And in February, she opened up about how much she pays her opening acts (one-third of her net profit). In the same way that much of Lady Dynamite and Bamford’s stand-up is a metafictional take on Bamford’s real life— blurring reality in frequent breaks of the fourth wall—Bamford’s actual life breaks a kind of fourth wall in Hollywood and American culture at large, by frankly discussing her finances.

Bamford’s open dialogue about how much she earns from her work—and how much she pays those who work for her—flies in the face of a culture whose financial truths are shrouded in nondisclosure agreements, which prevent people from talking about financial truths at all. And her public accounting helps demystify Hollywood’s hush-hush climate of semi-ostentatious wealth and semi-conspicuous consumption. I still can’t relate, but it’s a start. 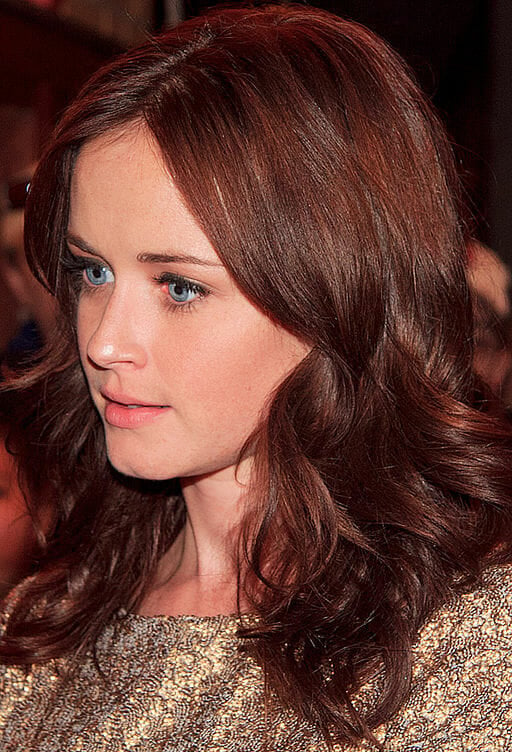 On Wealth and Women on TV
Word Factory 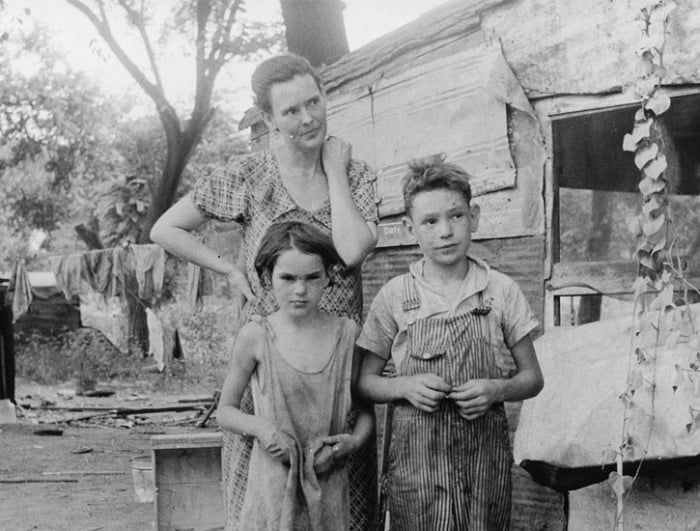 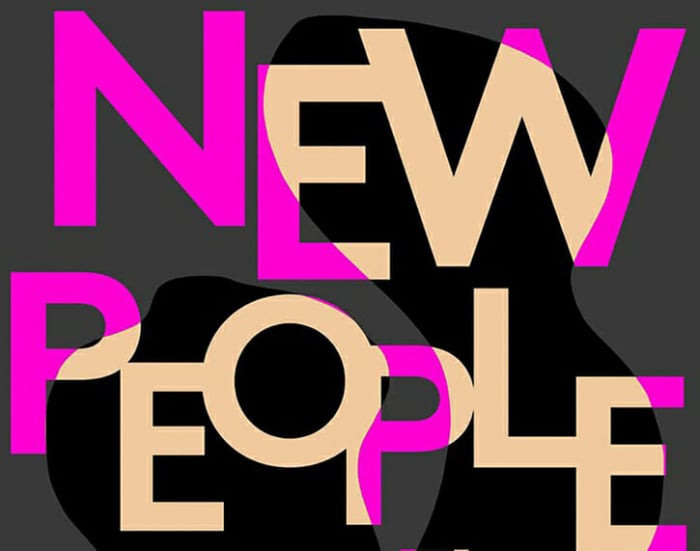