Speaking about postwar Germany in the 1960s, Hannah Arendt pronounced upon what she considered the “well-known fallacy of the concept of collective guilt.” Popular at the time among German young people in particular, “the cry ‘We are all guilty’ that at first hearing sounded so very noble and tempting has actually only served to exculpate to a considerable degree those who actually were guilty,” Arendt said. “Where all are guilty, nobody is.”

“It is only in a metaphorical sense,” Arendt went on to observe, “that we can say we feel guilty for the sins of our fathers or our people or mankind, in short, for deeds we have not done, although the course of events may well make us pay for them.”

Indeed, they well may. Witness, if you care to, the course of our rapidly unfolding and increasingly unstoppable climate catastrophe.

Perhaps some readers’ sense of moral probity will be offended by the suggestion that “we”—that is, humans, and American humans especially—are in fact not “all guilty” of creating the climate emergency. Of course, on some technical, infinitesimal, ultimately meaningless level, each of us shares some guilt—insofar as we do things in our daily lives, like commute to work or heat our homes or eat a sandwich, that result in greenhouse gas emissions. But as Arendt knew, draping oneself in pious collective self-judgement only leads to “a phony sentimentality in which all real issues are obscured.”

So it was immeasurably clarifying, an epiphany of sorts, when in 2015 a group of twenty-one young plaintiffs from around the United States—represented pro bono by attorneys with the nonprofit Our Children’s Trust and supported by top climate scientists, interfaith organizations, and legal experts—sued the federal government for its deliberate actions over the course of the past half-century, under every president and Congress since the Johnson administration, to promote and expand the national fossil-fuel energy system, thereby deepening and accelerating the climate crisis despite full knowledge of both the catastrophic consequences and of the existing alternatives at every step along the way, and thus violating the youth plaintiffs’ constitutional rights to “life, liberty, and property,” due process, and equal protection. As remedy, they asked the court to order the government to “cease their permitting, authorizing, and subsidizing of fossil fuels” and implement a “national plan so as to stabilize the climate system” for their generation and those to come.

As Arendt knew, draping oneself in pious collective self-judgement only leads to “a phony sentimentality in which all real issues are obscured.”

You can read all about this case, known as Juliana v. United States, in the new book They Knew: The U.S. Federal Government’s Fifty-Year Role in Causing the Climate Crisis, by environmental elder statesman James Gustave (“Gus”) Speth, whose expert witness report was central to the plaintiffs’ evidence. Gus Speth has lived and breathed the history and politics of the climate issue in this country for the entire half-century in question. He chaired the White House Council on Environmental Quality (CEQ) under President Carter—where he oversaw some of the earliest government reports on climate science and policy—and led the UN Development Programme in the ’90s. He also cofounded two major green groups, the Natural Resources Defense Council (NRDC) and World Resources Institute (WRI), and is a fellow at the Democracy Collaborative and Tellus Institute. The book (with more than seventy pages of notes and references and a website where the sources can be accessed online) is both a thoroughly documented history and a painstaking indictment of the U.S. government’s knowledge and actions in a decades-long, bipartisan alliance with the fossil-fuel industry. Lest we forget, even Barack Obama—he who promised to slow the oceans’ rise and signed the vaunted Paris Agreement—boasted of an “all-of-the-above” energy strategy that could have been written by the carbon lobby, vastly expanding U.S. oil and gas production and exports to historic levels. He knew the house was burning—that children, his own children, were inside—and he sprayed fuel on the flames.

In January 2020, a three-judge panel of the federal Ninth Circuit Court in Oregon found that the plaintiffs had presented “a substantial evidentiary record” to support their case, and that “the problem is approaching ‘the point of no return.’” But in a sharply divided decision, the two-judge majority found “The [children’s] impressive case for redress must be presented to the political branches of government . . . or to the electorate at large . . . through the ballot box.” In a blistering dissent, Judge Josephine L. Staton rained scorn upon the government and her fellow judges. “Seeking to quash this suit,” she wrote, “the government bluntly insists that it has the absolute and unreviewable power to destroy the Nation. My colleagues throw up their hands, concluding that this case presents nothing fit for the Judiciary.” And yet, she argued, citing legal precedent, the fundamental rights concerned in the plaintiffs’ suit “may not be submitted to vote; they depend on the outcome of no elections.”

“When the seas envelop our coastal cities, fires and droughts haunt our interiors, and storms ravage everything between,” Staton wrote, “those remaining will ask: Why did so many do so little?” And so much, she might have added, given the record of willfull deeds spelled out in Speth’s report.

Notice, too, that Judge Staton did not write “we,” but rather, “so many.” In other words, there is a guilty party here, and it is a specific set of people whose actions, more than any others, brought us to this catastrophic juncture.

The Juliana case remains unresolved as the plaintiffs negotiate a settlement.

It’s fair to ask: if Juliana never results in a court-ordered remedy or has any tangible effect on U.S. policy, what purpose will it have served? The short answer, perhaps obvious, is that historical facts matter, and Speth’s calm, fiercely meticulous presentation of the historical evidence, entered into the court record, matters in ways that can’t be calculated. There is also—and this is no small thing—the moral significance and satisfaction of having one’s day in court, even if it appears to change nothing.

And that last point suggests a longer answer: the case matters, most of all, precisely because it was brought by young people, supported by their elders, and because it speaks directly to questions of intergenerational justice—and ultimately, maybe, some kind of genuine accountability. At a moment when the often fraught generational dynamics of the climate movement, and progressive politics more broadly, have grown complicated, at times counterproductive, the Juliana case stands as an intergenerational effort, just as meaningful struggles for human rights always have. Juliana may never change the composition of the atmosphere by a single molecule, yet it matters on other levels—emotional, psychological, moral, spiritual, that is, human—that are essential to any authentic solidarity between generations.

We hear a lot these days about how it feels to be a young person staring at a grim planetary future—recent studies show the emotional and mental health effects of the climate crisis on young people and the disproportionate physical harm they will suffer. We hear about how it feels to be young and to agonize over whether to bring children into an unraveling world.

We hear a lot less these days about how it feels to be a parent or grandparent in the face of climate change. How it feels not to contemplate hypothetical future children, but rather, to love, and to fear for, and yes, to grieve for, actual living children or grandchildren of one’s own—or any child one loves and cares for (one needn’t be a parent to love a child). My kids are not hypothetical, they’re flesh-and-blood human beings, and I suffer climate anxiety, and worse, right along with them. It’s also the case that those of us who are middle-aged will likely live long enough to experience widespread climate catastrophe ourselves. And we’ll be in our doddering old age—not a comforting thought.

It used to be commonplace, even popular, to identify as a parent in the climate movement.  Not so much anymore. You’d be forgiven for thinking that climate activism is the sole province of the young, despite the fact that a great many of us who’ve helped build the grassroots climate movement over the past decade or two are parents and grandparents fighting for our kids. I suspect this cultural shift has something to do with the valorization—and fetishization—of youth, or the idea of youth, in climate journalism and within the movement itself: the sentimental and strategically lacking notion that “the children shall lead us.” (In fairness, I may have contributed my small share to this journalistic phenomenon years ago.) In this telling, the children, the innocents, are victims of a collective generational injustice so massive, so unprecedented—all of which is true—that it confers an unquestioned (and unquestioning) moral authority upon even the most privileged of youth, even as the global poor and marginalized, of all ages, suffer brutal impacts of climate catastrophe right now.

The kids have every right to rage, and I’ve raged alongside them, but let’s be clear about who’s actually guilty.

But that’s not all. As movement momentum and leadership has shifted in recent years, for better or worse, to the young (at least until they “age out,” i.e., grow up), a narrative has emerged, on social media and in a lot of climate writing, in which those of older generations, the parents and grandparents, are the “guilty” ones. Expected to play our role as written for us, we must accept our collective generational guilt, fall on our knees at the feet of the children, and beg them not to cast us into the outer darkness.

The often-cited anger of young climate activists toward elder generations is entirely understandable, but that doesn’t mean it’s justifiable, morally or otherwise. The kids have every right to rage, and I’ve raged alongside them, but let’s be clear about who’s actually guilty: the politicians and their corporate profit-seeking paymasters who lied to, misled, manipulated, conned, and betrayed the rest of us. In truth, we were always powerless to stop them—the oligarchs bought and paid for a political system to make sure of that.

“There is no such thing as collective guilt,” Arendt wrote. But there is, she allowed, still something like collective responsibility. “There is such a thing as responsibility for things one has not done; one can be held liable for them.”

This country’s climate “debt,” racked up by a government in the service of fossil capital, has long since come due, and the interest is compounding daily. Justly or not, we’re all on the hook for it—young and old, guilty and innocent.

Wen Stephenson is a journalist, essayist, and activist. He’s the author of What We’re Fighting for Now Is Each Other: Dispatches From the Front Lines of Climate Justice, and these days writes mostly for The Nation, The Baffler, and the Los Angeles Review of Books. You can sign up for his email updates here. 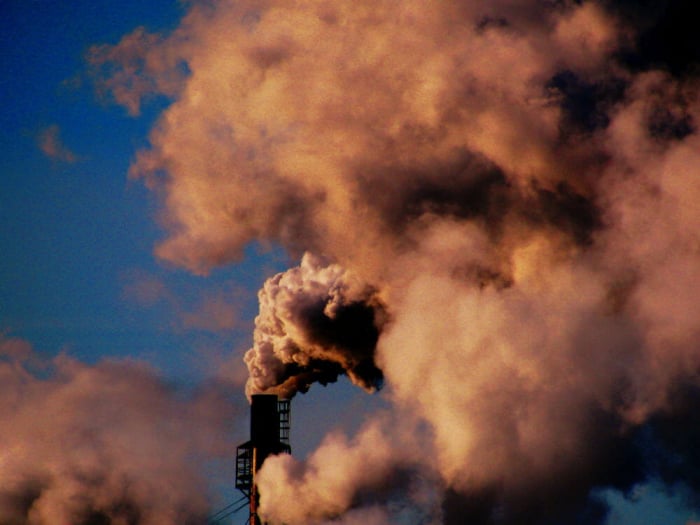 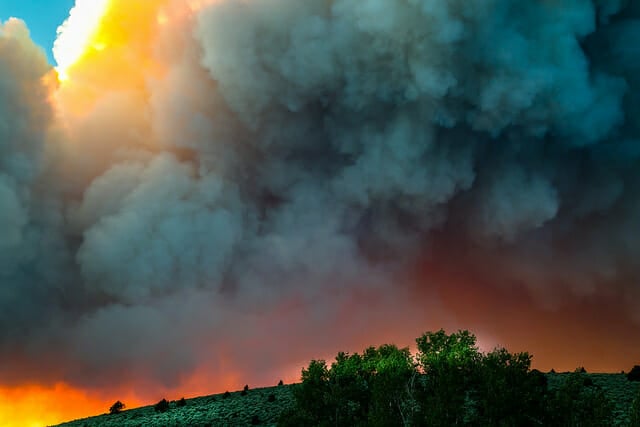 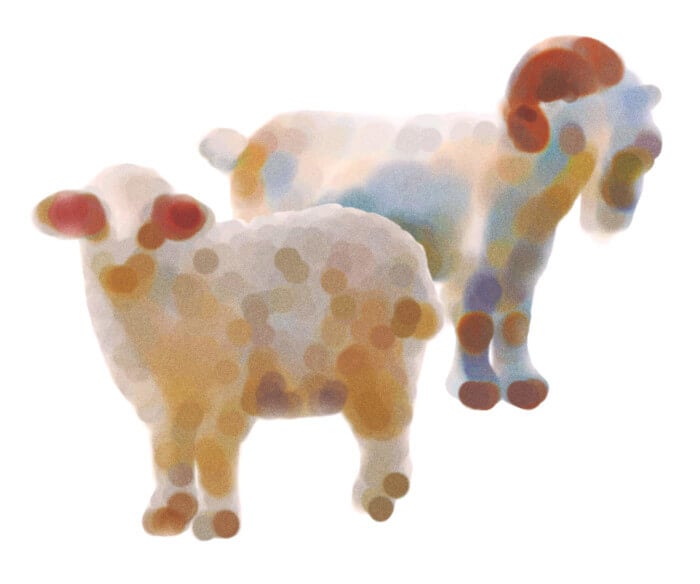 2 or 3 Things I Know About Him
Lisabeth During
Outbursts