The history of the modern Olympic Games is a history of our formative twentieth century. Founded in 1896 by the French aristocrat Pierre de Coubertin, these new Games would begin in Athens, their ancient birthplace, to mark a continuity from antiquity to modernity. They would occur every four years to promote peace and harmony across the world (unless interrupted by, say, a world war). And in doing so, they would constitute an international image: the ever-changing procession of faces, flags, and costumes that opens every Olympic Games is a tableau of contemporary geopolitics—as elastic and mutable as the lithosphere they rest upon.

A recent collection from the Criterion Collection, 100 Years of Olympic Films: 1912-2012, originally released as a box set in 2017 and newly available to stream, documents this history on film. It spans forty-one Olympic events and includes such notable editions as the Nazi Olympics of 1936 and the boycotted Moscow Olympics of 1980 (the USSR had done something unthinkable: invade Afghanistan). The collection represents the culmination of a twenty-year restoration project, begun in 1996 and funded by the International Olympic Committee (IOC), a vague but all-powerful institution that enjoys global tax exemptions and is largely shielded from financial accountability. Thanks to this partnership, much of the collection accepts the IOC’s official framing: that the Olympics are a mere sporting event, immune to politics and ideologies. (This is, in fact, a line repeated across the films by various commentators, clearly an essential piece of the Olympic script.)

This would be relatively uncontentious if the series only included the works of, say, Bud Greenspan, the IOC’s de facto propagandist who, tellingly, has ten films featured here. But this is not the case. Many names comprise the Olympic legacy, including such well-known directors as Claude Lelouch, Kon Ichikawa, and Carlos Saura. Then, of course, there is Leni Riefenstahl.

Much of the collection accepts the IOC’s official framing: that the Olympics are a mere sporting event, immune to politics and ideologies.

Riefenstahl’s two-part film Olympia is the collection’s awkward headliner. In their announcement, Criterion excitedly promotes the film’s 4K restoration and dubs it “perhaps the most influential sports film ever made.” Its director, that “controversial German filmmaker,” created an “athletic opus” both “lyrical” and “grandiose.” Without once mentioning the word “Nazi,” the blurb concludes: “Though financed by Germany’s Minister of Propaganda, the film remains a landmark achievement to be reckoned with.” Many people have reckoned with this film, and I have little interest in relitigating its value here. But its inclusion in this collection as just one of many sporting objects—an “athletic opus” indistinguishable from Kon Ichikawa’s Tokyo Olympiad or the multi-authored Visions of Eight—is troubling. It tacitly accepts the notion that Olympia, like the Olympics, is apolitical; that it is simply a film about sport.

This absurd claim is much more useful if we reverse it—if we say instead that Olympia, like the Olympics, is entirely political. Coubertin, who also founded the IOC and served as its second president, was both a French nationalist and a vocal supporter of the Nazi Olympics. There were many reasons he might have been sympathetic to the Nazi regime—he believed, for example, that “the superior race is fully entitled to deny the lower race certain privileges of civilized life”—but what Coubertin truly admired was Hitler’s fervent nationalism and the totalitarian means by which he produced it. He only hoped that France might one day achieve the same. “With great interest I am following the preparations of the XI Games,” Coubertin announced on German radio in 1935. “These preparations are based upon an excellent plan and are executed after an absolutely clear total idea.”

After the Games, when that “total idea” was subject to some criticism, Coubertin defended Hitler yet again: “The Games are perverted? The Olympic idea is sacrificed to propaganda? That is utterly untrue. The magnificent success of the Berlin Games served perfectly the idea of Olympics.”

In Coubertin’s mind, the purpose of the Olympics was to animate nationhood—the more totalizing the spectacle the better. One of the reasons Riefenstahl’s film is so successful in this regard is that it spends most of its time animating bodies, those warrior-avatars of the nations they represent. (Her film would begin a persistent trend in Olympic cinema: the face-to-flag dissolve.) Olympia is obsessed with the human form, though it is less obsessed with humanity. No athlete in the film ever speaks. Thomas Elsaesser, like Susan Sontag, identifies this as a central tenet of “fascist aesthetics,” which he describes as “an abiding tendency to abstract the human figure from its historical and social inscription” so as to treat it “as an empty sign or icon.” This abstraction allows for the human body to be absorbed into the political one—to be repurposed as a machine which represents the nation and its ideals. In the context of Nazism, Riefenstahl’s proclivity for only perfect bodies is much more sinister, representing a theory of biological supremacy that was already leading inexorably to the Holocaust.

Olympia might best represent Coubertin’s ideal Olympic spectacle, but it is by no means the only film in the collection that articulates these ideas: a majority of the works are state-funded propaganda. Yuri Ozerov’s O Sport, You Are Peace! seems explicitly tasked with rehabilitating the Soviet Union’s image in light of the 1980 boycotts. (He would later be awarded the State Prize of the USSR for his efforts.) Im Kwon-taek’s Hand in Hand shows a prosperous South Korea emerging from the Korean War, stark images of barbed-wire fences giving way to colorful new stadiums; its final scene is of a young child with a toy wheel, jogging into the sunset, an emblem of the country’s “fresh new start.” One of the few films that acts as an antithesis to Riefenstahl’s—rather than an outgrowth of it—is Kon Ichikawa’s Tokyo Olympiad, a film that received its own independent Criterion release in June, as if to recognize its distinction from the pack.

Early on in the film, on the second day of the 1964 Games it chronicles, something happens that would be inconceivable in Olympia: it rains. Ichikawa’s willingness to embrace the imperfect is what separates his film from any semblance of fascist aesthetics. Though it still contains some de rigueur nationalistic images—the first and final shots of the film are of a white sun set against a red sky (a color-inverted Japanese flag), and that iconic face-to-flag dissolve features even here—the film has little interest in promoting nationalism as such. The sequences where “nationhood” is most explicitly extended to “athlete” are all episodes of failure. Chad’s Ahmed Issa and Ranatunge Karunananda of Sri Lanka (then Ceylon) are both featured losing races, with Ichikawa’s focus on the moral victory of perseverance. Japanese officials were reportedly so displeased with the film that they demanded it be re-edited, its runtime cut in half.

At the heart of Tokyo Olympiad is the very thing missing from Olympia, and this becomes most clear in Ichikawa’s camera favoring faces over bodies. He asks us to consider the athlete’s interiority, the mental weight of their physical contest. “Before they start the race, the runners’ expressions become so tense that they almost look sad,” narrates Japanese broadcaster Ichiro Mikuni in voiceover. “I wonder how much of that look on their faces the spectator understands.” From this moment on, we are compelled to search the expressions of the athletes and spectators alike. One of the film’s most touching scenes is a few-second cutaway of a couple in the crowd, chatting beside the bleachers. We catch a glimpse of the woman’s face as she listens to her boyfriend, and she is so plainly in love it is impossible not to be affected by her expression. Moments like this—a barefooted spectator standing on tippy toes, a child covering his ears after cannon fire—give the film its human quality. It reveals something of Coubertin’s enduring vision for the Games that the Japanese Olympic Committee wanted them removed.

The Games have always been an implicit show of force, a fantasy league for global superpowers.

Tokyo Olympiad concludes on a reference to the Olympic Truce, or ekecheiria, another ancient Greek tradition, endorsed every four years by the United Nations but never observed in any meaningful way. (The theme of 2008 may well have been, “Don’t mention Tibet.”) Ichikawa splices together scenes of the 1964 closing ceremony, kept intact with their original sound and commentary: “The whole mass of humanity celebrates as one . . . this moment brings tears to our eyes and warms our heart.” With its Miss Universe-style approach to world peace, Olympic messaging has a habit of becoming confused in these moments. The phrase “All barriers of nationality and race have vanished” is a useful one if you plan on annexing some land, but this pan-humanist branding, so loved by Official Olympic Sponsor Coca-Cola, does little to reinforce the true Olympic ideal of clearly defined nationhood. (It is also doubly ironic when spoken in a film where Germany is still riven into East and West and South Africa is banned for preferring apartheid to the pole vault.)

The Olympics have far more to do with war than they do peace. Most of the official sports are founded in the logic of battle: archery, fencing, javelin, the myriad shooting contests—even the sillier events like equestrian and high jump were conceived as a means of getting soldiers from A to B (to more easily murder C). This is most obvious in Olympia, where shooting targets are human-shaped, and horse-riders wear military garb. It reads today more like a dress rehearsal than a sporting event.

The Games have always been an implicit show of force, a fantasy league for global superpowers. Medal tallies will tell you who rules the world. In 1936, Germany led; the USSR dominated the 1970s; and since the 2000s, China and the United States have jostled for pole position. Now in 2020, half a century on from Ichikawa’s film, Tokyo is due to host the Olympics yet again. They have been postponed, of course, but in lieu of any sporting rivalries there is a new competition afoot. A race to the bottom, it has its own tallies, updated daily, weighing different countries against one another; its highlights feature regularly in the news. Nations, each with their own rigid borders, economic systems, cultures, races, and identities, are once again central to the discourse. Patriots will be proud to learn that America is in the lead.

James Wham is a writer based in London. His work has appeared in Film Comment, Reverse Shot, and the New Left Review. 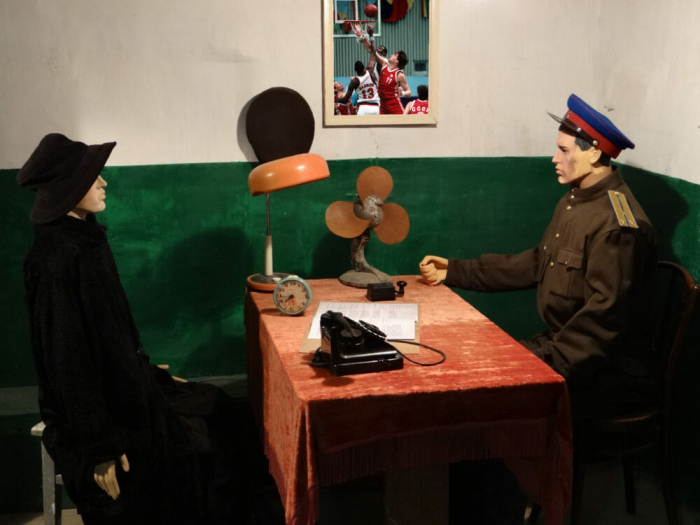 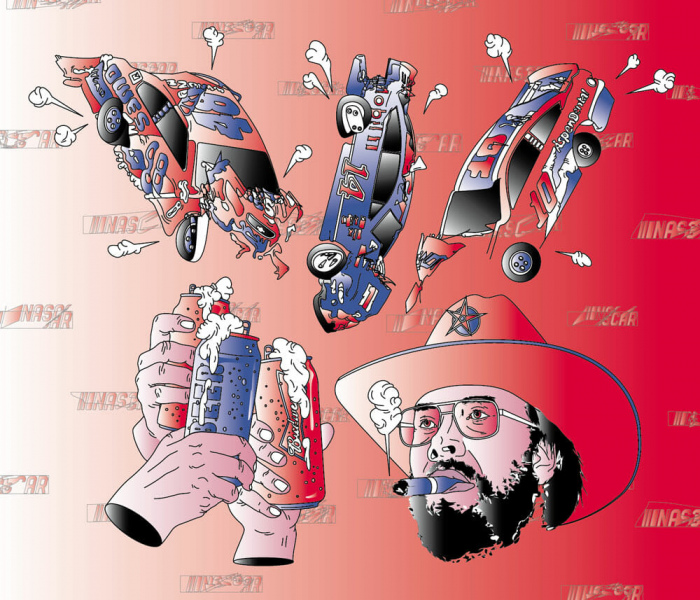 Checkers and Wreckers at the Daytona 500
Bryan Armen Graham
Outbursts 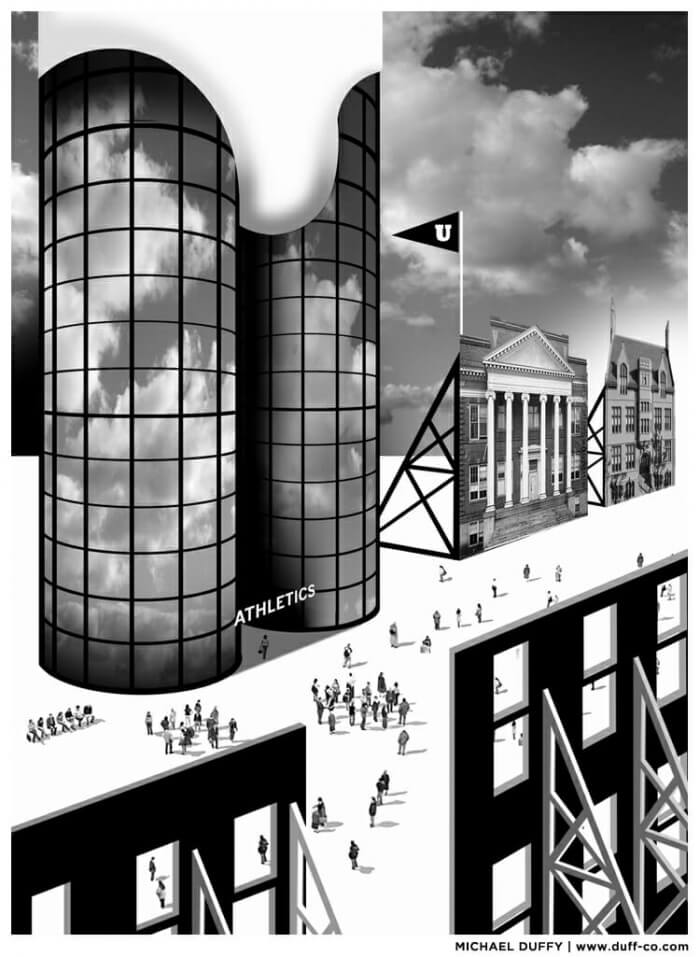