Staring down $13 billion in losses after a series of reckless and ill-advised bets on floundering start-ups, billionaire Softbank CEO Masayoshi Son—anticipating forty stripes may be given him in a private earnings call but determined to bear the sins of his fellow parasites so that through his wounds they may be healed—argued that Jesus Christ was also criticized and misunderstood. Son went on to speak of the coming resurrection, wherein the bank’s Vision Fund, much like our Lord and Savior, would rise up to face “the biggest challenges and risks facing humanity today,” which is to say, taking a page from the bible, that they will inject “freedom-level capital” into fledgling companies with grand visions of further monetizing the data produced by humans scrolling endlessly into the void.

In our ongoing quest to engender empathy for extremely rich people and their imperiled assets, we present the case of poor John Hargreaves (estimated net worth $669,900,000) who, led into temptation by nefarious tax advisors, is now suing those same “trusted” advisors for giving him what turned out to be shitty advice for avoiding taxes. They said moving to Monaco at the dawn of the millennium would help him skirt capital gains and income taxes when he jettisoned hundreds of millions of dollars worth of shares of the company he founded (they very same company now receiving tens of millions in taxpayer subsidies during the pandemic)! That’s what they said! Instead, the poor man wound up entangled in a lengthy battle that continues to this very day!

Edvard Munch’s beloved portrait of human agony and alienation, “The Scream,” much like society writ large, has been steadily deteriorating under the onslaught of human breath.

Remotely Working into the Void

The dead-eyed automaton that heads up the international cesspool known as Facebook, being a “flexible” “man” with a “heart,” has announced that he will allow some employees to permanently work remotely, enabling them to move wherever their wanderlust guides them. Of course, that will necessitate their wages be cut to reflect the cheaper costs of living in other cities. Flexibility, it turns out, can be a wildly useful tool for curbing worker compensation in the long term!

Perhaps some Facebook employees might consider putting down roots in Tulsa, Oklahoma, which has exposed for all to see their slavering desire to be invaded by a tax-averse tech company and its devotees. In hopes of wooing Tesla to their quaint city of four hundred thousand, the mayor has promised to outfit the local police department with the company’s armored trucks that don’t work. In yet another sign of their eagerness to prostrate themselves before the worker-abusing and mentally unstable Elon Musk, the city painted an existing statue (the sixth tallest in the continental United States!) to look like the billionaire manbaby. The resemblance is uncanny.

Get ‘Em Out by Friday

Meanwhile, Oklahoma City police have announced that, due to the apparent conclusion of the coronavirus pandemic, they will recommence “respectful” evictions next week. This is not something the police want to do, the sheriff’s office assures, but they must fulfill their duty to protect private property, regardless of the death toll. It’s the law!

The Face Mask of Death

For those who are anxious to paw an undercooked quesadilla burger in the lifeless but temperate environs of their local Applebees but concerned about the risk of infection, may we present an exciting new invention: a face mask that, with the touch of a button, defeats the purpose for its existence by opening up to allow for the insertion of food into your gaping maw. The company behind the death-enabling device indicates the low-end models will run anywhere from one to three dollars, while the higher end models (featuring an optical sensor that can tell when that honker of a burger approaches one’s mouth) will be pricier. 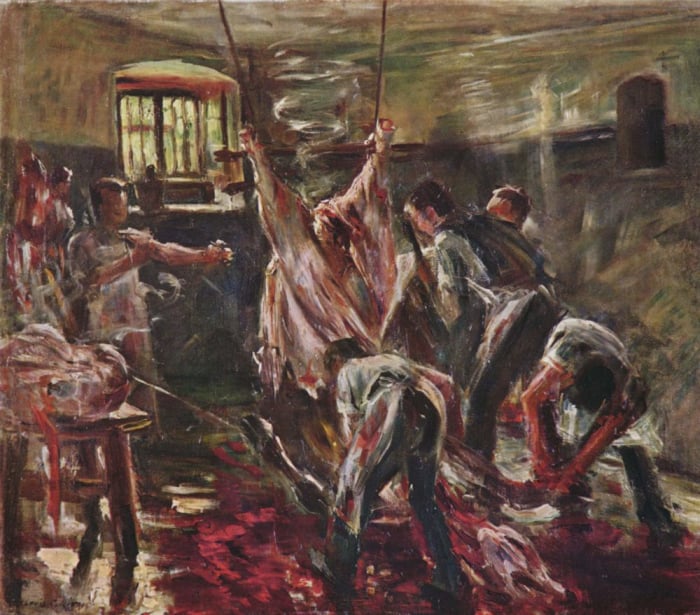