Well, it’s finally happened: Russian president Vladimir Putin, a keen observer of the West’s expeditious decline, has gone and pulped the post-Cold War consensus by invading Ukraine, a sovereign nation that, in Putin’s telling, doesn’t really even exist. As soldiers roll into the capital of Kyiv, citizens have been encouraged to prepare homemade molotov cocktails as a last ditch defense. And while, to many, the invasion marks an inarguably bleak turning point in history, let us recall, as Ian Morris wrote in the Washington Post a month after Russia annexed the Crimean Peninsula in 2014, that “war has not only made us safer, but richer, too.” It’s important, in these moments of profound unease, to “take the long view.” But even in the short-term, let’s raise a glass to Lockheed Martin, Raytheon, and Northrop Gruman: their stock prices have been on a delightful upward swing since Russia started launching missiles by the bushel. If you’re looking for other investment opportunities as the “rules-based international order” is revealed as the sham it’s always been, here are ten oil stocks and seven defense stocks Yahoo thinks you should buy.

A Token for Their Suffering

Bolstering one’s stock portfolio in times of international crisis is usually a discreet, if not quite tasteful, way to eke out a reasonable return on human suffering. Advertising the sale of a NFT video of “migrants drifting on an overcrowded boat in the Mediterranean,” as the Associated Press did on Thursday, is decidedly not. The AP quickly realized it was a “poor choice” to hawk such a token at a time when 165 migrants have already disappeared in the Mediterranean this year and millions of Ukrainians could soon be forced to flee their homes; within hours of announcing the sale, they canceled it. Maybe the AP can take a swing at NFTs again soon, perhaps with a photo of something more appropriate, like the “legitimate political discourse” that was the attempted coup at the U.S. Capitol last January.

To Texas now, where Governor Greg Abbott took advantage of an otherwise distracted news media to declare his own war—against trans kids. On Tuesday, the governor announced the state would henceforth consider medical treatments provided to transgender adolescents, uniformly considered the standard of care in medicine, “child abuse” under state law. Licensed professionals—including doctors, nurses, and teachers—as well as everyday citizens who fail to report such “abuse” may now be subject to criminal penalties. This marks not a shift but the culmination of a years-long effort by conservative states to pass off state-sanctioned violence as “in the best interest” of children. Absent aggressive action from the federal government, other Republican governors will take Abbott’s lead. But yaaass, let’s “rewatch Euphoria’s chaotic, homoerotic dance routine from Lexi’s play,” says Out magazine.

Blanket on the Ground

Elsewhere in the great state of Texas, reporter Keri Blakinger, who followed one inmate’s decade-long attempt to get a cotton blanket after repeatedly telling officials he was severely allergic to the standard-issue bedding, has revealed the state spent more than $20,000 fighting the inmate in court rather than just give him a fucking cotton blanket.

Across the border in Oklahoma, a Democratic candidate for the U.S. House of Representatives was regrettably driven to apologize after it came to light she spent the long holiday weekend as many vastly overworked and under-appreciated American mothers undoubtedly did: she downed one too many glasses of Chablis at a sleepover, took a sleeping pill, “hallucinated,” berated some teenage girls, and threw up in a hamper.

And finally, as if the American people needed another reminder of history’s arc bending toward the shitter, Discovery+ has announced it will air a limited-series sequel to the 2012 documentary Queen of Versailles, in which timeshare moguls Jackie and David Siegel renew their efforts to finish construction on their Florida dream home. A project begun over twenty years ago but put on hold when the financial crisis put the squeeze on the couple’s various grifts, this tasteless monument to rapacious greed will, at ninety-thousand square-feet, be the largest house in the United States and include five kitchens, a thirty-five-car garage, a dining room for over one hundred, a ballroom, and a British-style pub. If you’d like to follow along on the Celebrity Wife Swap alum’s journey to distract you from the fact that, on any given night, more than half a million Americans, including many children, are unhoused, The Queen of Versailles Reigns Again premieres on March 30. 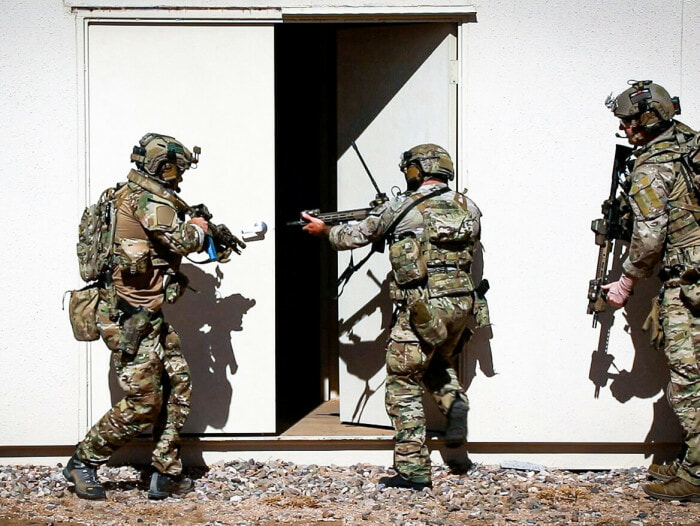