From the folks who brought you Juicero.

After unsuccessfully trying to foist a $400 juice-pouch-squeezing machine on the masses, Silicon Valley luminary Doug Evans took some time to ponder the Next Big Thing. He found it in water—raw, unfiltered, untreated, unsterilized water, to be exact. You know, the kind of water that often leads to fun diseases like cholera and that people are usually only forced to imbibe when they have nothing else to drink. Evans is a bit behind the curve on bringing this to market; this latest effort to gentrify poverty has been a big thing in California for awhile.

Corporations are people, and people have dreams, damn it.

Gee, they sure are thinking outside the box in Nebraska. Senator Paul Schumacher just proposed an awe-inspiring constitutional amendment that would essentially grant sovereignty to corporations operating out of a designated portion of Nebraska. We inch ever close to realizing the corporate wet dream candy kingdom reigned over by the Starbucks siren and puppeted by Jeff Bezos!

“I think this definitely marks a moment in YouTube history because I’m pretty sure this has never hopefully happened to anyone on YouTube ever.”

Among the frightening roster of YouTube celebrities, Logan Paul has always stood out as one of the most pungently abhorrent, vlogging incessantly for his 15 million-strong “Logang” about, among other things, visits to ENT specialists, making the world’s largest pumpkin spice latte, and blowing $12,000 on hyper-trendy clothes. He’s also a “musician” who “raps” about riding “yo girl wit no handlebars.” This week, though, he brought the clickbaity-craziest-thing-ever trajectory to its logical extreme by vlogging about the discover of the body of someone who’d recently committed suicide in Japan’s Aokigahara, known as the “suicide forest.” In a subsequent moment of deep empathy and reflection, Paul takes a chug of sake,  “I’m already getting flagged for demonetization, bro, fuck it.”

At home with Alexa.

While Amazon has since claimed otherwise, rumors abound that all the idiots who invited Alexa into their homes to gorge on their data may soon be subjected to advertisements. Ask Alexa how to clean up a spilled glass of wine and it may soon suggest Clorox. For hangovers? Tylenol. For mapping the collapse of the capitalist order? Try a subscription to The Baffler.

“We are separatists from our own bodies.”

Andrea Long Chu’s spacious and intoxicating essay in the latest n+1 on queer desire and the transgender body is the best damn thing we’ve read all week. Honey, is it a necessary breath of fresh air. 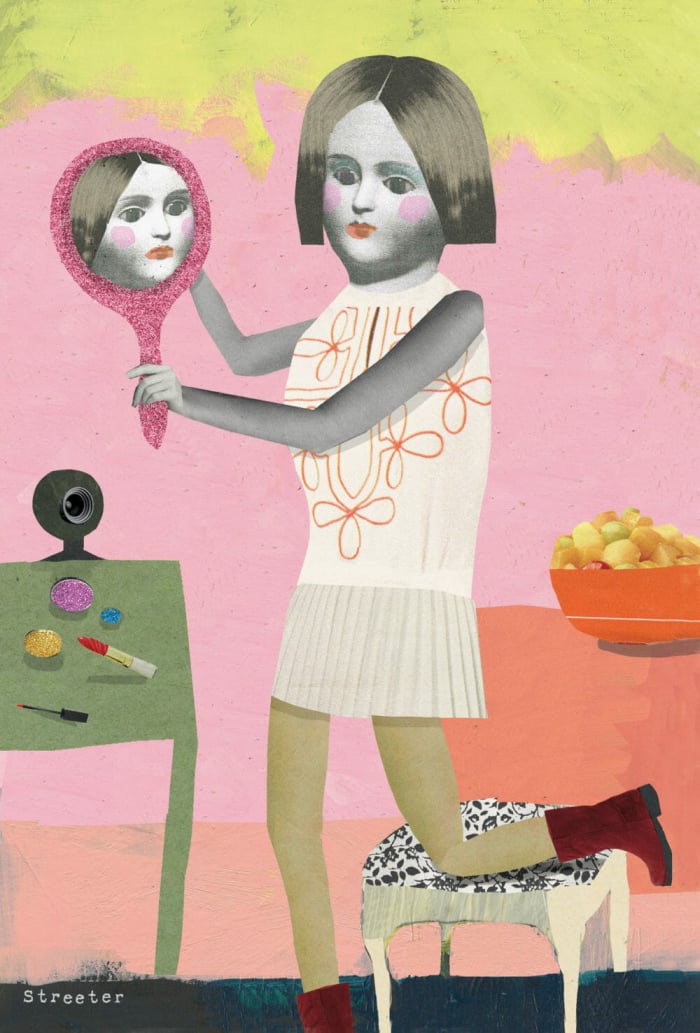