Brands have broken through another frontier: they are relatable now. When you talk to them, they tweet back at you, and what’s more, they’re up on (and ruining) the latest memes. If ever there was an argument that irony culture won’t save us, it surely lies in Denny’s absurdist, morose Twitter feed, which recently composed a “haiku” that reads, “like neglected bread / forgotten in the toaster / the heart can be burnt.”

Or, perhaps, evidence can be found in the new marketing oeuvre of Kentucky Fried Chicken.

KFC’s iconic Colonel has long been repurposed into a knowingly unsettling figure who seems to hail from the Uncanny Valley rather than a sanitized antebellum South, and the fast-food chain’s comedian-studded commercials bespeak an edgy creepiness clearly designed to appeal to the ironies of Millennial humor. Now that’s all gone virtual.

As part of a big media to-do this past week, KFC enticed the press into trying its new virtual reality training simulator, entitled “The Hard Way.” The game uses the Oculus Rift system to create the impression of being trapped in an escape room with the disembodied voice of Colonel Sanders. You can’t leave until you learn how to cook chicken the KFC way. Like so much of the meme-loving fuckery that corporations have recently gotten addicted to, this is entirely about selling something intangible to you: a feeling, a mood, the sense that the Brand “gets it” and is a human, just like you.

They’re cool because they get how weird it is that their mascot is a long-dead white man in a white suit.

That its tone, from the eerie sound effects to the unsettling remixes of the Colonel’s unblinking smile, is so in line with the television commercials isn’t a coincidence: this training exercise is part of KFC’s new brand. With a wink and a nod, they’re cool because they get how weird it is that their mascot is a long-dead white man in a white suit; they’re down with us, they know we know it’s all a bit dodgy. And so on, and so on.

But all that nonsense is merely cause to roll one’s eyes and move on. What’s truly worrying is how this has been sold to the press as a “training simulation.” The game’s trailer, available on YouTube, ends with a splash of “EMPLOYEES ONLY,” after all. The Hard Way was presented to the press gaggle as an innovation in workplace training. But as Engadget’s report on the matter makes clear, with Oculus Rift headsets costing $500 a pop, it’s not the most scaleable idea in KFC’s universe of franchised restaurants—for the moment. But this is a gimmicky trial balloon that should nevertheless get us all thinking critically about how new technologies will be used in corporate environments, and it provides clues about how they might even be used to circumvent hard-won workplace regulations.

KFC’s creepily tech-savvy publicity stunt is but a hint of things to come in the exciting world of late capitalism’s cyberpunk dystopia.

Virtual reality is the apotheosis of that great contradiction at the heart of networked technology: like KFC’s ironic pose, it’s real when that’s a selling point, unreal when that presents problems. Virtual reality is “just like the real thing” when it helps to move product, but “it’s just a game” when there are unpleasant side effects to its verisimilitude—as we saw with the reaction to a woman being sexually assaulted in a popular virtual reality game. This two-step has long been at the heart of Silicon Valley: sell the thing using pretensions to reality, deny any responsibility by saying it’s not real. Here, of course, lies the heart of discourse around online harassment and abuse, as well. Real when convenient, unreal when not.

That same two-step also shapes how companies like Uber or Deliveroo approach labor rights: sell a product whose appeal lies in the full-time commitment of the workers producing it, deny that they’re anything more that “contractors” when trouble comes knocking; Uber doesn’t run a taxi network, it merely administers an app. But as virtual reality moves into the workplace, potentially as a “training” tool, it’s a productive question for unions and worker’s rights organisations to ask: Will companies abuse their employees using these tools, and will they use this same denial of reality to disclaim responsibility for them?

The experience of the tech journalists, who could leave anytime they wished, will surely be qualitatively different from fry cooks who can’t.

Consider the basic conceit of the KFC game. You’re in a locked room and can’t escape unless you learn to cook chicken according to corporate spec. A company couldn’t do this in physical reality without courting fines, lawsuits, and scandal, but when they dress it up as a game, it suddenly becomes cutting-edge and “fun.” But the mediating interface of a game does not make “simulated” abusive behavior any less abusive—and the experience of the tech journalists, who could leave anytime they wished, will surely be qualitatively different from fry cooks who can’t. Even Vice’s Waypoint, which dubbed the game “deliciously strange” and “delightfully witty,” had to admit that “the detail of having the player ringed by security cameras is a little too familiar to anyone who has worked a service job.”

At the moment, it’s a cute, ironically unsettling game that’s totally On Brand™, but how long until this technology is repurposed in such a way that it allows a corporation to get really invasive with its employees, and circumvent the threadbare regulations that protect them?

As of now, there are no OSHA regulations regarding the use of virtual reality in the workplace. Even as all signs point to the fact that virtual reality is real, everything is still a Wild West, so far as both the gaming industry and its clients are concerned. There are no codified ethical standards for the use of virtual reality or its twin augmented reality, which uses an interface like Google Glass or a mobile device to superimpose images onto the physical world. At the moment, it’s entirely legal to compel employees to take trainings—and as we know, it’s long been permissible for corporations like Target and Wal-Mart to routinely force their employees to watch anti-union propaganda. It’s not a dramatic leap to imagine them ordering their employees to wear an Oculus  headset and endure a terrorizing simulation that keeps them isolated and “in line.”

Simulating terror for fast-food employees serves only the interests of a class of corporate overseers.

An objection to this argument might be raised: pilots have been training in a rudimentary version of virtual reality for years, why is this not a problem? Well, one has to think about what a flight simulator is really for, for one thing. It’s meant to drill the pilot with such rigor that they all-but-automatically perform certain tasks, even under extraordinary pressure. Developed for training in the First World War, it’s meant to make certain procedures or maneuvers second nature to them. The point of a simulator is to give the pilot a controlled environment that, nevertheless, perfectly replicates the real thing. This disorientation training allows them to practise responding to an emergency, a scenario where up is down and everything is screaming alarms and flashing lights. Precisely through the simulated trauma and horror, a pilot can learn to react calmly in an actual emergency. But this depends on the simulation’s ability to meaningfully recreate that moment of abject fright.

Thus, yes, a simulated environment can create terror. But while this experience is necessary for a pilot, who must be able to respond in such a situation, it is not necessary for the majority of service workers who could, nevertheless, be terrorized by the creative simulations of their capricious bosses. The terror simulation of an airline pilot works to the good of all involved; simulating terror for fast-food employees serves only the interests of a class of corporate overseers.

More than ever, organised labor can’t afford to fight the last war. The digital frontier is rapidly approaching and we must be ready for the way in which corporations will, inevitably, use emergent technologies to find new and creative ways of limiting workers’ rights. While the current news cycle finds KFC’s quirky virtual reality game to be a bit of a relief from our deeply trying age, there’s reason to see it as a harbinger of something both real and worse. 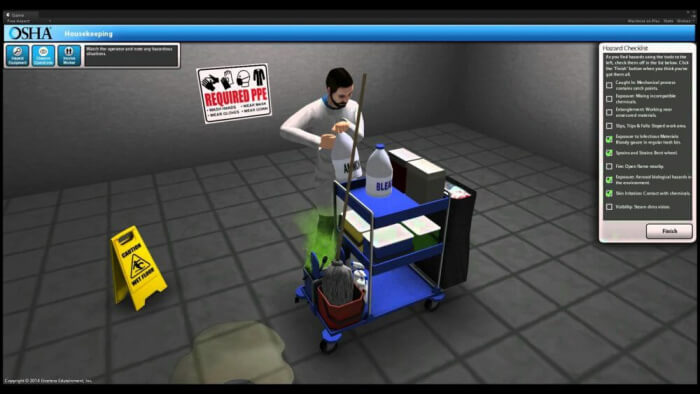 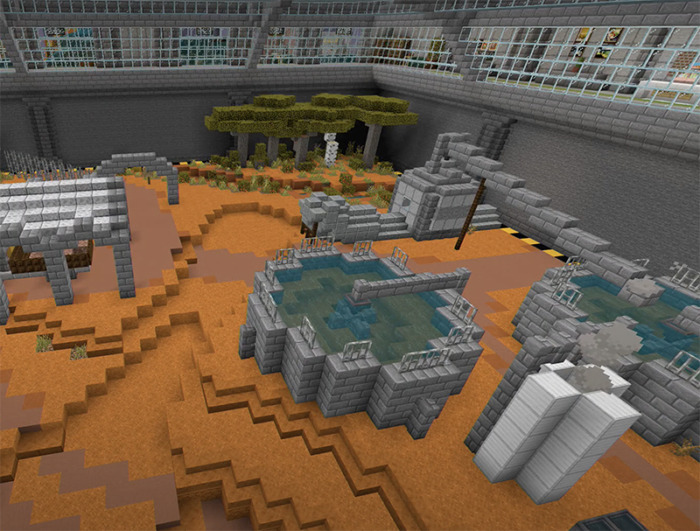 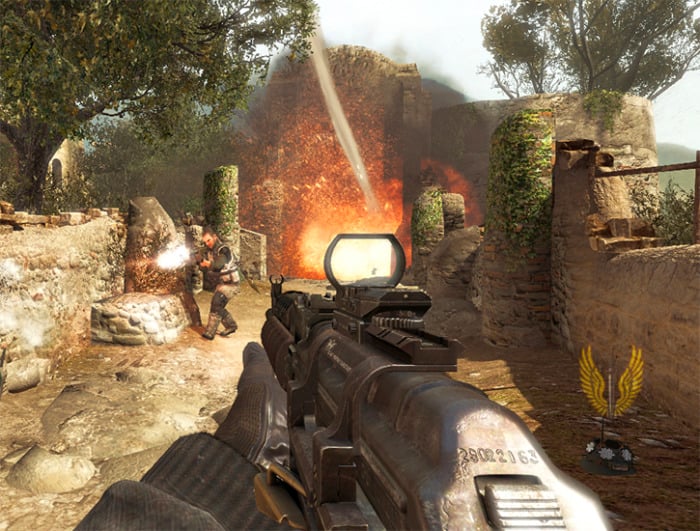