In his 2004 “Art of Fiction” interview with The Paris Review, the novelist Haruki Murakami makes plain his ideas about sex and women in his own work. “If the sex is good,” he assures the reader, “your injury will be healed, your imagination will be invigorated . . . In that sense, in my stories, women are mediums—harbingers of the coming world. That’s why they always come to my protagonist; he doesn’t go to them.”

After last month’s publication of Murakami’s short story collection Men Without Women—its title lifted from Hemingway, no less—perhaps it is time to admit that Murakami’s fiction has always been devoid of women. Those that do appear are presented as vanishing vessels of male futurity; or else, as in the case of novels like Sputnik Sweetheart and The Wind-Up Bird Chronicle, they go missing—physically missing. For his fans, the vanishing woman routine has become one of Murakami’s quirky and oft-repeated tropes, alongside his cache of alternate universes, dried-up wells, Beatles singles, and mysterious phone calls.

Can Murakami let go of the succubi that propel his flimsy narratives? The spirit is willing; the fiction is weak.

Still, the title Men Without Women suggests an experiment in what might happen if even these women-as-vessels were removed from the equation. At first blush, little changes: the men are just the same as before, only they’re a little older, having worse sex. The book’s seven stories are populated by consumerist loners who wear “Ray-Ban sunglasses,” drive “yellow Saab 900” convertibles, and are too obsessed with their failures to make authentic connections with the people who have drifted out of their lives. They watch Woody Allen movies and discuss J.D. Salinger novels. Things are a bit more subdued than usual, as Murakami’s unstated experiment is to expose his protagonists’ innermost depths without the use of parallel worlds or fantastical elements. But can he really let go of the succubi that propel his flimsy narratives? The spirit is willing; the fiction is weak.

One story centers on a man named Habara who has been stationed in a remote town north of Tokyo for unknown purposes. Every few days he is visited by his “support liaison,” an unnamed woman he dubs Scheherazade because of her fondness for post-coital storytelling. In addition to the rather contractual sex she offers him—“performing each act as if completing an assignment”—her screwball charm provides Habara with his only connection to the world at large, the textbook duty of a Murakami medium. Though Scheherazade has the power to leave reality behind, vividly rendering her existence as “a lamprey eel in a former life,” her imaginative capabilities are presented as a lesson to Habara, a gift she’s made to bequeath rather than possess for herself.

In “An Independent Organ,” a writer outlines the tragic demise of an old gym buddy, a successful plastic surgeon named Dr. Tokai. The good doctor is, as it happens, a serial womanizer. He is also a man who has his personal secretary track his girlfriends’ menstrual cycles. It doesn’t take long for Dr. Tokai’s infidelities to get the better of him, lost as he is in a haze of whiskey bars, jazz clubs, and expensive restaurants. And though it first appears that Murakami aims to distance his narrator from this ladykiller, he later has him note, “[W]omen are all born with a special independent organ that allows them to lie . . . at a certain point all women tell lies, and they lie about important things.”

“Who in the world am I?” Dr. Tokai bellows, his insatiable appetite for women—those sex-mediums who invariably tell lies—no longer enough to sustain him. After reading a good deal of Murakami, we can begin to understand Tokai’s feeling of betrayal—the women are always vanishing!

Several Japanese writers, including his female contemporary Banana Yoshimoto, have commented on the strange use of female characters in Murakami’s fiction, but this necessary conversation seems to be absent in other languages. And while some consider him a perennial frontrunner for the Nobel Prize, Murakami would be the first Laureate to have also been nominated for Literary Review’s Bad Sex in Fiction Award, an honor bestowed upon his last two novels. “I know you’re thinking my breasts are small,” remarks Aomame, the tenacious yet paper-thin heroine of 1Q84. “You came through with a good-sized cock and all you get in return is these puny things.”

For Murakami, sex is a last-ditch attempt for human connection in the materialistic and hollow postwar society that his fiction depicts. He is obsessed with humanity’s loss of its mythological and idealistic qualities in the aftermath of the world wars, and with the pervasive vacuity of a Japan buoyed solely by its economic recovery in the wake of that destruction. But instead of providing a critique of that vacuity, Murakami merely offers us another meager helping of it, mostly by emulating, in his prose, the “superflat,” zero-dimension individualism made famous by the art of Takashi Murakami. For his part, the novelist Murakami’s isolated and almost comically existential male protagonists, like Toru Watanabe from The Wind-Up Bird Chronicle, begin their quests by breaking out of the mechanical conformity of the workplace, rejecting group culture for an individuality that, while being no more freeing, is at least theirs to some degree. Yet unlike the nearly forgotten world of Zen Buddhism, where nothing is everything because enlightenment occurs in nothingness, Murakami’s characters occupy a realm where nothingness is empty. Anything is technically possible in this liminal landscape—hence the frequent double-doses of surrealism.

There’s just one problem: the sex, or at least the writing devoted to it, dutifully reproduces the meaninglessness of this world; despite his positioning of women as agents of an “invigorated” and “healed” future, they’re presented more as status-quo machines. (“You listen as the blank within her is filled,” the fifteen-year-old protagonist of Kafka On the Shore thinks to himself during intercourse with an older, emotionally absent woman who may be his mother.) We’re not, in other words, in a novel by Michel Houellebecq, who—whatever you might think of his work—modulates his sex scenes with essayistic passages on sexual tourism and capitalist aporia. At his most successful, Houellebecq depicts an era when spiritual anguish has been automated by capitalism; at his own best, Murakami’s prose itself seems to have been automated—programmed with the art-lite idiosyncrasies demanded by the literary marketplace.

Murakami’s fans and critical admirers cycle through a well-established checklist when evaluating the author, as if they too feel a need to cater to reader expectations.

Meanwhile, Murakami’s fans and critical admirers cycle through a well-established checklist when evaluating the author, as if they too feel a need to cater to reader expectations. It is something of a prerequisite to remark on Murakami’s immense global popularity, as well as to point out his outsider status in the Japanese literary world, before embarking on a discussion of his actual prose. Because of his numerous references to Western culture and iconography—and his having been translated into fifty languages—Murakami is often cast as a global writer as much as a Japanese one. All of this is by design: his fiction is set in Tokyo, but aside from the mention of neighborhoods, street names, and subway lines, the landscape is left intentionally unembellished, a postmodern no-place. In the story A Slow Boat to China we witness “the dirty facades, the nameless crowds, the unremitting noise, the packed rush-hour trains, the gray skies, the billboards on every square centimeter of square space . . . An infinity, and at the same time, zero.” All told, the global exchange at the heart of Murakami’s work gives readers in Japan and the rest of the world a simultaneous feeling of familiarity and estrangement, theoretically allowing them to assess their own cultures from an outside perspective.

But while he is self-styled as an “ugly duckling” amidst his homeland’s literati, Murakami’s omission of rounded female characters situates him well within the traditions of the Japanese canon. As Pico Iyer points out in a recent essay on Junichiro Tanizaki in The New York Review of Books, the male gaze has “long been the dominant point of view in Japanese literature.” Murakami has simply given this standard a postmodern facelift, filtering it through his own gently buyable weirdness.

And buyability would be the point. In 1991, when Masao Miyoshi famously condemned Murakami’s presentation of “an exotic Japan” and his concern with what the “foreign buyers like to see in it,” the elder critic pinpointed the jarringly commodified aspect of the emerging novelist’s work. Miyoshi has also disparaged Murakami’s anorexic language as well as his intermittent inclinations towards robotic dialogue, careless repetition, and inelegant sentence structure. But all this seems to have been dismissed as typical highbrow literary snobbery.

In any case, Murakami’s shortcomings in Men Without Women are easily explained by the simple fact that he has trapped himself between an unchecked acceptance of neoliberal commercialism and the male-centric traditionalism of the canon he has allegedly distanced himself from. These capitulations bracket his oeuvre, and they go a long way toward explaining the element of his writing most commonly skirted by critics: his disposable portraits of women made disposable. What do Men Without Women do, you ask? They write the fiction of Haruki Murakami.

Will Harrison writes about literature and the visual arts. His work has appeared in Bomb, Frieze, The Hudson Review, and elsewhere.

All I Have Are Negative Thoughts
Andrew Marzoni
Word Factory 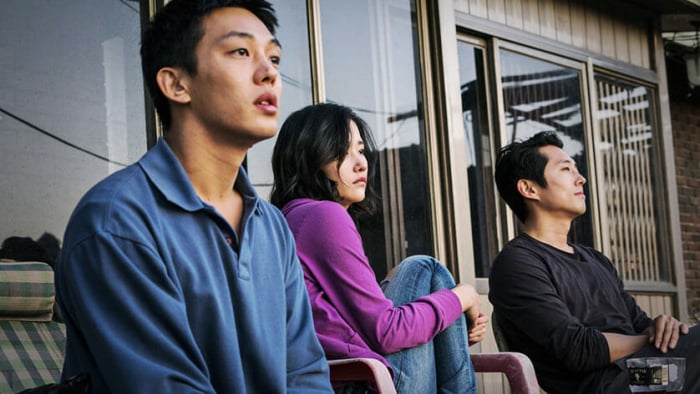 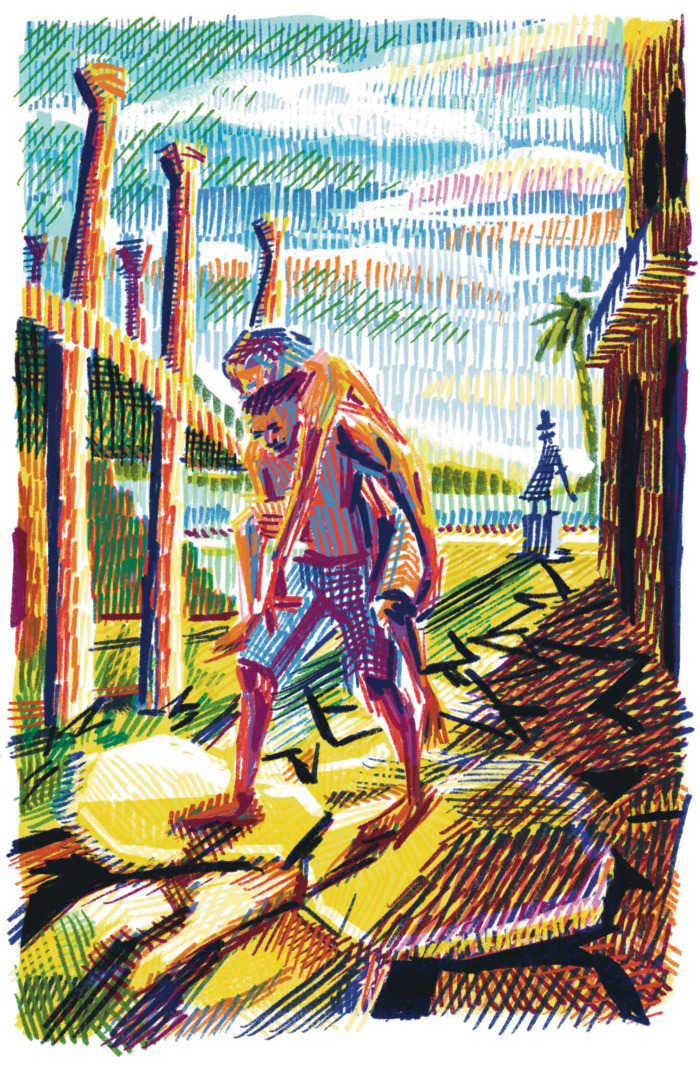