Several years ago, at a house party in Alabama, I hopped onto Victor Sarmiento’s lap and said, “Sugar, put my lipstick on for me. I can’t do it.” I was nineteen and he was younger, meaning I shouldn’t have been guzzling gasoline-whiskey. Victor propped me up and applied the red bullet so that my lipstick was perfectly in place. That’s true friendship.

Victor Sarmiento-Gray goes to cosmetology school now. He’s twenty-one years old, happily married to his husband of one year, and works as a waiter at a small café in Florence, Alabama. He’s covered in beautifully intricate tattoos with scarification, piercings, and the works. We’ve spent our almost decade-long friendship whining about boys, bonding over our love of the women of grunge music, and keeping ugly-faced selfies of each other as blackmail. Victor can swallow swords and breathe fire; he regularly performs with a burlesque troupe.

Sometimes, even your closest friends feel they have something to hide, though.

Last September, when Keebler Elf Jeff Sessions announced that the Trump administration would be ending the DACA program, I took to Facebook to condemn everything this administration stands for. Victor commented, “Thank you (As someone who is currently under the DACA).” I was shocked. I never knew Victor was undocumented. We were close, but he never spoke about it. At that, I threatened ass-whoopings on the government. I claimed they could pry him from my cold, dead hands.

I was shocked. I never knew Victor was undocumented. We were close, but he never spoke about it.

I called Victor late one night a few weeks ago to talk about the government shutdown and how he felt as the DACA renewal vote loomed. After he “came out of the DACA closet,” he was given support at every turn from his friends in Florence’s burlesque troupe, which is obviously a more radical grouping of Alabamans. His group has a method to keep negative self-talk at a minimum, he said. “You can say one bad thing about yourself—they call it your ‘one.’ If you say, ‘Oh man, I’m so fat,’ They’ll say, ‘Hey, that’s your ‘one.’ You can’t say anything else bad about yourself.” It became a way for him to limit dire comments about what’s in store for immigrants.

Victor was brought to the United States a year after he was born, from Tabasco, Mexico. His family settled in California. When Victor was a young teen, the Great Recession of 2008 hit. The family moved to Killen, Alabama, for the lower cost of living. There, Victor and his siblings and parents have lived comfortably. He’s made a community of tightly knit friends and has established a happy life in a small pocket of North Alabama.

Victor is working-class. He’s worked for several chain stores in the area because of DACA’s work permits for recipients, and now he’s able to put himself through school. His parents worked painstakingly hard before the family moved to Alabama. His father worked two jobs, and Victor often stayed late at school before his mother could take him home. When the family moved to Alabama, work became easier to find. His parents began going to church—the cultural capstone of the South—to network, find work, and establish themselves in the rural community. His father, a construction worker, and his mother, a highly educated woman who cleans houses, have passed their work ethic on to the kids. Victor became accustomed to the South. “I like small towns,” he said. “But it’s just super weird because peoples’ mentality here is pretty different. They’re close minded, but you get some pretty cool people in the South. There are those rotten eggs, but those are everywhere.”

Listening to Victor’s story, you sense not just his struggles, but the struggle of people in the South to balance anti-immigrant abstractions with the reality of the hard-working neighbors they live with, and sometimes depend upon. Alabama enacted HB 56, or the Alabama Taxpayer and Citizen Protection Act, in 2011. It was casually referred to as a “self-deportation” bill because it sought to make living in Alabama as an undocumented person so difficult and dangerous that people would flee. The bill criminalized renting homes or giving a job to undocumented people and required schools to demand citizenship proof from children. The hardline and severe legislation proved to be a tremendous failure. The agricultural sector saw some of the sharpest consequences, as they “spent millions” hiring and training a new workforce, and business blamed lawmakers for their lost capital. Latin immigrants fled or hid, and Trump himself once called the bill “maniacal.” Though parts of the law were blocked in the courts, the law itself remains on the books.

In 2012, President Barack Obama created, by executive order, the Deferred Action for Childhood Arrivals program. Immigrants like Victor who were brought to the United States when they were under the age of sixteen were given the chance to get work permits without fear—temporarily—of deportation. “They are Americans in their heart, in their minds, in every single way but one: on paper,” Obama said. Even under the right’s assault on immigrants, this accepting attitude toward “Dreamers” has held. Public opinion polls show strong support for the DACA program.

Victor expressed slight frustrations about the assumptions made of DACA recipients. While he is proud of young immigrants’ achievements, he said it felt demoralizing to only hear from the Harvard grads, the doctors, and the dynamic entrepreneurs who happened to be DACA-protected. “Nobody has to be a doctor to stay in the country or be a good citizen,” he said.

The rural kids who struggle to pay for their renewals matter and need a better option than spending hundreds, if not thousands, of dollars to renew, while paying taxes to support benefits they may never receive. The filing fee for DACA consideration through form I-821D form is $495. To complete the biometric screening requires driving to an Application Support Center.

DACA is not ideal for these Americans, by design. It’s expensive, and now it’s touch-and-go whether a dysfunctional Congress might let this protected status program end. So Victor has to weigh his options. His husband is an American citizen, but the citizenship process through marriage can be difficult, too. I asked if he thought he might apply for the marriage visa. If DACA is rescinded, yes. But he has to consider the timing. “I’ve been married under two years. The green card would only be a two-year green card. But if I was married over two years, the green card would be good for ten years. But it’s the same amount of money, so why wouldn’t you wait for the ten-year if you can?” A green card, of course, grants legal permanent resident status, but it must be renewed on either the two-year or ten-year cycle. Same-sex marriages are recognized in all states since the 2015 U.S. Supreme Court ruling in Obergefell v. Hodges, but Victor did seem apprehensive about whether same-sex marriage would attract more scrutiny in the application process.

“There isn’t a pathway right now for anybody to get citizenship—at least from Mexico. Nothing is open from that way. No one wants them.”

Victor understandably doesn’t view DACA as a real solution. DACA was intended to be, as Obama said, a “temporary stopgap measure” before a more comprehensive immigration overhaul. Yet will that ever happen? Victor said his parents were considering going back to Mexico, a place he’s never visited and is legally barred from visiting under DACA law. They’ve been waiting more than twenty years for change and, he said, “there isn’t a pathway right now for anybody to get citizenship—at least from Mexico. Nothing is open from that way. No one wants them.” Victor is grateful for DACA, but I wonder whether the economic and emotional strain it has put on him and his family are worth the two years of “deferred action.” He sees it differently—he saw the government shutdown battle as a sign that the Democrats were attempting to stand up and fight for him.

Senate Majority Leader Mitch McConnell has promised a vote on DACA. Even with the overwhelming bipartisan support for the program, it’s impossible to tell what future awaits these almost 690,000 immigrant Americans—especially with a president who has vacillated so wildly on the issue. Eventually, the nation may be ready to confront the real-life effects of hardline policies, like the ones that disrupted economic life in Alabama in 2011. We can hope, just as Gloria Anzaldua hoped decades ago in her classic Borderlands:

The answer to the problem between the white race and the colored, between males and females, lies in healing the split that originates in the very foundation of our lives, our culture, our languages, our thoughts. A massive uprooting of dualistic thinking in the individual and collective consciousness is the beginning of a long struggle, but one that could, in our best hopes, bring us to the end of rape, of violence, of war.

That split can be seen in the likes of Jeff Sessions, who would tell you he reveres American freedoms, yet instinctively assumes my friend Victor is not entitled to the freedoms he’s paid for. It’s seen in the inability of the president to comprehend the humanity of those he would rather demonize. During Trump’s State of the Union address on Tuesday, he claimed, “Americans are Dreamers, too.” It’s the same old trick: they have taken something from you, the “real” Americans. But Anzaldua’s “borderlands” wisdom speaks to what McConnell, and Trump, and Sessions have failed to wrap their minds around as immigration hardliners. The “American” versus “illegal” divide is a fallacy. America was never Great, never white, and never made up of naturalized citizens. We’d be a better country by reversing Trump’s sour, xenophobic whine to a statement that could have been written on the cusp of American Revolution—when those idealistic, British defectors began the experiment of American freedom, and even then understood that Dreamers are Americans, too.

Rachel Bryan is a PhD student in literature at the University of Tennessee, Knoxville. Her research focuses on poverty and the working class in Southern literature. Her selected essays can be found at snakeandtree.com. 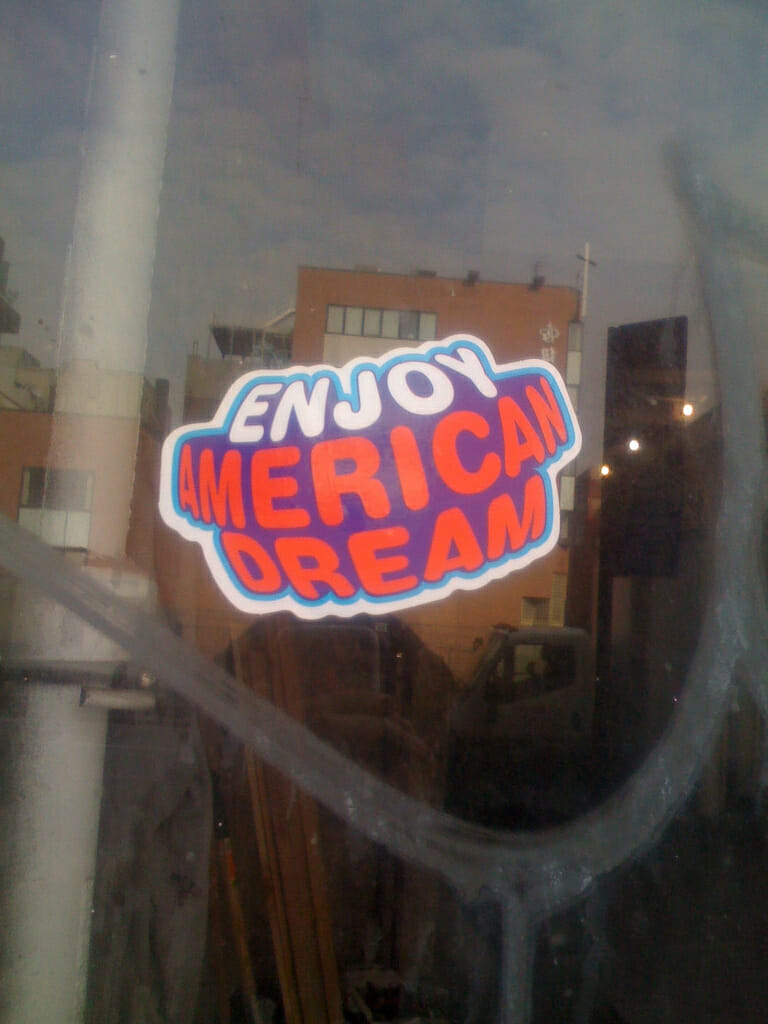 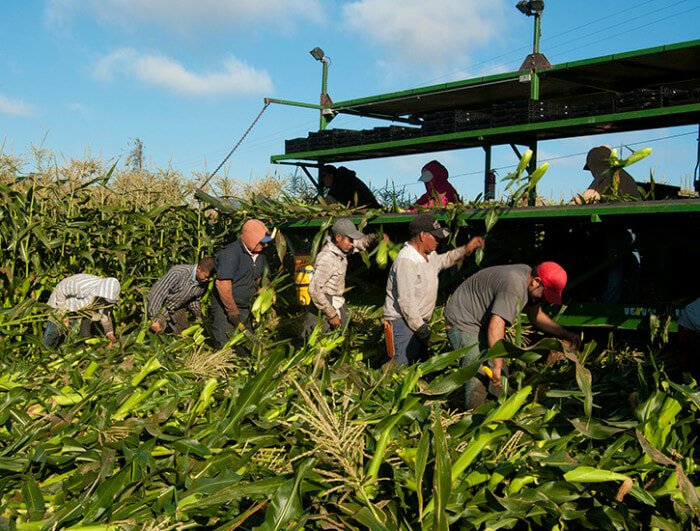 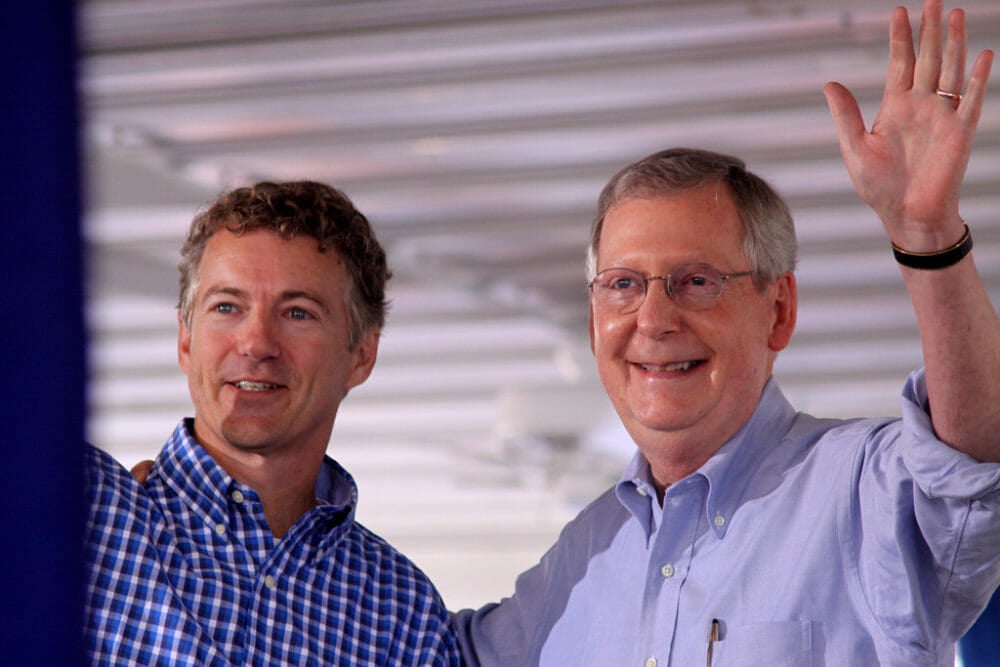 The Budget and the Political Imagination Deficit
Max B. Sawicky
Word Factory