The cut-rate films they made—Hungary for Men, Comrades in Arms, Perestroïka—are a strange blend of Communist kitsch with Western characteristics. In one, a soldier in the uniform of the post-Soviet Russian army seduces a comrade under a portrait of Gorbachev while a book by Brezhnev lies on the table. In others, blank-faced boys pleasure themselves in backward baseball caps and T-shirts from Nike and the 1992 U.S. Olympics “Dream Team.” Together they form an odd archive of appetite and exploitation at the end of history.

It’s no coincidence that one of the first things to come out of this toleration of gay sex was its commodification.

“They were the products of a crude imperialist enterprise: cheap and nasty looking, with an atmosphere of coercion and cultural misunderstanding pervading them,” Jones notes of his source material in an interview. The coercive nature of these films becomes clearest in the awkward screen tests that form the bulk of The Fall. Here, the producers—unseen older men—interrogate the young would-be-performers about their sex lives, the gender of their partners, what turns them on. Jones presents some of these in a montage, and the young men all look similar; it’s clear that these producers are looking for a certain type of young man for these films. The producers’ hands run across the muscles of the actors, inspecting their jawlines, prodding their lips and pecs. In one instance, a producer’s hands move down a young man’s body, stopping just above his groin. “We are almost having sex, Christian,” he declares. Often the young men express hesitance about acting in gay porn—especially once the specter of the watching producer enters the equation. Others are pragmatic: when one young man is asked about what impact it would have if he was being watched, he simply says, “Now I think of it as work.” Many of them are open about the fact they’re just doing it for the money—and very little money at that: Jones reports that, at the time, Eastern European sex workers earned one tenth the wage of their Western counterparts. They had few other options in the wake of economic devastation. “The only thing young people had to sell was access to their bodies,” Jones observes.

While “spectators see unspoiled beauty when they look into the eyes of these young men,” Jones says in the documentary, “producers and distributors see the opportunity of a lifetime.” The American consumer, meanwhile, saw an exotic spectacle of Eastern European men. This power imbalance between the performer, the producer, and the spectator models in miniature the problems faced by Eastern European countries as they integrated with the global capitalist economy. The opportunity seen by the producers, and the exploitation of young men that it leads to, is another echo of change being dictated by “victors,” as these young men use the only thing they have in order to stake a claim to the new capitalist economy. This idea isn’t just reflected in the ideological clash present in The Fall; capitalism and desire have been in bed together for almost fifty years’ worth of gay adult cinema.

Capitalism and desire have been in bed together for almost fifty years’ worth of gay adult cinema.

This hypermasculinity appears from the very beginning of the genre as its defining feature. The men in Wakefield Poole’s breakthrough 1971 film Boys in the Sand—the first crossover success to emerge from adult cinema, a year before Deep Throat—are all made of marble; they’re all muscular, tan, and (predominantly) white, a moving mirror image of Tom Bianchi’s Fire Island polaroids. Often, the men in Boys in the Sand appear like fantasy objects, perpetually at leisure, emerging from the sea or materializing from the swimming pools of luxurious Fire Island beach houses. Just like the exploited and exported young men from the former communist countries depicted in The Fall gave a sense of power to American viewers, the hypermasculine, hyper-capitalist Boys in the Sand allowed gay men to feel powerful too—as though, by playing the game according to the rules handed down to them, they might be allowed a seat at the table.

Gayness always finding its way in the world relative to the dominant culture.

Often, queer people learn about themselves and their desires through the screen. The films included in Ask any Buddy and The Fall of Communism as Seen Through Gay Pornography are some of the very first representations of gay life and desire committed to film in their respective cultures. They explore the root of fantasy, of what it means to desire and be desired, but in doing so they also reveal the darkness that lies beneath it—the commodification and exploitation of young men, the packaging of desire for consumption. Certainly, there’s something aspirational about the beauty of Boys in the Sand and skin flicks like it, but they raise the question of whether it’s really something that should be aspired to, or if this kind of idolatry causes something more vital to be lost along the way. It’s impossible to shake off a moment in The Fall when a producer asks a would-be-actor what he fantasizes about and is told in response: “I like to watch the pictures.”

Sam Moore is a writer, artist, and editor. Their poetry and experimental essays have been published online and in print with the Los Angeles Review of Books, in the Pilot Press anthology Modern Queer Poets, and elsewhere. 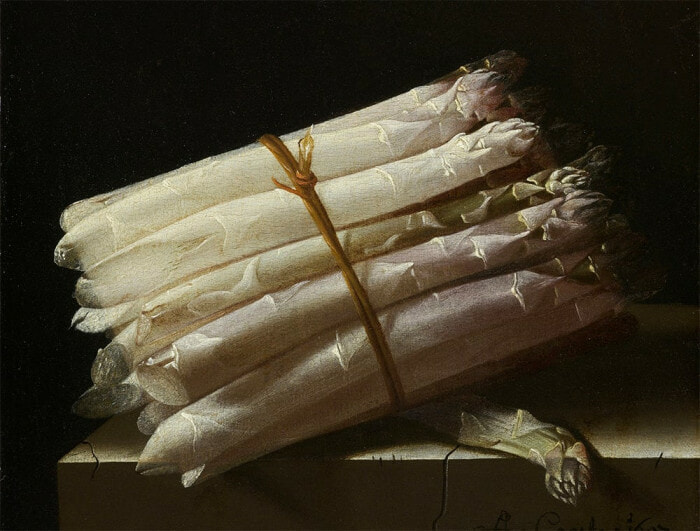 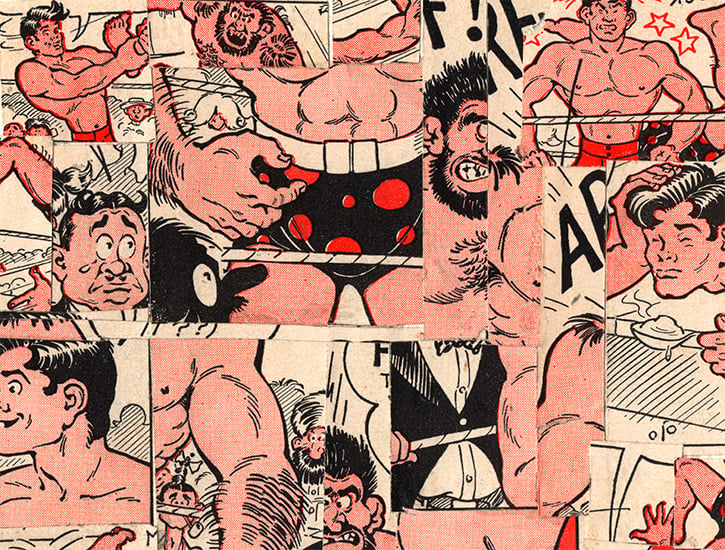 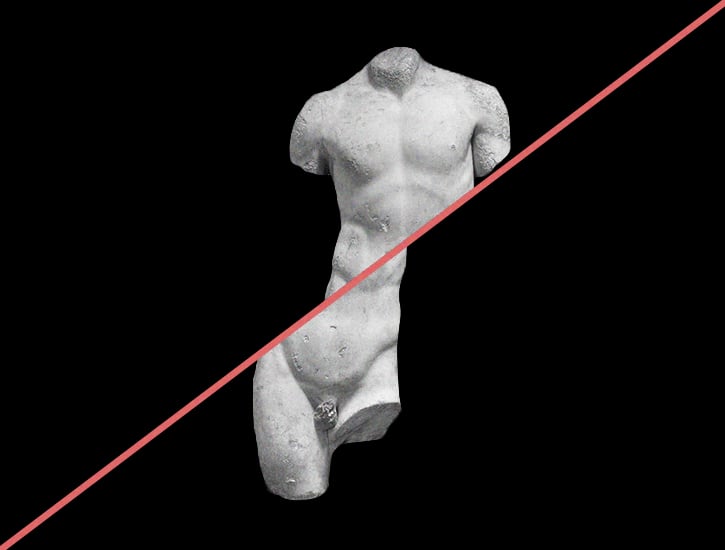