On Monday, the Supreme Court unanimously decided to vacate the conviction of disgraced former Virginia Governor Robert McDonnell. The Commonwealth’s GOP chief was convicted in Sept. 2014, along with his wife, Maureen, on federal corruption and bribery charges. The pair had accepted $175,000 worth of gifts and loans from nutraceutical entrepreneur Jonnie Williams, who was aggressively seeking state-funded research and public-health endorsements to help market his new dietary health supplement, Anatabloc. Williams managed to convince the McDonnells that a pill based on the unproven tobacco-based derivative anatabine would not only promote Virginia’s health but dovetail nicely with the governor’s “Bob’s for Jobs” platform; all the state would have to do was lend credibility to the product via research teams at the University of Virginia and Virginia Commonwealth University, together with inclusion in the state’s health plan.

So Williams offered a lot of quid—golf trips, real estate loans, catering for daughter’s wedding, a full-length white leather coat for the first lady, a personally engraved Rolex watch, rides in the Ferrari, etc.—for some quo. This consisted mainly of an Anatabloc launch party in the governor’s mansion, where Williams could hand out research grant checks to scientists; meetings with numerous key health-policy players; and even a bit of winsome personal lobbying by the governor himself. McDonnell took so naturally to the task that he even popped Anatabloc pills in front of skeptical officials and said that it felt like they were working. Behold the curdled legacy of Jefferson and Madison.

Before McDonnell v. United States, my pet example of quid-pro-quo corruption was the “bribe menu” of former U.S. Rep. Randy “Duke” Cunningham. A member of the House Appropriations and Intelligence Committees, Cunningham pleaded guilty to federal bribery and fraud charges in November, 2005. During sentencing, the prosecution introduced into evidence a sheet of Cunningham’s Congressional office stationary he had given to defense contractor Mitchell Wade. The page showed numbers hand-scribbled into two columns: the left column represented millions of dollars of government contracts, while the right listed a series of bribes in thousands of dollars needed to secure said contracts. The top of the right column also indicated two letters: “BT”—an abbreviation for “Buoy Toy,” a 42-foot yacht that Wade financed in exchange for $16 million in contracts. Cunningham, a former Navy pilot and TOPGUN instructor, christened his buoy toy “The Duke-stir,” docked it at the Capital Yacht Club, and used it as his floating party palace.

Behold the curdled legacy of Jefferson and Madison.

“The hallmark of corruption,” Justice William Rehnquist wrote in FEC v. National Conservative PAC (1984) “is the financial quid pro quo: dollars for political favors.” And nothing captured the “something for something,” this-for-that exchange at the heart of political corruption quite like the paired columns of a menu: Point to the item you want, slide your finger horizontally to see how much to pay to get what you want and place your order. Easy! Of course, if the feds found the menu, you were pretty much guaranteed to be indicted for bribery.

Or at least, so I thought, until I read Justice John Roberts’s opinion for a unanimous court in McDonnell. No, a “bribe menu” isn’t really the paradigm of political corruption, per se, though it is the finest representation of quid pro quo to come out of the Great Barbecue of federal corruption. And, no, there’s nothing wrong with politicians getting generous dollops of “quid.” Yes, Citizens United v. FEC (2010) did repeat the Rehnquist quote on quid pro quo approvingly, but that’s because it taught us that dollars received as speech, instead of payment for political favors, is A-OK. In fact, it’s fine even when that money-speech is of the seductive or fawning variety meant to win general favor, because as Justice Anthony Kennedy wrote in Citizens United, “ingratiation and access . . . are not corruption.” No, the key, the Roberts Court tells us, is what quo politicians can put on the menu for their quid-paying customers.

In the court’s careful reading of the federal bribery statutes, the legal definition of corruption comes down to what counts as an “official act.” This, we’re informed, has to involve “a formal exercise of government power” in which a public official decides or agrees to decide on a matter that may, by law, be brought before him. Ergo, as the court reasons, “Setting up a meeting, talking to another official, or organizing an event—without more—does not fit that definition of ‘official act.’” So all the other things that public officials may do that don’t technically count as “official acts”—including everything that McDonnell did for Williams and Anatobloc—don’t fall under the statutes. It thus follows that the feds overreached in prosecuting McDonnell. As Roberts writes,

In the Government’s view . . . nearly anything a public official does—from arranging a meeting to inviting a guest to an event—counts as a quo. . . . But conscientious public officials arrange meetings for constituents, contact other officials on their behalf, and include them in events all the time.

This is a landmark decision for the efficiency of government.

So just to be clear, justices: As far as federal law is concerned, it’s permissible to buy your very conscientious governor a Rolex, his wife a high-end ball gown, and their daughter a wedding feast to get a promotional (but most definitely not official) launch party in the governor’s mansion? Yes, Roberts regrettably writes for the Court:

There is no doubt that this case is distasteful; it may be worse than that. But our concern is not with tawdry tales of Ferraris, Rolexes, and ball gowns. It is instead with the broader legal implications of the Government’s boundless interpretation of the federal bribery statute.

Exactly so: The law is the Court’s concern, but that gnat-straining definition of official corruption also ensures that our conscientious public officials now will enjoy a very wide berth for pursuing other sorts of concerns under the indifferent eye of the law. They can schedule a long train of meetings with well-heeled constituents to gin up research-for-hire, theatrically ingest diet supplements, and rake in all sorts of informal backsheesh, because . . .well, ka-ching!

In fact, this is a landmark decision for the efficiency of government. Now it’s perfectly acceptable for the Duke Cunninghams of our great republic to write up bribe menus on official stationery, so long as they mind their p’s and quo’s. And all just in time for another Clinton presidency. Would you like to stay in the Lincoln bedroom, or use the Red Room to sell HHS on your new dietary supplement? Just place your order in Air Force One’s SkyMall magazine. 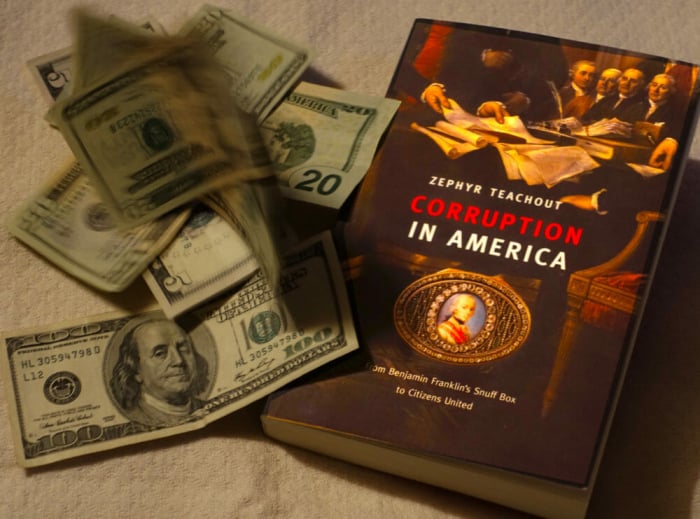 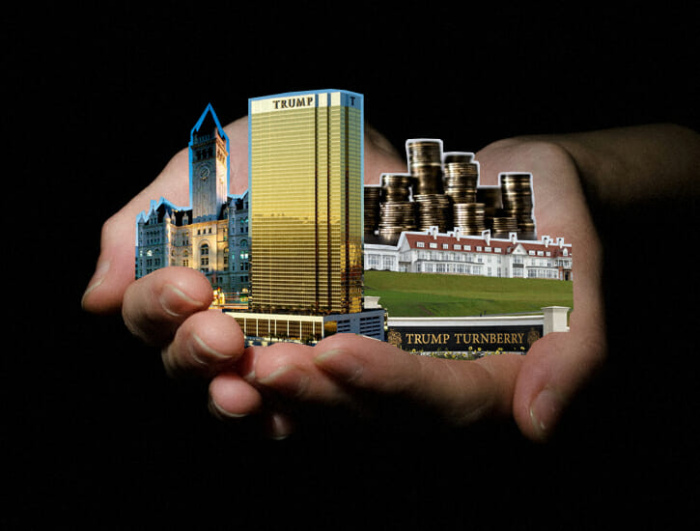