When Frida Kahlo got to Paris in January 1939, there was no designated place for her to sleep. “What the hell is this shit?” she asked her hostess, Jacqueline Lamba, when Lamba took her to a small child’s bed in the corner of a crowded, rented room and announced, “You can sleep here.”

It was a tepid welcome and not at all what Kahlo had expected. A musty corner of a dirty apartment shared by Lamba, her husband André Breton, and their young daughter was a far cry from her sunny, colorful home in Mexico City. From there, the disappointments came fast and furious. Kahlo discovered that none of her paintings for the alleged exhibition promised to her by Breton, celebrated emperor of the celebrated surrealist moment in art, had been extricated from customs, where they still languished. As she would later learn, Breton had done nothing at all to further plans for this exhibition, though he had envisioned the showing while visiting Mexico the summer before.

It was the sort of broken bargain that too many brown and black artists of the moment experienced. The Paris to which Kahlo arrived had feted the black actress Josephine Baker—who preferred life in France over life in the United States—but what was exotic and interesting was not necessarily equal. White Westerners like Breton were still the “collectors” and the arbiters of taste. Eager to have an authentic experience in Mexico, he had dangled promises before an emerging brown artist only to forget all about her when it mattered.

The story is recounted in The Heart: Frida Kahlo in Paris, by Marc Petitjean. Breton and Lamba had been visitors at the marvelous home that Kahlo shared with her artist husband Diego Rivera just six months earlier. It was there, as the Riveras’ household staff lavished attentions on them, and Kahlo escorted them (complete with bodyguards) all over Mexico, that Breton had made his promise. She was “a surrealist artist,” he told her, and she must come to Paris; he would take care of everything.

He had taken care of nothing. Having lapped up their attentions, having met Trotsky, who was also a guest at the artists’ home at the time, and having been wined and dined, he had trotted back to Paris likely never expecting to pay on his promise. The pair’s luggage on their return trip was laden with a vast trove of objects he acquired all over Mexico. Ever the white man riding around in native lands, the effort had been to acquire, to take back his loot to where it could be transformed from object into artifact.

For Frida, it must have stung, all of it: a child’s bed, no exhibition, and an apartment set up with a hoard of Mexican objects.

Breton had not forgotten that part of his intentions when he got home. He wrote immediately to Charles Ratton, a famous dealer of “primitive” art and the owner of a gallery. He wanted to have an exhibition of all the objects he had dragged back from Mexico, objects that Ratton deemed, along with the “more or less primitive-style nineteenth century paintings,” “of very average quality” and “not . . . archaeological.” Ratton himself was a collector of “works of art from Oceania and Africa, [and] oriental and pre-Colombian archaeological finds.” He considered loaning Breton some pieces from his own collection to “raise the standard” of a hypothetical exhibition.

For Kahlo, it must have stung, all of it: a child’s bed, no exhibition, and an apartment set up with a hoard of Mexican objects. In these first few moments of her dalliance with Paris, you can see something that is emblematic of the dilemma facing woman artists of color, who still struggle with the same stereotypes today. The reference point of art made by people of color was essentially loot, the material from raided graves of ancestors and plundered archaeological sites that was brought back to Europe by colonists. Breton’s bits and pieces, in not being “archeological,” in being—worse still—produced after the arrival of colonists and possibly for the very market created by them, were not, like the wrested originals, the spoils of conquest.

It was in this milieu that Kahlo was to show her art. She did not want to be there, but, per the continuing logic of the world’s periphery and the world’s center, exhibiting in Paris was nearly a requirement. As scholar and curator Ariella Aïsha Azoulay pointed out in her book Potential History: Unlearning Imperialism, colonization triggered a vast upheaval of people, objects, and goods. Kahlo, and certainly the pre-Colombian artifacts that were to be paired with her paintings, were part of this enormous shift. Empire was close to collapse, and here she was, present to expose the wounds it had inflicted on her.

In contrast to the experience of lived trauma so central to the identity of a Mexican woman, Breton, the surrealist (and solipsist) poet, the intellectual man of letters, the father of a movement, lived entirely within the labyrinthine removes of theory. It disgusted Kahlo; in letters she called him a son of a bitch, not least for how easily he forgot his promise to her, but also because he remained preoccupied with whether she did or did not belong in the gang of surrealist artists. He wasn’t seeing the independent content of her art. Breton wanted to show her paintings as part of an exhibition that would include “Mexican nineteenth century portraits, thirty-two Alvarez Bravo photographs, and a large number of everyday items.” In his insistence was the implicit suggestion that her work, too, was “craft” rather than art, simply exotic rather than inventive.

Kahlo’s paintings would ultimately be exhibited in Paris at the Renou et Colle Gallery, with the photographs and other objects. It was an honor—Max Ernst and Dali had both exhibited at this gallery—but Frida felt misunderstood. Standing in a corner in her traditional Mexican clothes at the private viewing held on March 9, 1939, she appeared isolated to some. She had not been able to explain to anyone she met in Paris that her paintings were not merely merchandise for exhibition, but expressions of her pain, the parts of herself she chose to show the world.

The lonely Kahlo, standing in the corner at the private viewing of her work, dressed exquisitely in flowers, braids, and flared skirt, stands in for every artist of color who has shown her work or written for a white audience. Then and now, it is the exploitative urge of the Western viewer or reader that one must accommodate, as it is the most familiar. Relenting to have her paintings coupled with objects was a recognition of just this. So too was the insistence to dress in costume that provided sensuality and sentience to a drab and grey Paris.

All of it was an attempt to draw an audience into visual or literary dialogue that had already reached its conclusions. In taking the risk, Kahlo then, and women of color who are artists and writers today, risk being reduced to the wares that beguile white readers and viewers. The sari-clad woman, the hennaed hand, the light from a crescent moon, the jasmine in an earthen bowl are examples that perform these dual functions, that draw on the familiarity of loot displayed in Western museums and yet hold within them a secret silent bit of poison or an exposed wound that renders a voyeur into a witness.

The artists Kandinsky and Picasso both praised Kahlo’s work in the Renou et Colle Gallery. Others, such as an art periodical called Marianne, said of it, “André Breton is right in identifying this as very much a woman’s work, in other words by turns utterly pure and utterly pernicious: a ribbon around a bomb.” French Vogue wrote about the exhibition a month later in April, mentioning only “adorable eighteenth- and nineteenth-century paintings.”

Not one of the paintings in the exhibition managed to sell. But one was acquired by the French state, a painting titled “The Frame,” one of Frida’s self-portraits that she called “an idiotic photo in a frame decorated by parrots, the most horrible piece of shit I’ve painted.” It went to the Jeu De Paume national musuem and eventually the Pompidou Center, where it still is today. According to Petitjean, the French national archives include a request note for the painting from the Jeu de Paume’s conservator which reads, “The wife of the greatest living painter in the Americas, Diego Rivera, who is herself intriguing and talented, has just had an exhibition at the Renou et Colle Gallery under the patronage of poet André Breton.” 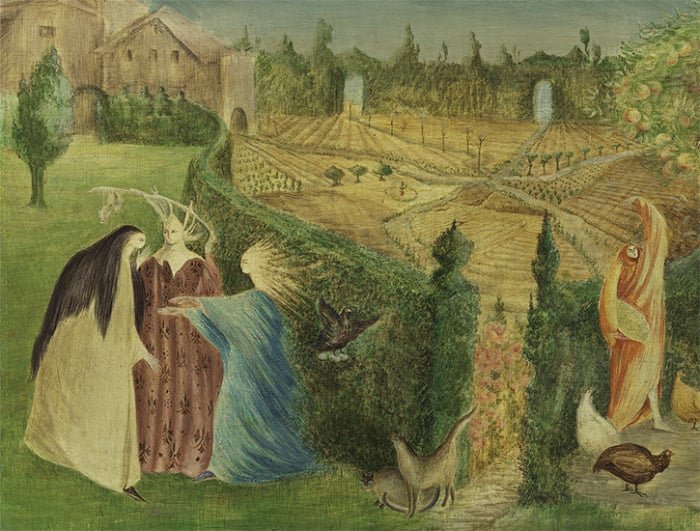 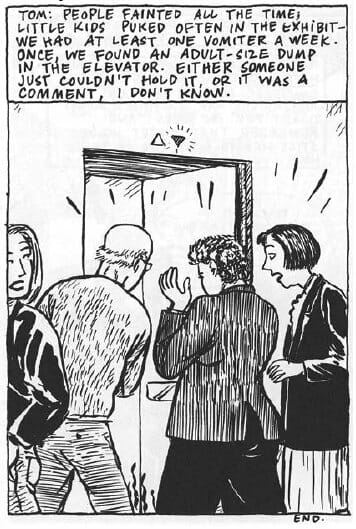