What Can a Body Do? How We Meet the Built World by Sara Hendren. Riverhead Books, 240 pages.

One Friday night in Williamsburg, back when people still socialized indoors, I found myself in one of the most stunning apartments I’d ever seen—and it was most certainly not of the Architectural Digest variety. I’d been stopped on my Razor scooter by a Hasidic man who asked me if I might turn on his air conditioner for him: it was Shabbat, it was hot, and his wife was quite sick. Inside, I noticed that the kitchen counter was supported by the kind of cabinets that typically hang from the ceiling. The man proudly told me that he had figured out the hack for his wife, who uses a wheelchair, loves to cook, and required counter space lower than average.

Typically, a gesture like this is thought of as an act of care rather than an innovative design. Two new books do the important work of complicating this distinction: Sara Hendren’s What Can a Body Do? How We Meet the Built World and Sasha Costanza-Chock’s Design Justice: Community-Led Practices to Build the Worlds We Need. In Hendren’s pages, readers learn, among other things, about loving gestures that became marketable, mass-produced products. Take, for instance, the common vegetable peeler. In the late 1980s, Sam Farber noticed that his wife Betsey’s arthritis made peeling apples a particularly strenuous task, so he developed a curving plastic handle that comfortably conforms to the shape of a typical human thumb and requires less manual dexterity to use. And thus was born the OXO Good Grips line.

Putting aside instances of men engineering gadgets that enabled their wives to stay in the kitchen into old age (if that’s the goal, someone really ought to design jars we arthritic people can actually open),  these sorts of thoughtful interventions are more often dismissed by professional designers with a proclivity for, in Hendren’s words, “the gee-whiz quality of machinery.” Liz Jackson calls many of these technical innovations “disability dongles,” “a well-intended elegant, yet useless solution to a problem we never knew we had.”

Disability is not a problem to be solved or a flaw to be cured: diverse bodies generate alternative understandings of the built world.

One famous disability dongle is the sign language glove, long decried by the Deaf[*] community. Various versions of this glove have claimed to translate American Sign Language into spoken English via electronic sensors. But since ASL actually involves facial expressions, torso positions, and arm movements, most gloves only translate individually signed letters, or a rudimentary set of words. Labs around the world have nonetheless poured resources into the device for decades, ignoring criticism from the Deaf community, who point out that the glove actually helps hearing people understand Deaf people—not vice versa—while putting the onus on Deaf people to tediously spell out words, and also to wear the glove. In any case, no such glove has ever actually been delivered to the market.

Often, these types of devices, intended to generate profit and impress fellow engineers, are unaffordable to most of the people they intend to serve: the glove system developed at Stanford cost over $3,500 in 1988—and that didn’t even include the glove itself. Hendren doesn’t spend much time critiquing these sorts of gadgets, but instead to devotes her book to counter examples; she looks to the architecture at Gallaudet University, a d/Deaf school, where then-campus architect Hansel Bauman asked students about their needs and came up with a plan that included wide hallways to allow people to face each other and sign while walking, and benches that carry vibration when banged (useful for getting someone’s attention).

Hendren’s book is full of stories about the devices disabled people actually use. Many are expert hackers themselves, experienced in repurposing existing objects to suit their needs. Take, for example, Chris: a one-armed father who changes his baby’s diapers using a holster he fashioned out of cords and felt. Or Cindy, a quadruple amputee who relies primarily on zip ties to complete everyday tasks, looping them around everything from drawer pulls to zippers so that she can pull them. Meanwhile, her prosthetic arm, which she refers to as a “Darth Vader” limb, collects dust in the closet. Then there’s Mike, who does use his prosthetic arm. But he also comments that it’s not as seamless as its shiny surface might imply—it took him five years to learn how to use a fork. 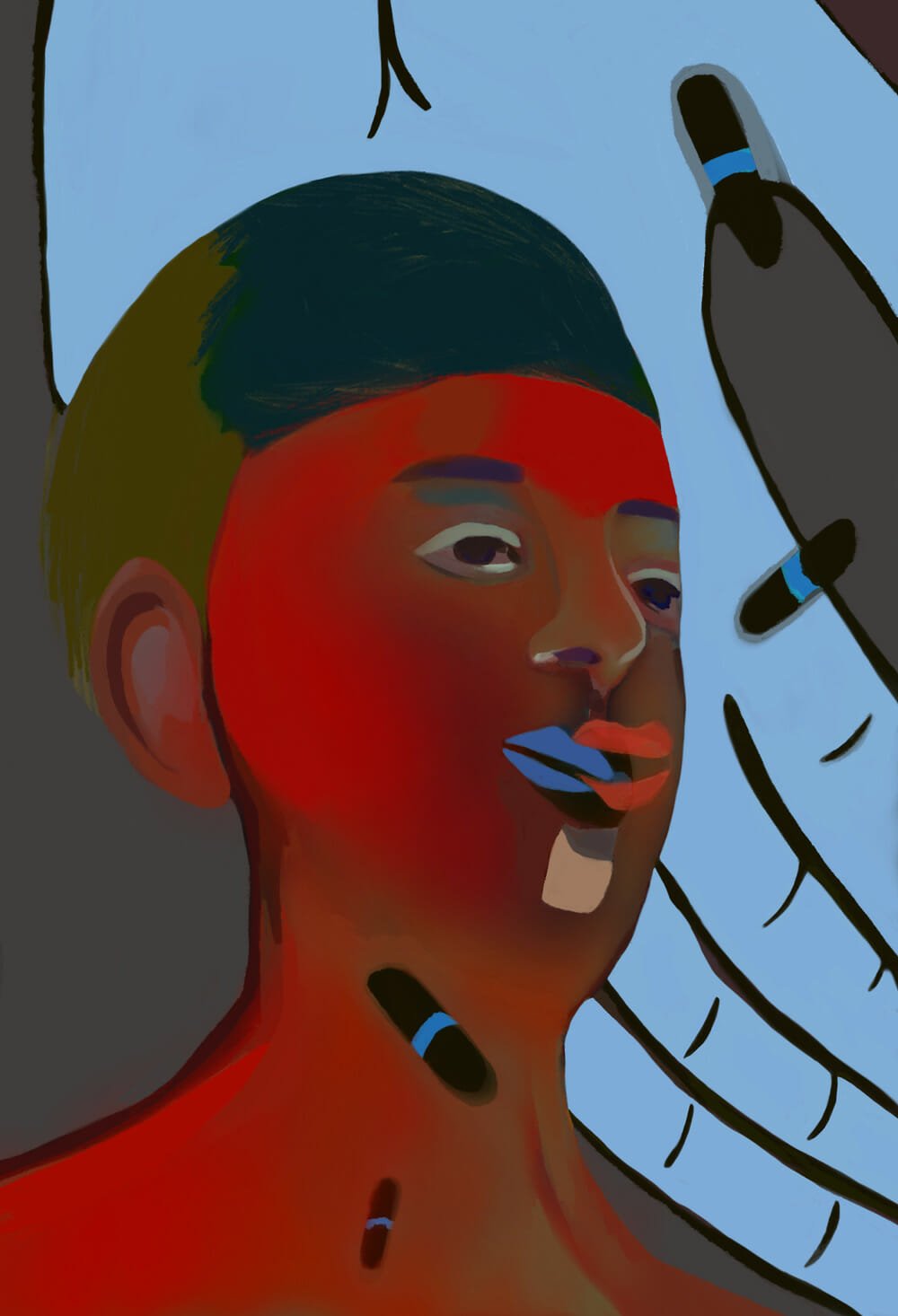 Hendren doesn’t place value judgments on these vignettes: individuals are free to choose whatever devices work best for them. But she is critical of the widespread rehabilitation mindset—born of the military and meant to repurpose wounded veterans as useful workers—which usually privileges restoring bodies to “normal,” rather than equipping them with the tools to adapt. For Hendren, disability is not a problem to be solved or a flaw to be cured: diverse bodies generate alternative understandings of the built world and should encourage us to question what we accept as “standard.”

Costanza-Chock’s book, meanwhile, is part manifesto for a new design framework—one they developed through the Design Justice Network, a community that formed in 2016—and part sociological study, an examination of how design thinking plays out in corporate and grassroots settings alike. Design Justice, they note, is rooted in the disability justice movement, especially its rejection of the idea that one design could, or should, work for everyone. Costanza-Chock applies this idea—called “post-universal design”—to elucidate the ways in which, inevitably, the ostensible benefits of any design are inequitably distributed across groups of users. They urge us to ask “Who benefits? Who loses?” when assessing a design, citing one artificial heart that fits the chests of 86 percent of men but only 20 percent of women, as well as the tendency of facial recognition technology to think that all Black faces look the same, increasing the likelihood that the machine will confirm one Black person “fits the description” of another. It’s not inherently and always wrong to privilege some users over others, Costanza-Chock insists. “The point is that these decisions need to be made explicit.”

The inequities of design were made all too clear to the poet Audre Lorde. In her powerful 1980 Cancer Journals—which Hendren quotes at length—she tells the story of a nurse who pressured her to wear a prosthetic breast post-mastectomy. The nurse warned Lorde that an absent breast engendered “bad morale” for others, implying the discomfort Lorde might cause ought to outweigh that which she might feel. As noted in the Design Justice Network’s principles, “the people who are most adversely affected by design decisions . . . tend to have the least influence on those decisions and how they are made.” Indeed, Lorde was told outright that her wishes were beside the point.

Both authors advocate attending to the vernacular expertise found in everyday interventions. But Costanza-Chock also asks professional designers to be mindful of the power dynamics at play when they “borrow” ideas. For example, Twitter began as TXTmob and was created by Tad Hirsch to help activists stay one step ahead of the police during the 2004 Democratic and Republication National Conventions. Though internet historians typically cite the birthdate of the hashtag as 2007, TXTmob’s group SMS system used “#” to allow users to follow a certain topic, as well as “@” to tag a particular user. Messages were limited to 160 characters. Hirsch unsurprisingly (and like the rest of us) resents the fate of the platform, but not for the reasons one might expect. He was not angry over profits or credit; he maintained that his script had always been open source. Instead, he resented the idea that Jack Dorsey presented himself as “a rare breed of genius,” proffering a false origin story that reifies the belief that “the market is the sole site of technical and social innovation . . . where we are wholly dependent on a handful of extraordinarily gifted entrepreneurs.”

The best designers know the difference between a policy problem and a design problem.

It’s not that Hirsch—nor, for that matter, the Hasidic hacker I met in Williamsburg—craved recognition as a designer. Neither were angling to launch a startup, but rather to do something actually helpful. Hendren and Costanza-Chock’s shared point is that the best solutions often come from the people most intimately familiar with the problems, not from tech-addled outsiders. Costanza-Chock recalls the Bill and Melinda Gates Foundation’s “Reinvent the Toilet Challenge,” begun in 2011 and intended to help the 2.5 billion people worldwide without access to safe and clean sanitation. Over the next seven years, the Gateses invested over $200 million while the World Bank and other development banks added a whopping $2.5 billion in financing to the pot. Rather than address the fact that the problem is primarily one of infrastructure and not individual toilets, or improve upon existing solutions within various communities—like widely used toilet buckets, in which human waste is covered in ash or wood chips and then composted into soil—eight grant recipients started from scratch in the contest’s first year. Out of the eight, Caltech claimed first place with an extraordinarily complicated and expensive toilet that produces a deadly chlorine gas. “Those most affected have nearly always already developed solutions,” Costanza-Chock writes, concluding that resources are usually most effective when used to support and improve existing, community-built infrastructure, rather than to reinvent the wheel—or the toilet.

The best designers also know the difference between a policy problem and a design problem. “There are many cases where a design justice analysis asks us not to make systems more inclusive, but to refuse to design them at all,” writes Costanza-Chock. This might mean refusing to be complicit in situations that exacerbate inequality: Costanza-Chock, for instance, recounts the often dreadful experience of being a non-binary, trans, femme-presenting person and interacting with the TSA. But they don’t suggest the solution is to design trans-friendly border control; it’s to abolish borders.

Other times, this refusal just means minding your own business, and admitting the limits of your knowledge. For Hendren, it’s about allowing space for self-determination—like the nursing home in the Dutch town Weesp, an enclosed facsimile of a small village, replete with a gym, store, theater, and hair salon, in which residents with dementia and Alzheimer’s can roam, safely and freely. Or like UserWay’s accessibility widget, which gives internet users a number of options to customize their surfing, including a font that many Dyslexic readers find useful, but many others find distracting, and a tool for adjusting a website’s contrast, which can be helpful for low-vision users. Good design is the kind of care that neither smothers nor exploits, the type of interdependence that allows for independence. But this logic runs counter to the market, which is why the best solutions don’t always look like “innovation,” but rather, basic human kindness.

Emily Watlington is a writer, curator, and assistant editor at Art in America. 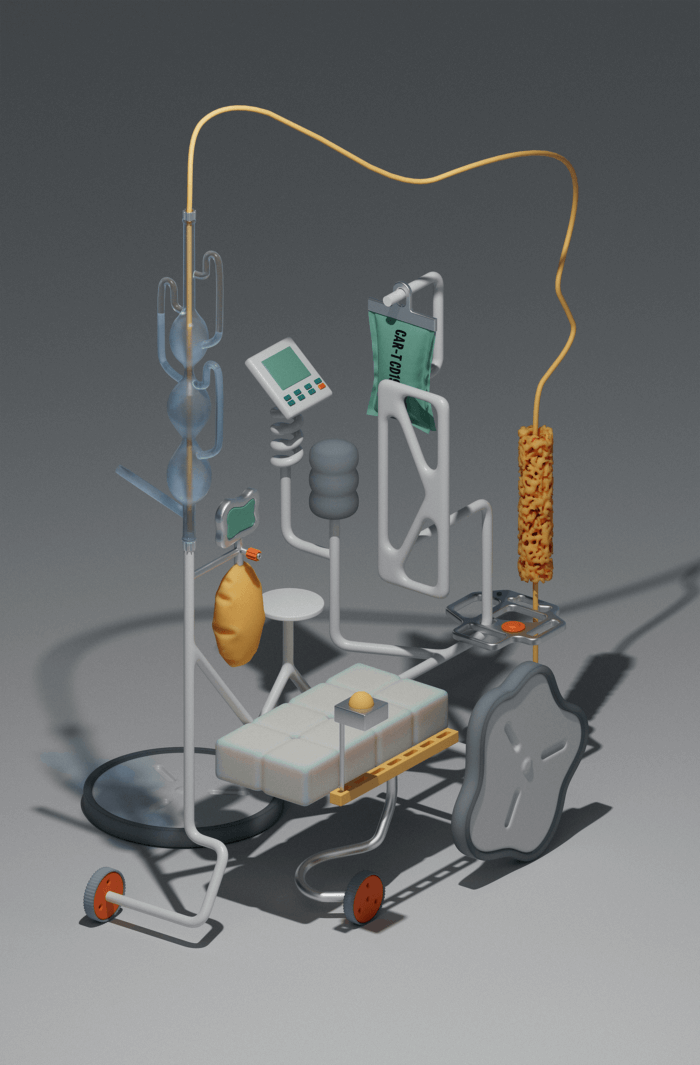 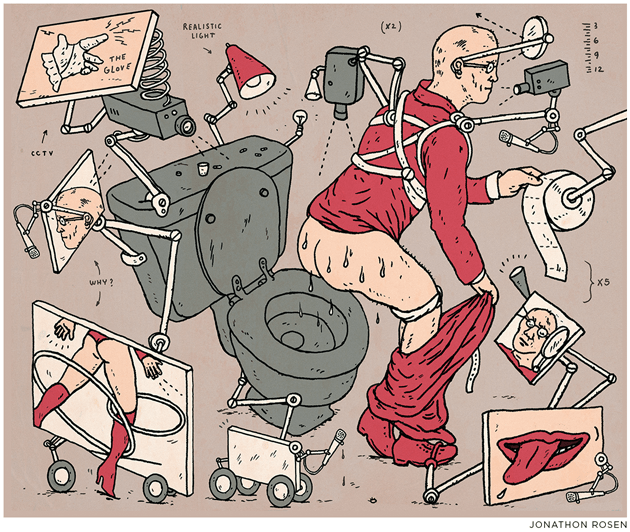