Look, there’s no hard-and-fast rule that mandates books by world leaders need to be tree-murdering, anti-democratic power fantasies farmed out to struggling ghostwriters by self-obsessed corporate shills concerned with driving up the price of speaking engagements. Marcus Aurelius wrote Meditations. British Prime Minister Benjamin Disraeli authored more than two-dozen romantic novels and biographical works. Jimmy Carter scribbled a bizarre Revolutionary War novel. And Winston Churchill once penned A History of the English-Speaking Peoples (which isn’t a recommendation so much as it is serviceable bar trivia).[*] But former President Bill Clinton and James Patterson’s new thriller The President Is Missing is not a novel crafted by a benevolent liege or an ex-president in peaceable solitude. It isn’t really anything by anybody. Just as every truly beautiful novel elaborates the terms of its own composition, so too every piece-of-shit literary fart-fest proffers the petard with which to be hoisted for the convenience of critics:

It’s just a bunch of scrambled jumble. Six lines of symbols and letters—ampersands and pound signs, capital and lowercase letters, numbers and punctuation marks—that bear no resemblance to a written word in any language.

You said it, guys, not me. I’ve never wished I had a grandfather more than in contending with this book-shaped blob of paranoia and vanquished machismo; I need somebody with a stake in James Patterson (or rather the fiction-production factory to which he lends his name) to translate this bulletin of xenophobia and disposable TV patriotism for my benefit. But I must persevere. For the duration of this review, I will strive to become my own grandpa.

The book is athrob with misogyny.

As a mere artifact, The President Is Missing is fascinating. Patterson and Clinton appear on the back cover with their mouths open in disconcerting unison, as though they’ve both been introduced by Silvio Berlusconi at a bunga bunga party. James Patterson’s bio reads, in part, “Patterson created a new children’s book imprint, JIMMY Patterson, whose mission is simple: ‘We want every kid who finishes a JIMMY Book to say ‘PLEASE GIVE ME ANOTHER BOOK,’” while Clinton’s notes that “This is his first novel,” as though The President Is Missing wasn’t assembled by Dickensian orphans in some kind of sweatshop. Hillary is thanked in the dedication for “reminders to keep it real”—proof that the ’90s are still alive in the heart of Clintonia. Most importantly, at 520 pages, you can hollow it out and keep drugs in it and no one will ever find them.

But on to the big question: Where the fuck is the president?

President Jonathan Duncan, introduced saucily defying a committee assigned to investigate a misuse of his executive powers, is settling scores independent of the meddlesome oversight of the Congress and Senate. He is taking the law into his own hands Charley Bronson-style, so that he can operate without the coddling of checks and balances. He is singlehandedly dismantling the terrorist group known as the Sons of Jihad while strong-arming Saudi Arabian dignitaries. He is eluding a sexy Bosnian assassin called Bach who listens to classical music while she takes aim with her trusty semiautomatic rifle “Anna Magdalena.” He is teaming up with a hacker named Augie Koslenko to counter a devastating computer virus (codenamed Dark Ages) designed to “steal the Internet from America.” And he is clamping down on the Russians, at one point telling their prime minister to “stay out of our elections. After I speak tomorrow, you’ll have all you can handle to keep rigging your own. Now get the hell out of my country.”

Annoyed at the constrictive red tape of the House Judiciary Committee, Duncan laments the “mental gymnastics I have to perform while defending myself with one hand tied behind my back.” He got that right—The President Is Missing was almost certainly written one-handed because it is a gross and gristly wank of a book that oozes contempt for the press and democratic norms. Throughout, Duncan delivers banal talking points on the opioid crisis, gun laws, climate change, affordable health care, and racism (“our oldest curse”), but because he so clearly despises due process—his authoritarian sense of superiority is beyond question—the effect is to make him sound less like a tenderhearted head of state and more like Patrick Bateman from American Psycho. The book is also athrob with misogyny; most of Duncan’s adversaries are women, typically craven and power-hungry climbers (Duncan’s wife is conveniently deceased before the book begins, mercifully for Hillary who must have told Bill to leave her out of this mess from the other end of the breakfast table). A woman with short hair is said to possess “one of those styles I’ve never understood”; one of Duncan’s advisers has “a mouth like a truck driver” and is referred to as “my smiling knife”; the raccoon-eyed director of the CIA is introduced as “a spook through and through”; and Bach’s cleavage is said to allow “just enough bounce in her girls to make it memorable” (the girls are boobs). Later, she indirectly thinks to herself, “Sex? Sex to her was a price to be paid.”

It’s a fetishy enchantment with the rituals of power that drives The President Is Missing.

If The President Is Missing is one man’s quest to recover his mojo from the threat of scheming females and pussyfooting career politicians (“I’m on the side of the people who work around the clock to keep our country safe. The ones who aren’t thinking about optics or which way the political winds are blowing.”), it is also proof that lawless egomania is baked into the office of the presidency. President Duncan is an all-purpose-Übermensch of an action hero who takes on the Iraqi Republican Guard, stand-ins for Julian Assange and Bin Laden, and the German chancellor more or less mano a mano. The action scenes admittedly have a kind of boo-yeah factor that can be charming:

I turn to my left as the top of the squad car takes two bullets, thunk-thunk, and drape my body over Augie’s. I swivel my head to the left, to the right, to the left, searching through the darkness, more explosions from the sidewalk around us.

Boo-yeah! You don’t get thunk-thunk in Leaves of Grass. Surprisingly or not, there’s more than a few trickles of Trumpiness here, as Duncan sees adversaries infiltrating his staff, refuses international cooperation, rails against the opposition party, compares his perceived persecution by do-nothing DOJ elites to a Salem witch trial, and goes off-script (and off-radar), assured that he alone can rebuff the hackers, hunt down the extremists, and get the girl—his own daughter, naturally, described thusly: “I stroke the hair of my brilliant, strong, independent girl. She is a woman now, with her mother’s beauty . . .” But it’s a fetishy enchantment with the rituals of power that drives The President Is Missing, starring a heroic vigilante-in-chief, part strongman, part Chuck Norris. He may have patted down his balls with the Constitution, but what Duncan truly wants is totalitarian agency and the humiliation of his rivals:

Cheney was cursing under his breath for allowing himself to be treated in this way. Bill had not used lubricant so the penetration was painful on Cheney. Cheney thought about throwing Bill off of him, but he was tied to the table and he wouldn’t last long in a fight with the former president. He wasn’t exactly a young man anymore.

Dictators, of course, also write books. Saddam Hussein completed his fourth novel Begone, Demons the day before the United States invaded Iraq. Muammar Gaddafi released The Green Book in 1975, and Kim Il-sung is said to have published more than ten thousand poems, plays, autobiographies, and books about film. The President Is Missing is, on the one hand, a harmless airplane book and a flippant curiosity by an ex-president playing James Bond with the help of a legion of hack writers, who I certainly hope were well compensated for lines like “I put my hand on the prime minister’s shoulder. ‘So please relay that to President Chernokev. And please convey to him that I hope he’s feeling better.’ I lean in to him. ‘And then let’s see if you can help us stop that virus,’ I say.” But it’s also an indulgent white man’s daydream about casual abuse of power from a president famous for casual abuses of power. It goes without saying that The President Is Missing is utterly irrelevant, but it reveals that it doesn’t matter who holds the office. Sooner or later, all presidents are consumed by the temptation to defile—to alter reality with a few words, erase beauty, destroy women, and rule unchecked. Ironically, in 2018, the President is missing, and in the revelation of his basest urges, Clintterson’s book suggests that there may never have been a president at all. There may never have been a democracy. There may not even be, in the end, a country.

[*] Correction: This article has been revised to reflect that Winston Churchill’s 1953 Nobel Prize was not awarded for the publication of his A History of the English-Speaking Peoples, which was first published in 1956. 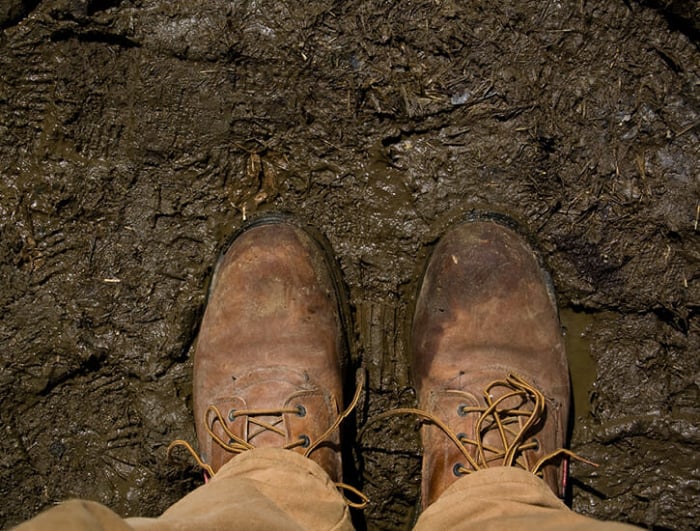 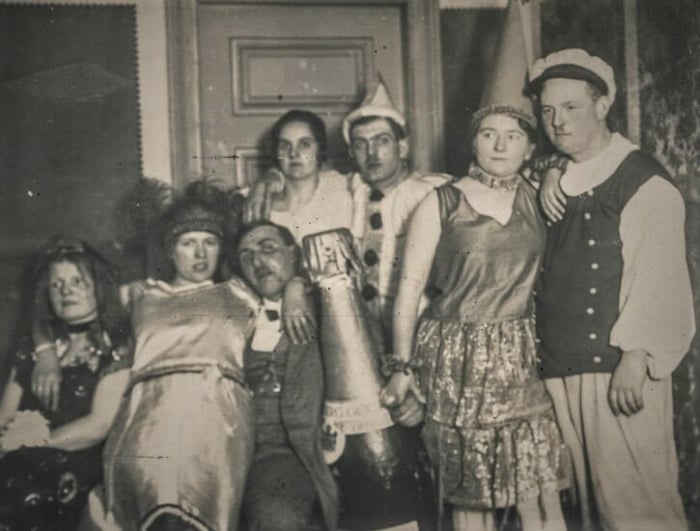 The Year of Our Baffler 2018
The Baffler
Word Factory