Close the windows, my mother would say as we drove inside the compound. Our little yellow car had the old cranks that got stuck, the glass refusing to go into the wedge. We had no air conditioning, either. I often imagined one of the free roaming safari animals—an elephant or a gazelle, perhaps—trying to sneak their enormous heads or trunk into our car before the windows closed. In my fantasy, I would shut them at just the right time, saving the day.

You had to get there early to catch the most animals. Once inside, we’d travel very slowly down the one-lane road, taking in the Safari Carabobo’s poor simulation of an African savannah—antelopes grazing, alligators sunning themselves, and graceful, forward-leaning giraffes nibbling on acacia trees. They were my favorites. My mom and I would point out giraffes we recognized from our last visit and wonder aloud about their well-being. Had some been eaten by the lions? Did some escape?

One time, a couple baboons ran toward us when they spotted our bright car coming into their turf. We knew the rules. NO FEEDING THE ANIMALS. But that didn’t matter: Venezuela was and still is a country of rule-breaking, where doing right by others casts you as a follower, a loser. There was no one around to monitor visitors, and so we thought it’d be cute to feed the animals to see how they’d react. I remember throwing bananas out the window, fast, lest the baboons stick their bony little hands inside the car. One grabbed a handful from the side of the road and jumped up, plopping his pink ass onto the top of our hood, proceeding to slowly peel a banana from the bottom up. He took big bites and stared at us through the windshield with deep-seated, beady eyes.

Then three other baboons jumped on top of the car and demanded some of his loot—screeching, shoving, and showing their sharp teeth to one another. With all that ruckus, a huge one showed up and climbed to the roof above us; by then, we must have had about ten baboons perched on top of our tiny car. All the monkeys quieted down when the big one settled up there. And when he had all their attention, when all the bananas had been eaten or thrown about, the alpha male took a long piss all over our roof. The yellow stream washed over our windshield and down the side windows.

It was not uncommon to hear about gory incidents involving children or overzealous adults approaching the lions at the safari. I remember a particularly grim headline on the cover of one of Venezuela’s largest independent newspapers El Nacional, which read something like this: “Kid Devoured by One of the Safari Lions, Third in a Year.” It was in this same newspaper that we found out that in the spring of 1977, one of the keepers at the safari had been charged and killed by the almost nine-thousand-pound rhino he’d been feeding for years. You’d think the rhino would have grown to appreciate this dedicated man. That he could have spared him. Theirs could have been a story with a different ending, about interspecies love. But we can’t forget these are wild animals, my mom would say. She’s always loved animals more than she did most humans.

These were the late years of the “Venezuela Saudita,” from the early 1970s until February 18, 1983—more on this date later—when the country’s economy was still flush with oil revenue. In the newspaper, we’d read profiles of rich families going to Miami for weekend shopping sprees; on our own trips to Chichiriviche beach, we’d watch pretty boys in their polo shirts steering brand-new yachts along the Caribbean coast. The Safari Carabobo had been the vision of one of these rich boys-turned-entrepreneurs, a scion of Venezuela’s largest beer, wine, and dairy companies. Roberto Cervini bought the once-agricultural lands outside the city and in 1976 opened the country’s second safari. (The first, on Margarita Island, stayed open for less than four years.)

We loved the safari. But the feelings we had for the businessmen behind it were more complicated. It was in bad taste to flaunt your wealth, my mom would say. We both knew, though, that if we could afford a brand-new Land Rover, we, too, would want to be showing off our fortune to others.

My mom, a Romanian, had met my dad, a Bolivian, in Bucharest in the 1960s. Together, they fled Nicolae Ceaușescu’s dictatorship. After a few years living in my dad’s native Bolivia, a military coup brought Hugo Banzer to power in 1971, marking the start of that country’s dependance on external debt. My parents fled once again, ending up in the then-longest running democracy in the region: Venezuela, where jobs were plentiful and the living was good. But as the years passed and the political and economic situation deteriorated, my immigrant, middle-class family swung awkwardly between aspiring to privilege and facing dispossession. My parents divorced. My mom could afford to send me to private school, but it cost a fourth of her salary as a basic researcher at a state university. We’d take road trips, paying the twenty bolívares (around $5) that it cost for us to get into the Safari Carabobo. And unlike so many others, even in those Venezuela Saudita years, we had a car and food at home and new clothes to wear and a camera with which to take pictures of animals.

Venezuela’s most valuable commodity traded in those years around $35 a barrel. Analysts at the time predicted oil prices could only go higher. But a global glut in oil production in the early 1980s stopped those fantasies short: Venezuela’s oil sales faced a drop of 30 percent, beginning a crippling cycle of debt to the International Monetary Fund and the World Bank. The rich, who had benefitted from oil-funded state subsidies to invest in fancy hotels and restaurants and tourist playgrounds like the Safari Carabobo, were now taking their money out of the country’s banks.

A single bolívar’s value was halved overnight one February day in 1983, and just like that, prices doubled. Venezuelans have a doomful name for this event: Viernes Negro, Black Friday. Overnight, the currency was cut by around 40 percent. By 1989, the last time we made it to the Safari Carabobo, our family’s meager savings had shrunk to one-tenth of what they once were. Most of my mother’s savings from her public university job evaporated, and some foods were now out of reach at the supermarket, as was my private school tuition. We went from middle class to broke. But still, we refused to imagine that we could end up destitute.

I was in first grade then, obviously unaware of how global dependence on oil was the single most important factor behind Venezuela’s growth, or how the political class had mismanaged resources and stolen from the state’s coffers. It’s Venezuela’s maldición, I’d hear: it’s curse. I was only seven years old but starting to notice that Caracas was flanked by shanty towns built next to freeways or directly across from high-rise buildings and gated communities with armed guards up front. But no one, not even the most informed adults, could picture how the rich would only grow richer and the poor poorer. That within a decade, someone would come to power promising a true revolution to complete the job of Venezuela’s military hero, Simón Bolívar, the Liberator himself.

More than any other visit, I remember going to the safari on an unbearably hot February Sunday in 1989—six years after Black Friday. My mother and I had hoped to take a break from a city that was boiling over with violent protests over the rising cost of food and public transportation. Neoliberal austerity measures introduced by then-president Carlos Andrés Pérez, meant to address the country’s growing debt and public spending, led to a drastic cut of fuel subsidies. Within a week, gasoline prices rose 100 percent; in turn, the cost of public transportation increased substantially. Enraged people took to the streets of downtown Caracas while the city’s police force was allegedly on strike, unable to respond to reports of looting. Ignoring the TV news and the advice to stay indoors, we jumped inside our little yellow car and headed out on the freeway. The roads were nearly empty and so was the Safari Carabobo.

We drove past the baboons and the giraffes roaming aimlessly in their fake savannah; we saw a couple of tigers soaking themselves in a cement pool. Then we spotted the rhino which had killed its caretaker two decades before. He stood all alone in a partly enclosed area at the edge of the grounds, facing away from us, as if he was a kid in school detention. We stopped the car to see if he would react. I remember how I couldn’t bear to look at his big, aging face. Here he was, growing old in captivity, as if he weren’t one of the most powerful beasts on the planet. As if he were a criminal.

The Safari Carabobo would permanently close its doors just months afterwards. It hadn’t been running properly, the newspapers claimed. In any case, people had stopped coming to the park, unable to afford the entrance fee. Most of the animals inside were dying of hunger and lack of care—and so were people in Caracas. We stopped watching the TV news: the footage got hard to bear. Before long, my mom and I left Venezuela, claiming that we’d come back when life returned to normal, when the protests died down and wages went up again. We knew this was a lie, a way to appease the friends who stayed behind. In the chaos of those months, before we abandoned our country and the safari gates closed for the final time, we heard that the rhino had been set free. No one ever found him again.

Ruxandra Guidi, a native of Venezuela, has reported throughout the Western Hemisphere for over 20 years. Her work has appeared on the radio shows PRI’s The World and NPR’s Latino USA, and in Orion Magazine, Virginia Quarterly Review, The Atlantic, The New York Times and other publications. She teaches at the University of Arizona and collaborates regularly with her partner, Bear Guerra, under the name Fonografia Collective. 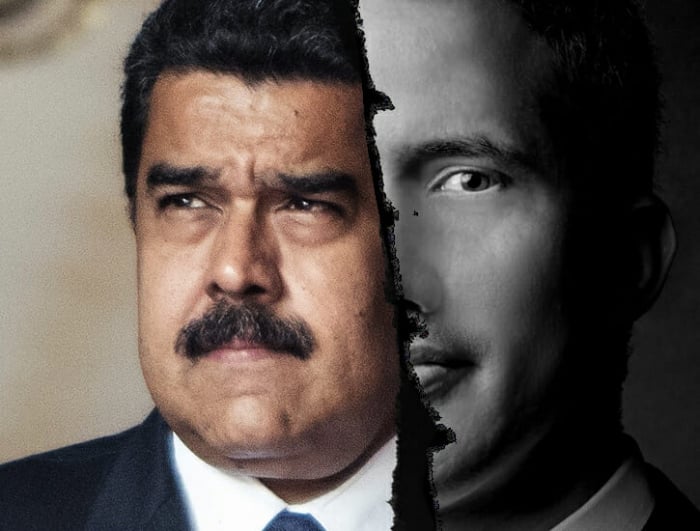 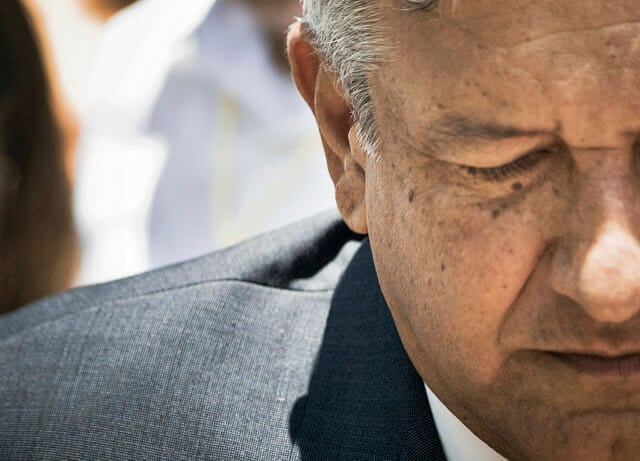