I remember knowing that my kindergarten classmates meant to hurt my feelings when they told me I walked like a monkey, and of course they did. I wasn’t exactly sure why it should hurt my feelings, however—after all, monkeys were my favorite animal. I had dozens of monkey toys. My parents recall that my favorite thing as a toddler was to go to our local miniature golf course to see the giant King Kong. But still I knew that when the other children compared me to a monkey, they were not doing it to flatter me. It was an insult. I understood that they were commenting on my inability to stand completely upright when out of my wheelchair—my failure to stand like a normal human being. I understood that being told I was like an animal separated me from other people.

When I use my mouth instead of my hands in public, I realize I am transgressing boundaries. The mouth is sexual. The mouth is animal.

The thing is, they were right. I do resemble a monkey when I walk. Or rather, I resemble an ape, probably a chimpanzee. This resemblance is simply true, as is the statement that I eat like a dog when I don’t use my hands and utensils. These comparisons have a truth to them that isn’t negative—or, I should say, that doesn’t have to be negative.

When I ask members of the disabled community whether they have ever been compared to animals because of their disabilities, I receive a torrent of replies. I am transported to a veritable bestiary of frog legs and penguin waddles, seal limbs, and monkey arms. It is clear, however, from the wincing and negative interjections, that these comparisons are for the most part not pleasant to remember. One friend shared that while she was growing up her mother told her she had a camel walk. “This was her label for me walking with my hands and legs on the ground—with my bum in the air like a camel hump. It never bothered me, and I’d say I had camel pride.” But then she went on to say, “I didn’t like being told by my stepdad that I had arms like a monkey.”

Animalization has long been used as a tool to segregate and police disabled people. We can see this in the “ugly laws” legislation that existed from the 1860s to the 1970s across the United States, which made it illegal for “unsightly” or “disgusting” people to be in certain public spaces. These laws were often intended to get rid of beggars, and at times overlapped with laws designed to clean the streets of stray animals. In her book The Ugly Laws: Disability in Public, Susan Schweik, a professor of English and disability studies at UC Berkeley, describes how anxieties about disability, as well as poverty, class, race, gender, nationality, and animality all intersected in these laws. In some instances, human beggars were compared to stray dogs or other animals, and Schweik suggests that “the threat of unsightly beggars who might spread disease or bite the hand that fed them got phrased at times as a problem of animal control.”

The ways disabled individuals move when we “crawl” or “walk on all fours,” the ways we sound when we “screech” or “howl” or “make strange noises,” the ways we lack control when our bodies relieve themselves at inappropriate times, the way we transgress social etiquette by “eating like dogs,” the way we fail to stand erect on two feet—all of these things have been used to confirm disability’s perception as an “unruly,” “beastly,” and “animal-like” state of being.

Animality is integral to humanity. I do not mean this in a metaphorical way.

Is it possible to reconcile my own identification with animals with the fact that animalization has contributed to unspeakable violence against humans?

Scholar Mel Y. Chen writes that when humans are compared to animals, they are not being compared “to that class of creatures that includes humans but quite the converse, the class against which the (often rational) human with inviolate and full subjectivity is defined.” Animals make powerful insults precisely because we have imagined them as devoid of subjective and emotional lives that would obligate us to have responsibilities toward them. Animals are a category of beings that in the Western tradition we have decided that we rarely, if ever, have duties toward—we can buy them, sell them, and discard them like objects. To call someone an animal is to render them a being to whom one does not have responsibilities, a being that can be shamelessly objectified.

Perhaps we need to ask how we can assert both our humanity and our animality. How do those of us who have been negatively compared to nonhuman animals assert our value as human beings without implying human superiority or denying our own animality?

On some level identifying as animal has always felt right to me. As a small child I went through a short period where I would bark like a dog when people spoke to me. I didn’t do this out of shyness; according to my parents, I did it because I truly wanted to be a dog. My parents were understandably horrified. Not only did they have to deal with the social implications of having a small child in a wheelchair, but now she was barking, too.

I’m sitting in a cafe in downtown Berkeley as I write this. I have retrieved all of the objects I need from my bag and arranged them on the table in front of me. To do so, I had to put my mouth on the edge of my computer pad and bite down, wiggling it loose from my bag. I then pulled it out and laid it on the table, reached for my keyboard and did the same. I repeated this a few more times until I had everything I needed.

When I use my mouth instead of my hands in public, I realize I am transgressing boundaries, not only of able-bodied etiquette, but of the ways in which one is supposed to inhabit a human body. We use the mouth for language and for eating, yet it is deeply private, an orifice containing germs and breath and slobber. The mouth is sexual. The mouth is animal.

Hands, however, are human. Humans are supposed to have opposable thumbs and dexterous fingers. Like walking upright on two legs, human hands have been said to represent our big brains—as hands make and use tools, they opened the door for human culture to emerge. Hands represent our physical agility and separateness from other species.

I feel animal in my embodiment, and this feeling is one of connection, not shame. Recognizing my animality has in fact been a way of claiming the dignity in the way my body and other non-normative and vulnerable bodies move, look, and experience the world around them. It is a claiming of my animalized parts and movements, an assertion that my animality is integral to my humanity. It’s an assertion that animality is integral to humanity.

I do not mean this in a metaphorical way. It is not that we are like animals or that the idea of animals is integral to who we are—although both claims are true. It is that we are animals. A fact so boringly commonplace that we forget it—perpetually.

When I rummage through my purse with my face, sometimes getting spit on my cell phone or accidentally ingesting something unpleasant (though not as often as one might think), I remember twentieth-century sideshow performer Otis Jordan, who called himself the “Frog Man,” and the other freaks I hold as role models who move and use their bodies in beautifully strange and unique ways. I think of my roots, my heritage, and the crip community I call home. And I think of animals—pigs who root with their noses, birds who build nests with their beaks, and Bailey, my dog, who like so many other animals likes to make his bed. Bailey enjoys nesting, and since he doesn’t have hands, he uses his mouth to create the perfect sleeping pile. He grabs the edge of his blanket in his teeth and pulls it this way and that. Sometimes he’ll paw at it, but for the most accurate positioning he uses his mouth. Watching him do this, I feel a visceral understanding of his movements. It is not that I think I know what it feels like to be him, but rather that I recognize we share some similar gestures and perhaps also, despite our sensorial species differences, similar sensations—of taste, of sight, of smell. We are both animals.

Excerpted from Sunaura Taylor’s new book, Beasts of Burden: Animal and Disability Liberation (New Press), out on March 7. ﻿This passage, which is condensed, comes from Section Three, “I Am an Animal.”

Sunaura Taylor is an artist and writer living in Oakland, CA. She is the author of Beasts of Burden. 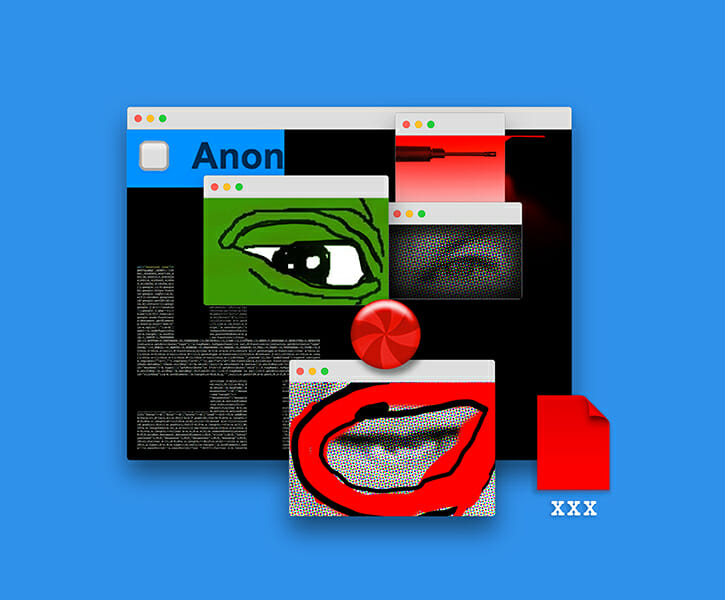 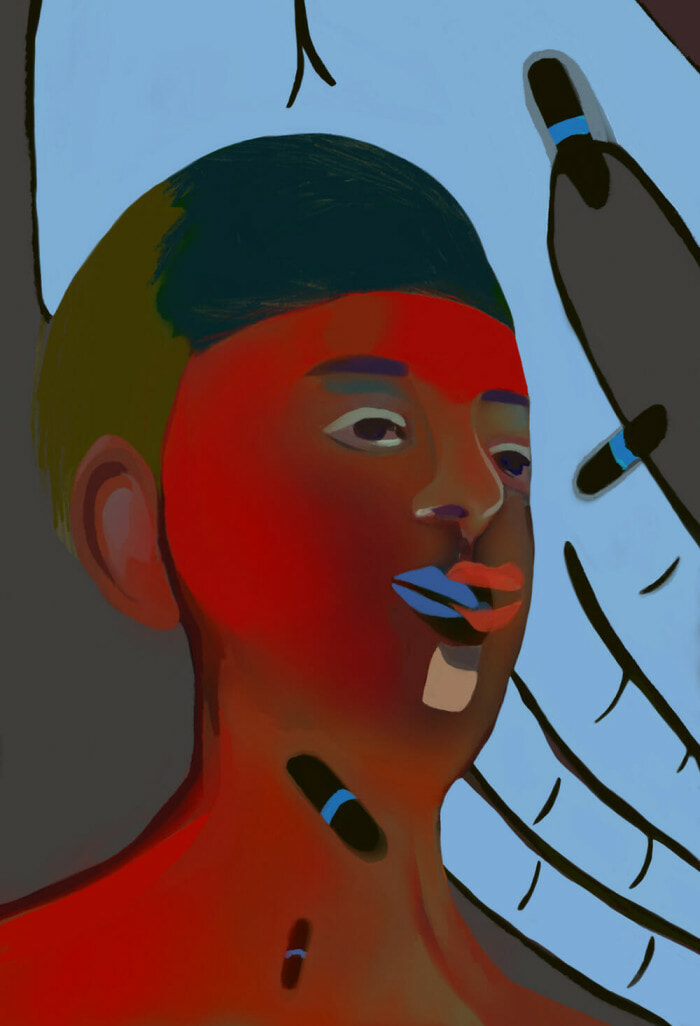 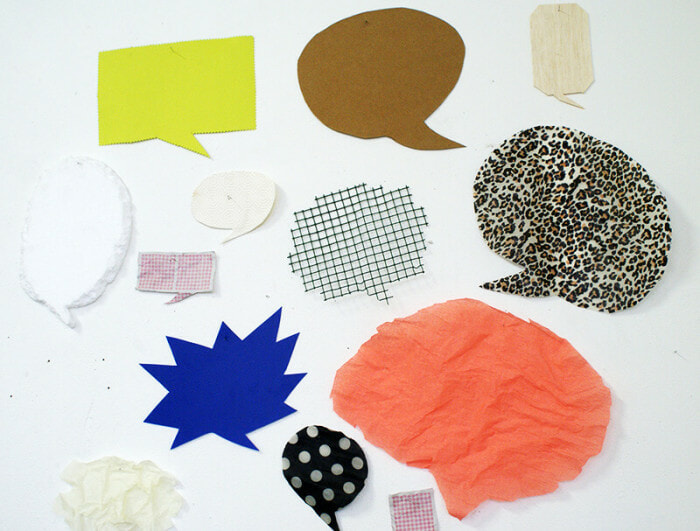