A year in the face.

A few books got stolen I think. Strange to be made paranoid by someone who claims to be paranoid.

He was going to help us out with the next leg of the project.

I just had a thought that seemed obvious. About books. A book can be about anything. A book might also never be opened.

I was mostly angry all day so I hid.

To Truth or Consequences, August 7

The to-do list has been growing since getting here. The pile of supplies is growing with it, so much so that there’s nowhere flat to put anything until we start using some things because we can make room to organize so we can work more efficiently.

I’m stepping away from our camp for the day to pick up a glassblower a day’s drive away. He’s been staying at a motel famous for its mineral baths.

Olive and I have been set up at the homestead about a month now. It’s just a couple of recently fixed-up trailers behind a tomato greenhouse, all rented to us for the time being by the tomato farmer, until we finish building two miles up the road or until he sells the trailers. We can keep some supplies here, otherwise we have to keep everything at the worksite at the edge of a thin little mountain.

I like this trailer. I thought about it on the drive to T or C, and how I wanted to buy it after, if we could think of how it made sense. If we could cash in on the great metaphor. I keep calling it that. But it means nothing. There’s no more room on any shore. I’ve always wanted to build a lighthouse, so I am here. In the desert where at night it can feel like the shore.

I worked at the gardens today some ways into town before heading out in the early morning in exchange for a nearly unused generator they didn’t need anymore.

When I got back just a little while ago with the expert glassblower, the cats were in the yard.

Certain pales of yellow and blue.

Today the desert had sucked in all sounds.

And in town getting water and fruit on the way back, everyone was walking around shielding their eyes from the sun, even in the shade, out of habit. I feel the heat pull a drop of sweat from my chin.

Writing now, I remember how having to skip lines when writing by hand a long time ago helped me think.

We needed to get a good view. Two hills. One across the gulch from the other. It could only peek out so much.

We’re surveying. Olive’s got all the equipment set up. I feel useless compared to her skills. She told me I could spot her.

When we first looked to come here, we rode horses down below where we are now. Promised we’d see snakes, but all we saw was a white-roofed mansion, where one of the world’s most famous musicians had lived with his wife until she died. He still owns the house, but he’s never been back.

We’re, by some small chance, standing between a Key lime tree and a Meyer lemon tree twenty yards to each side of us.

I changed my handwriting up, and when I looked at it I liked it. I wanted to keep it forever. I debated for a while if it was smart making a drastic change like that in the middle of a project that requires me to make so many notes. I thought maybe it could throw things off or, on the other hand, it could bring a much-needed freshness. Or maybe I could write in two handwritings so on paper it looks like a conversation is occurring.

A new way to hold the pen and everything. New to me at least. But my hand got sore as I was experimenting, so I let it go and went back to how I used to.

I slept in today to stay cuddled up. I know it’s still a week away, but Olive is going to the Midwest for a little. So I’ll have to work smart when she’s away.

Maybe I’ll read now until the french fries are cooked. Or I’ll keep writing. I’m forgetting something. Allergies were so bad that I oscillated between cloudiness and clarity—even enjoying the weather.

Something I haven’t seen in a long time: a fish tank in a waiting room. Waiting for what. The tableau always looked better than the tableau.

They think it’s been Valley Fever that’s cropping up.

Maybe I can get us a fish tank for the lighthouse or for the trailer if we stay.

List of possible things I wanted to remember: blue wasps, dusty green plants, dark shade, warm watercolor sunsets—could count on every night, a well-stocked grocery store, a field of London rocket made from glass, a street dead-ending in the open desert, a mesquite valley in moonlight, summer pavement waves coming off creosote, lawn chairs stuck in the branches of a piñon tree, light sweeping over the small circular valley below, all the brush and cacti like coral reef.

I was mad that afternoon. I got the feeling I’d lost something. I really hate that feeling. I know it was packed because I packed it. Days before we started packing I’d sketched out a few possible lists and made diagrams conceptualizing ways to organize what we needed to bring. I was the one who packed it, but now I don’t remember where exactly I packed it because I tried packing it in a couple of different compartments in a couple of different bags, so I could find the best place to keep it safe for the trip and so the space afforded by the few bags could be used in the best possible way.

And I knew I’d let it ruin the day, and that didn’t help.

And I ended up thinking that I lost a couple other things.

Olive said to say misplaced and not lost.

Then I realized I’d been vague all day too, and that didn’t help.

We had to take a flight. So we did. We flew quietly. Each of us was quiet. I think we were in good enough moods though, just quiet. There was noise obviously, but in my head, picturing the flight, there was no sound. Actually, there was less a quiet than a feeling of the sound having been sucked out.

It got earlier as we got closer.

And when we got here, that’s when I worried about losing things. I looked through every bag. I couldn’t believe I was wasting all the time we gained flying west.

But after a while, I drank a hot chocolate in the heat and liked it, which I hadn’t done in a while. Or maybe ever.

I did some reorganizing—the plans, the permits, the contracts. Hung up the sketch of the lighthouse.

I feel uncomfortable and easy to take advantage of, I wanted to step hidden like a pink pelican into mountain shade.

It’s an important light meter. It’s approved by the authorities that needed to approve it, something to do with space and astronomical observation here. The light meter is calibrated to some set of specifications to measure the lux of the lighthouse as accurately as possible, to make sure the light the lighthouse emits won’t be bright enough to interfere with any of the astronomical studies. These authorities also require that our light be angled downward at all times. 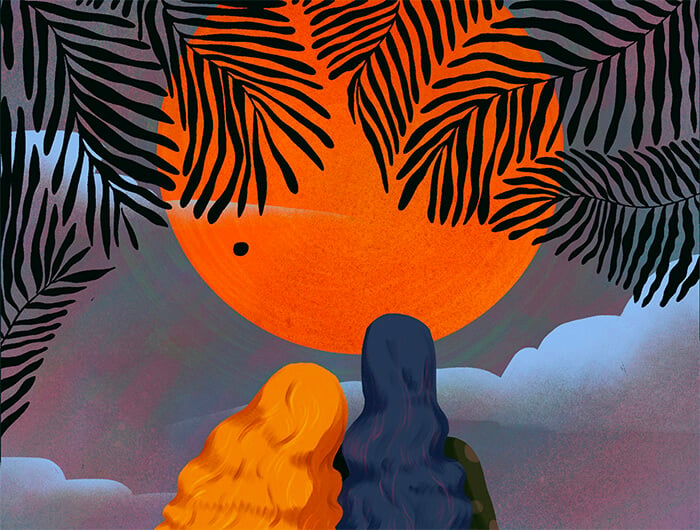 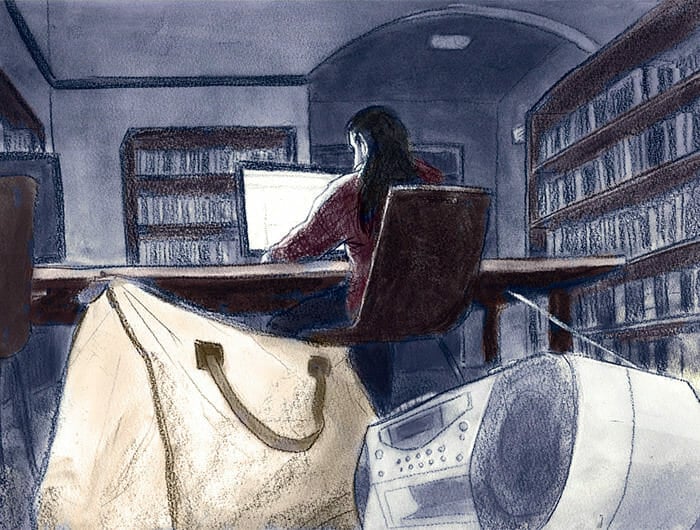 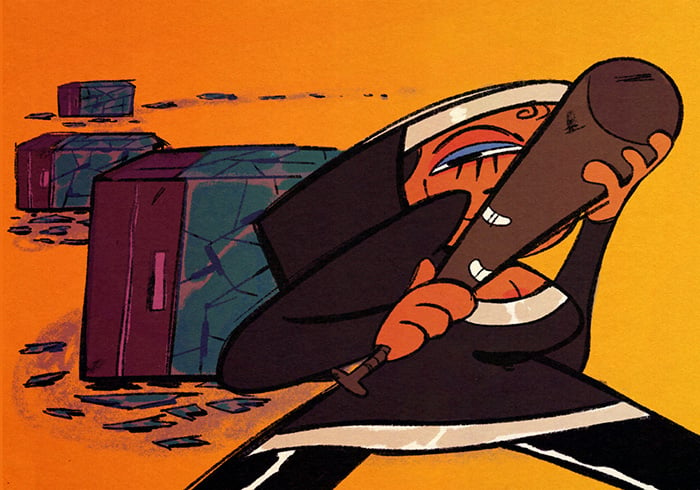 In This World You Have to Sell Something
Carley Gomez
Fiction