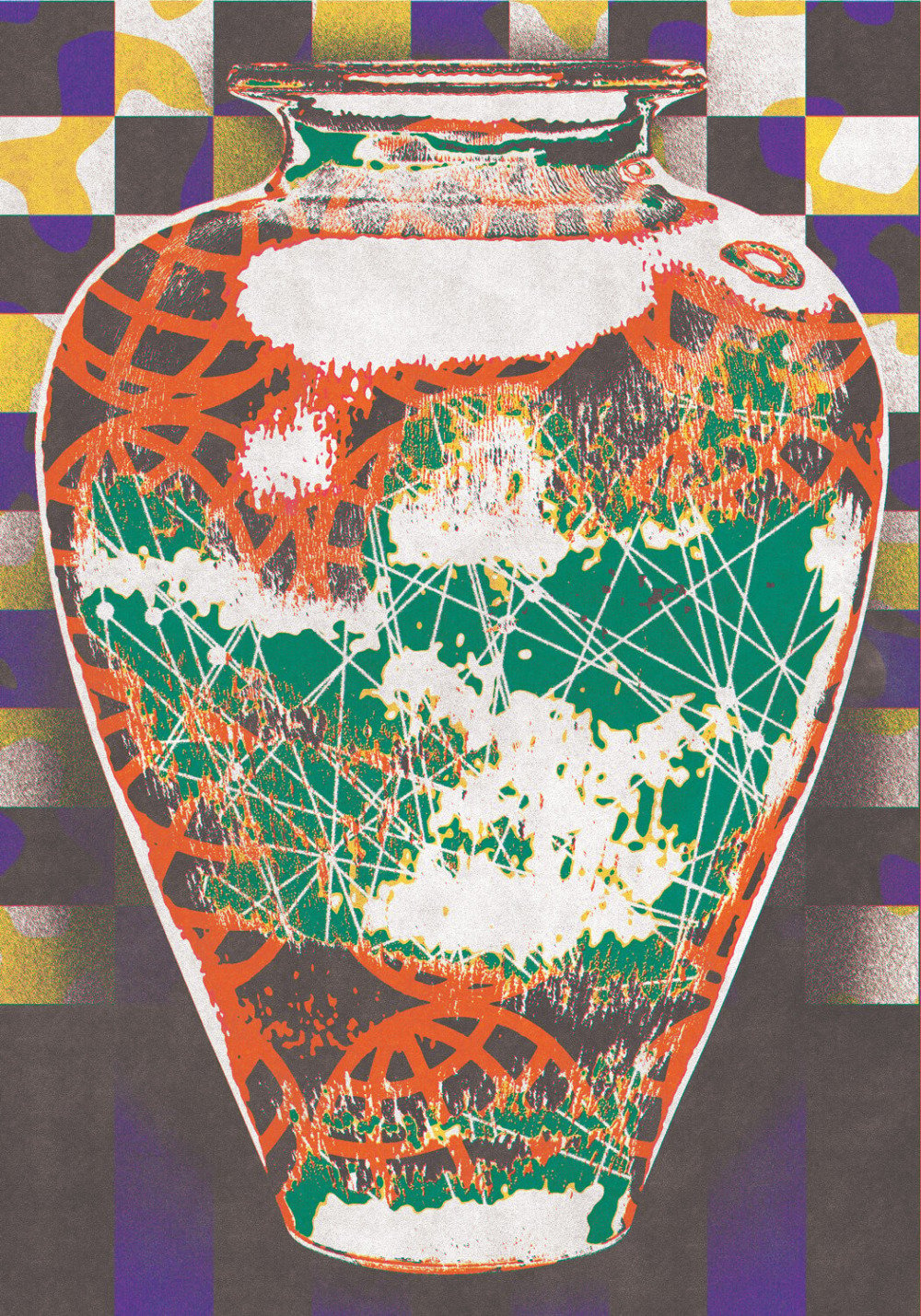 It is my displeasure to write this note fifteen days ahead of the U.S. election. I do not know if state polling has improved since 2016, if Biden and the Democrats have by now ridden the blue wave, or if another shock Trump victory has led to civil unrest. If Biden and the Democrats have failed, it will have been at the enormous cost of waylaying a soft form of American socialism that would have improved lives and kept people alive. Should the Republicans have retained the Senate and the presidency, they will exercise their mandate with hazardous abandon, and lives everywhere will be spent like money. I’m not sure what will have happened when you read this, but I suspect the Democratic Party is on its way to power. And I’m certain that if they are, they will pursue their mandate with some abandon, and they will spend our lives like money.

In January of 2017, two days before Trump’s inauguration, Biden spoke to the World Economic Forum in Davos, where he attacked despotism and called for the defense of “the liberal international order.” It would be easy enough to find headlines in today’s newspaper that suggest a relative merit to his position. The European Union is about to face the repercussions of a no-deal Brexit. Russia and the United States have just failed to agree on an extension to the New Start nuclear arms treaty. The OECD has released a report that shows the flow of migrant labor, and so the quality of life for migrants, is in decline because of Covid-19 and sweeping anti-immigrant restrictions in the United States and elsewhere. Any of these problems could be seen as the result of a dark if temporary revolution in the order of things, a turn toward nationalism and rash antagonism that requires correction. It’s true that these problems need to be fixed, but Biden’s “liberal international order” is not the solution. It’s a blue hat with a nostalgic slogan on it.

The spine of the liberal order is the global supply chain, a magical formulation that is meant to make us believe capitalism has an organized nervous system we can study.

The spine of this liberal order is the global supply chain, a magical formulation that is meant to make us believe capitalism has an organized nervous system we can study. The supply chain is written about and thought about as an organic structure shaped by the markets and supported by reasonable states and leaders who appreciate the balance between competition and cooperation. In recent years, much of the content of liberal newspapers like the Financial Times has been devoted to news and analysis and commentary that implicitly calls for the maintenance of the supply chain and its tributaries through investment and multilateral agreements. The promise of Biden is a return to the efficient production and distribution of goods and services along this chain, and so to the jaunt of progress.

It’s not so much that the supply chain isn’t real—it’s just the aggregate processes of production throughout the world. The problem is that Covid-19 should have wrecked this myth for anyone who still believed in it. Through March of 2020, six of the countries leading the Covid-19 death count were among the ten richest in the world. “[A]cross the globe,” the Financial Times wrote recently, “coronavirus outbreaks have repeatedly been linked to companies with the worst working conditions, shining an unflattering light on the supply chains of developed nations.” The uneven distribution of Covid death among the poor and the marginal in these countries, far from explaining this away, merely proves that the smoothest operators of global capitalism are nations with rotten underbellies—those that have found a way to hide the violence that surfaces against workers at the nodes of global production. This month, a joint study from Harvard and the University of Pennsylvania concluded that the excessive Covid-19 mortality rate in the United States “may have been a result of several factors, including weak public health infrastructure and a decentralized, inconsistent US response to the pandemic.” The “inconsistent response” could be chalked up to malfeasance on the part of the Trump administration, but decentralization is largely about the unmapped and unregulated U.S. supply chain and the ideological unwillingness of those in power to use it to save lives. It’s a position that is every bit as liberal as it is Trumpian.

Acquiescence to the global supply chain is now what passes for the mercy killing of millions.

In “Of Parties in General,” David Hume wrote that absolute monarchy was “the easiest death, the true Euthanasia of the British constitution.” Acquiescence to the global supply chain is now what passes for the mercy killing of millions. This much was introduced to Americans in the form of “essential workers” whose lives were blithely tossed into the risk pool from the beginning of the present crisis. But the cogs and wheels of this death machine were set in motion decades ago—Obama and Biden and other leaders of the “liberal international order” helped grease them. In 2016, the Hult International Business school published research suggesting that 77 percent of companies suspected that “modern slavery” could be found in their supply chains. Peter Hugh Smith, an investment fund chief, confessed to the Financial Times, “In reality, we think it’s closer to 100 percent.”

Of course, liberalism has historically abided slavery. It’s because there is a sickness inside it. No matter what is said about justice as fairness, Biden will never bend the arc of history toward either. And no liberal will attempt to slow the juggernaut of finance that mows us down—they’d rather pump it full of gas. It’s endemic to the liberal philosophical position to look away and pretend that improvement is matter of sticking to the liberal international order and its blueprint for progress. In 2018, Steven Pinker, one of the most cited liberal persuasionists, managed this ode to capitalist prosperity:

Thanks in good part to prosperity, humanity has been getting healthier, better fed, more peaceful and better protected from natural hazards and disasters. These advances have made humanity more resilient to natural and human-made threats: disease outbreaks don’t become pandemics, crop failures in one region are alleviated by surpluses in another, local skirmishes are defused before they erupt into war, populations are better protected against storms, floods, and droughts.

“We know that infectious diseases can be extinguished,” Pinker adds later, “and many are slated for the past tense.” If you thought Trump and his faction were dangerous lords, you’d have to say the same about the prospect of a Biden presidency premised on a liberal return of the repressed.

But what of the left? No orthodox political orientation has survived this year undazed. There have been small victories, as usual, and larger defeats. There is the predictable left melancholy, now embellished by a heavier and foggier sense of grief. But we’ve also seen a willingness to learn from the glut of information leaking out of the cracks in the world-system. Members of international organizations like the WHO and the World Bank and the United Nations are responding to this dismal state of affairs the way managers and technocrats always do, by publishing hugely misleading reports. Still, there is information to be had, and a new clarity is forming around the global supply chain and its capacities. Old debates about the uses and abuses of the state have not died, but the strategic seizure of the processes of production—whether through political representation and the power of the state or other means entirely—has returned, for the time being, as a livelier option. If factories can shift from producing cars to building respirators, as Andreas Malm has written recently, they can also be mobilized against climate disaster.

The essays in this issue of The Baffler, which we’re calling “ReGlobalization,” are not set moralistically against American domestic controversies of the sort weirdly churned out during presidential elections. There is no attempt to be more global than thou. And none of these contributors knew, as the reader does now, who was going to win the election. But taken together, they do acknowledge, as David Bromwich argues in Writing Politics, that “the idea of a good or tolerable society now encompasses relations between people at the widest imaginable distance apart.” And their response, if I may speak for them, is “no shit.”