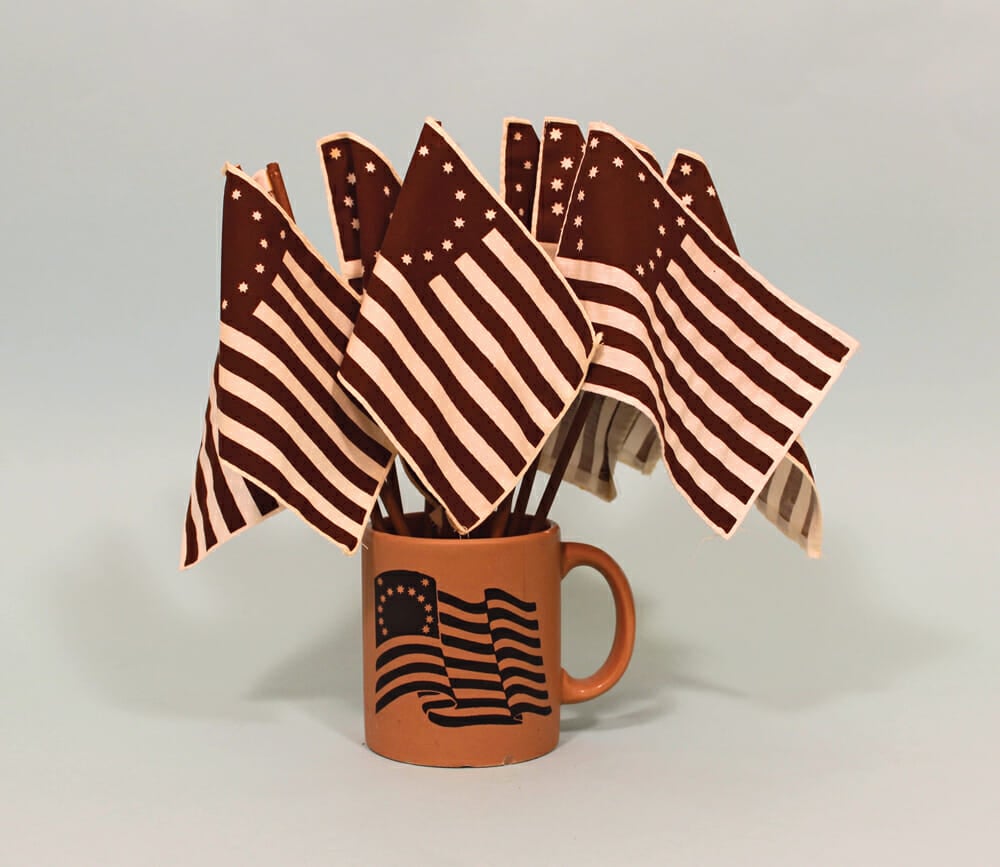 The backlash against liberalism was thirty years old when this magazine dedicated a special issue to it in 1999; today it has been running for a full half-century and it is ready for its testimonial dinners and commemorative postage stamps. In its early days, the backlash was startling and strange: it was ordinary people siding with the Chicago police when they brutalized protesters; it was the hardhat as a symbol of reaction; it was a Republican presidential candidate claiming to speak for the “silent majority.”

The common man appeared to be in open rebellion against liberalism, and it was no passing tantrum. Dozens of tax revolts and busing riots and flag battles later, The Baffler tried to gauge the volcanic perversity of the spectacle. Populism, we thought in 1999, had once been a phenomenon of the left; it was a mobilization of the people united in outrage against bankers, industrialists, or just “the establishment.” How had it come to pass that middle-class Americans now poured into the streets to demand that the taxes of the rich be cut or that the coal mines be deregulated? And how could the backlash keep going as it dismantled the middle-class arrangements on which its fantasies were based?

Well, continue it did. Today a spiteful disciple of Richard Nixon’s law-and-order agenda sits in the White House. The shade of segregationist George Wallace stalks the land, and the crypto-racist spirit of the white backlash is playing on TV all day, every day.

In one sense, I guess, we can finally say that Americans understand this. Among the bien pensant theorists of the liberal “Resistance,” everyone talks about “populism” today, and everyone is against it. For the high-born and the well-graduated, the word is perfect—in one drive-by slur, it brings together all that is not-them: the racist and the rural; the uneducated and the left-behind; the clueless billionaire president and his adoring proletarian throngs. Today it is the dread of populism that causes the foundation dollars to flow and the murmurs of agreement to sweep the well-heeled audience at Aspen or Davos or SXSW.

The incandescent perversity of the thing, however, is completely lost to populism’s growing chorus of detractors. In 1999, we thought right-wing populism was a historical mystery that needed to be unraveled and understood; in the minds of its legions of analysts today it’s no mystery at all. For them, the common people’s incomprehension of liberal values is as unremarkable and self-evident as is the superiority of Yale over Southeast Missouri State. Populism, much of our ruling punditburo now believes, is a creature of the ill-informed right by its very nature. Bring aggrieved plebes together in movements and mass rallies and of course they will start chanting the name of Trump. That’s just who ordinary Americans are. In this democracy, it’s the people themselves who are the problem.

This is the reason that so many of the prized manifestos of the left these days resemble nothing so much as ritualized scolding—or, rather, concerned letters from mom gently reminding the lowly of their precarious place in the New Economy hierarchy. Before long, chide the solons of liberalism, they’ll have to retrain and repatriate to one of the coastal warrens of tech monopoly and lifestyle liberalism—places where they don’t look too fondly on MAGA hats.

At the other end of the ideological spectrum, meanwhile, the Tea Party movement of 2009 is now in the midst of a full-on populist makeover. Never has there been a phonier, more transparent bid to mislead an angry public. Supposedly a protest against bank bailouts, it was actually launched from among the futures traders on the floor of the Chicago Mercantile Exchange—and then backed to the hilt by Beltway libertarians looking for a way to distance themselves from the badly damaged Republican brand. The movement’s Number One heroine, Ayn Rand, spent decades dreaming up ways to express her contempt for democracy and its beloved average citizen. The Tea Party movement’s great demand for solving the problem of out-of-control bankers—more bank deregulation—seems to have been developed as a kind of thought experiment to gauge the outer limits of human gullibility.

Yet in the fast-growing field of populism studies, the Tea Party movement is widely understood to be the realest deal there is. This is what populism looks like, the new Trump-addled cohort of populist diagnosticians confidently tells us; indeed, it is an almost perfect example of the species. That anti-bank catechism the founders of American populism preached in Kansas a century ago is the outlier, the mystery. That faith in “the people” that built unions and fought World War II is something completely forgotten. Don’t call those things “populism”; don’t even think of them at all.

The story of how racist right-wing demagoguery came to be the meaning of “populism” rather than a perversion of the populist impulse is a fascinating one, but what’s even more critical now is the implication of the change.

What does it tell us when liberals, faced with epic political corruption, spectacular bank misbehavior, and towering inequality, take that opportunity to declare war on populism? It tells us that they’ve lost any sense of their own movement as an expression of the vast majority. It tells us they have no idea why they believe they should be entrusted with power in the first place. And it reminds us that their particular brand of class-based self-delusion is a luxury that the rest of us can ill afford.