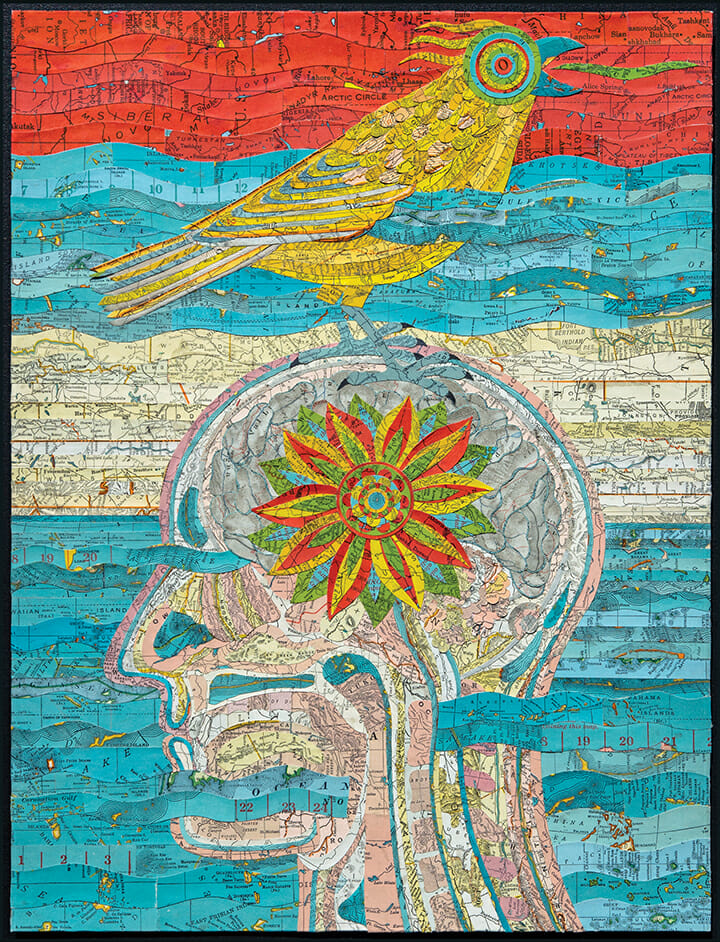 David McLimans has contributed significant art to these pages over the past few years, most recently the cover of the previous issue, The Baffler no. 24.

He died this year on the first day of spring.

It’s one thing to lose a close friend and quite another to experience the absence of a true collaborator. David was one of those rare illustrators to whom I could assign most any problem for visual remedy. He would man the doors of perception, open windows of insight, and, if called for, blow the damn roof off the house.

However, David was never one to express anger, at least visually. Rather, he employed bemusement, creating art that mattered, inviting the viewer to enter into an understanding through the deft application of symbolism, texture, and color, along with an exquisite sense of form and composition.

And in that, the artist still lives, speaking from the remains of his art, yet illustrating our sometimes human condition. This page displays but a few samples of David’s work, created in sympathy for a world that’s now ours, all ours.