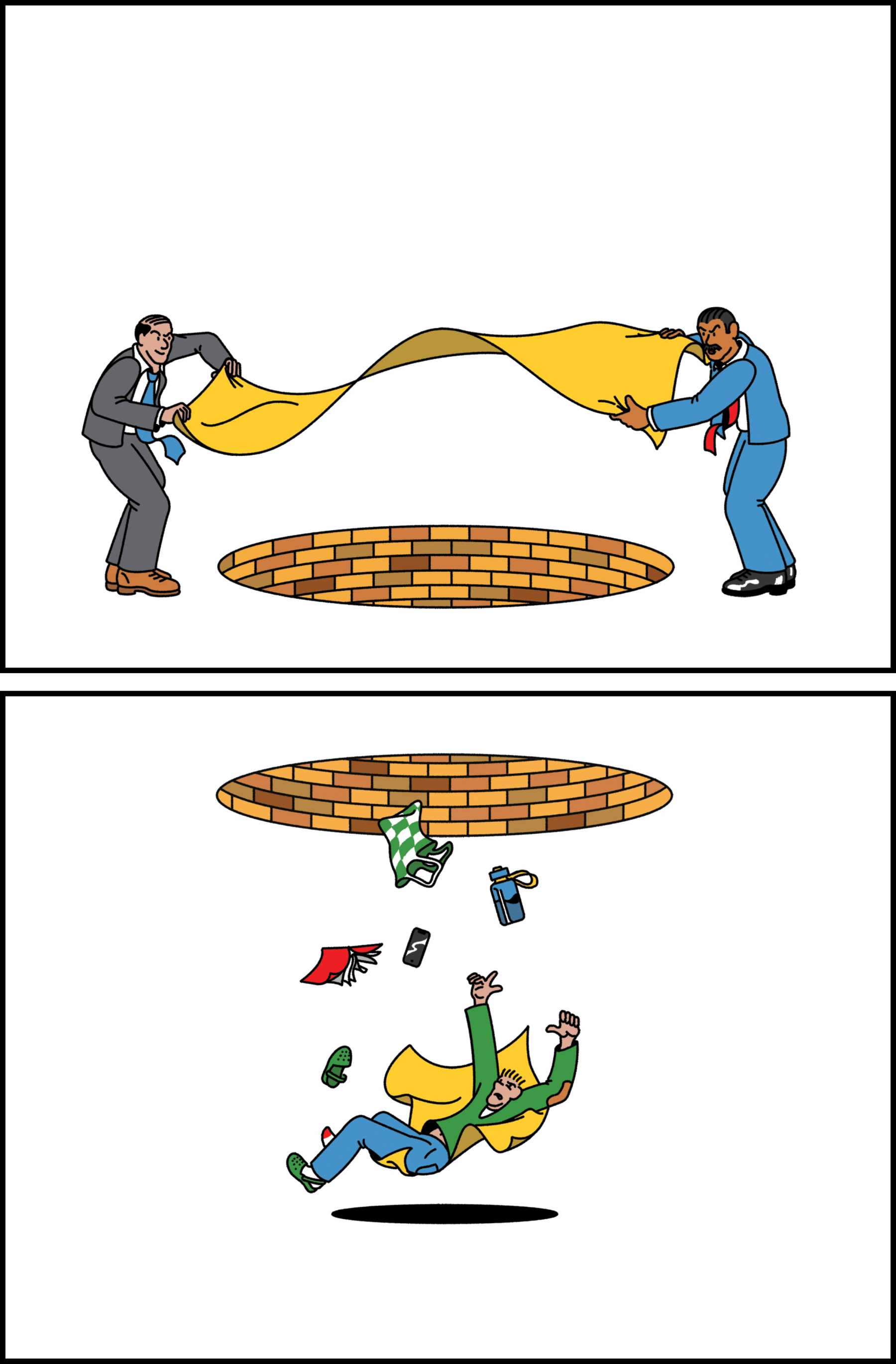 “Our literary elites may all come from the same expensive institutions,” Jessa Crispin writes in issue 62 of The Baffler, “but they are all working stiffs in their own minds, pretending to feel solidarity with the working classes.”

Crispin’s remark may explain two of the silliest observations to do with literature that I have ever heard, both recently, which we can just call Yale and Harvard after the people who made them. Yale: Fiction is fake happenings or “lies” that take place in made-up worlds. Harvard: Reading literature is hedonistic and passive, unlike politics. When Yale and Harvard get together, watch out, because nothing literary or political happens. It makes them feel like common people.

Literary elites are old enough to hear this: fictions are not worlds or lies but rationales that bring together impressions, sensations, arguments, and lots besides. Politicians, oligarchs, sextons, and janitors routinely junk fictions for parts in order to get things done, implying not their fakeness but their realness. Bezos loves The Expanse, a multi-novel science fiction about resource-extraction and human space colonization, though why is anyone’s guess. Zuckerberg’s Meta and metaverse, both company name and idea, were ripped from Neal Stephenson’s science fiction novels, flat and dry as paper. That these shitty readers and shitty novels have had such an effect on our world is politically bothersome; on the other hand, there’s democratic hope to be had in the idea that everyone reads this way, which is to say actively and with or against pleasure.

Many writers in this issue are first readers who approach a fiction, or even literature itself, as a collection of scenes of instruction. Lucy Ellmann, in “My Study Hates Your Study,” compares literature (and art more broadly) to a “last wilderness” unspoiled by science and technology; for her part, Crispin describes the institutions of contemporary publishing as “dead zones incapable of innovation . . . How does one expect to find something wild in a plot of feed crops constantly doused with herbicides?” Lucy Ives, writing about the fiction of Dodie Bellamy, follows the nonexistence of the clitoris in fiction to a startling revelation on the mirror-like emptiness of sex. Wen Stephenson links the scandal scenes of Dostoevsky to a moment of profound domestic horror in his own life.

Other writers approach political rationales as fictions (and not merely as falsehoods). Writing about the grave history of human contagion, Ben Ehrenreich explains that the science surrounding aerosol transmission was never “a noble crusade against superstition, as modernist mythmaking would have it, but a political struggle.” Maxwell Burkey unwinds the civil religion of postwar American patriotism, finding a literary genre with its own Christs and perennial left-wing devils. Sophie Lewis, in our opening salvo, takes to task a historical feminism whose exclusionary fiction of womanhood has made very real ways of living “impossible to knit into the story.”

You’ll find here no justification for a literary culture that could select, as New York Times Book Review readers did, To Kill a Mockingbird as the greatest novel of the last 125 years. We’re rather interested in the fictions that would sustain (or undo) such a culture, because it’s one where, as Ives writes stunningly, “American English has been bent and zombified by the need to name an ever-widening object-world that in turn inspires an ever-widening array of bizarre behaviors designed to manage all the stuff.” I can’t help but feel this has something to do with Harvard and Yale.