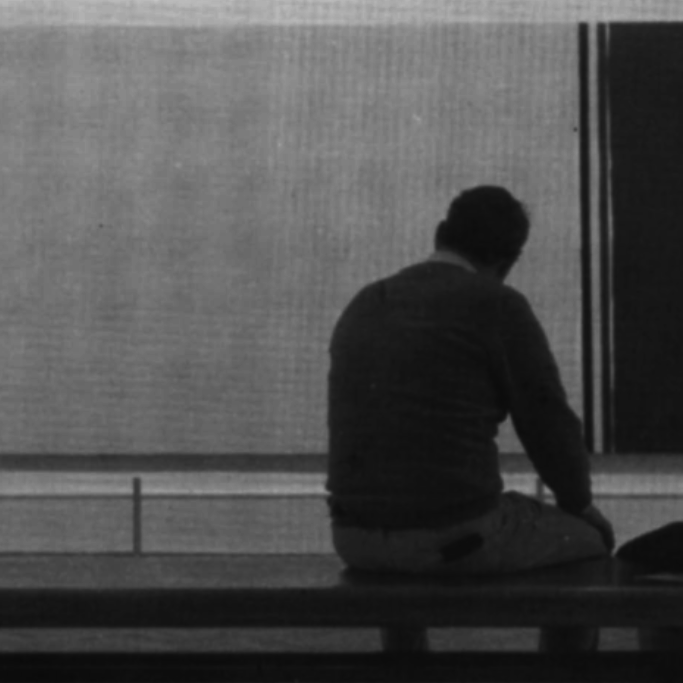 Nothing speaks more plainly of the entertainment plutocracy’s “institutional avant-garde” than their own public relations puffery. The Philip Morris Company, Inc., recently ran a full-color two-page advertisement on the inside cover of Harper’s magazine for the “Next Wave Festival.” It read, in part:

The Wailing of Qawwali, Roller Skaters, Mega-Decibel Machine Music, Live Chickens. . . And Let Us Not Forget the Goat.

You betcha! This is the Next Wave Festival. The next frontier of the visual and performing arts.

This is a window to Tomorrow. Dazzling. Exhilarating. Controversial. Perhaps even incendiary. (Has there ever been a significant new movement in the arts that hasn’t driven traditionalists stark, staring mad?). . . .

If the Next Wave Festival should start minds ricocheting at new angles. . . then there will be quiet rejoicing at all the Philip Morris companies, whose people light creative fires in many fields. In Enterprise as well as the Arts.

AT&T, the sponsors of the recent Robert Longo exhibition at the Museum of Contemporary Art in Chicago, took out big ads in the Chicago Tribune to slaver over their chosen avatar of the avant-garde in remarkably similar terms:

Art from the dark side? Or the cutting edge of creation?. . .

The spectacular art of Robert Longo is causing debate and making viewers stand back and take notice. Of the power with which he brings together drawing, painting, sculpture, music, and video. Of the impact with which he challenges complacency. And of the audacity with which he assaults our senses.

For 50 years, we at AT&T have made it our business to put artists and audiences together. Often the result is applause. Sometimes gasps. Always spirited communication. And communication, after all, has been our business for more than a century.

These notices, with their slick post-modern graphics and their adman’s prose, provide us with a startlingly apt opportunity to renew THE BAFFLER’s battle with the false avant-garde of contemporary art. On the surface, the ostentatious public homage paid by certain corporations to “Next-Wave,” the “cutting edge,” and “audacity” in art seems very peculiar. Art and business are ancient enemies, or pretend to be, anyways. For years avant-gardists have made careers out of simple schemes for shocking the bourgeoisie, the benighted Babbitts of the provincial cities.

But in 1990, as these conspicuous announcements demonstrate, corporate America has few qualms about endorsing most major-league art, since it so thoroughly mirrors their own cultural program. For all their talk about “windows to tomorrow” there is certainly nothing more audacious about these vanguardists than, say, commercials for MTV or perfume or shoes. This art is not adversarial; it’s not even “alternative.” It is, though, openly and utterly given over to PR experimentation, to the imperative of novelty and the other perennial themes of consumerist culture. The works promoted here are consumer products; from their countless facile attempts to startle, to the trendiness which supports their market value, to the easy alliances they have found with advertising campaigns. These days both artists and admen mouth standard paeans to the New and obligatory slights of those who fail to keep up with the industry’s latest models, and both cooperate in a transparent attempt to humanize certain loathsome corporations.

Shocking the bourgeoisie was never much of an artistic program in the first place.

Convinced as firmly as ever that the taste of our time has been determined by the imperatives of the Culture Industry, THE BAFFLER calls upon artists and writers to recognize the extent to which their craft has been appropriated by plutocracy for its own uses. The cult of the new that resounds so sneeringly from these ads is merely a smokescreen for the hegemony of planned obsolescence; the effort to shock simply a tool for the generation of markets; and the schemes of intentional obfuscation a shameful surrender to the powers which would render art toothless. The art of the “Next Wave” is a businessmen’s art; its techniques that of the PR-man. By deploying the once-radical concepts of “the avant-garde” and “the shocking,” business culture has eliminated the once-vital artistic opposition to its consumerist project.

In 1990 “avant-garde” means something closer to being the first on the block to wear a Batman t-shirt than it does to inventing a truly meaningful, penetrating representational (or abstract) technique. And shocking the bourgeoisie was never much of an artistic program in the first place. It’s just as shallow as ever, only today—with the sanctifying cultural models of the “Next Wave Exhibit” to guide them—it’s the bourgeoisie who go through an endless pantomime of shocking one another. Nobody is truly shocked anymore; the entire apparatus of shockery persists only because the shocking has been so profitably appropriated and fetishized: the perpetual scramble for the latest model has been blessed by a coalition of artists and admen, and the purchasing public is only too willing to buy and buy and buy as much art and cigarettes and clothing and cars and hi-fis as they can, provided their new stuff will vex their less up-to-date neighbor.

In the last century this marriage of business and art has produced a vast pan-media celebration of the folkways of Capitalism; an Official Style that subverts opposition by simulating rebellion; a dignified kitsch that gives apathy a sophisticated facade. Its works are displayed on the slick pages of almost every national magazine as well as in the nation’s trendiest galleries. The alliance of commerce and culture has convinced the booboisie of the urbanity of conformity more effectively than even the slickest of 1950s commercials. And, if their complacent vanguardism goes unchallenged, capital will have created a new and improved acquisitive machine that eliminates or co-opts its intellectual opponents like never before.

As Big Art draws bigger and bigger sums, the fundamental assumptions of the avant-garde are reduced to meaninglessness. The artist loses his crucial social position and becomes a more or less conscious propagandist for planned obsolescence; a corporate illustrator, decorator, or copy-writer.

And as literature becomes mired in precious sloughs of irony and textuality, these debasements lose their shame. Our writers veer unfailingly away from the central aesthetic questions of our time, opting instead to invent facile plays for hipness that can be easily sold to Madison Avenue. And the whole consumerist project itself, the central motive force and organizing theme of our age, becomes un-judgeable amidst the fogs of “undecidability” they have called down upon themselves. Impotent, powerless, fearful of forthright speech lest they privilege one discourse over another, they have left the world open to exploitation, manipulation, and control by those who know what they want: Wall Street

In a time when the “cutting edge” has become a powerful tool for mediocratization, we proudly rededicate ourselves to its blunting. In an age when the Hollywood glamor of the “avant garde” has long since overtaken its aesthetic usefulness, we happily devise new tactics to send it scurrying in disarray.