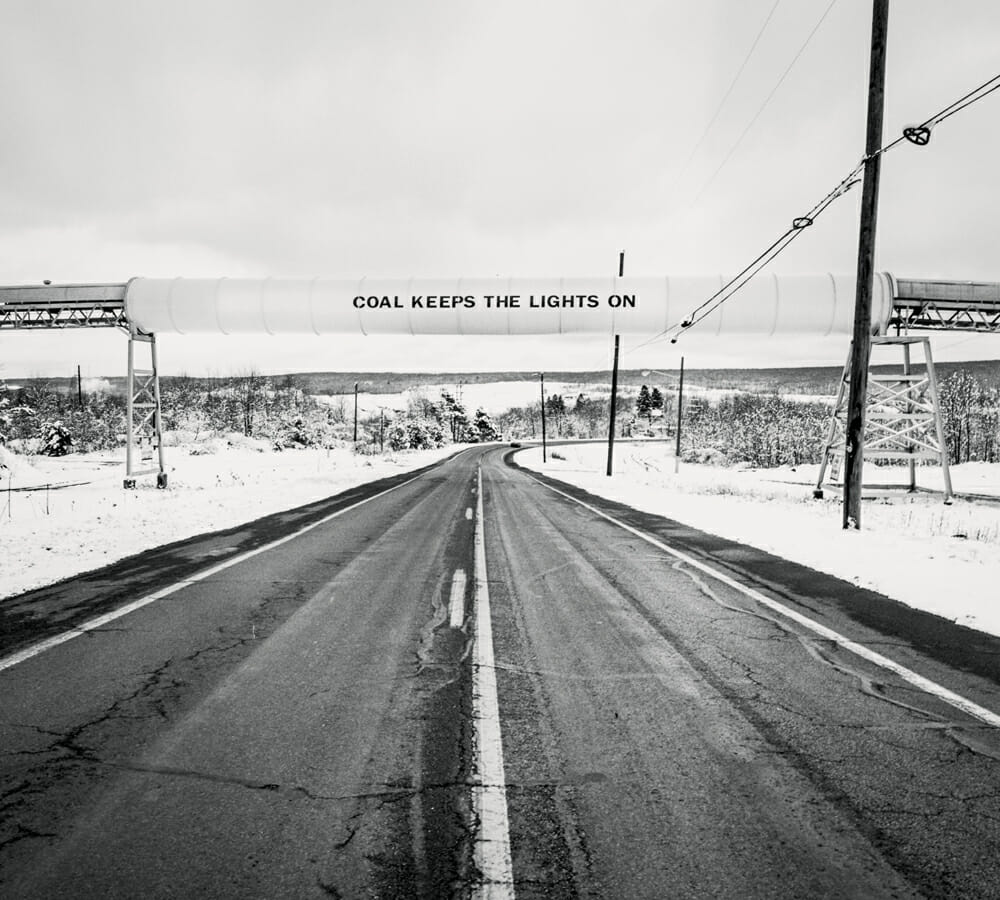 “Ruination happens at two speeds: furious and slow,” Susan Stewart writes in The Ruins Lesson. Either human error conspires with nature in lightning feats of physical destruction, or vegetation slowly overgrows the old stone monuments. In both cases, we’re left to scrape together meaning in the face of unmanageable timescales—the time of the ruin. Of course, we could be forgiven the comedy of our fumbling with geological time; we’ve never been much good at plotting against the planet’s long, slow hustle. But rapid despoliation as a form of economic policy—we might call it neoliberal time—is unfunny to the maximum.

It could be that terminal capitalism produces not its own gravediggers but its own waste managerial class (WMC): Who’s to say we’re not all sanitation workers now? Proud America manifests as a grandly toxic Superfund site, a landscape of slag and gob. But before donning our whole-body decontamination gear, we’d do well to draw up a map of the welter and trash. Do we begin with infrastructural or cultural, environmental or psychological breakdown?

It’s a case of reader’s choice: Issue 49 finds The Baffler “. . . in Ruins,” surveying the wreck both head-on and slant. In Emily Harnett’s painstaking study of Centralia, Pennsylvania, an uninhabitable mining town where longtime residents return to tend family graves, she finds “the site of a disaster that sounds too stupid to be real, a trash fire that will inherit the earth.” You could also think of Centralia—symbolically named—as an American everywhere, curiously resistant to halfhearted attempts at salvage. Similarly, in the front yards of Houston, Jake Bittle takes stock of the federal buyouts of property flooded by Hurricane Harvey, much of which lies in a hundred-year floodplain. The government now finds itself organizing a retreat, turning whole communities into “the living collateral” of a grossly mismanaged process. Prehistoric grasses, it turns out, might be the city’s last hope.

The WMC might also inspect our cultural production for signs of toxicity. Kate Wagner argues that by considering “ruin porn” in images of industrial architectural decay we might over come our grief and “begin to judge ourselves more harshly.” In his thorough examination of TV’s The Bachelor, or what he calls “the moon landing of trash,” M. H. Miller surmises that our “stupidest achievements” reflect upon us as much as our most glorious cultural monuments. Rachel Wetzler excavates the wastebasket of cable TV for “The Fox News Theory of Art,” which may convince you we’ve reached the sad endpoint of aesthetic history. And James Pogue decries the degradation of longform nonfiction writing, which is too often commissioned, written, and edited as “intellectual property” for Netflix and Hollywood. “We have a perfectly good word for the kind of writing and reporting this encourages,” Pogue writes: “trash.”

Meanwhile, Evan Malmgren travels the nation’s tattered highways and byways in a GMC Savana, attempting to evade the flash-crash of journalism by resorting to #vanlife. Instead, he discovers a more insistently networked existence devoid of temporal sanity. Back in physical reality, Michael Malloy visits the Berkeley Pit in Butte, Montana, where copper mining promises to contaminate the area for generations—he likens this gaping, poisonous hole to an abyss at the end of the world. Maybe it is, but time, furious or slow, won’t tell.