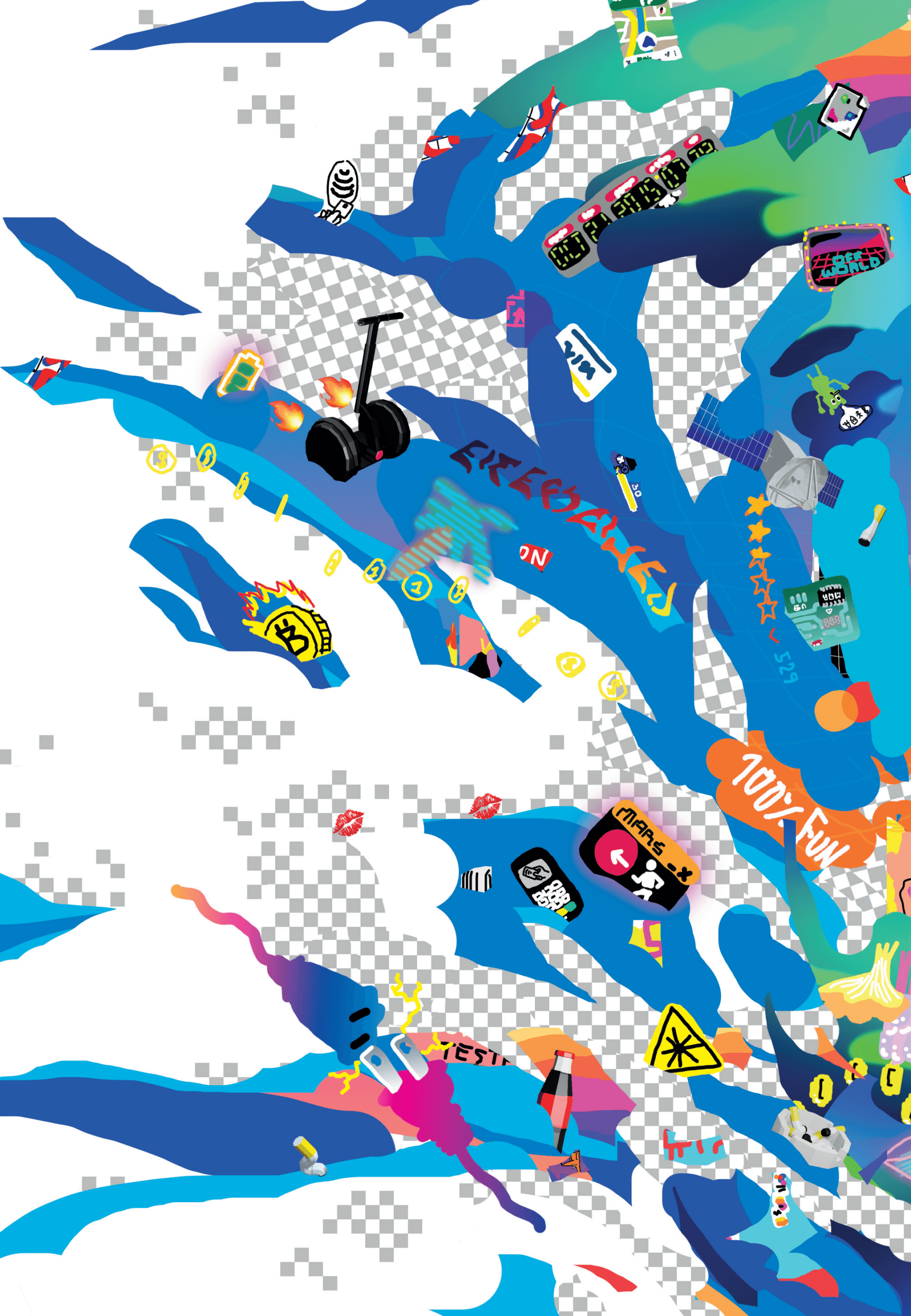 Forty-five years ago, the radical historian of science and technology David F. Noble observed a consistent pattern in modern American life: “Each major scientific advance, while appearing to presage an entirely new society, attests rather to the vigor and resilience of the old order that produced it.” Those words were written on the cusp of the personal computer revolution, which led to our dismally networked society of consumer-citizens addicted to disinformation and anesthetizing content-trash, injected into our brain stems by powerful, pocket-sized devices on hand at all times. Rather than delivering, in Noble’s words, on the “escalating promise of technological transcendence,” the twin forces of scientific technology and corporate capitalism gave rise to global behemoths—Microsoft, Apple, Facebook, Google, Amazon—that reproduced the same “corporate monopolization of technological intelligence” that marked the industrial age. We’re living in what Noble described in America by Design as “a remarkably dynamic society that goes nowhere.”

Can anyone possibly believe that this time, it’ll be different? Apparently so. For Baffler no. 64, “Reality Minus,” our writers find enthusiasts for all the latest varieties of technological utopianism. Virtual reality? Life in the metaverse? As Jeffrey Sconce notes in “Three-Dimensional Mess,” you will be expected to participate in this brave new world—and to like it. “For those who can pay, Club Zuck may well offer a few hours of diverting yet ultimately sad grinding in a hallucinated discotheque,” Sconce forecasts. Yet, how dispiriting to see “the human species continue to run away from itself, draining more and more enchantment from the real world just to prop up commodified fantasies of disembodied contentment in places that do not actually exist.”

Will there be fun? Lyta Gold recalls the holodecks on Star Trek as a model for high-tech, anything-goes escape. But in “No Sex for You,” she explains that in Mark Zuckerberg’s Meta-branded metaverse, sexual freedom will be way too complicated for designers to manage. The leisure activities Zuck’s envisioned for his virtual world are almost unbearably wholesome: “a child’s idea of utopia.”

That kind of arrested development distinguishes so many visionary tycoons leading us against our wishes into their idea of the future. In “Musk of the Spheres,” Jacob Silverman zeroes in on the leading contender to become the new Brat-King of Twitter. Elon Musk might or might not end up owning his shiny toy, but in proposing to sink billions into a platform for short-form bloviating—a company that Musk uses to juice Tesla’s stock price but that creates nothing of lasting worth—he becomes the very image of wealth without value. Noah Kulwin, in “Tales from the Thrifts,” sees parallels between the savings-and-loan scandals of the 1980s and today’s cryptocurrency schemes. At least the S&Ls helped people finance homes. Kulwin writes that in the world of cryptocurrencies, “it’s waste all the way down.”

Artificial intelligence, rule-by-algorithm, augmented reality . . . it’s not all in the distant future. As Lizzie O’Shea explains in “Dystopia for Realists,” it’s happening now, and these systems “provide cover to governments that prefer to spend money on technology-as-magic rather than grapple with social inequality and dysfunction.”

David Noble saw in our history of technology a pattern of “change without change.” That’s another way of saying that we are devoted to “innovations” nobody needs while we get nowhere, as Sconce puts it, in making “the decidedly non-Meta lives of most humans slightly less awful for the limited time we each have on this ridiculous planet.”