Two weeks ago, while I was watching David Lynch’s Twin Peaks: The Return, a naked Moroccan man appeared in my head. This visualization wasn’t a Lynchian fantasy or a lusty daydream. The man in my mind was a character called Ali, and I had seen him before—in a film, ten years earlier.

Ali is the title character of Rainer Werner Fassbinder’s Ali: Fear Eats The Soul (1974), a film that is, among other things, a scornful survey of racial stratification in 1970s Germany. It centers on the romantic relationship between Ali (El Hedi ben Salem), a black Moroccan immigrant in his late thirties, and Emmi (Brigitte Mira), a white German woman nearly twice his age. Through the prism of this relationship, Fassbinder implicates all of white German society in its harsh treatment and exploitation of men like Ali.

Though Fassbinder’s Ali is a masterpiece, it’s an imperfect one. It eventually suffers from some of the ills it critiques. Several times we see Ali stark naked; in fact, he’s one of only two characters in the film to strip down. He bears the brunt of sexuality onscreen, and the objectification of his body doesn’t stop with the people who hurl abuse at him. Fassbinder, too, objectifies Ali—by fetishizing him. How many times do we see Ali’s penis? How often is the audience made to stare at his torso? I stopped counting. In evoking the verisimilitude of postwar West Germany’s xenophobia, Fassbinder reproduces these conditions cinematically, and not always knowingly, for ben Salem. It could be argued that Fassbinder is recreating the gaze that sexualizes even as it hates—and hates because it sexualizes—but that gaze is his, too. Tellingly, Fassbinder makes a cameo as Emmi’s bigoted son-in-law.

The exchange left me just as confused as Jade. Is she also a real estate agent? Will she be the only black character in the new Twin Peaks?

The image that made Ali pop into my head was of a nude black woman leaning over an Agent Cooper lookalike in part three of the new Twin Peaks. The first time we meet Jade (Nafessa Williams), she’s bored and in the buff; presumably, she’s just finished having sex with the Cooper clone. Lynch’s framing—he’s directed the entire eighteen-part limited series—makes Jade look like a subject of the photographer Deana Lawson, who captures black women, often nude—though in markedly different circumstances. In Lawson’s photographs, women are shown with their lovers, or else posed alone in aesthetic defiance, bathed in bright lights. Lynch, in his scene, wants it darker. Our introduction to Jade takes place in a dim, semi-barren room with the blinds drawn halfway. And unlike the women in Lawson’s photos who often look at the camera, Jade does not break the fourth wall. Her presentation is aesthetically fascinating; despite being in her birthday suit, her makeup is impeccably done, and her hair looks freshly pressed. It does not appear that she had to break a sweat for this tryst.

Jade, apparently, is a prostitute, and she’s being paid to spend time with Dougie Jones, a pitiful salesman (again, a Cooper doppelgänger also played by Kyle MacLachlan). From their interaction, it’s clear they have a regular arrangement. She treats him with the kind of businesslike detachment typical of televisual depictions of sex work; she collects her money and leaves the bedroom to shower. While she’s washing, Agent Cooper is transmitted into the room by way of an electrical socket; he replaces Dougie, who has vanished after dying violently. When Jade returns, she finds Cooper in Dougie’s place. She registers the change in her client’s attire and disposition, but she’s in a hurry to vacate the model home they’ve used for the encounter. Moments later, the pair drive past a welcome sign for the housing development. It reads “Rancho Rosa”—also the name of Lynch’s production company—and it depicts several cheery white families, an image that signals we’re in an all-white enclave. The non-couple head out into the Las Vegas sun, a little discombobulated, and Jade drops Cooper off at a casino.

The exchange left me just as confused as Jade. How did she have the keys to a model home? Is she also a real estate agent? Are the other homes on this development also unoccupied? Will she be the only black character in the new Twin Peaks? On the surface, the scene is classic Lynchian plotting: untoward, even shocking behavior in an all-white space. Yet the resulting sequence leaves much to be desired. Of course, there are fourteen more installments to come, but what I’ve seen of Jade in part three is worrisome, to say the least.

In Lynch’s Blue Velvet (1987), opening scenes offer an American fantasia of the 1950s, one with blue skies, crisply dressed firemen, and a handsome lawn with a festering ear beneath. As a collection of images, it’s a remarkable distillation of an evolving theme; three years later, Twin Peaks would expose the rot beneath the sunshiny pleasantness that pervades suburban communities. The show, it’s fair to say, carried Lynch’s vision forward, mixing melodrama with the phantasmagorical in a neat allegory about American violence, turning the country’s quintessential Dream into a hallucination. Yet, intentionally or otherwise, it’s a hallucination that is pervasively white.

In the preceding seasons of Twin Peaks, people of color are few and far between. Aside from Deputy Tommy “Hawk” Hill (Michael Horse), Agent Albert Rosenfield (Miguel Ferrer), and Josie Packard (Joan Chen), the primary cast is all-white. The only other non-white character is a minor one: Jenny (Lisa Ann Cabasa) works the perfume counter at Horne’s Department Store and is recruited to moonlight at One Eyed Jack’s, the community’s high-end brothel. There are no black people in this world, which makes sense in one respect: Twin Peaks largely takes place in Washington state, part of the Pacific Northwest, home to Oregon, where the Exclusion Law of 1844 (among others) prohibited blacks from living there until it was finally repealed in the 1920s. The show’s lily-white casting, then, mirrored the Pacific Northwest’s overwhelmingly white demographics.

Twenty-five years later, things have changed—in a way. As the first four parts of Twin Peaks: The Return demonstrate, the show’s universe has expanded beyond the boundaries of its namesake town. Now the action takes place in New York City, South Dakota, Las Vegas, and Philadelphia—in addition to the fictional Washington valley community.

To borrow Showtime’s catchphrase for the new Twin Peaks, “It is happening again.” In this case, the “it” is the stereotypical rendering of black people.

You might reasonably think that Lynch’s expanded world would open new possibilities for storytelling and characterization. Sadly, this doesn’t seem to be the case—at least not so far, and not in terms of its rote depiction of a lone black character. As it happens, Jade serves to do little more than recall Jenny from Horne’s Department Store, who doubled as a prostitute at One Eyed Jack’s. And this alone is enough to render Jade a version of Fassbinder’s Ali: a black symbol in a white world, meant to communicate a vague if deep truth about the world its characters inhabit. Sure, Jade probably has more agency and upward mobility than Ali, constrained as he was by the strictures of postwar German hostility. Nevertheless, her time onscreen is purely—even literally—transactional.

This is nothing new. To borrow Showtime’s catchphrase for the new Twin Peaks, “It is happening again.” In this case, the “it” is the stereotypical rendering of black people—black women—as token sexualized objects. The casting decision and Jade’s characterization seem to indict Lynch’s much-vaunted dreamscapes: despite their surreality, they fail to defamiliarize the prevailing representation of black women as anything more than sex objects. Not even in David Lynch’s helter-skelter world can black women be as eccentric and ecstatic as the show’s aesthetic would seem to demand. (I mean, this is a show with a talking tree that speaks in concert with electrical crackling.) Which is to say that the idea of a black woman character not working in a sexualized fashion is more surreal than even Agent Cooper’s trips into the Black Lodge. In fact, the dialectic of the White and Black Lodge could be seen as a metaphor for Lynch’s limited racial purview.

This is not a call for more black characters on Twin Peaks. Black characters drafted after a public outcry are usually poorly written. Nor is there any validation in having token black characters written by those with little interest in writing black characters in the first place. I’m going the other way: if they’re going to be presented like this, why have them on at all?

It’s possible, if unlikely, that Jade is a symbol for black women’s depictions on television; Lynch has long troped television and film conventions in his work. Mulholland Drive, for instance, is a meta-take on showbiz; J. Hoberman has described Inland Empire as a film about digital recording; and the first, Lynch-led Twin Peaks cleverly satirized soap operas and mysteries, melding them into a strange new form. This time around, too, Twin Peaks is heavy with film and TV metaphors. We’re introduced to a young man who is paid by a shadowy billionaire to keep his eye on a mysterious glass box. A rapt Sarah Palmer watches a gruesome nature documentary as the camera pans up to spy a decorative mirror placed above her couch. For a moment, you can see Palmer and the wild animals she ogles at the same time.

But even if this Jade character is meant to telegraph some truth about how black women have been treated historically, or in art and media, what would that truth be? To argue that black women are represented poorly by representing them poorly is a self-fulfilling prophecy. If Jade doesn’t return, and if there are no other black characters on the show, I’ll be fine with it. When we last saw her, Jade, like me, had seen enough. She got her money and absconded from that model house before things got worse. 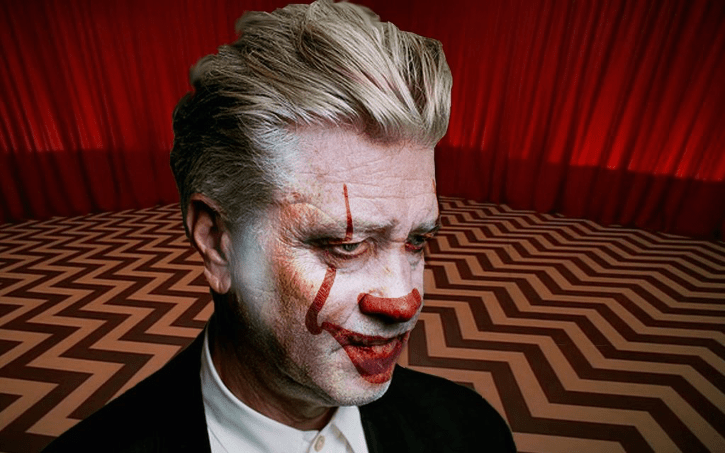 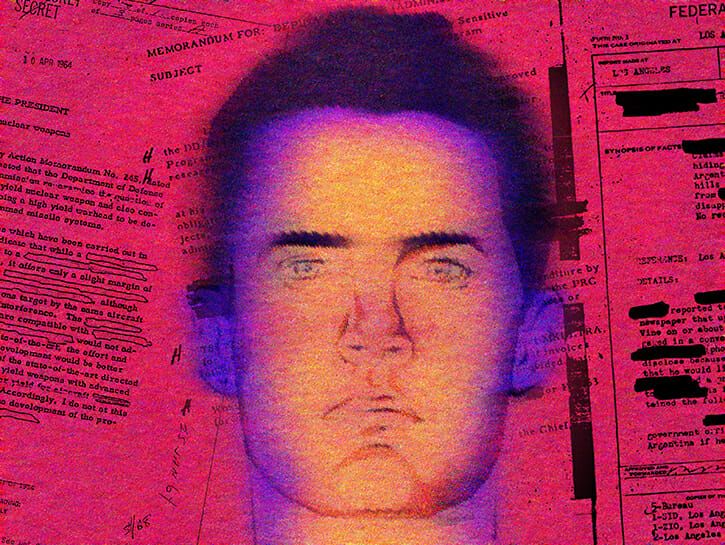 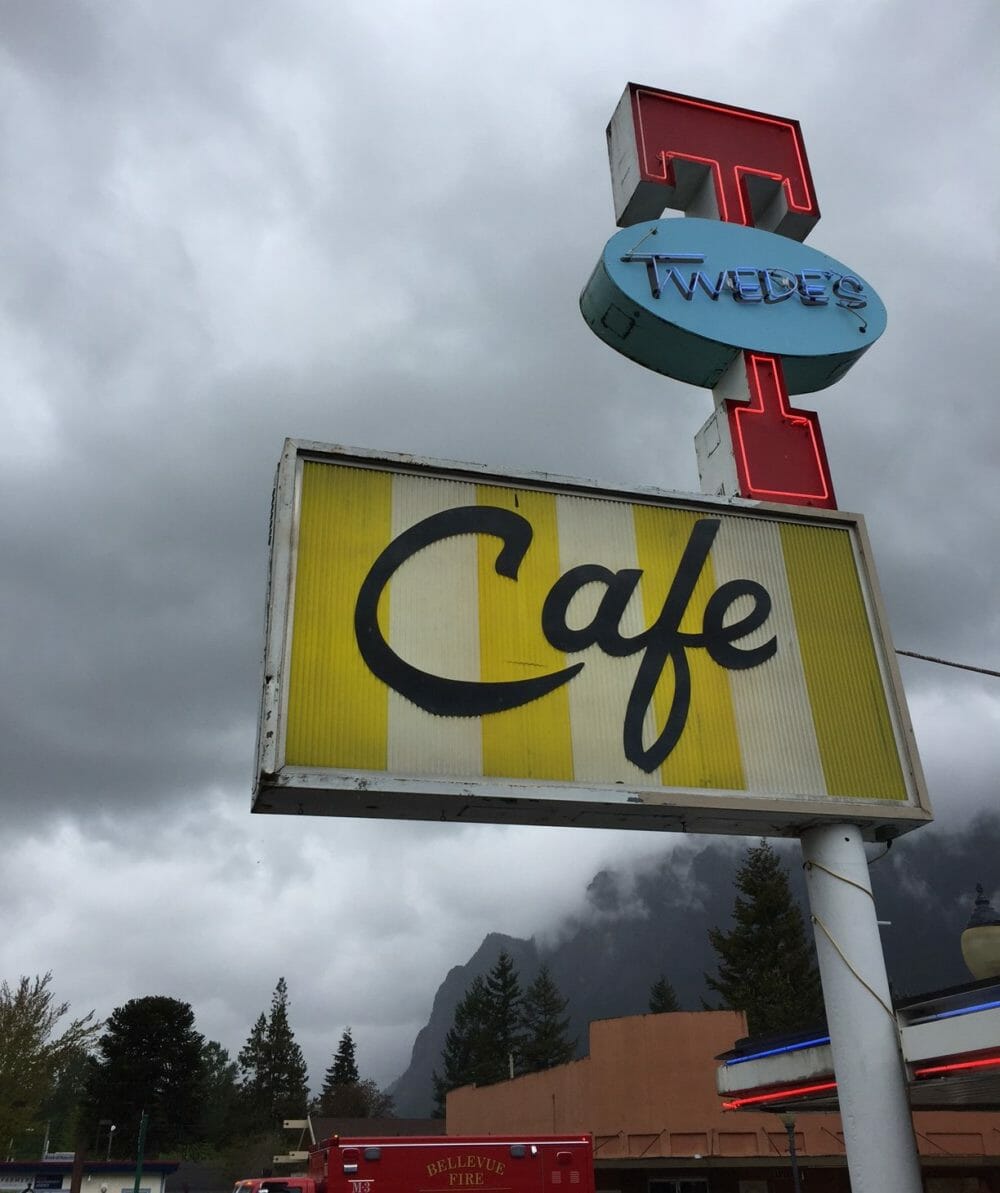